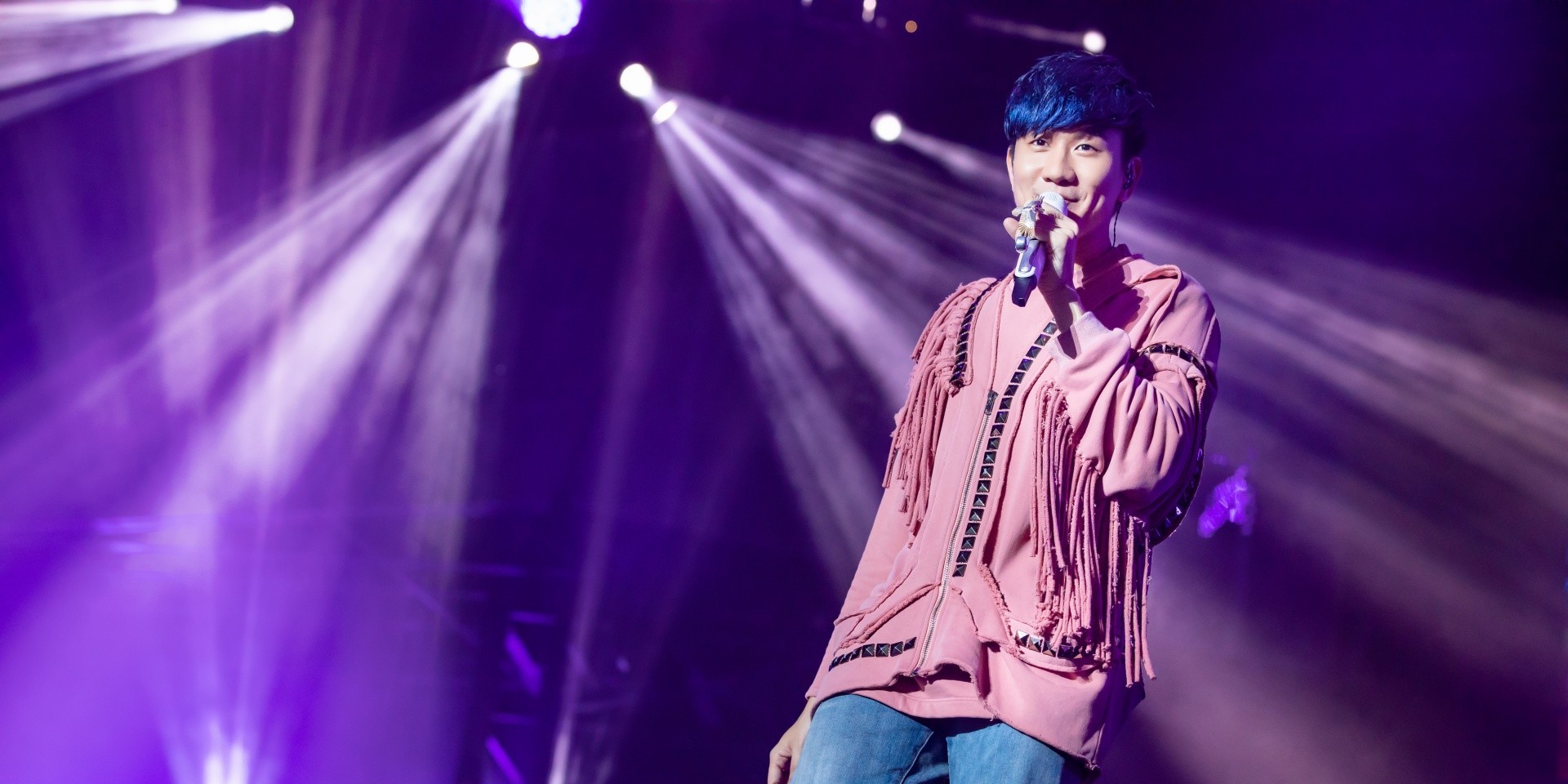 From sold-out shows to additional concert dates, the highly anticipated JJ Lin Sanctuary World Tour in Singapore kicked off its first show on Wednesday at the Singapore Indoor Stadium. JJ Lin, who performed back in home ground after three years, couldn’t hide his excitement when delivering the three-and-a-half hour show packed with classic hits. 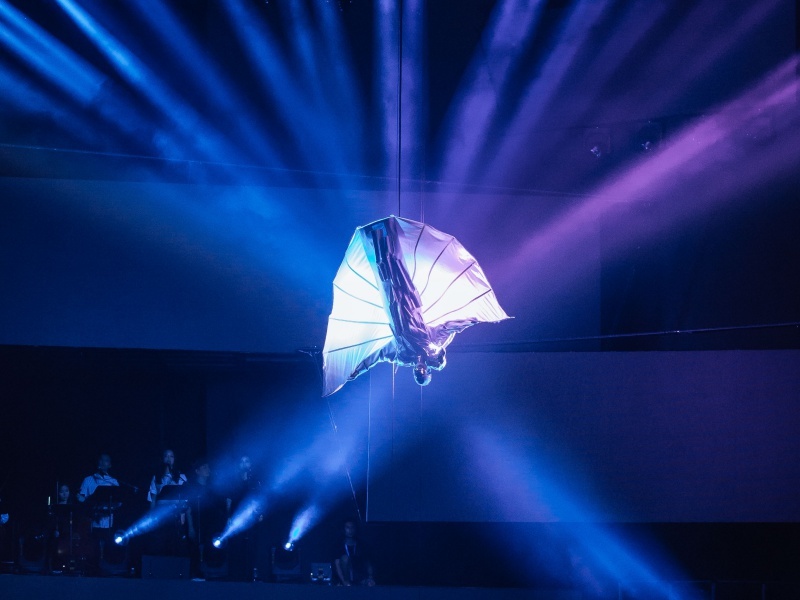 JJ Lin opened the show with his all-time classic ‘A Thousand Years Later’, while being suspended mid-air. Wrapped in his costume, which slowly then spread into a pair of wings, JJ ushered the audience into his music sanctuary. After a few dance tracks to heat things up, he greeted Singapore fans with excitement. “I’m glad I’m home…this is the 20th show…but I believe it’s always different at home,” which elicited a roar of cheers from the crowd. Performing to a home crowd, JJ seemed more relaxed and casual. “So I can speak Singlish throughout la, today?” he laughed as he spoke with a Singlish accent, and the crowd loved it.

JJ continued the show with a few newer dance tracks to heat things up. After a change of costume, he came back on stage and performed some older tracks like ‘Westside’ and ‘Raindrops’ with the accompaniment of an erhu. 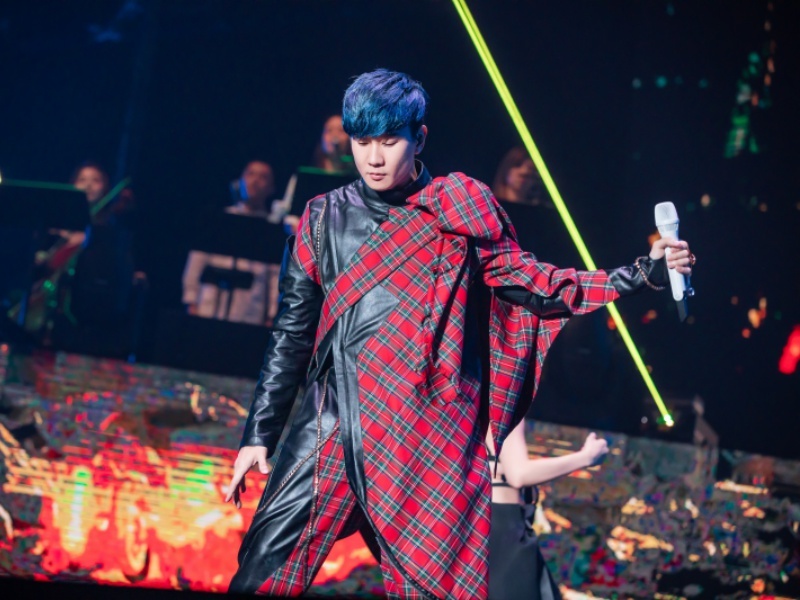 It’s not a JJ Lin concert without a massive karaoke session; the singer teased fans with a melody of familiar ballad hits such as ‘The Key’, ‘Love U U’ and ‘Those Were The Days’, which fans sang along to with great gusto. And this was but the first part of the concert.

When a piano rose up on stage, the crowd seemed to know that it’ll be expecting a series of series of classic hits to sing along to. And as we all guessed, JJ played the piano and delivered some old goodies such as ‘She Says’, ‘Remember’ and ‘Sarang Haeyo’ for fans to sing along to. His live performance of ‘Practice Love’ absolutely showcased his vocals live and proved his reputation as a “walking CD” right.

Although the stage setup for this concert was simple, the visual projections and stage effects did a great job of enhancing the entire concert experience. It was a visual treat, especially during ‘53 Dawns’. With modern dance and visual projections which created a black-versus-white imagery, the stage performance accentuated the emotional tunes and hit us just right in our hearts. 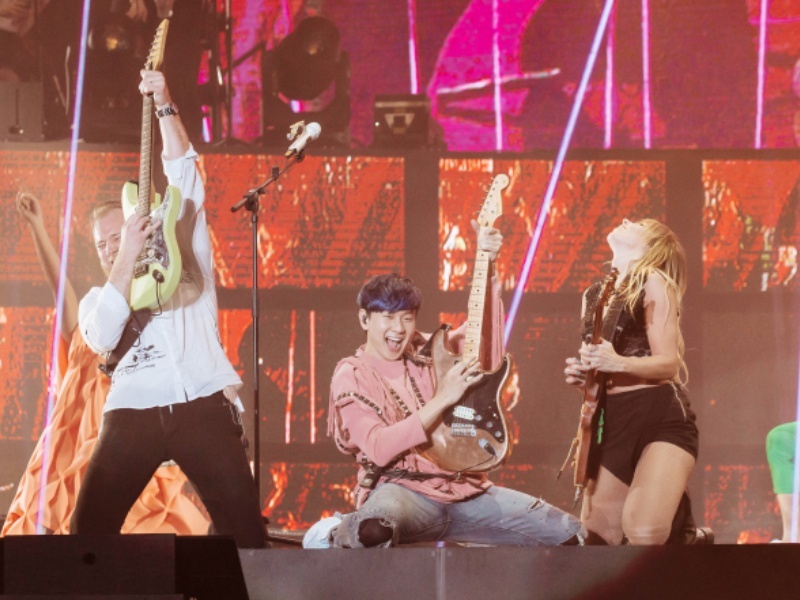 To get a closer look at fans sitting at the third storey, JJ stepped onto a tall extended stage in a casual pink outfit, singing an upbeat ‘Paper Clouds’. He even sat down on the edge of the stage interacted with fans seated at the higher storeys.

The absolute climax of Wednesday’s show was no doubt when JJ decided to have a singing battle among the fans. He split the audience into two teams - Team Hainanese Chicken Rice and Team Bak Kut Teh and each team took turns to sing over Charlene Choi’s verse in the hit duet ‘Dimples’. 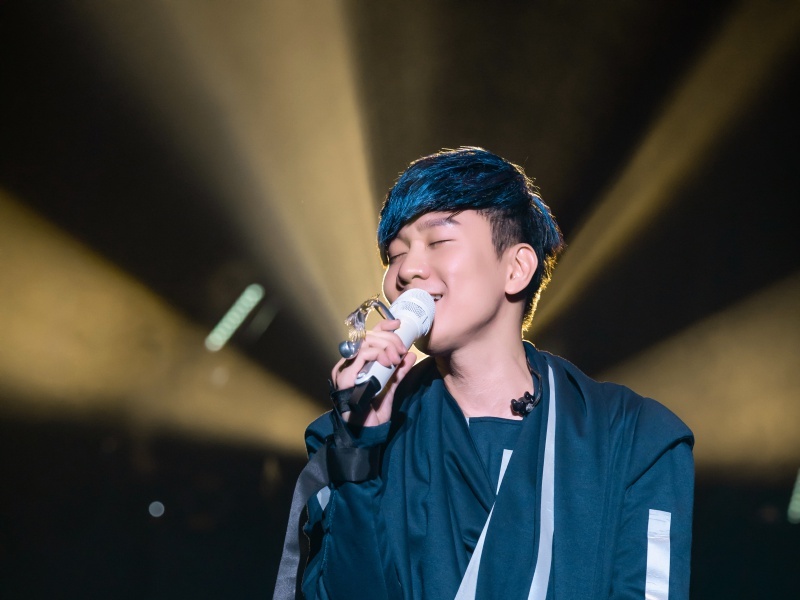 Apart from the tracks well-loved by all audience, JJ also brought back some older dance tracks like ‘Tomorrow’ and ‘Killer’. He even showed off some dance moves during ‘High Fashion’, ‘You N Me’ and ‘Own The Day’.

Performing back at home, a number of his friends turned up for the concert. JJ even cheekily pointed out local singer Kit Chan was sitting among the audience; their brief interaction showed their close friendship and made fans laugh. 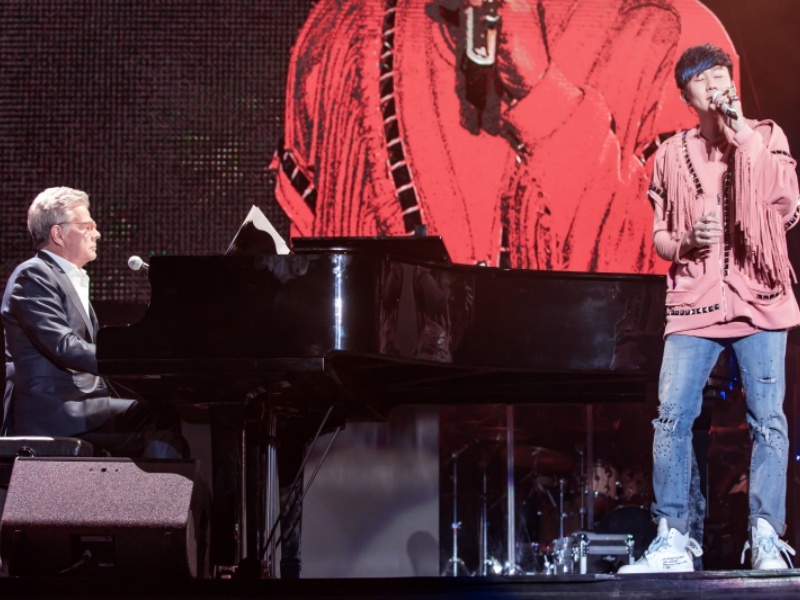 David Foster, who was the music director for JJ’s Sanctuary concert, even made a special appearance in Singapore. Fans were left in shock and awe when he appeared on stage. JJ covered a couple of songs written by Foster such as ‘You Raise Me Up’ and ‘All By Myself’. But his cover of Whitney Houston’s ‘And I Will Always Love You’ was probably the most epic performance of the night. His high notes once again proved his wide vocal range and amazing singing abilities, leaving audiences awestruck. 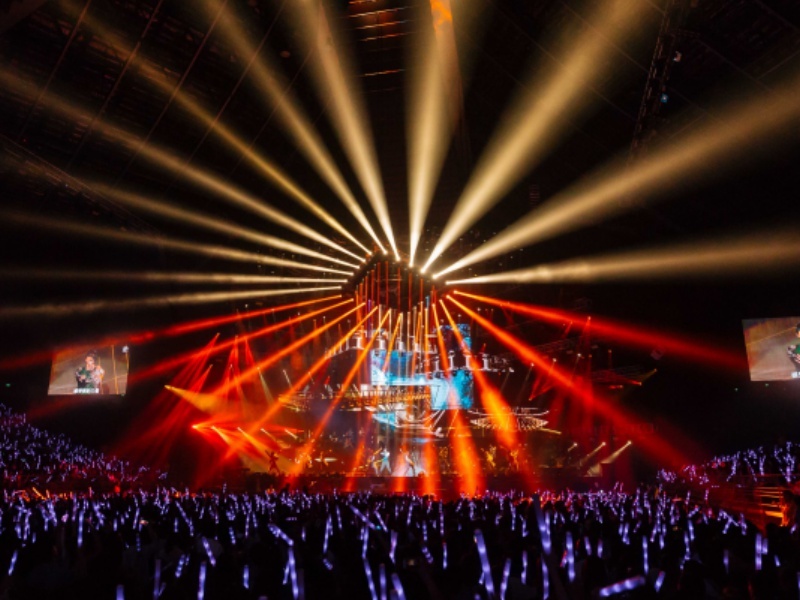 Wrapping up the concert, fans sang their hearts out to three classic ballads, ‘River South’, ‘Whenever’ and ‘Twilight’.

It was truly a night to remember – we will hold that night in our memory forever.