When JJ Lin isn't belting his lungs out on stage or competing in Esports, he's working tirelessly to bring everyone good vibes under his lifestyle label Still Moving Under Gunfire (SMG).

On 23 May, the Mandopop star launched SMUDGEstore Taipei, a lifestyle concept store offering coffee, food, and fashion all in one place. Its aesthetic mirrors its Shanghai counterpart, which was launched just last year, but with the bonus of an exclusive menu curated in collaboration with Miracle Coffee, which is yet another extension of Lin's SMUDGE concept store. 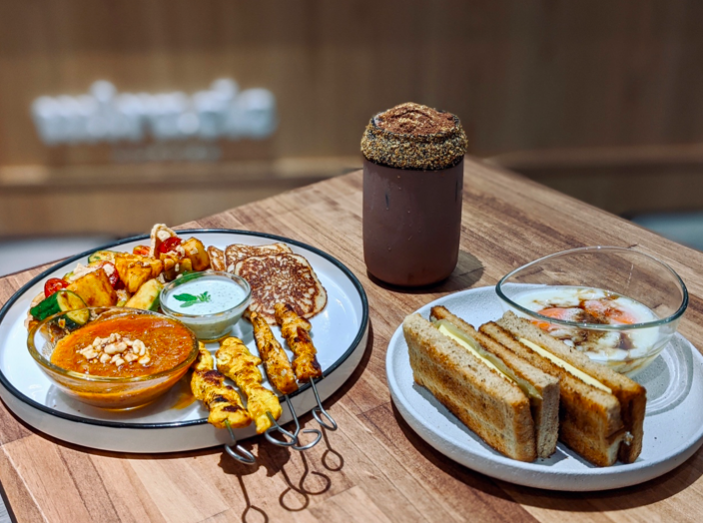 The menu will see offerings such as Kaya and Sugar Toast with Half Boiled egg and Miracle Milo, and even brunch specials such as Souffle Omelette, Maple Chicken Bacon and Waffles, and more.

The collaboration between the two brands has also given rise to SMG x Miracle Soft Serve. It reflects Miracle's Coffee's philosophy of providing respite from the busy tedium of working life, except this time with ice cream instead of just coffee. Patrons can also look forward to limited-edition merchandise that will only be available in the Taipei store in June.

Friends of the Mandopop star, such as Jam Hsiao, Jay Chou, Jimmy Lin, and Harry Chang have flocked to the store to show their support, prompting the singer to brew coffee for them himself.