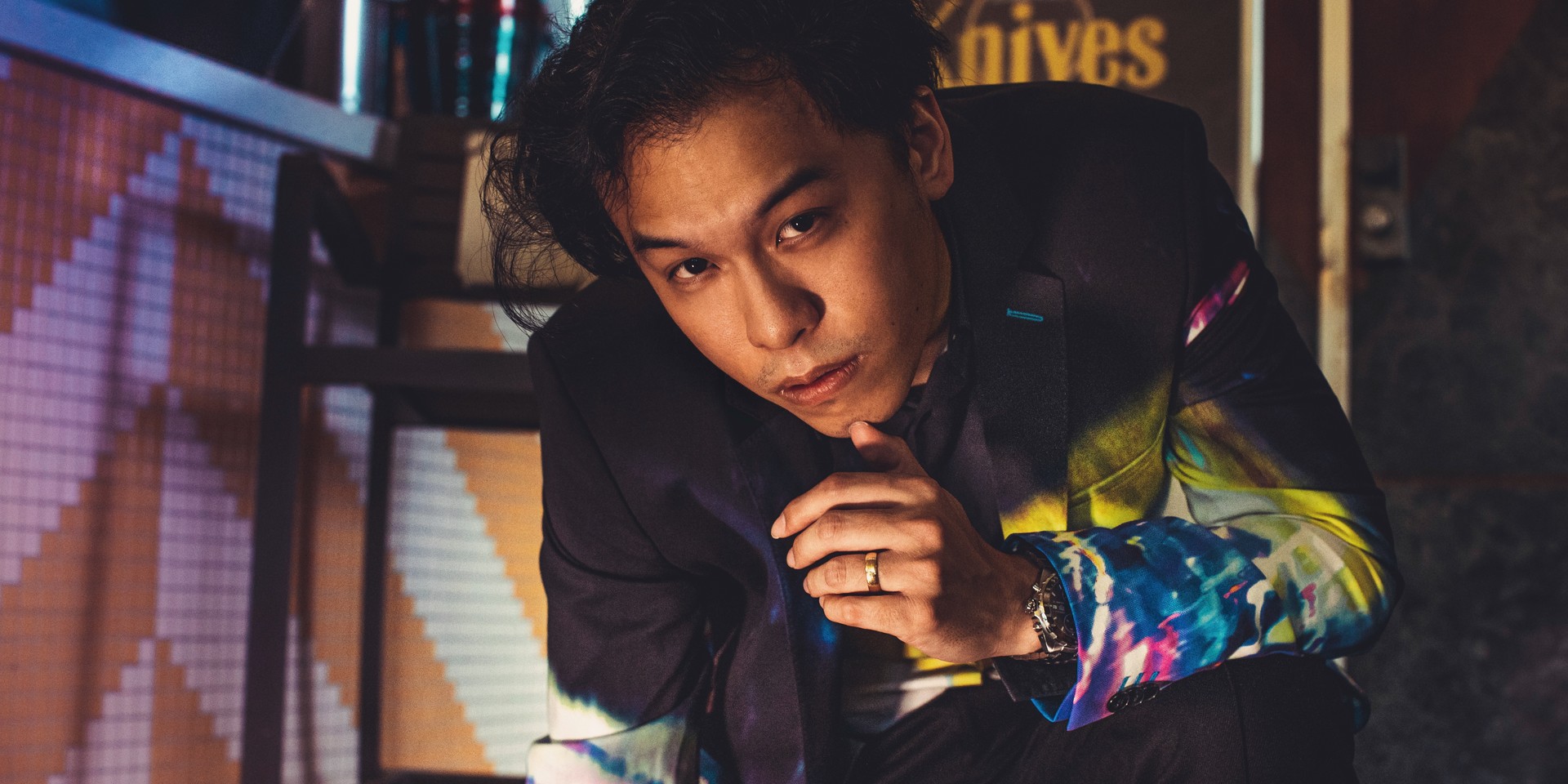 Jon Chua JX writes a letter to his five year-old self in his latest song, 'Give It Back'.

When not playing Spiderman or God of War on PS4 or binging Netflix shows like the rest of us (he's currently hooked on serial drama The Blacklist and The Last Dance, a Michael Jordan documentary), the singer can be found either catching up with Sezairi and Nathan Hartono over Discord or trying his hand at cooking Thai Boat Noodles and Cottage Pie, the latter of which he claims to be his proudest creation yet.

Life's going at a slower pace right now, but Jon is using this time to look back and indulge in a little nostalgia with his recent single, which he wrote after being inspired by a Jack Ma documentary where he said he was happier when he was a school teacher, prior to becoming China’s richest man. Simpler times are always rosier in retrospect, and it's this sentiment that prompted Jon to write a song containing all the best moments in his life.

"I think (it's) the first song that I’ve ever released that felt like it’s purely for me," he tells Bandwagon. "I didn’t want it to be for anyone else but myself. But at the same time, if people can relate to it, I’m happy, of course. I’m not concerned about the number of streams or views, but I really wanted to showcase and look back on my own life, which is why the lyric video was just based on my favourite memories."

Below, he takes us through a trip down memory lane and tells us about the ten most defining moments in his life that were captured in his lyric video, from his adventures with The Sam Willows (RRILEY won the most wrestling matches amongst them at some point) to proposing in New York in just over six months after meeting his wife. 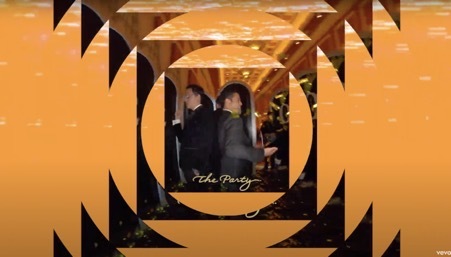 Towards the end of 2019, my wife Amanda Chaang and I took a trip to Los Angeles and spent New Years in Vegas with the invitation of our close Malaysian friends Kuyim and Marisa. We got to watch Drake at the Wynn on 30th December where he was 3 hours late to his performance. It was nothing short of epic and the energy was unmatched.

On New Year's Eve, we went to “The Party” where we were ushered into 2020 by the brilliant Kelly Clarkson. Without a doubt it was the best vacation I’ve ever had. During the trip in Los Angeles, my wife and I ran into Lil Yachty & Tyler the Creator on separate occasions too. I’ve been to the US a couple of times, but never was in the presence of so many US artists before. And yes, I got really drunk in Vegas…no regrets. 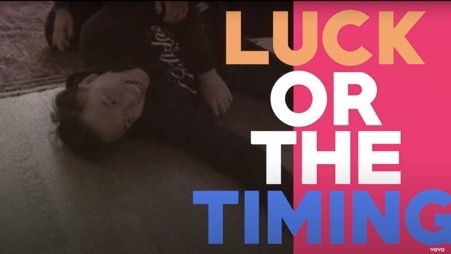 This was The Sam Willows’ second trip to Stockholm. This memory was precious because we didn’t have a tour manager with us. It was just the 4 of us and our videographer, Hypebong. We decided to get an Airbnb that was about 40 minutes away from the studio. It was located in a housing area with a really nice family-run bakery.

One of my favourite memories was us throwing all the cushions on the floor, and having our own wrestling match. I’m not proud to say this, but I remember losing most of the matches; I think Sandra was the ultimate winner. One of the most memorable trips with The Sam Willows for sure. It was snowing very heavily, and we would have our occasional snowball fights. We shot a cover video in the -0 degree weather where snort was just dropping down my nose and we could barely feel our faces.

We also had really terrible Asian food, like absolutely terrible. That made me miss home so much. A fond memory was us going to a middle-eastern food place to have Curry Banana Pizza. Yes you heard that right, curry banana… 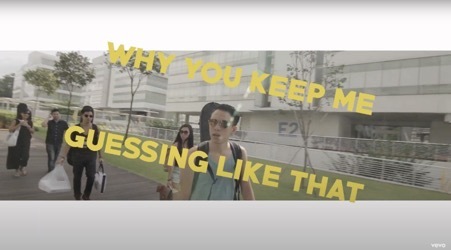 The year The Sam Willows played Ignite Festival was probably the time I decided to dedicated a huge portion of my life to the local Singapore music scene. It was beautiful. To see so many people gather together to celebrate Singaporean music, regardless of genre.

I remember Ben and I going to Causeway Point after our soundcheck, where we got into an argument with someone who tried to steal our parking lot. [It] made me realise that Ben and I make a good tag team (no, there were no physical altercations). Back to the show, it was a really precious moment when the crowd was singing to 'Take Heart', and just enjoying themselves. I live for that moment. 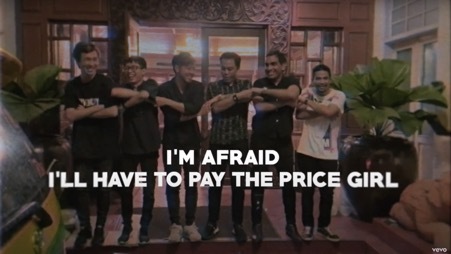 My boys and I took a trip to Bangkok for my bachelor party. We spent a significant time partying at clubs, hanging out in our apartment, shopping and having good Thai food. I remember being drunk almost every night, and it was all smiles throughout the trip. We took an hour to get from our apartment to the mall because of traffic, spending the whole journey playing Mobile Legends. And it took us 10 minutes to get back on a motorcycle, where all 6 of us had our own bike. It was pretty memorable. I’d like to give something more juicy, but I was pretty much drunk throughout. 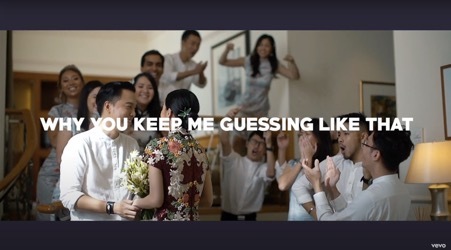 Having my friends around at my wedding was amazing. Leading up to the day, we had a solemnisation party, yacht party, and a photoshoot. We were lucky to take advantage of the NDP rehearsal fireworks during the wedding itself. It was an amazing sight when everyone came down to the dance floor to party.

Half the guest flew down from Malaysia and it was an epic night of Singapore & Malaysia partying together. Sezairi sang 'It's You' and it felt so perfect. The gate-crashing in the morning included some of the boys getting their legs waxed, and some spanking too. The night ended with a boozed-filled party at Straits Clan. We thought since we’re moving venue from Clifford Pier, we accounted for 50 people to show up. We had 140 people and by the end of the night, everyone was all smiles. My father-in-law stayed to party with us till 4 am. It was awesome. 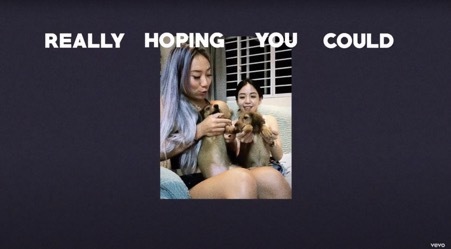 In January 2019, Amanda and I did a photoshoot with Pets Magazine, where there were 4 of the cutest corgis I’ve ever seen. It was that same day that we decided to get Chilli the Daschund, who happens to be Sandra’s new puppy, Nacho’s sibling. It was over Chinese New Year, a month later when the dogs got to meet.

It was really the cutest sight ever. It really changed my life for the better, having to take care of a dog like Chilli: feeding her every day, cleaning her shit and pee...I’ve never touched so much pee in my life. But the dogs make me smile so much, and its definitely a huge point in my life. 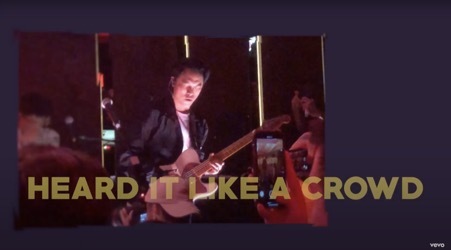 Zendyll is a big part of my life. Starting off as a small production company in a bedroom, to the multi-studio facility at Pegu Road today, its a huge milestone in my life. At the end of 2018, we decided to launch the record label and publishing label side of Zendyll; signing Estelle Fly as an artist amongst several songwriters such as Vandetta, Jason Gelchen, and recently having younger writers such as Tengyboy and BLYC.

The Zendyll Records Launch in Dec 2018 at Kilo Lounge was extra memorable because I had The Sam Willows come up to support me, alongside other featured performances such as Fariz Jabba and Tabitha Nauser. Zendyll is the second music family I have, and I’m super grateful to all the staff, the writers/artists, and partners that have supported and entertained my crazy ideas. 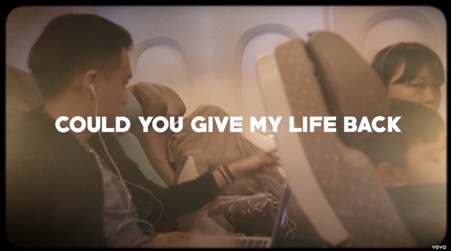 After my meeting my wife in 2017, Kuala Lumpur became my second home. I made many friends and visited the country monthly. The Sam Willows would head to KL for shoes or radio tours about 2-3 times a year too. Our last trip as a band was to KL, and that trip was amazing with more friends showing up for our show.

I personally felt more connected with the Malaysian audience. I remember taking the band to some of my favorite places to eat, such as pork noodles at Champs, and also introducing them to maggi-goreng-Ramly-burger. At that point in time, we didn’t know it was going to be our last trip together for a while, and I felt like we enjoyed the trip throughout. We would get very little sleep in KL, because we’d be out with friends till late just soaking in that Malaysian vibe. 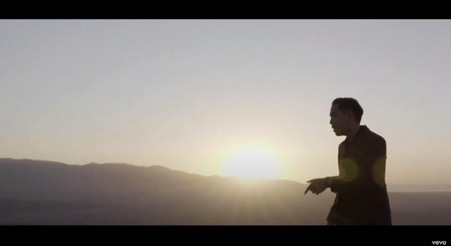 Going to Los Angeles as a solo trip to shoot my music video and do some recordings was amazing. I remember starting the shoot with Jay Ahn (who shot ShiGGa Shay’s 'Paiseh' MV) at 8pm in downtown LA, and we drove out to the dessert on the way to Arizona and got there by 4 am, just before sunrise. The scenery was breathtaking and we had an hour to get the shot done before the sun would get too glaring.

It was also the first time I got to meet Flannel Albert, after communicating online for almost a year. That trip marked the beginning of my solo journey, which is both exciting and scary at the same time. 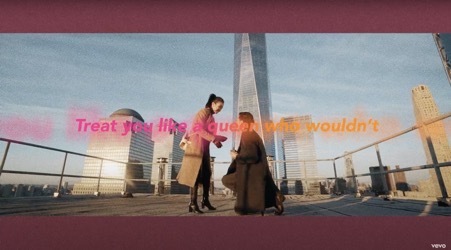 This trip took place slightly over 6 months after I met my wife. Some people think I’m crazy, I just think I’m certain. We were in LA the week before the proposal, where we just chilled. Heading into New York, I was super nervous. I told the rest of the band before this and they were super excited for me. Did the right thing by asking her parents the month before for their blessing.

I wanted to capture the moment and reached out to a New York photographer I met in Singapore prior. He agreed to shoot and brought a friend along to shoot a video. We told Amanda that the friend was just shooting a school project so she wouldn’t have any idea. The shots turned out beautiful and fortunately Amanda said ‘yes’ (otherwise my first song wouldn’t be called 'Ready for Ya', and more like ‘I’m sucha loser’).

I only found out the day after the proposal that the photographer shot for Logic and the videographer shot for Khalid before. It was a badass crew and I’m grateful for that. But most importantly, that memory in New York will always be with me.

Watch the lyric video for 'Give It Back' below.