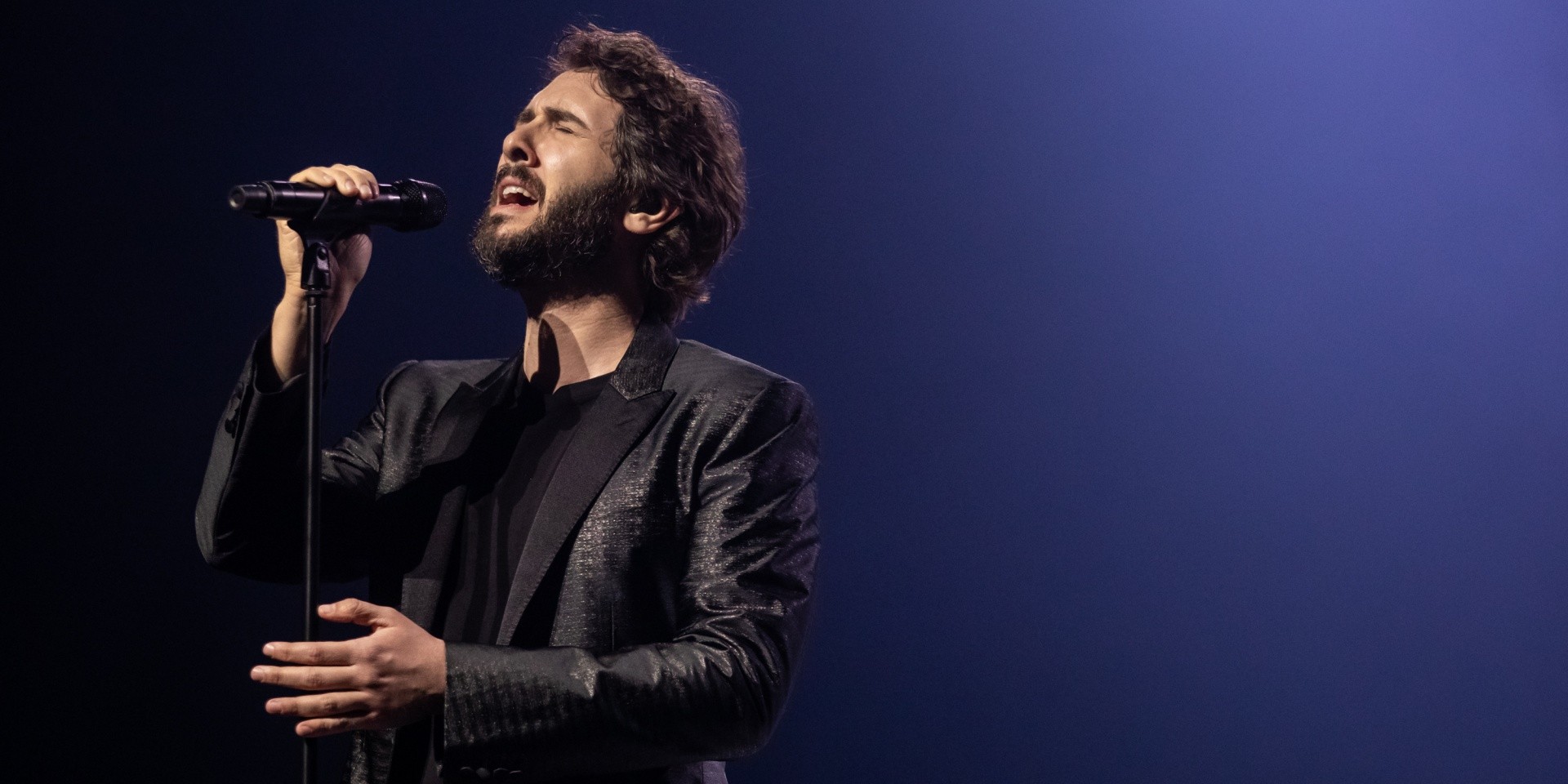 On Monday, Josh Groban held his first-ever performance at The Star Theatre in Singapore and it was one for the ages. But before I witnessed his power, I felt that he had a monumental task after announcing that he will be stopping by Singapore as part of the Bridges Tour 2019. I say this because he had to pack 18-years-worth of discography into an hour-and-a-half show so I wondered, “After touring for so many years, would he have the proclivity to not disappoint longtime fans who’ve been waiting for so many years?"

After nestling into my seat, I peered through the dimly-lit stage, trying to get a gauge of how large his band would be. After all, in an interview with us, he mentioned that the scale of his shows is usually very big. As his band members shuffled onto the stage, I made out: a drumset behind plexiglass, several guitars, both acoustic and electric, several bass guitars, a grand piano, an ensemble of strings and a section of percussions. While I wasn't surprised by the set-up given the complicated nature of his songs, it rang true to what he said. 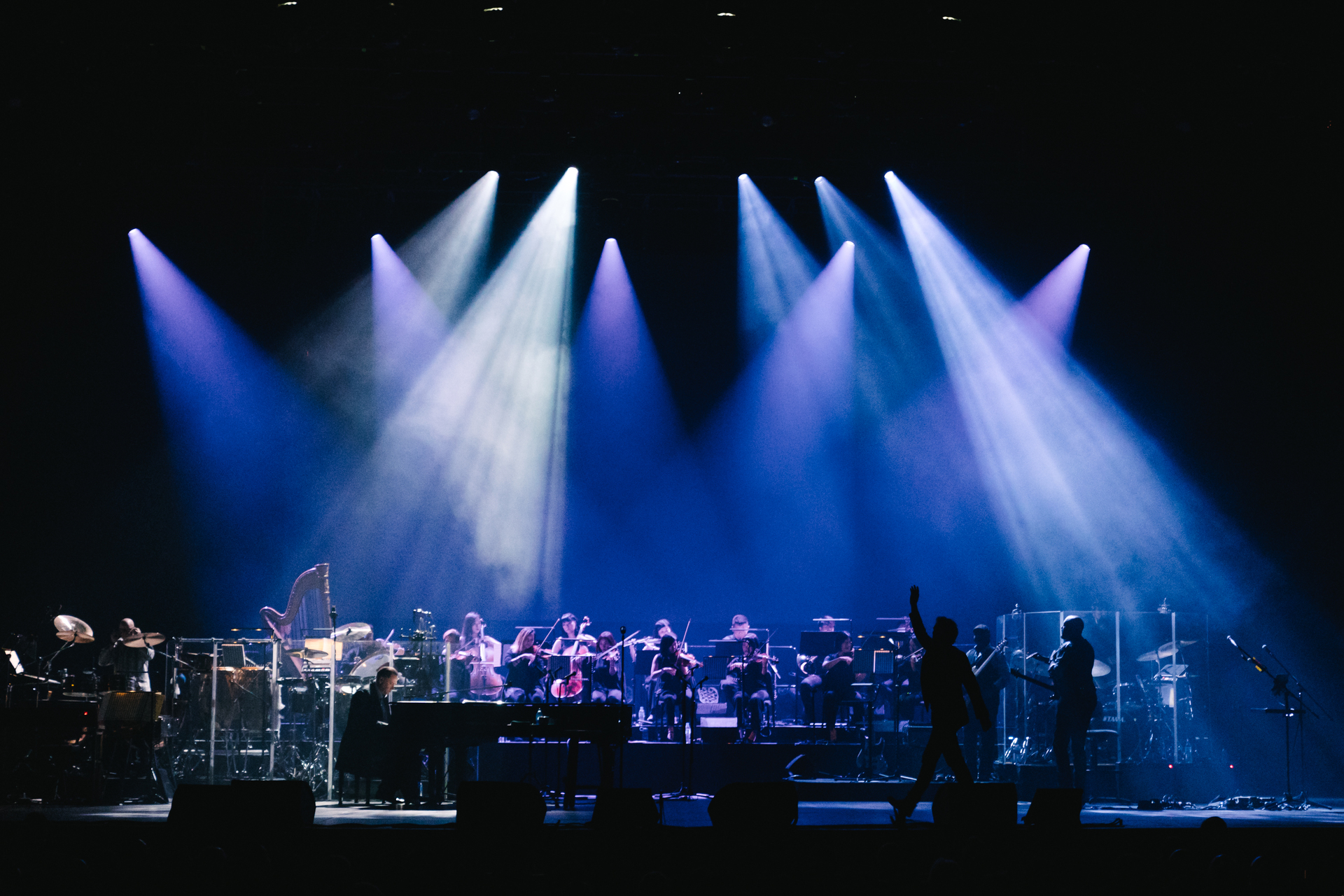 Then, the man with the unmistakable baritone voice walked onto the stage enveloped in darkness. That first note he sang reverberated through the entire expanse of the 5000-seater theatre and everyone in attendance was suddenly transfixed onto the man in the spotlight. Starting with a Leslie Bricusse and Anthony Newley cover of 'Pure Imagination', he followed with 'You Are Loved (Don't Give Up)'. There was no mistaking the sincerity he exuded, especially as he sang the words "You are loved". At that moment, everything else but Groban were nonexistent.

After finishing up the last note, he greeted the audience and expressed his apologies and gratefulness to the audience, "First of all, I have to say I'm sorry. It took so long for me to get here. Thank you for your love and patience. I don't deserve you yet here you are." What surprised me was that his humour was matched by his talent and he had a lot of it. With funny anecdotes about certain moments in his life and how those influenced the songs he wrote or recorded, he told the story of his life the best way he knew how. 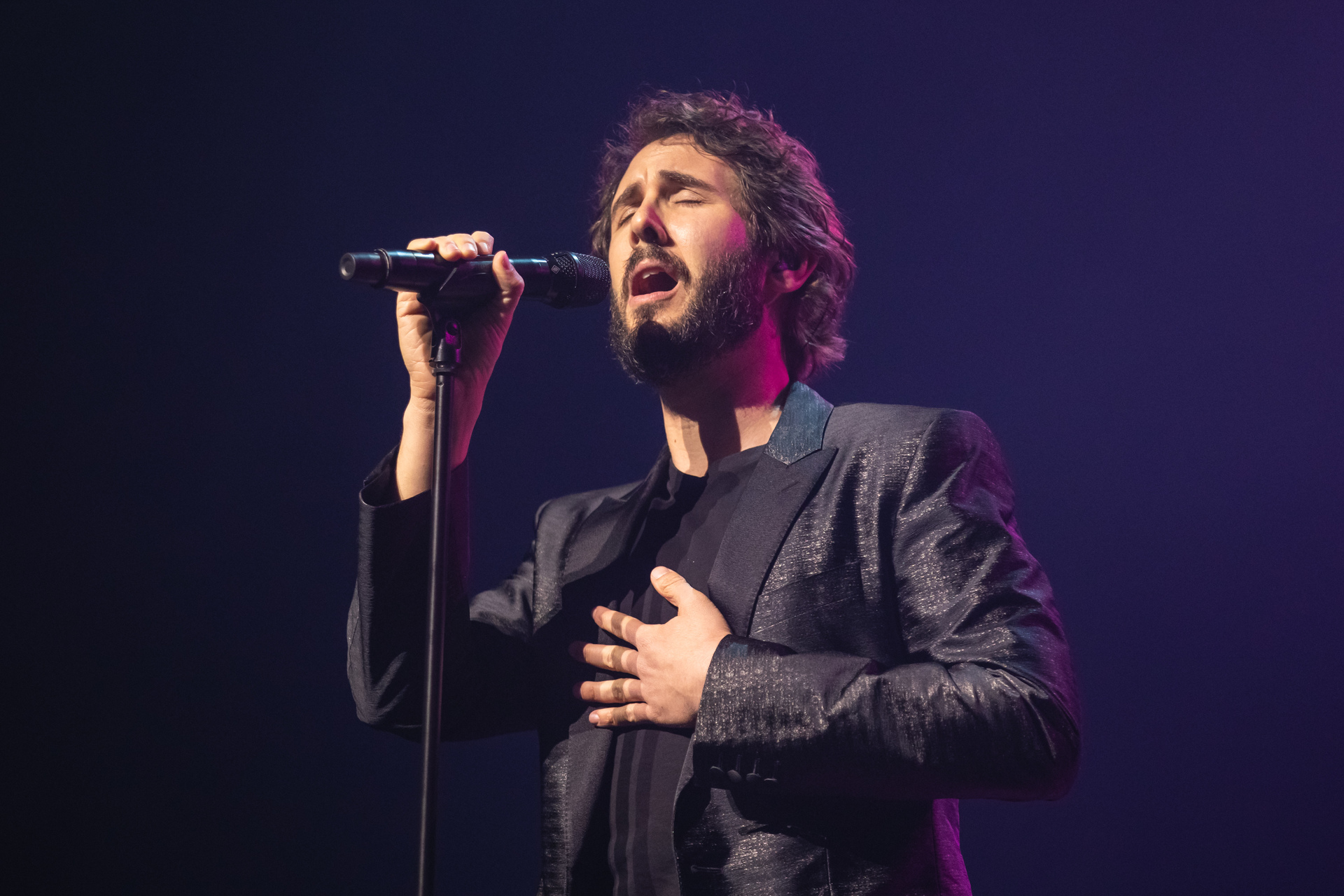 Before he sung 'Granted', he told the story of the moment his high school music teacher picked him out from the back of the choir to do a solo performance after which, he stopped getting picked on by a particular bully – emphasis on pre-puberty but still the ever-talented singer. A few days before he embarked on tour, he went back to his alma mater and got footage of current students, which played on the screen as he sung.

The highlight of the night had to be his rendition of the Les Misérables' 'Bring Him Home'. The song, which is sung during a pivotal part of the musical where Jean Valjean prays intently for the return of Marius from the barricade, had a powerful and poignant narrative and as he sang, waves of conviction emanated and sent an eerie chill throughout the theatre. In between, his talented backing band treated us to several instrumental arrangements, filling every second with the thing Groban loves so much: Music. He even showed off his multi-lingual chops with tracks such as 'Oceano', 'Musica De Corazon' and 'Alla Luce'. 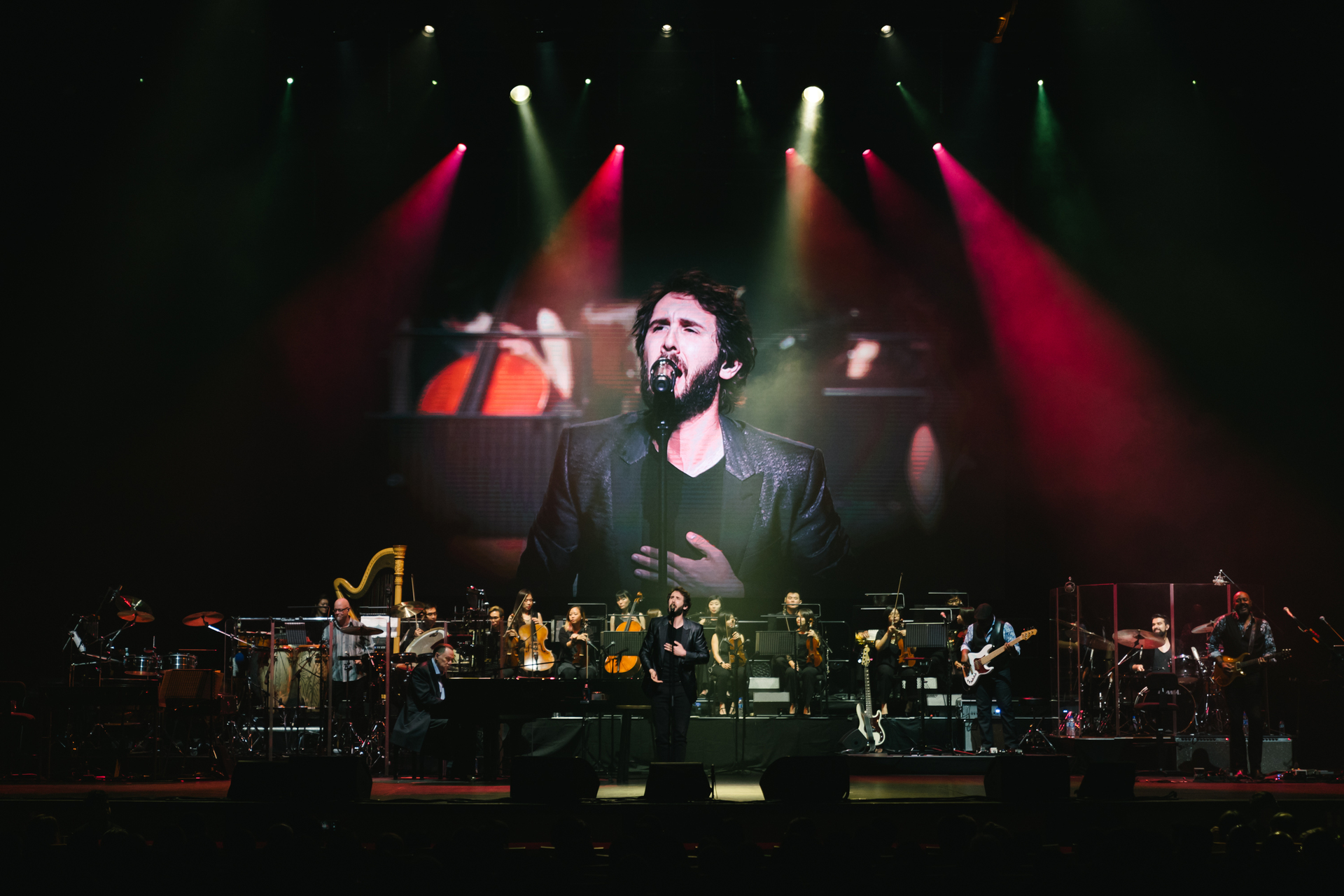 Preceding the classic 'You Raise Me Up', he filled the audience in on the backstory – he first heard the song in a taxi in Ireland – and laughed along with it on its humble beginnings. He had sung that song on so many stages across the world but to witness it first-hand was that cherry-on-top. Before he ended the night with his final two songs, his crew surprised him with a cake and everyone sang a rousing birthday song, which plastered a huge smile in his face.

As he finished the night with a cover of Simon & Garfunkel's 'Bridge Over Troubled Water', he talked about the rampaging issues in the world and how it felt more appropriate than ever to record the song when he did. His relentless crusade to pass on the narrative of the song time and time again never tires as heard and felt at that moment. 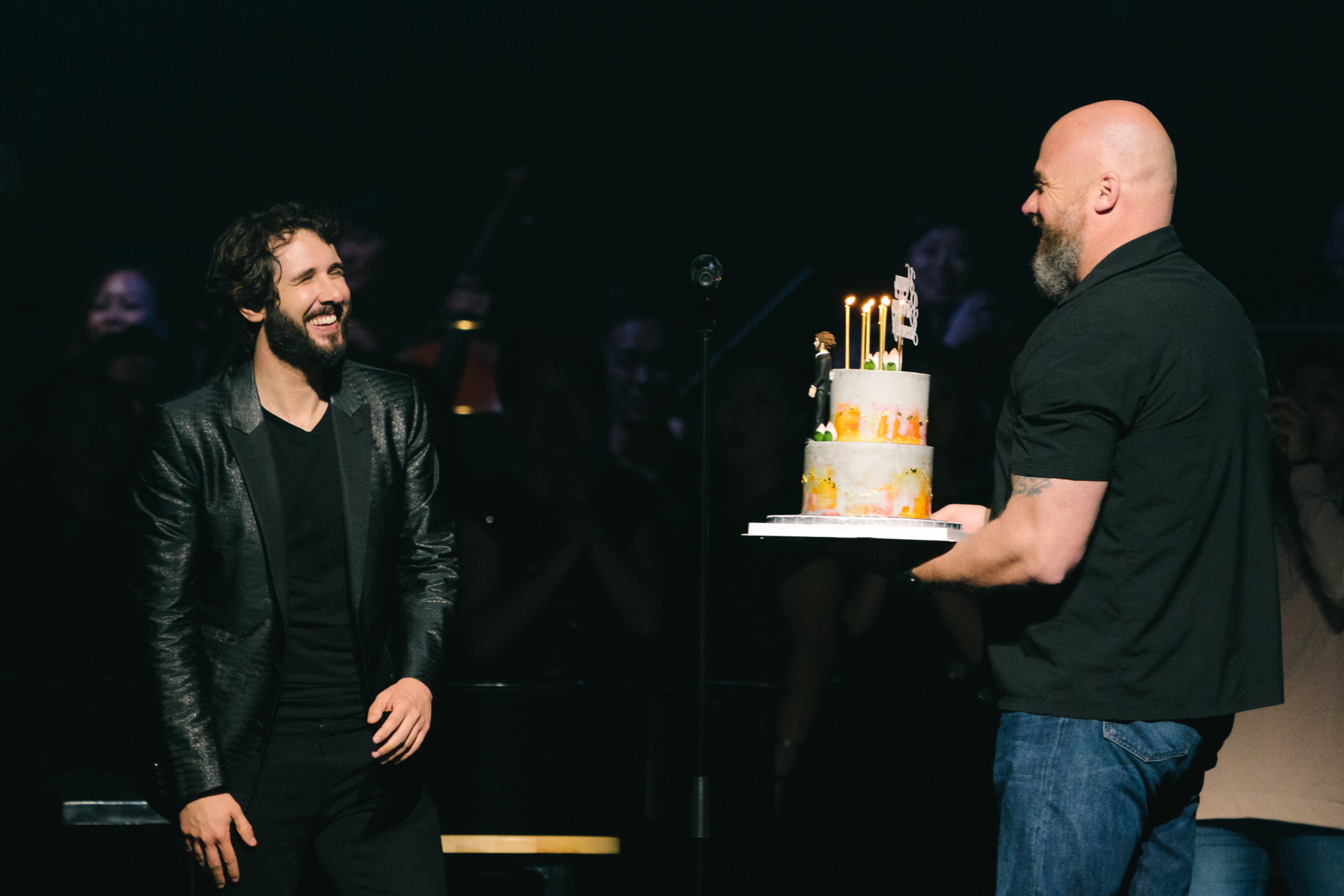 He mentioned at one point during the night that he had won the lottery of life: Being able to travel the world and see it through the lens of music. And you could truly feel that gratitude in his voice and his facial expressions he displayed with every single song that night. This was man who curated the setlist specially for Singapore and this was the man who will be remembered as one of the greatest singers of all time.

To sum it all up, I quote my mother, who was also in attendance, "His voice is undeniable". Yes mother, right you are. 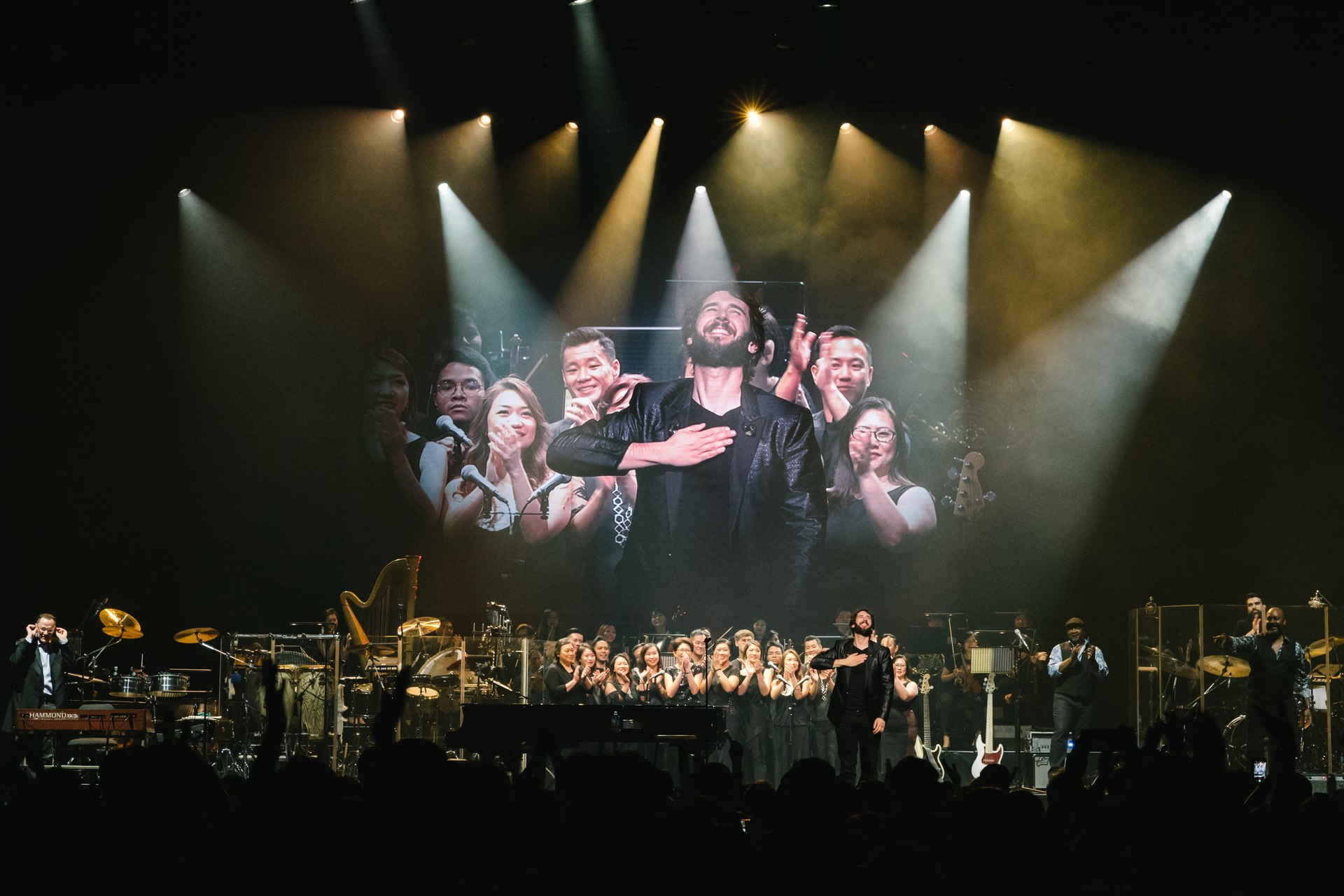 'To Where You Are'
'Bridge Over Troubled Water'

Special thanks to Warner Music Singapore for the invite!