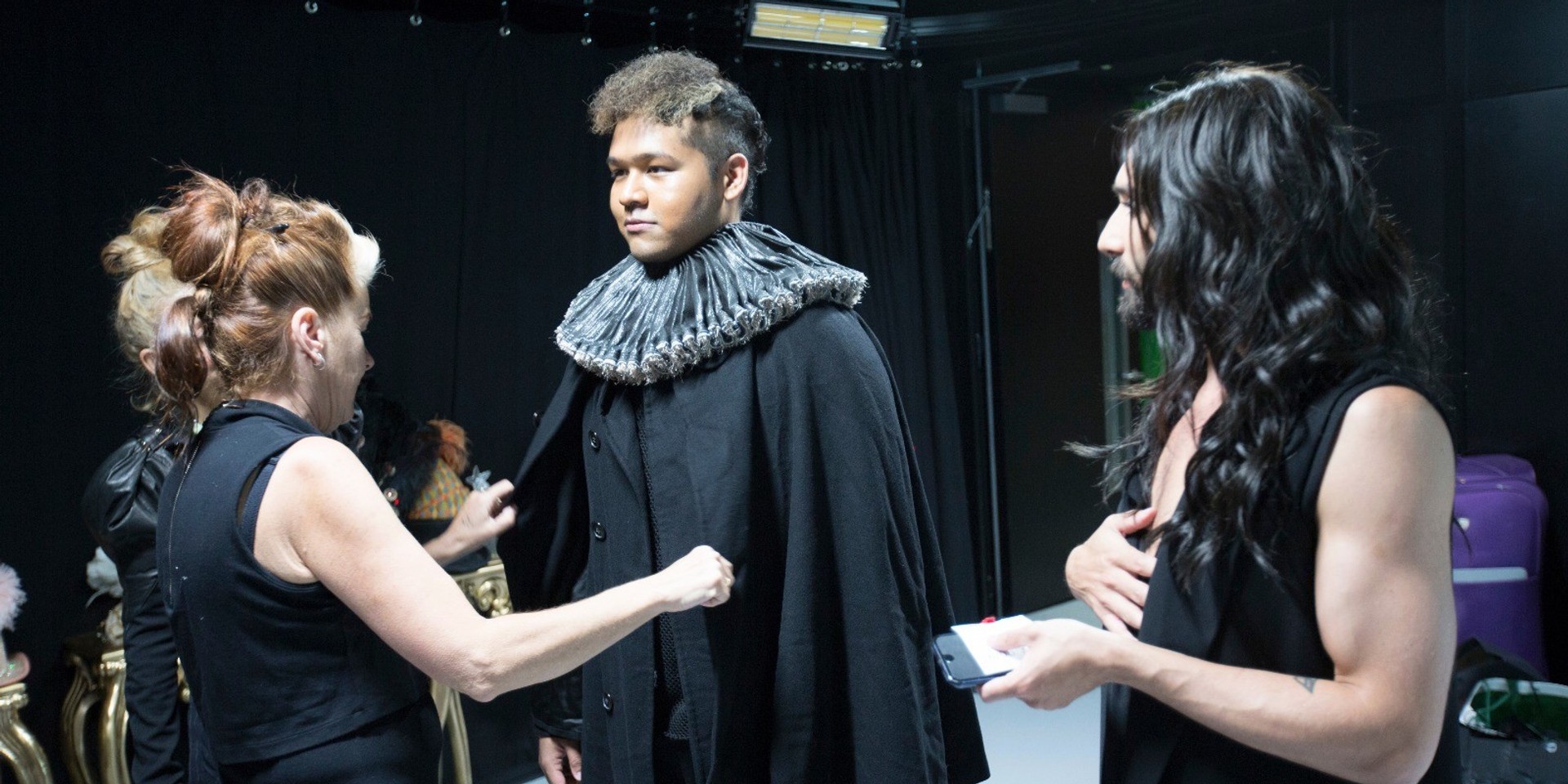 You’ve probably heard him on the radio on your late night drive home, or you've seen one of his many engaging celebrity interviews on YouTube. Joshua Simon has been no stranger to the camera, and the recording studio, but his experiences in 2017 have seen those worlds overlap in ways he wouldn't have been able to imagine otherwise.

Just last June, Joshua Simon found his way into the soundtrack for the new Hugh Jackman-starring film — a kaleidoscopic musical named The Greatest Showman — alongside 17 other talented singers and personalities from all over the world. And it all began with a phone call from 20th Century Fox.

In less than one week, Joshua was flown into London, recorded vocals in the legendary Abbey Road Studios, filmed a music video at YouTube Space London, and forged genuine friendships with people he wouldn't normally cross paths with. For the self-effacing and starstruck Simon, it was a lot to take in at first.

We spoke with Joshua about the entire experience, touching upon self-validation, insecurities, and the humbling experience of working alongside one of the biggest names in Hollywood.

Tell us about the phone call with 20th Century Fox!

Before any of it happened, I wanted to go to London, because I’ve never been there, but also I wanted to go for Meltdown Festival for M.I.A.. But of course, I didn’t have enough money to go.

And then, literally the next day as I was getting coffee, I got a phone call from Caroline from 20th Century Fox Singapore. We’d worked together on the Logan interview, which happened in late February. She said that they liked what I did with the Logan interview and they wanted me to meet him again, but it was for another project that 20th Century Fox had never done before.

"We’re bringing 18 YouTubers together from all over the world to record a song at Abbey Road Studios," she says. "We’re going to shoot a music video, Hugh Jackman is going to be there, and it’s for the film called The Greatest Showman. You okay with that?” And I was like, “Yeah of course I’m okay!”"

You’ve met Hugh Jackman before. Were you able to catch up with him in London?

We didn’t really catch up. The most intimate time I had spent with Hugh Jackman was on camera, in front of hundreds of people at a press conference — which was him in character as Logan, beating me up. Even with the Logan interview, which was more intimate, there were at least 20 other people in the room.

There was a moment at YouTube Space when it was just me and Hugh, though. So YouTube threw this huge champagne party and I brought an action figure of Logan that a friend of mine created for him.

One of the producers took the figurine and brought me to Hugh’s green room (which was actually green), and suddenly, for the first time ever, it was just me and Hugh Jackman. I was nervous! I gave him the figurine, thanked him for his time, and just left. I mean come on, they let me into his green room. I wasn’t going to sit there and ask him for a drink!"

Meeting 17 other YouTubers from all over the world, having never met them, was it nerve-wracking at all to sing alongside them?

This is the thing that I haven’t shared or shown online. I was so insecure throughout the whole experience. Even from the beginning, Caroline sat me down and said, “Here’s the real talk: you don’t have many followers, you don’t have many subscribers. If you could boost your subscribers from now till June, that would be great." All I could think of was, “What am I going to do?”

Then it hit me, everyone else had a ton more followers and it made me question myself, "Why am I the one that’s going?" I was the least famous person in that group and it was very obvious. During rehearsals, or in-between takes, I kept walking out.

I would follow people who were going on smoke breaks and talked to them and I went to the toilet so many times just to break away. I had three lines that I had to sing, and I kept singing it over and over in the toilet just to make sure I don’t make a fool out of myself to everyone else." 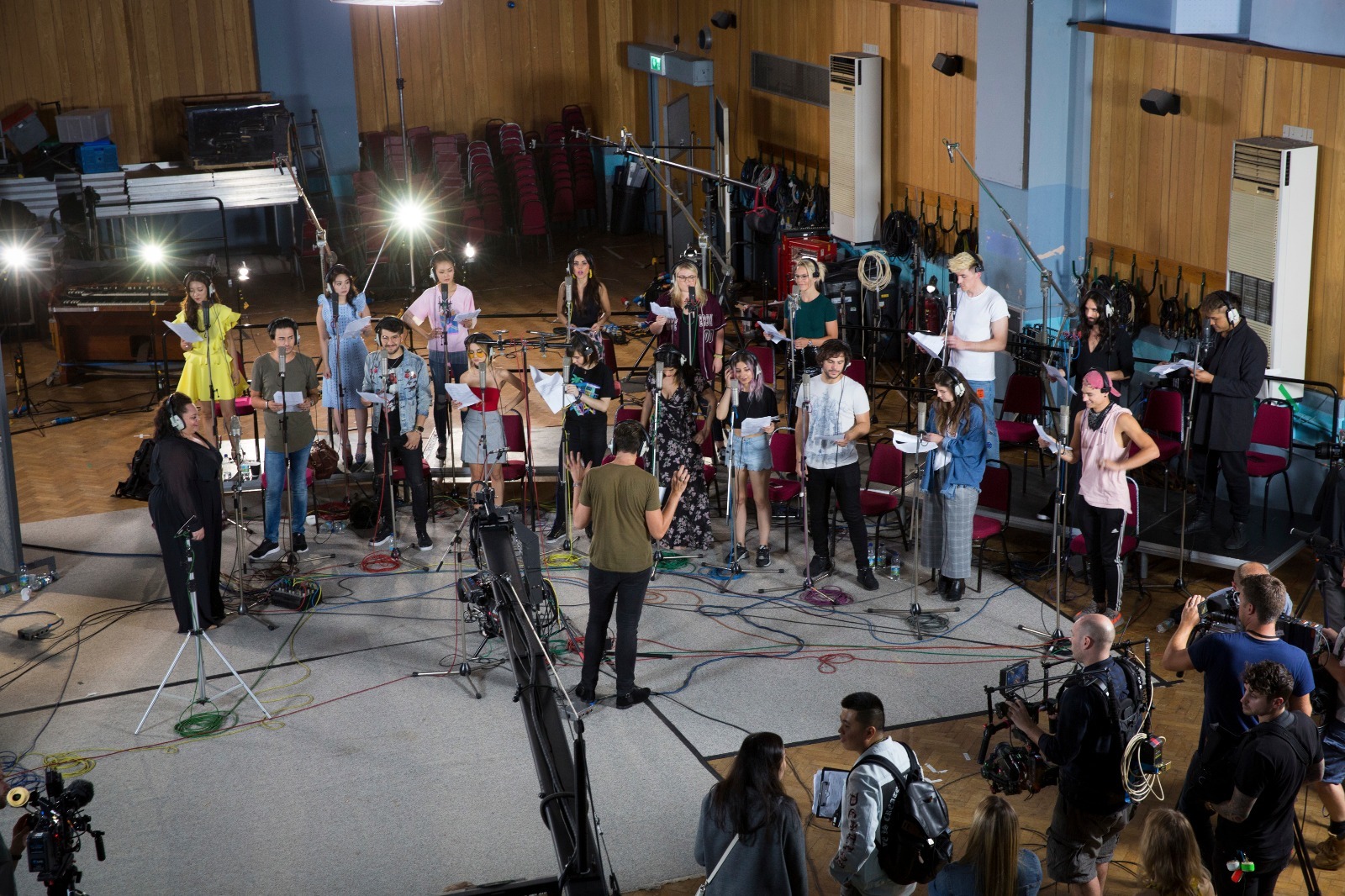 Let’s talk about the movie a little bit. Apart from P.T Barnum story and how he started the circus, it’s about celebrating the people that made the circus, which is what the song ‘This Is Me’ is all about. What does the song mean to you?

First of all, I was just glad that the song is good. It’s uplifting, it’s bold, plus it got nominated for a Critic’s Choice Award. At that point, they didn’t know if it was going to be a single, it was between this and two other songs, and somehow this just caught on.

I was under the assumption that we were just going to sing the whole song together like a choir, rather than singing parts. But as we were rehearsing, the coach’s assistants would walk around listening to us. So while we rehearsed, they were already figuring out who was going to get what part.

I got a really good part, because that’s the first time that the declaration of that hook comes on. Thankfully I did it well and everyone liked it. And I have to say, I was proud of myself for that part.

I talked about social media and not having enough followers, but I felt like I silenced everyone. The first time I heard myself singing the part with everyone, that’s when I felt I deserved to be here. I felt like I was representing the people who are not so famous, who deserve to be here.

And you know what, it is what the song is about. Sometimes you got to show them what you’re made of."

What can you tell us about the movie after seeing it?

I actually met the cast in Sydney a while back, and I did an interview with Hugh Jackman, Zac Efron, Zendaya and Keala Settle. I did get a sneak peek of the movie but honestly I went in not knowing much about it. I bet everybody is going to be just as surprised as I was when I watched it."

What’s the best thing about this whole experience for you?

The strongest memory from Abbey Road was that I felt so strong as a singer. When we worked with the vocal coach who was teaching us the song, he taught us these vocal warm-ups.

I made these weird sounds I’ve never heard before and by the end of it, my voice just flowed like water and it was amazing. That was the first time I felt like, “I can sing!” It was quite remarkable."

What’s one memory from the experience you’ll hold onto forever?

I have two. The first night we all met each other, it was at some fancy restaurant and everybody was playing games and I was just talking about how Singapore banned chewing gum. I was feeling anxious the entire time, and I kept going to the bathroom again.

But this time when I came back, I spoke to one of the girls, Natalia. I told her that I didn’t know what I was doing there, I could mess the whole thing up and that I was genuinely terrified. What I’ll never forget was how she reacted. She just gripped me, this total stranger, and told me, “You got this, I believe in you, and we’re going to do this together”. That immediately lifted me up.

The second memory was right after all the filming and recording was done. We had planned to go to a bar to drink but we didn’t know where to go, so we just sat at the hotel lobby and drank while waiting for everybody to arrive.

Next thing you know, it was 3AM, we were sat on the couches and we were all drunk and we were just singing. Someone would start with a song and someone else would continue in the same key and so on. It was just such a beautiful moment where we didn’t care about who we were or where we came from. We were just having a great time." 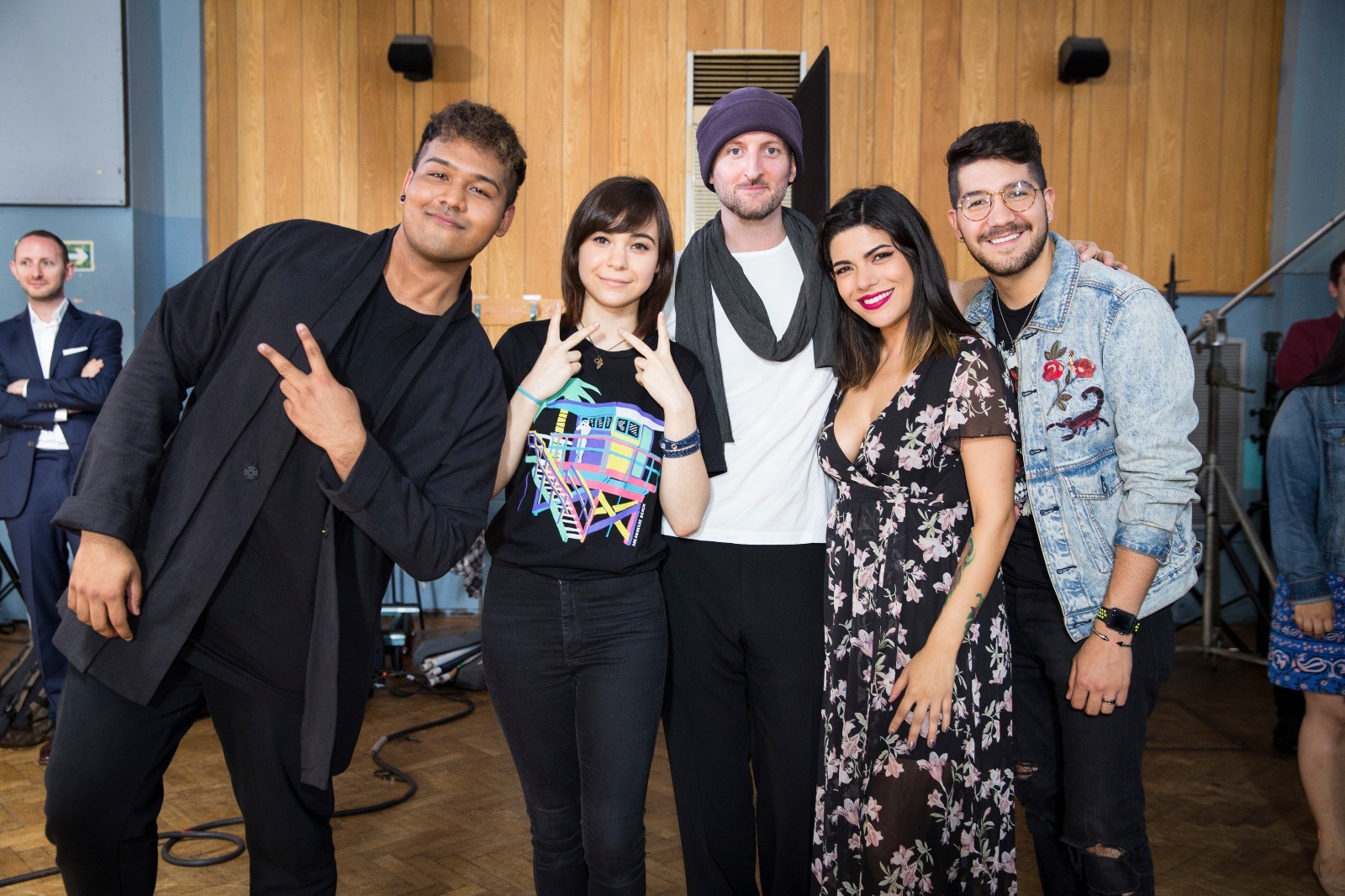 The first time I heard myself singing the part with everyone, that’s when I felt I deserved to be here. I felt like I was representing the people who are not so famous, who deserve to be here."

— Joshua Simon, on the recording process for 'This Is Me'.

You just celebrated 'Murda'’s anniversary in September, and you’ve also written 'Paradise'. Are we going to see more of Joshua Simon’s originals in the new year?

Oh yeah, of course. I’ve been working on an album for a while now. It’s going to be a short album but a lot of the songs I wrote was from when I was in a different place. Right now, I feel strong and grounded.

I’ve accomplished a lot of the dreams that I thought I would never accomplish, but I’ve also learnt that my insecurities will never go away."

What can we look forward to?

There’s going to be a blend of two Joshes. I’ve grown from my experiences and I’m writing stuff that’s a little more different now. With 'Murda' and 'Paradise', I wouldn’t consider them as a real representation of me. But the next time I put out something, it will genuinely be something that I am very proud of."

How much of this experience has aided your songwriting/recording process?

Other than actually unlocking my vocal capabilities, I look at it as just an experience I will grow from. Honestly, with each experience I’ve realised that the product is not going to be as important as making it."

Do you think the soundtrack is going to make it on the Oscar nomination?

I think there’s already Oscar buzz around ‘This Is Me’ and it just got nominated for a Critic’s Choice Award, which is amazing because the music is from the guys who created the La La Land soundtrack. So I think there is a high chance, but ultimately I think it boils down to how well the movie does. I think the nomination will happen, but whether they’ll win? As long as they don’t run against Coco’s song ‘Remember Me’."

The Greatest Showman is now screening at all cinemas in Singapore.