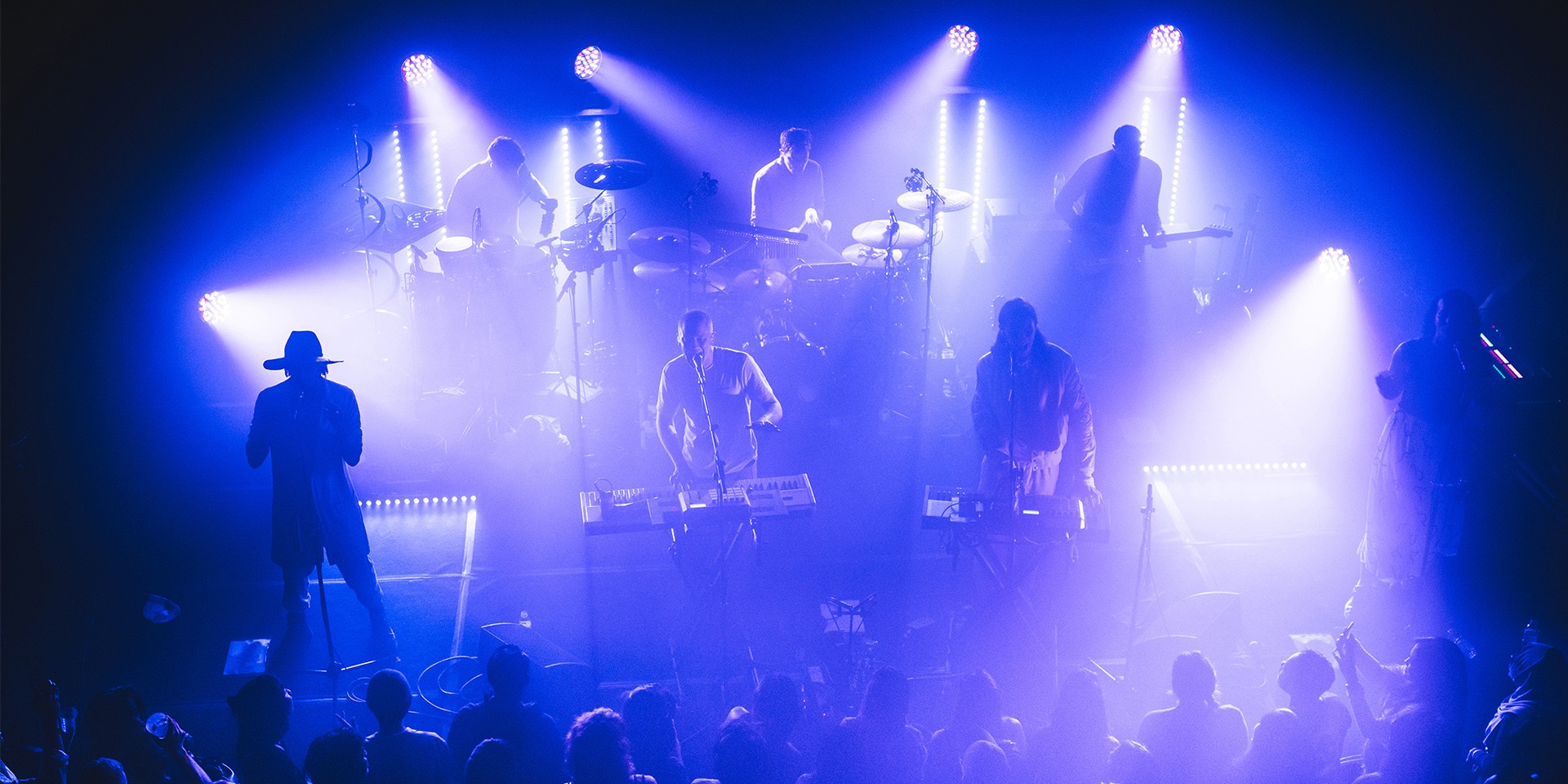 London-based modern funk and soul collective Jungle made their highly-anticipated return to Singapore following their 2015 St. Jerome’s Laneway Festival outing, bringing the house down at Esplanade Annexe Studio on a busy Friday night.

Presented by Sing Jazz and Collective Minds, Jungle offered up a show that was equal parts energetic and ingenious — performing with so much gusto that the crowd couldn’t help but be moved into a frenzy with their thumping beats and ringing falsettos.

Though Jungle have not released an album since their 2014 Mercury Prize short-listed self-titled debut, the seven-piece continue to tour the world and hone their craft, not for once suggesting that they are fatigued by the songs they've (undoubtedly) played countless times, to crowds from Brighton to Byron Bay. 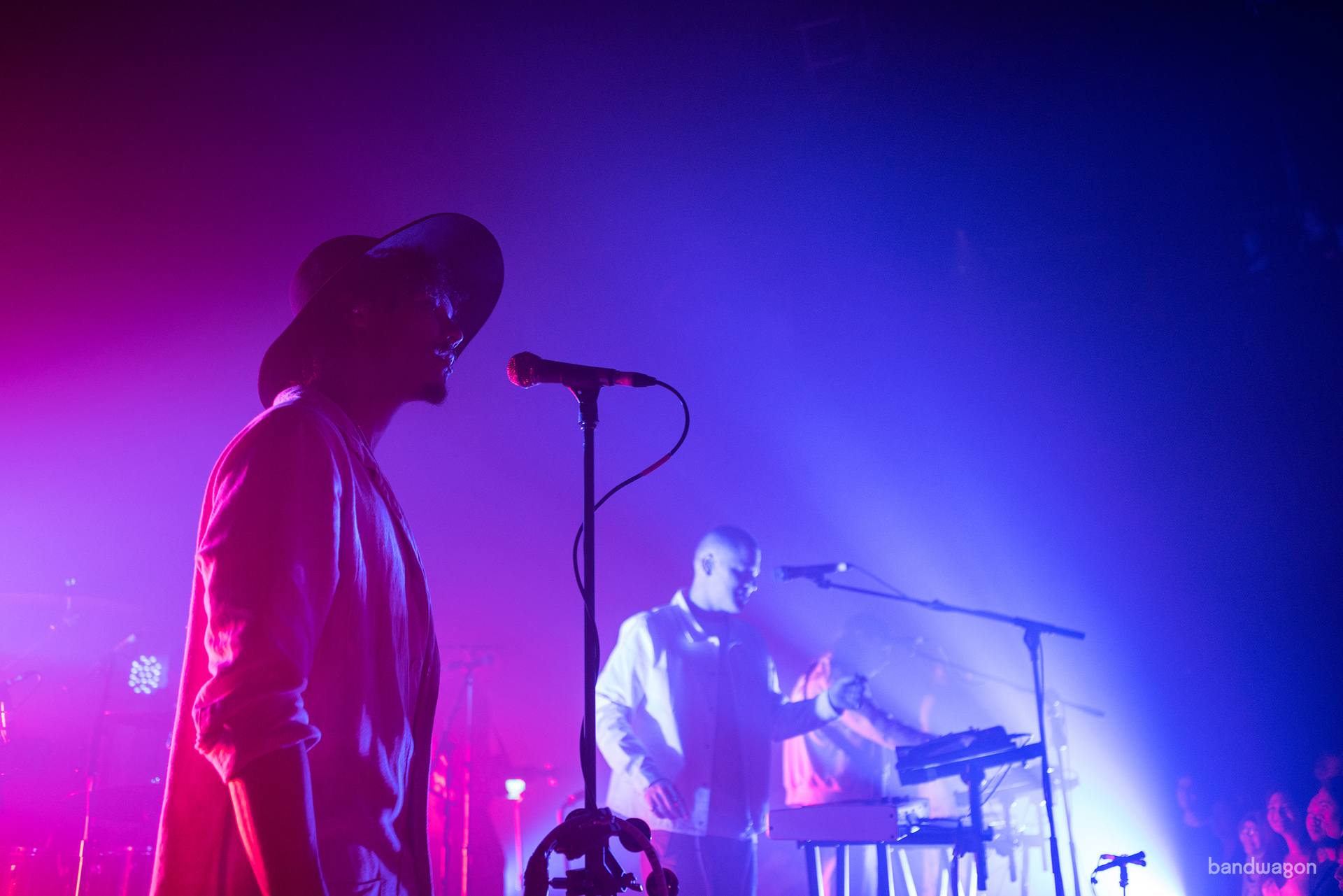 Yet, it would be hard to be bored with music such as theirs — richly textured, infused with a strong strain of 70s funk and soul music, animalistic with their application of afrobeat-inspired rhythms, and completely relevant with undeniably modern electronic basslines. In an age of rose-tinted nostalgia in music, Jungle has bridged generations of music styles with an effortless swagger that is hard to replicate.

The complexity of their music is even better appreciated when played live when Tom McFarland and Josh Lloyd-Watson — the project's core songwriting duo — are joined by five more musicians on stage, making for one hell of a performance ensemble. 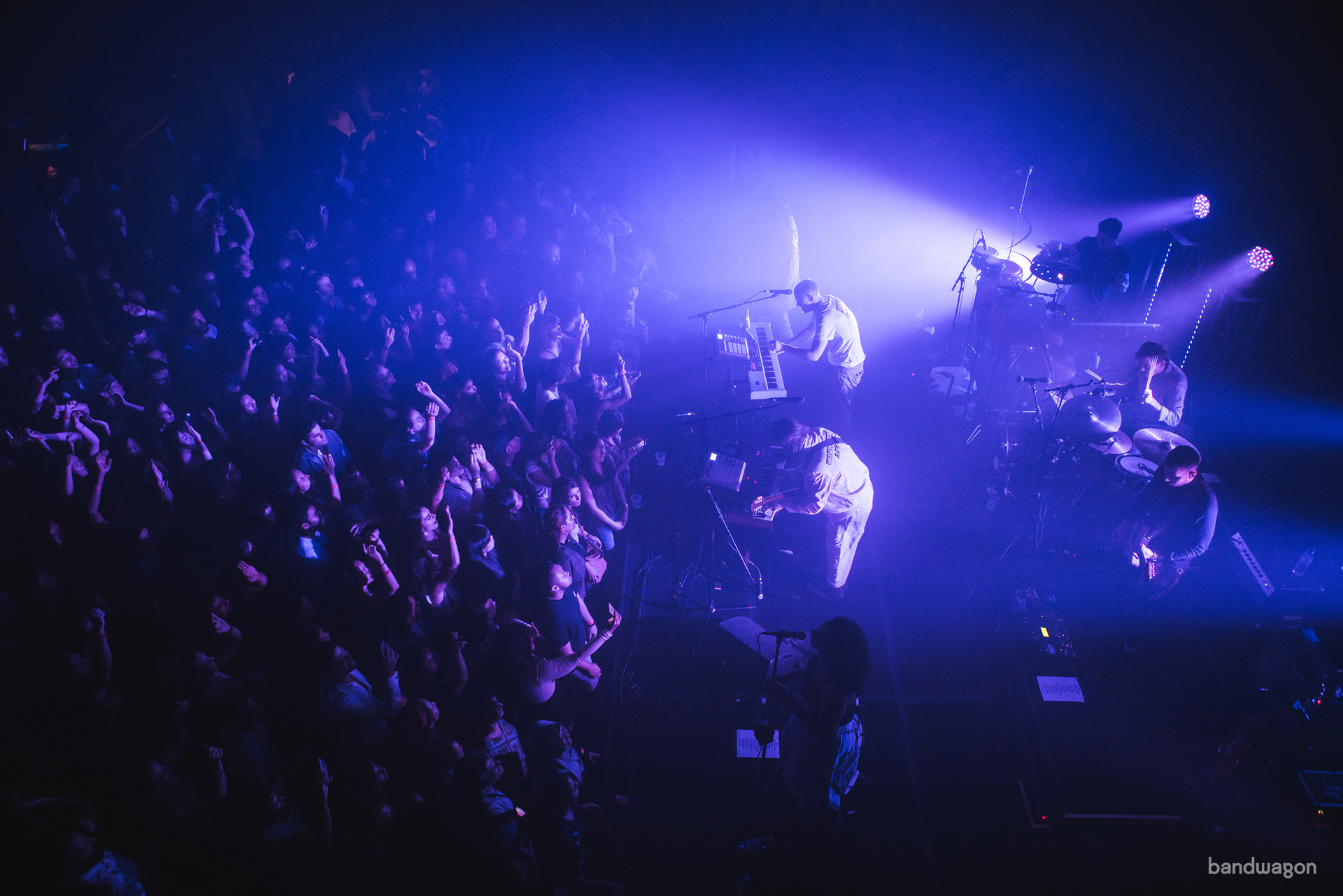 Although the first part of their set at Esplanade Annexe Studio was marred by some pretty heavy sound issues (forcing the band to stop twice, requiring a 10-minute intermission), the crowd of both young and old fans did not let this ruin the atmosphere.

No abrupt breaks could mar their pure energy from start to finish — and much of this can be attributed to the fact that, even with a spirited crowd, Jungle themselves easily outdo the crowd in terms of having fun.

Whether it was the steady build-up of songs like 'Platoon' and 'The Heat', the rousing synths of 'Busy Earnin’', or even when stripping it back for 'Drops' — Jungle knows how to work up a crowd. 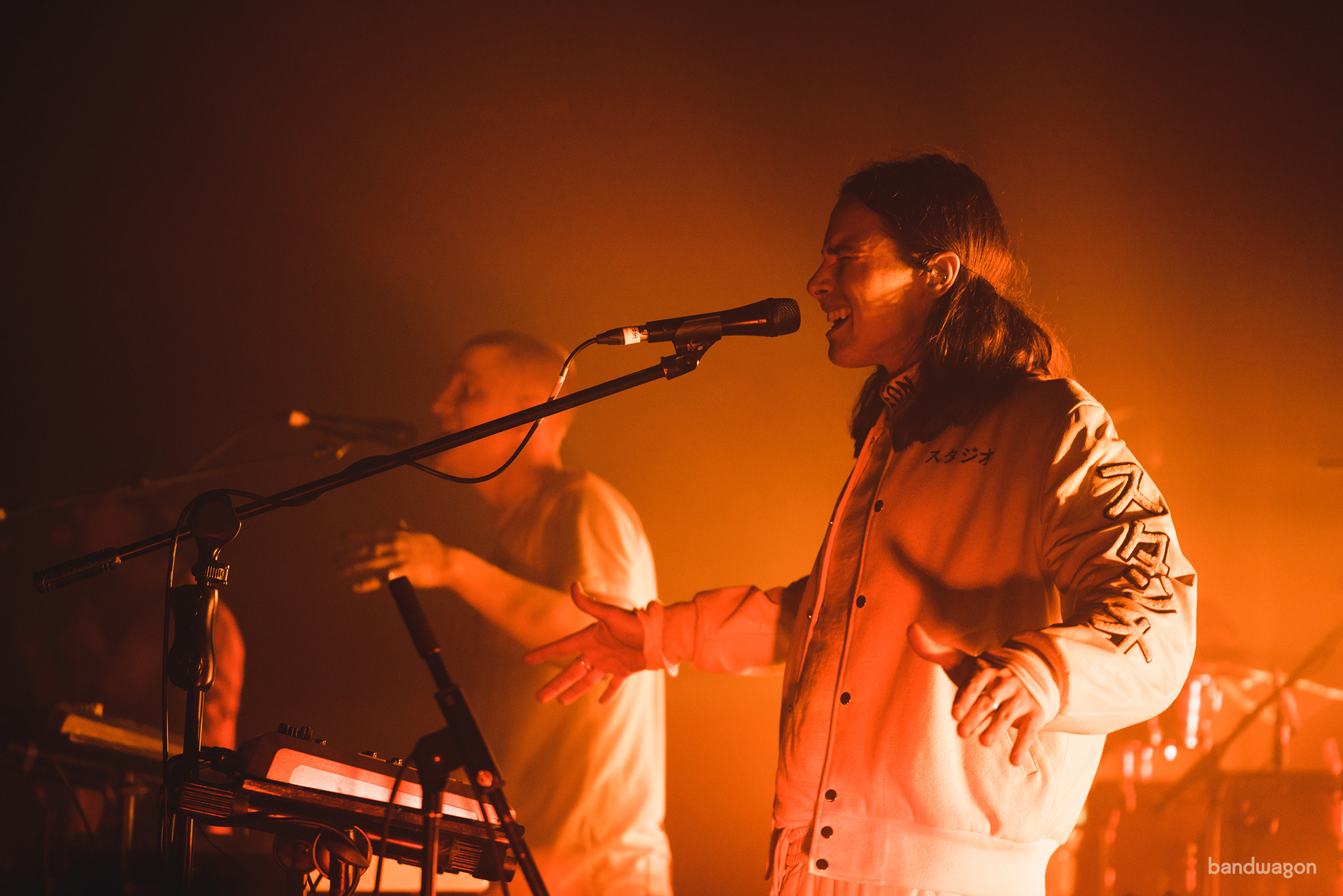 Deftly going from heavier, pulsating tunes to hip-shaking anthems, the collective also gave the crowd a taste of some of their new — arguably sexier — crop of music that evidently shows their maturation as artists, while still maintaining the richness that makes Jungle’s repertoire so distinctive.

Though there has been no official announcement on when their sophomore album will be released through XL Recordings (home to Frank Ocean, King Krule, Ibeyi, and Kaytranada), from what little we heard we cannot wait to see what Jungle’s new album will bring fans — and for when they return to Singapore, to treat us again to another explosive performance. 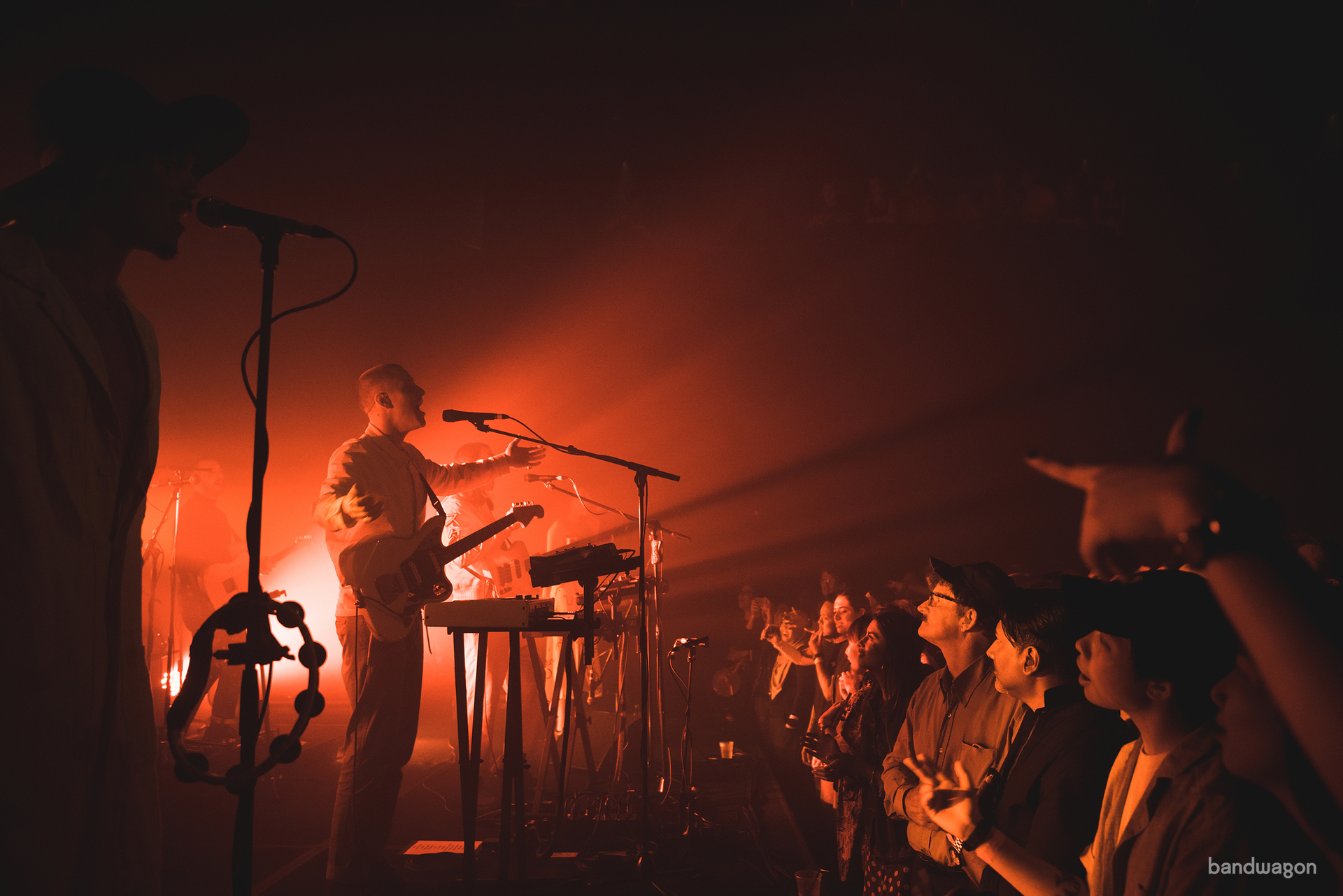 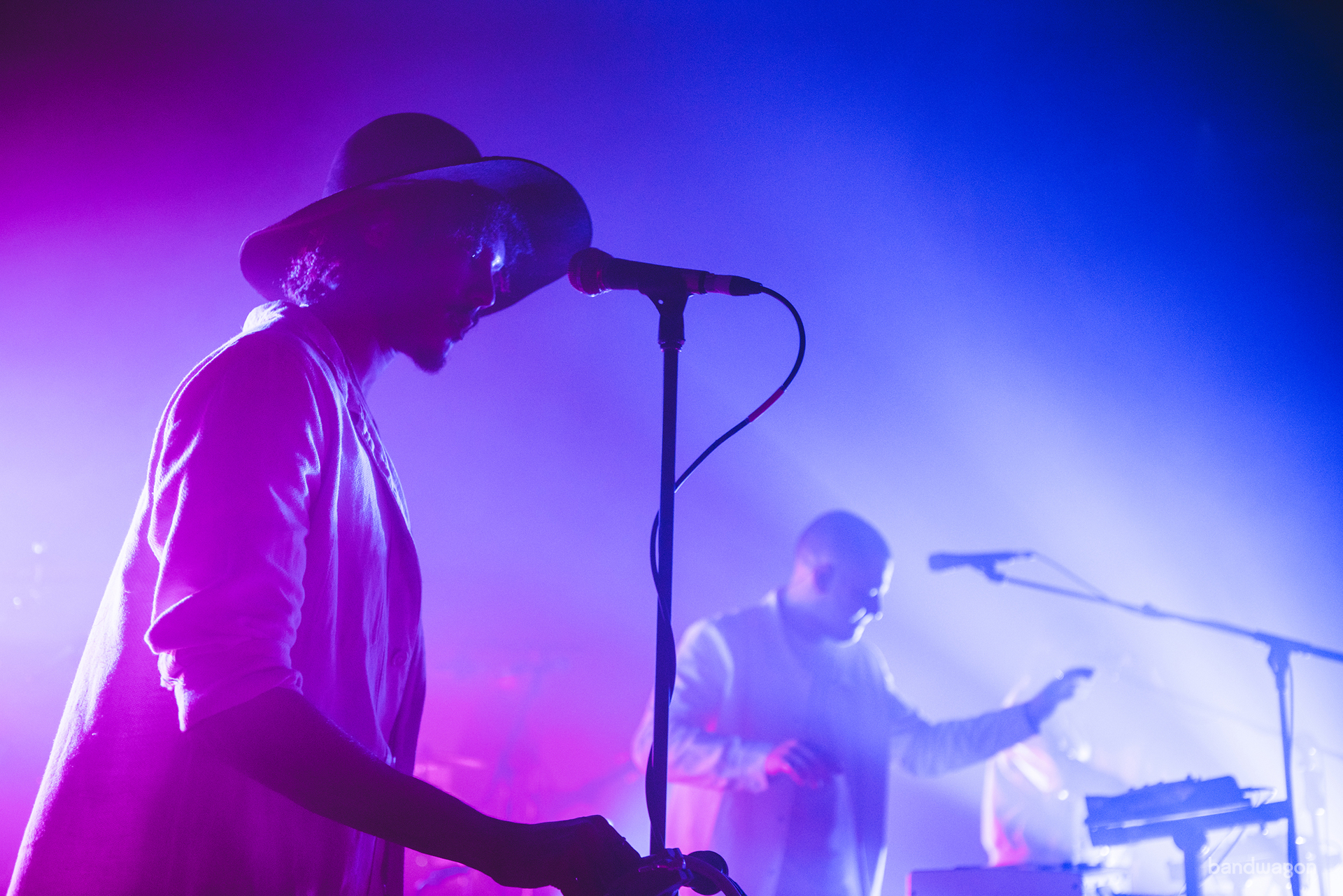 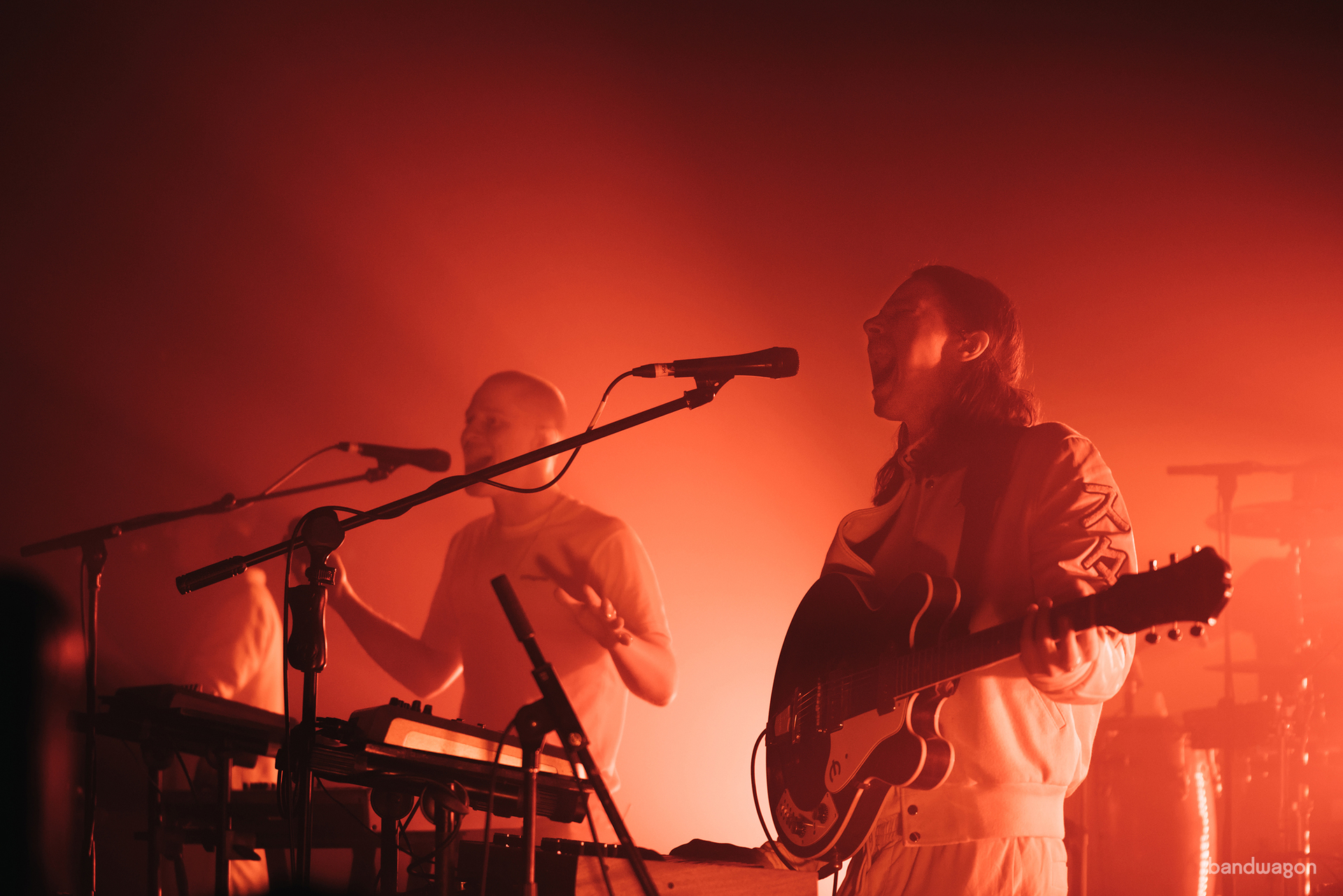 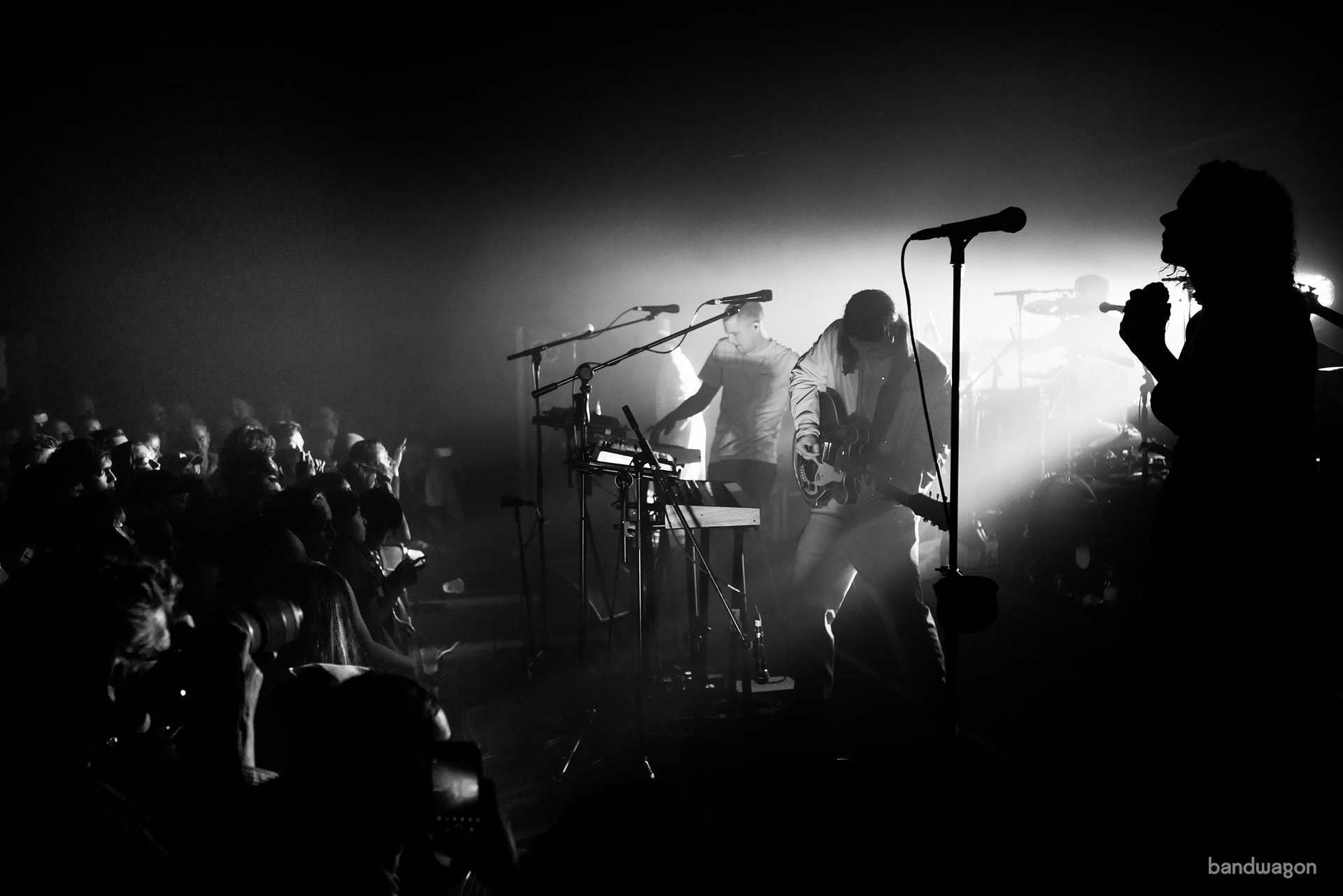 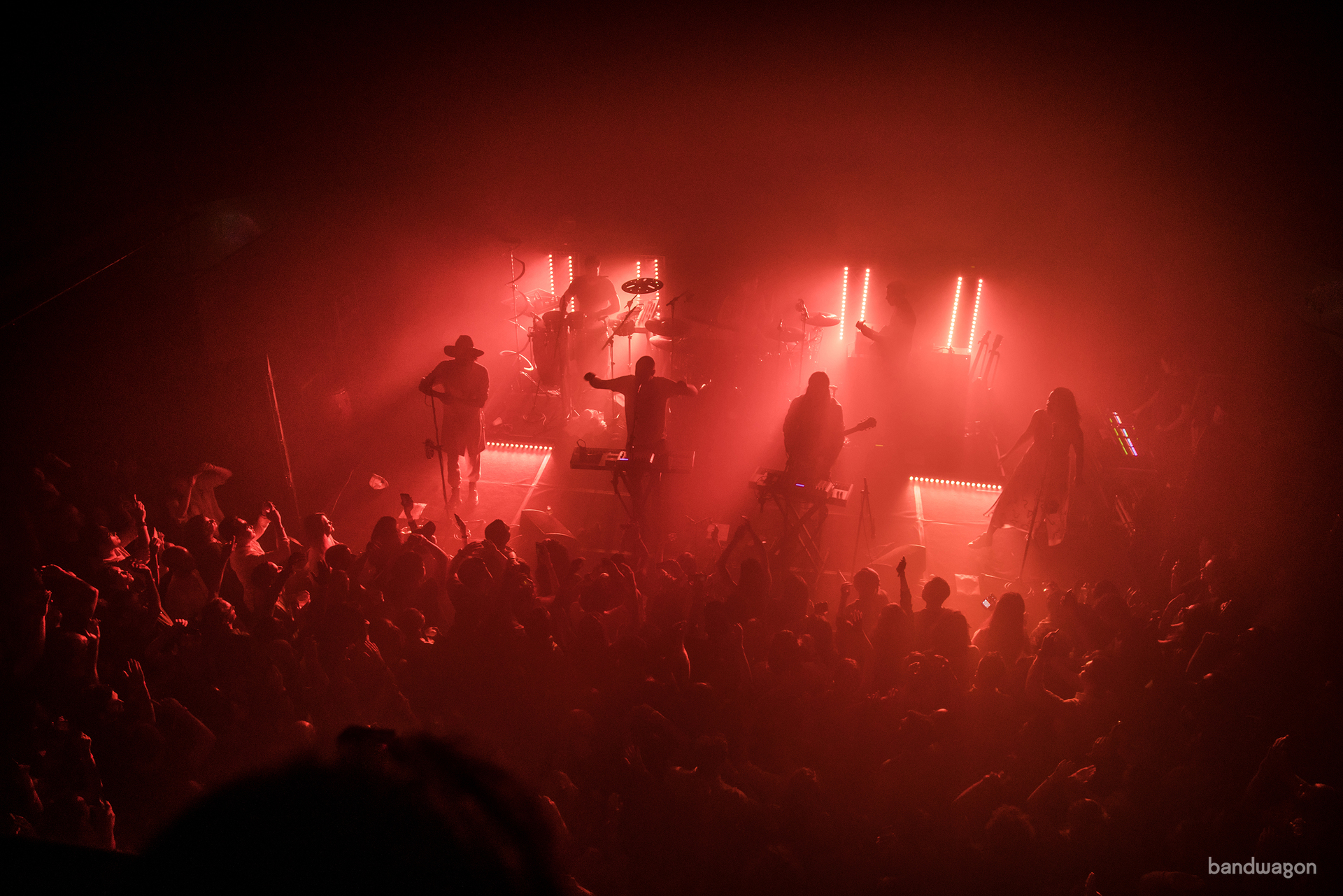 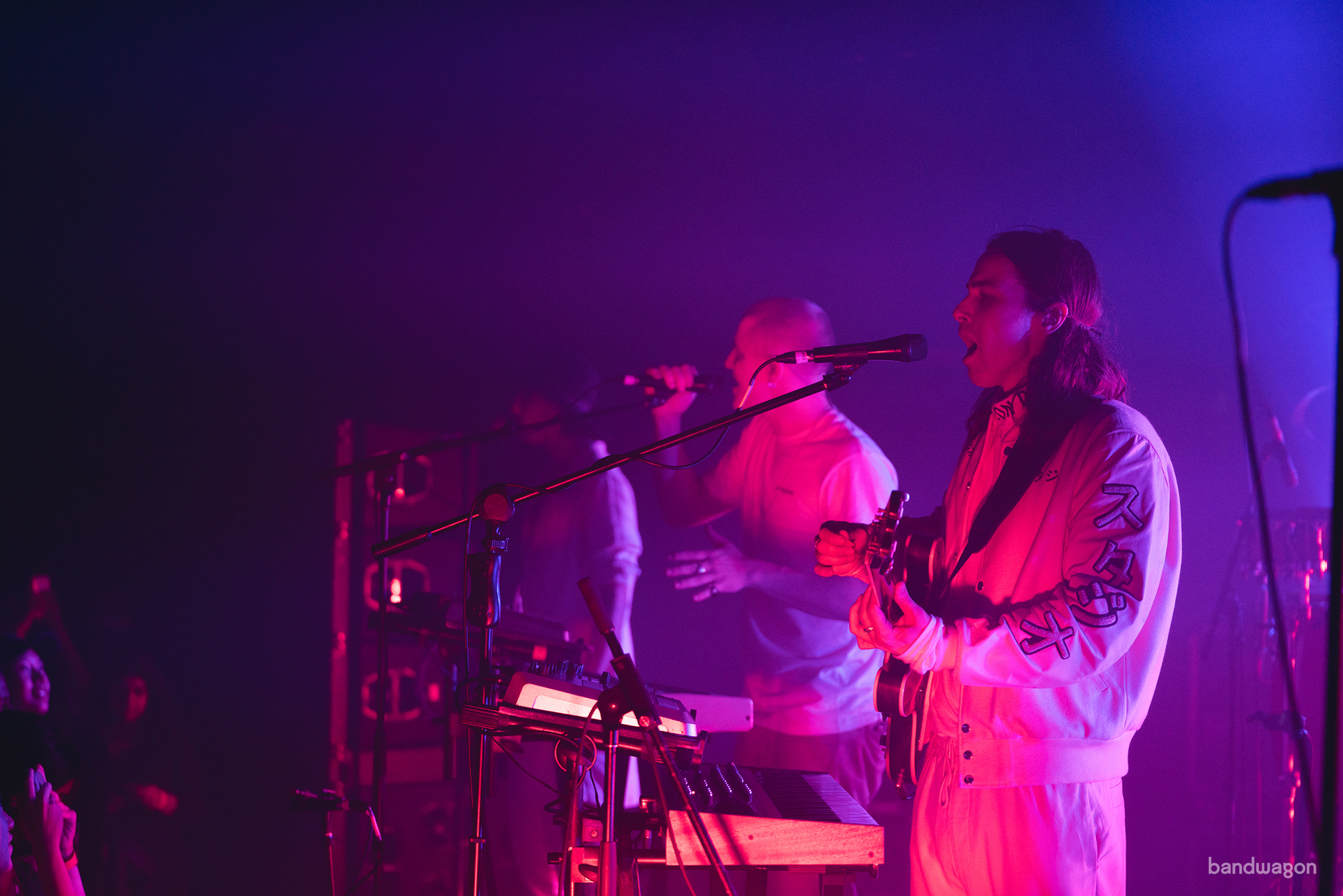 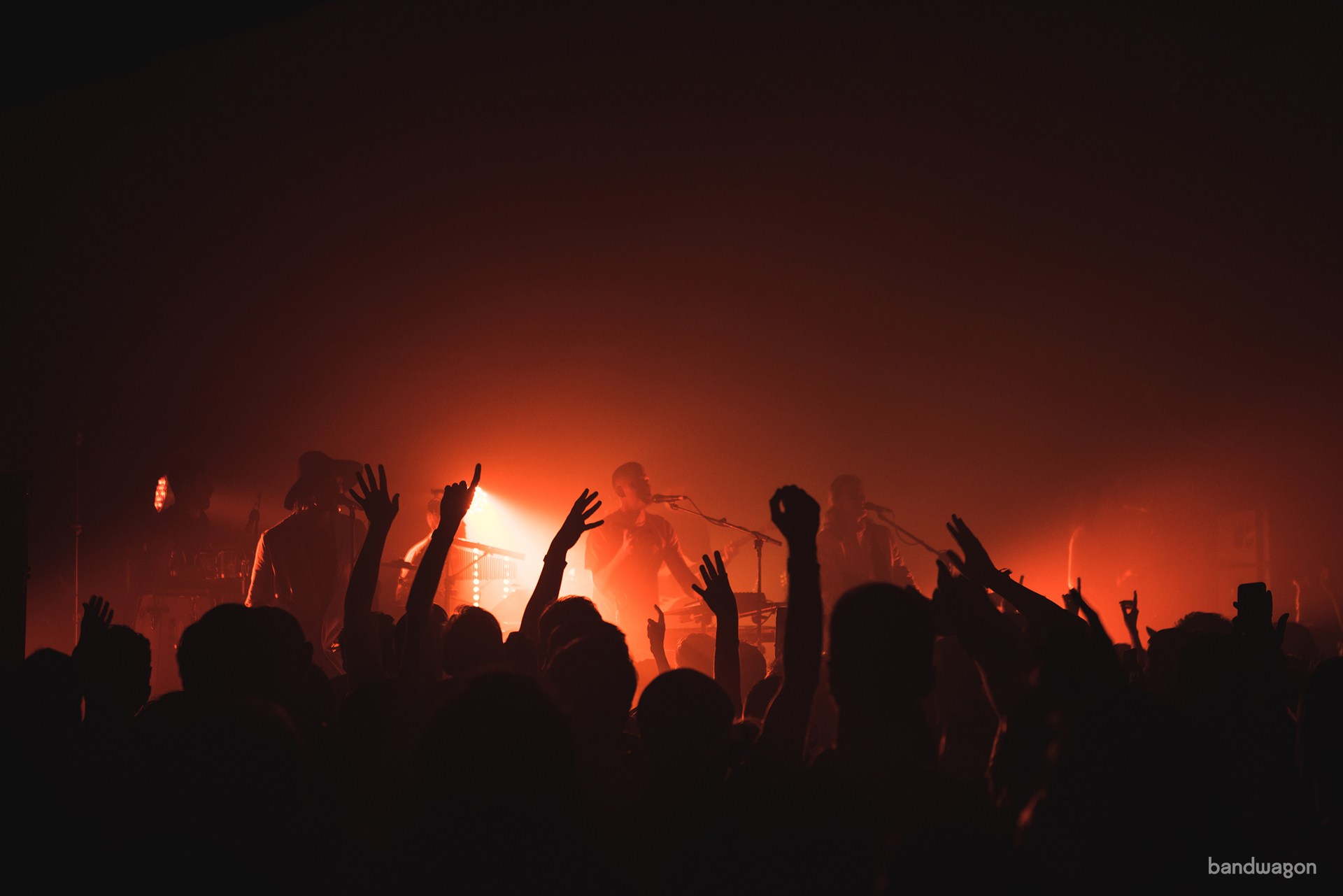 Special thanks to Collective Minds and Sing Jazz for the invite.