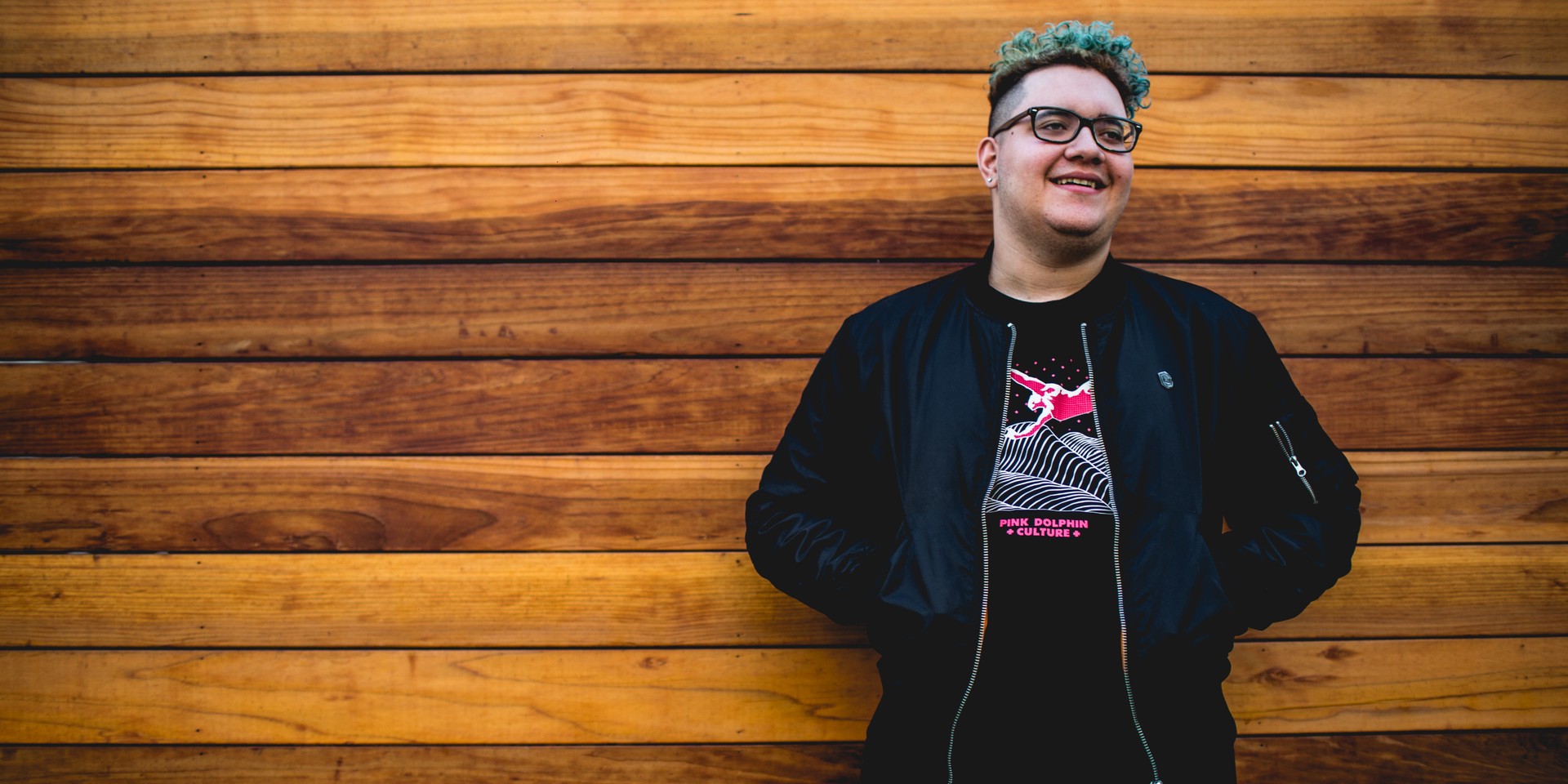 Slushii may not be a household name to casual music fans but he sure is a big deal in the dance music community. At the tender age of 21, Slushii has performed at some of the world's biggest EDM festivals, taking on a coveted mainstage slot at Tomorrowland earlier this year among other huge festivals. But Slushii is so much more than just a dance music producer and DJ; he's a young talent who has dealt with huge adversity and has made the best of the cards he's been dealt. Armed with the support of friends such as Skrillex and Marshmello, Slushii is set to take the world by storm in 2019.

Bandwagon had the chance to sit down with Slushii at DWPX this past December, where we asked him about his latest record, how he deals with Asperger's Syndrome and what it's like to hang out with some of the biggest stars in music. Check out the complete interview below.

You just released your second album DREAM. Your first record dealt with a lot of uplifting concepts and messages, what’s the story behind DREAM? What can you tell us about the album? Take us through the production and recording process.

So DREAM had been in the works for, I would say about, two years now. Ever since I was little, I was bullied in school, I had all these kind of moments in my life where I felt down and I figured, my music is very uplifting because I try to give people an escape, even if it's for a short amount of time. But at the same time, I also think, what if I was honest with the audience and I made something that was super honest and was how I felt at the time. DREAM is a very dark project and it's a very honest project.

Yeah for sure, it's affected my music. I'm kind of like an on-to-the-next-thing kind of person so I'll work on something for a day and then once that's done, I'll immediately start working on the next thing. When DREAM was finished, I had already started working on the next album so I'm already working the next project because of the Asperger's and it's kind of a tunnel vision way of living, I guess. I just never stop working.

Having been through it yourself, what advice would you give to those who have Asperger's or any form of social anxiety?

I think the biggest thing is to just hold on, you know? I think that especially with people under the circumstances that I was put under, they weren't the worst circumstances ever, but it was hard growing up socially inept; not being able to really talk to people. I would say my only advice would be to kind of force yourself to get out there because experiencing social situations are the only ways to be able to get over that hurdle. It might not be something that you do in a day, it might take months or years.

For me, it took years but once I got over that hurdle, I was able to open myself as a person and be way more expressive and music definitely helped. For people with Asperger's it's hard for them to express themselves through words and the thing that got me out of that was music. It might be something else for someone else but I think finding a positive outlet truly helps. I was able to squeeze 18 paragraphs of feelings into a three-minute song. Just hold on, things do get easier.

Mental health has been a key topic in 2018, especially with the loss of Avicii. Being a touring musician, you know it’s not all glitz and glamour. How do you stay above all the negativity?

It's actually really interesting. There's sort of been this raincloud over the EDM community in 2018 with Avicii's death, R.I.P.  A lot of people, myself included, are mentally stretched out. It's not an easy life; You're travelling 24/7, I'm never home, I barely get to see my family and friends all year but what keeps me going is the fans. I think that's the case for a lot of DJs too. It's the people that take off work or work extra hours, or skip school or just find the time to come to the shows, the people that actually want to hear what you have to say. That's what keeps me going at least.

Looking back at 2018, how was your year in retrospect and what were some of your fondest memories?

It was interesting, to say the least. It's been like a rollercoaster. It was my first year actually touring and being away from home for almost the entire year, so it's been an interesting change. I think I've made the most music this year than in my entire life. My fondest memory actually just happened very recently. A fan named Brennan wrote me a letter that reminded me of why I started music in the first place. She asked for a special remix of Dear Evan Hansen's 'Waving Through A Window', and I just had to do it. Being on tour and being away on tour for as long as I've been away, it started to get to me and that kind of brought me back down to Earth. It was exactly what I needed. 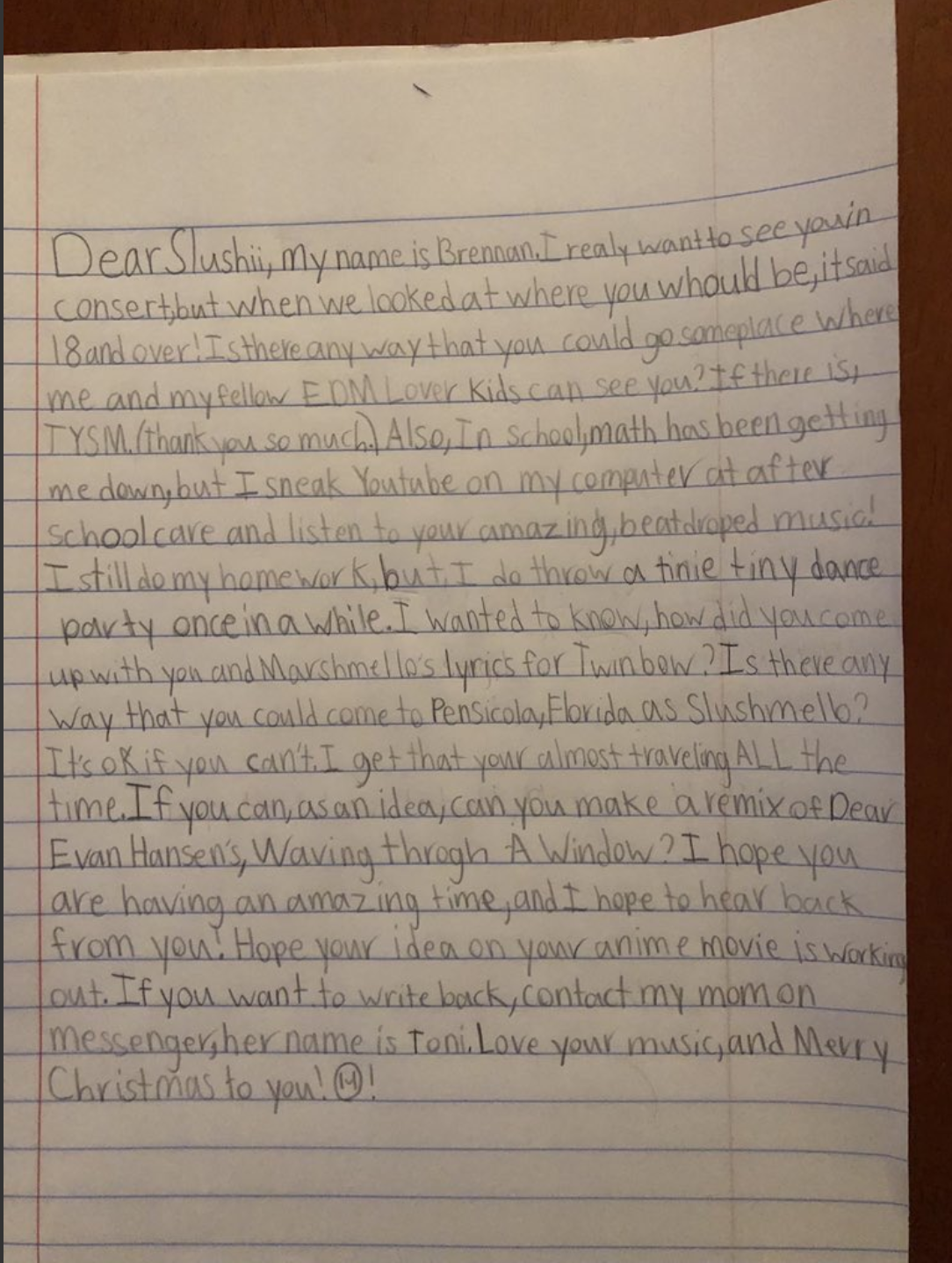 How does it feel to be in the same crew as some of the biggest names in dance right now like Skrillex and Marshmello?

It's amazing, honestly. I grew up looking up to a lot of the people that I now work with. It's both interesting and weird because my experiences pale in comparison to the amount of experience they have. In the grand scheme of things, I'm more of a new comer but it's amazing getting to learn from all of these people and rise above everything. Marshmello's killing it right now, he's smashing pop radio and it's so amazing to see because he's like my big brother. Even Skrillex, the 'Sicko Mode' remix just dropped and that was insane. It's so cool and inspiring to see all my friends succeeding and doing amazing things. It makes me want to do better and explore more in 2019. 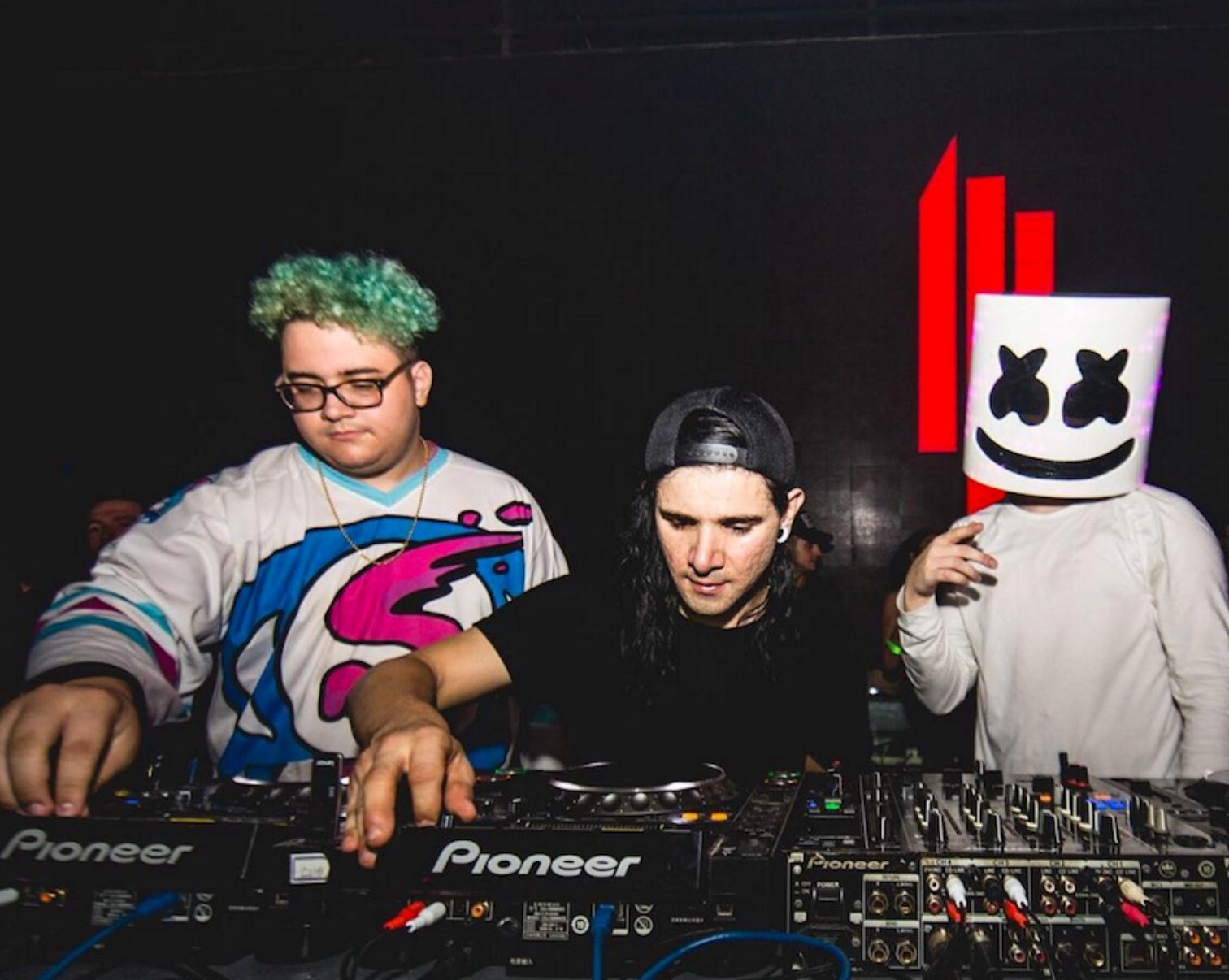 What’re you looking forward to in 2019 and what can we expect from you?

There's a lot of stuff coming. I have two EPs, one's finished. I'm working on the other right now. I'm working on an anime project, it should be interesting. I can't really talk about it but it definitely involves the Slushii brand, so it's not just a project where I'm contributing to something, like I'm actually involved with in on a bigger scale. There's a lot of pop radio stuff coming as well, a song with Sofia Reyes coming out sometime in January too, so keep an eye out for that.