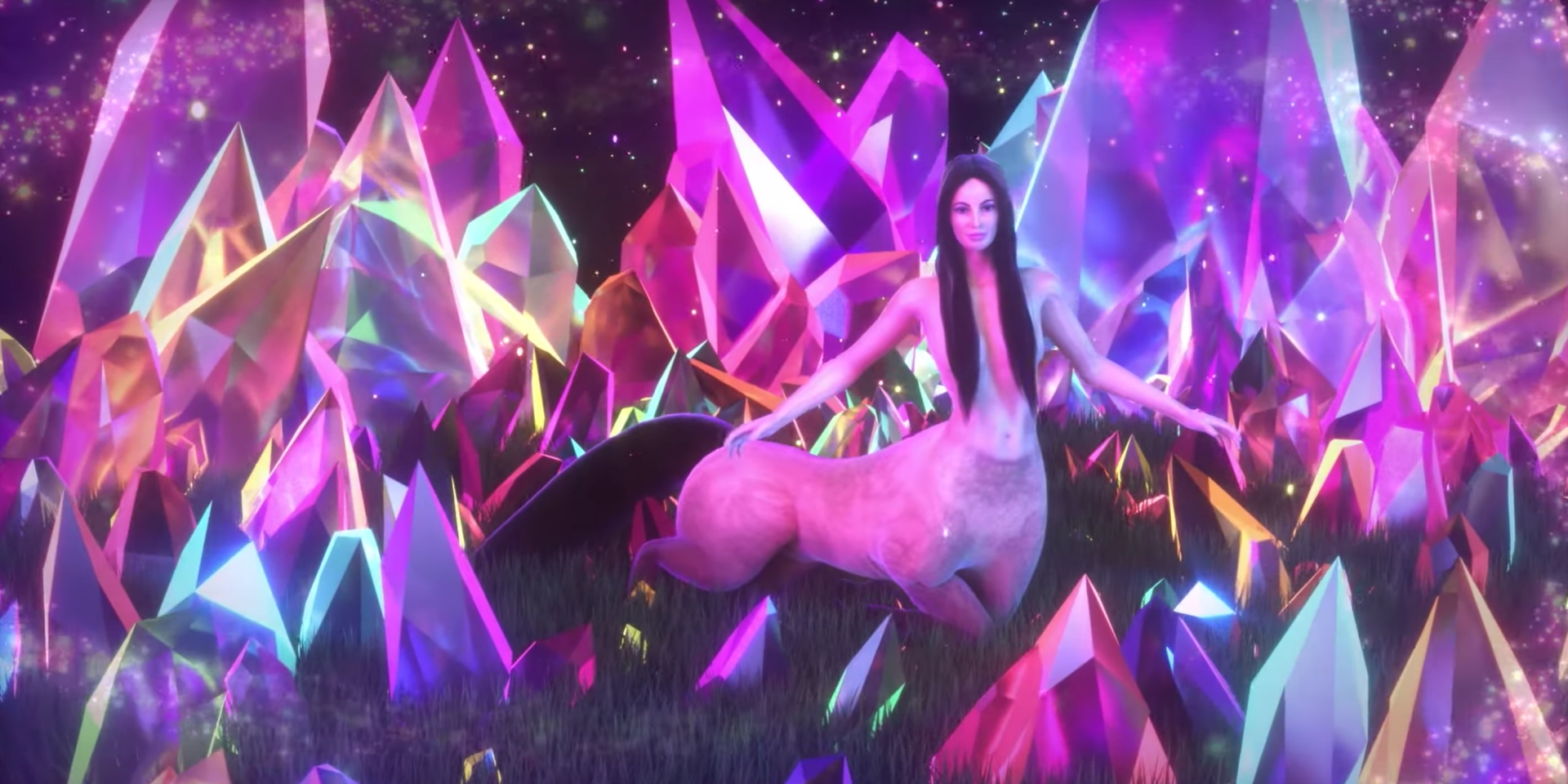 Kacey Musgraves has unveiled the new music video for 'Oh, What A World', a track off her Grammy-winning album Golden Hour.

In the visual, Musgraves is reimagined as a centaur, and a stunning one at that, in a psychedelic world with explosions of colours and mystifying creatures such as a merman and a banjo-playing frog.

The country singer came off her debut at Coachella 2019 last month and most recently, signed a deal with modelling agency giant, IMG Models, which represents other well-known names such as Hailey Bieber, Karlie Kloss and, sisters Bella and Gigi Hadid, among others.