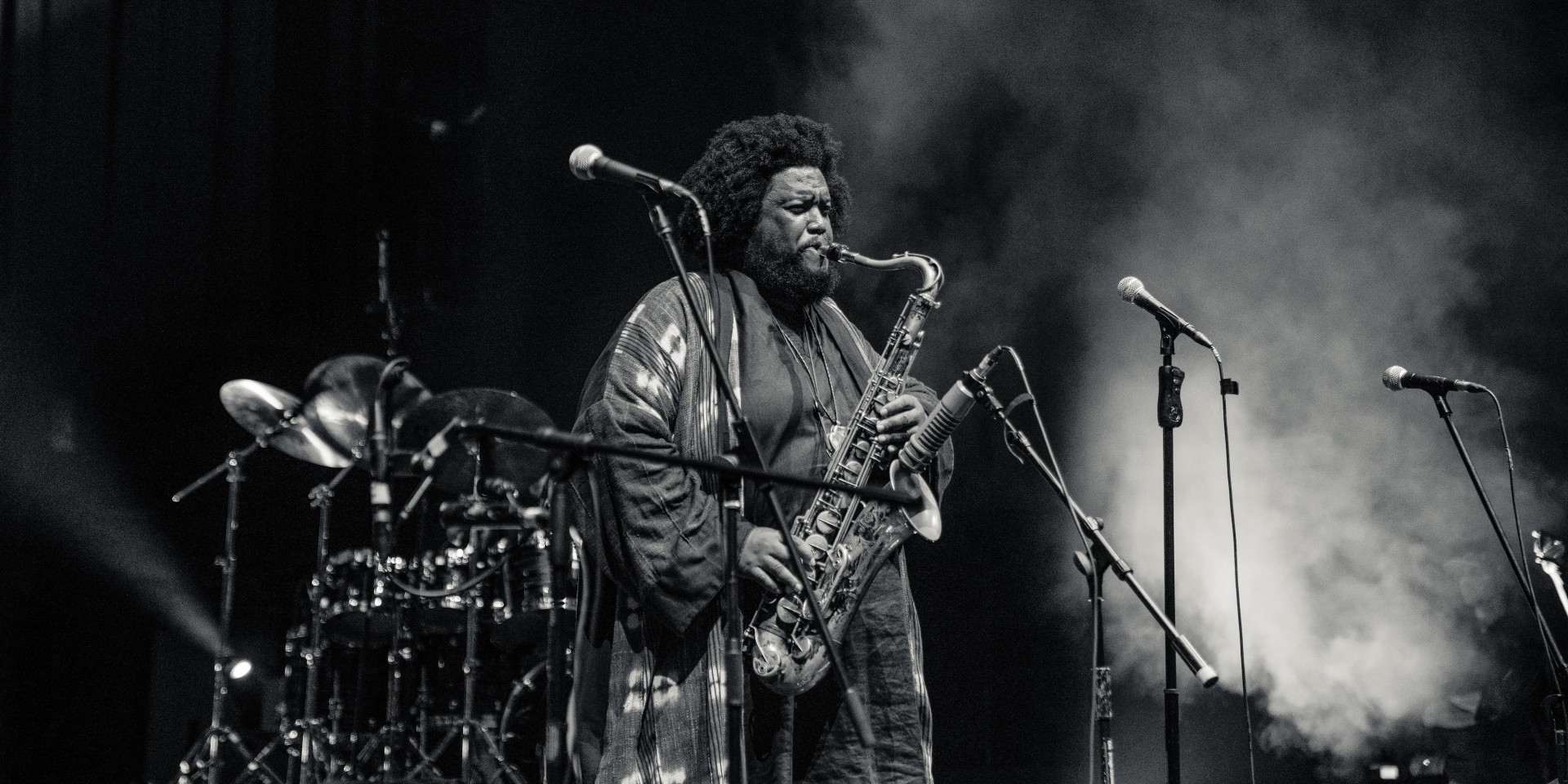 Kamasi Washington was nothing short of magical in his debut show in Singapore.

Bringing yet another great act to our shores, the good folks at Collective Minds sparked excitement across the city when they announced that Kamasi would be gracing us with his presence at the Capitol Theatre, hot on the heels of the release of his incredible sophomore LP Heaven and Earth. Though the saxophonist has been releasing music for well over a decade, he first garnered mainstream recognition when Kendrick Lamar tapped on his jazz-forward expertise for his 2015 reverberating third album To Pimp A Butterfly. 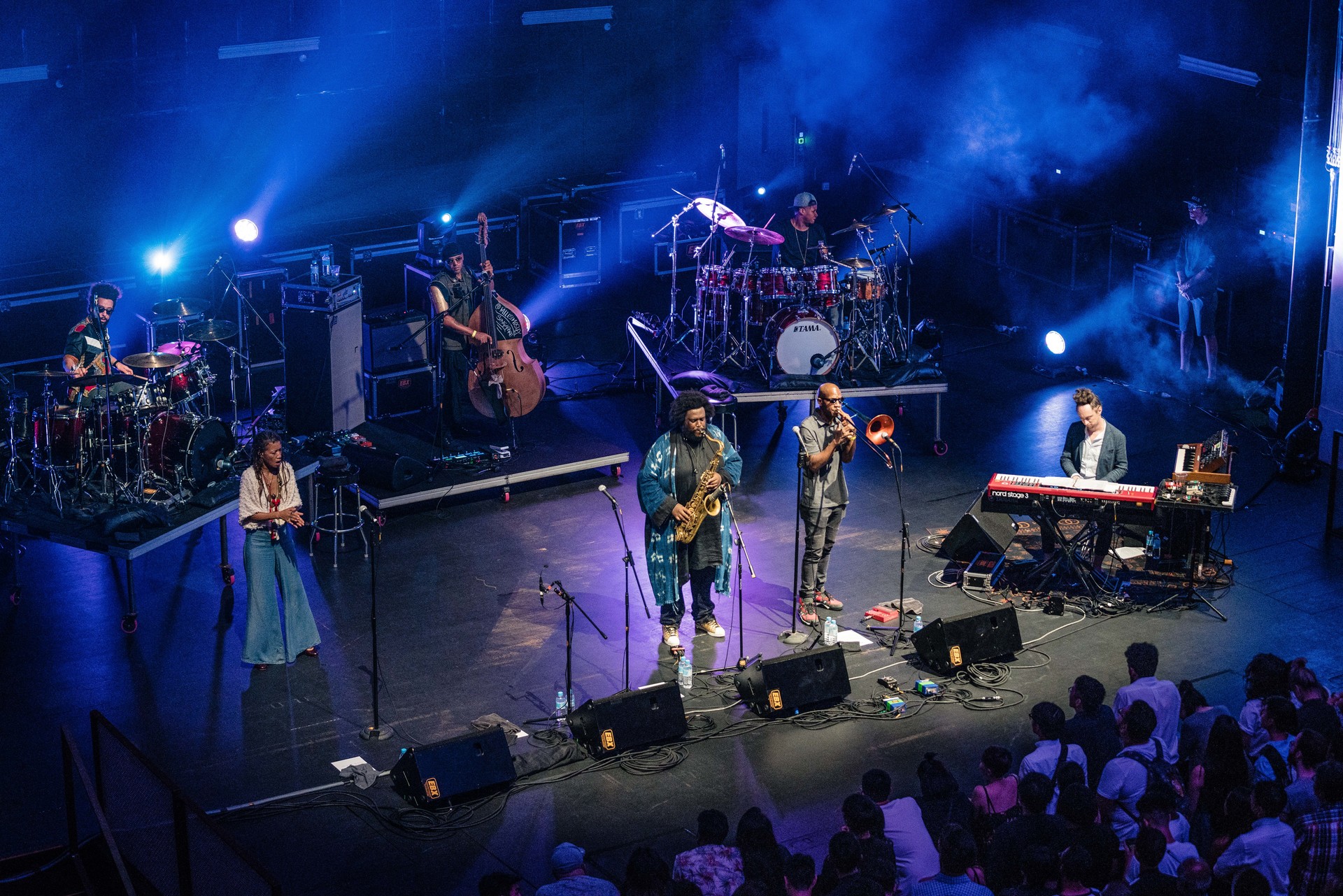 Kamasi’s major debut release, The Epic, soon followed, and an EP, Harmony of Difference, and subsequent collaborations with artists such as Flying Lotus, Lauryn Hill, and Thundercat have led to him being hailed as one of the most prominent faces of the modern jazz revival.

And his latest album is a consummate and definitive display of his sky-parting vision. Heaven and Earth offers listeners a selection of compositions that inspire a range of emotions; from battle anthems to deeply contemplative pieces, it's a technical and artistic tour de force. 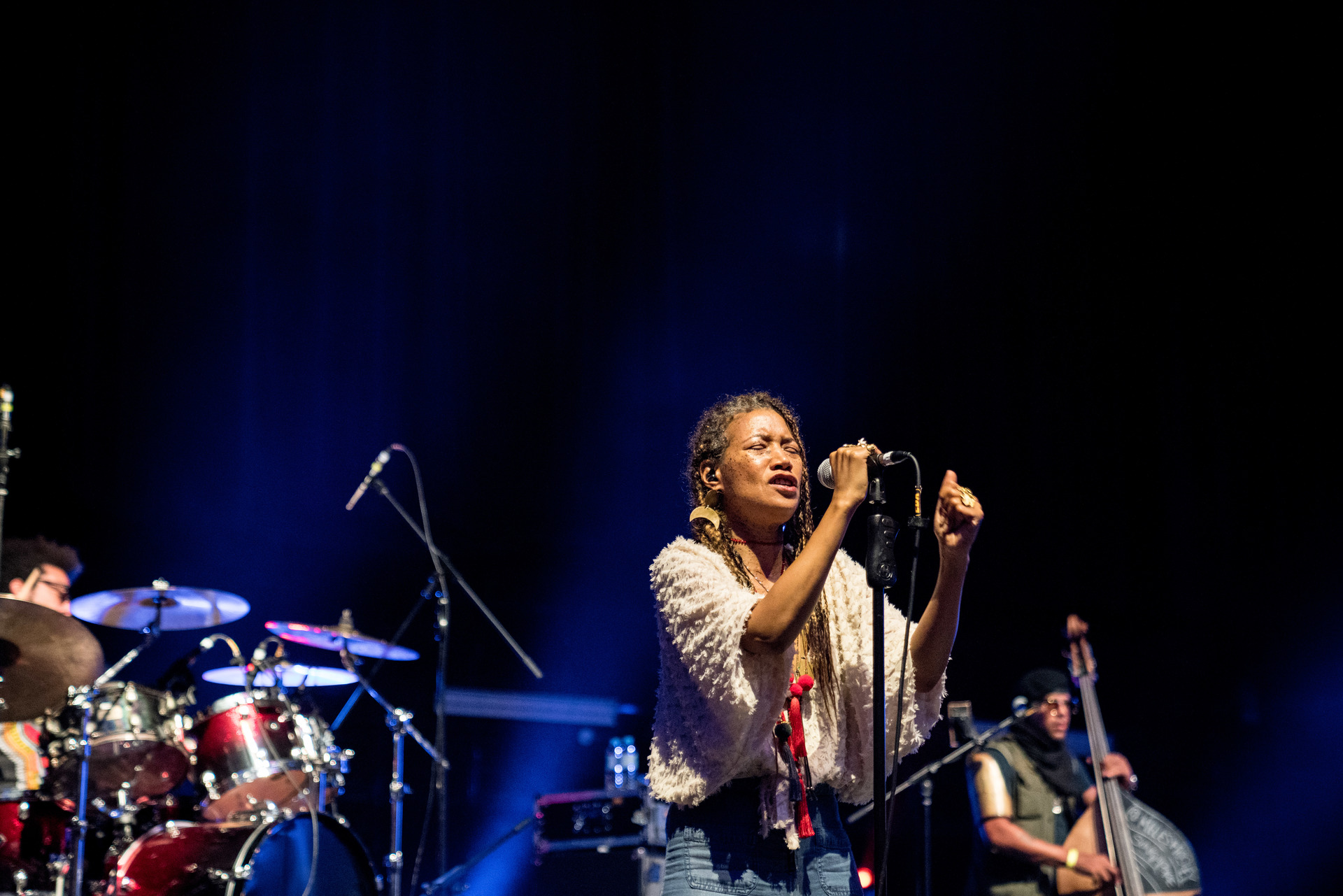 However great Kamasi’s music is on a record, though, seeing him perform live is an experience that exceeds any expectation of how his music can be presented.

Playing six songs in just under two hours may sound scant in theory but for every person in the audience that night, those six songs did more than any of us could’ve asked or even hoped for. 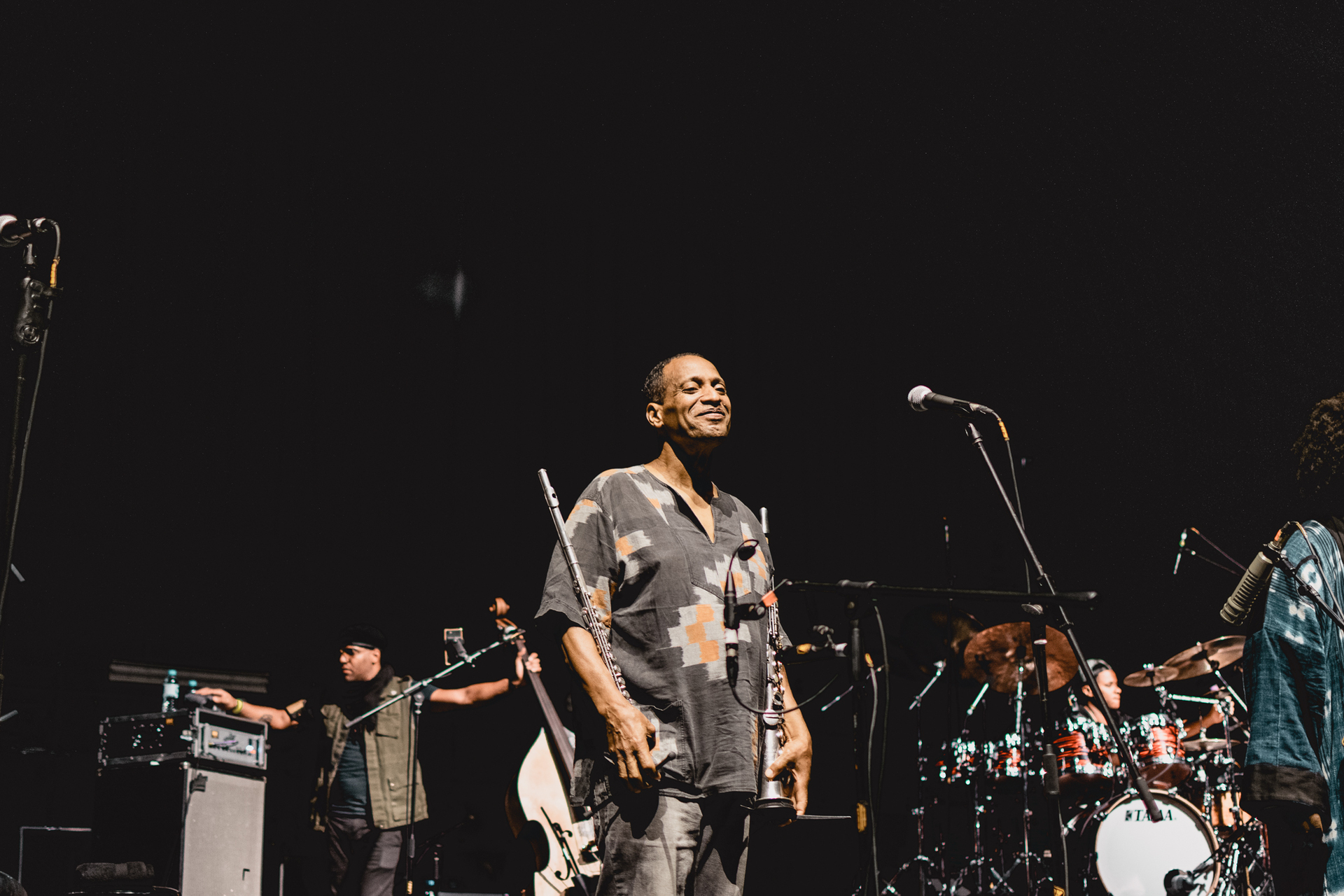 Stretching each one into a unique musical experience of its own, Kamasi and his band rendered an each song an odyssey of brilliant musicality with a visceral thrust. Their showing here was a testament to their talent and mastery of both their instruments and material that unspools from them.

Improvisation is standard fare for any jazz concert, but the glorious chemistry between Kamasi and his fellow musicians made the performance feel as intimate as it was virtuosic. 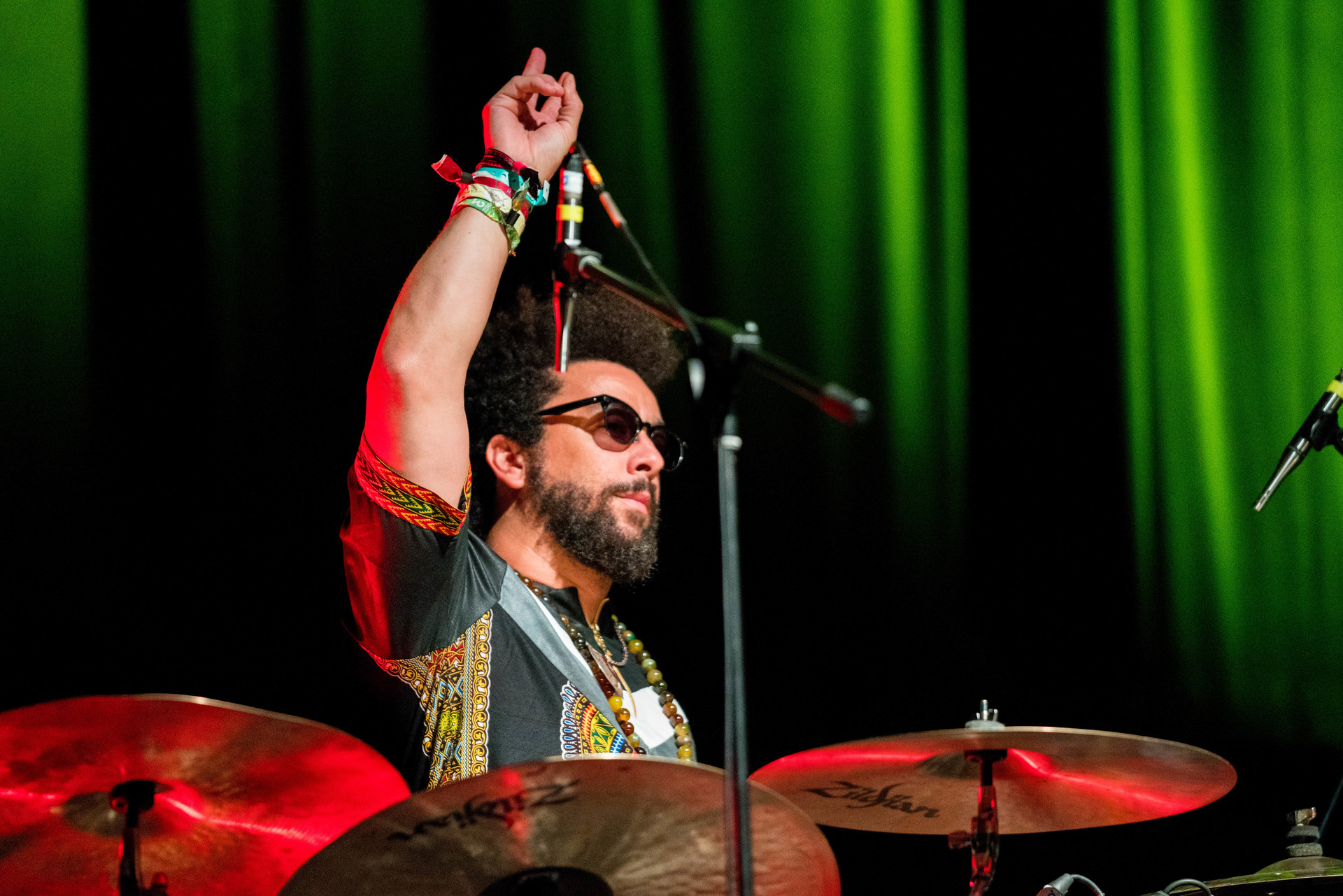 Taking on the role of maestro with utmost confidence and generosity, Kamasi gave each of his band members the time and freedom to showcase their talent, modestly stepping aside and turning his attention to the soloist as if to also signal to the audience who they should direct their attention to.

Not that we needed it; Kamasi’s backing band — composed of a trombonist, two drummers, a vocalist, a keyboardist, a double-bassist, and even a special appearance by Kamasi’s father, Ricky Washington, on the soprano sax for the performance for 'Street Fighter Mas' — never failed to impress the crowd. 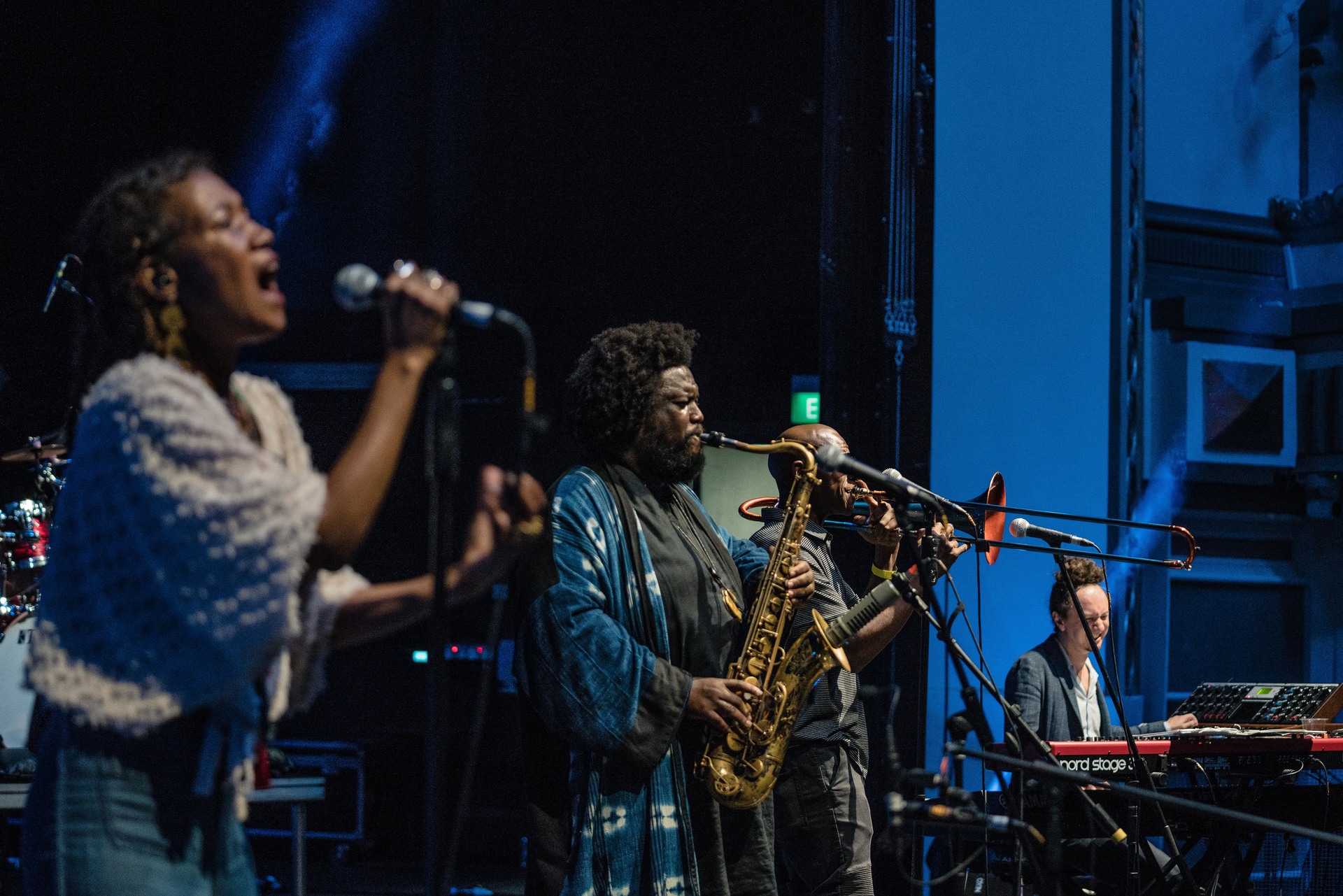 It’s difficult to wax lyrical about certain moments of the show because the entire performance felt noteworthy. Any solo by double-bass extraordinaire Miles Mosley consistently impressed, and Kamasi’s address before launching into 'Truth', wherein he drew a parallel between the five different melodies and the beauty that stems from diversity, was a reminder of the power inherent in music to furnish spectacular sensory experiences.

When Kamasi and his band took their final bow after an impassioned performance of 'Fists of Fury', there were no shouts from the audience for an encore. Some may look upon that in disappointment, but it wasn’t the case here: Kamasi and his band of immensely talented musicians had already given us their all — and we knew it.