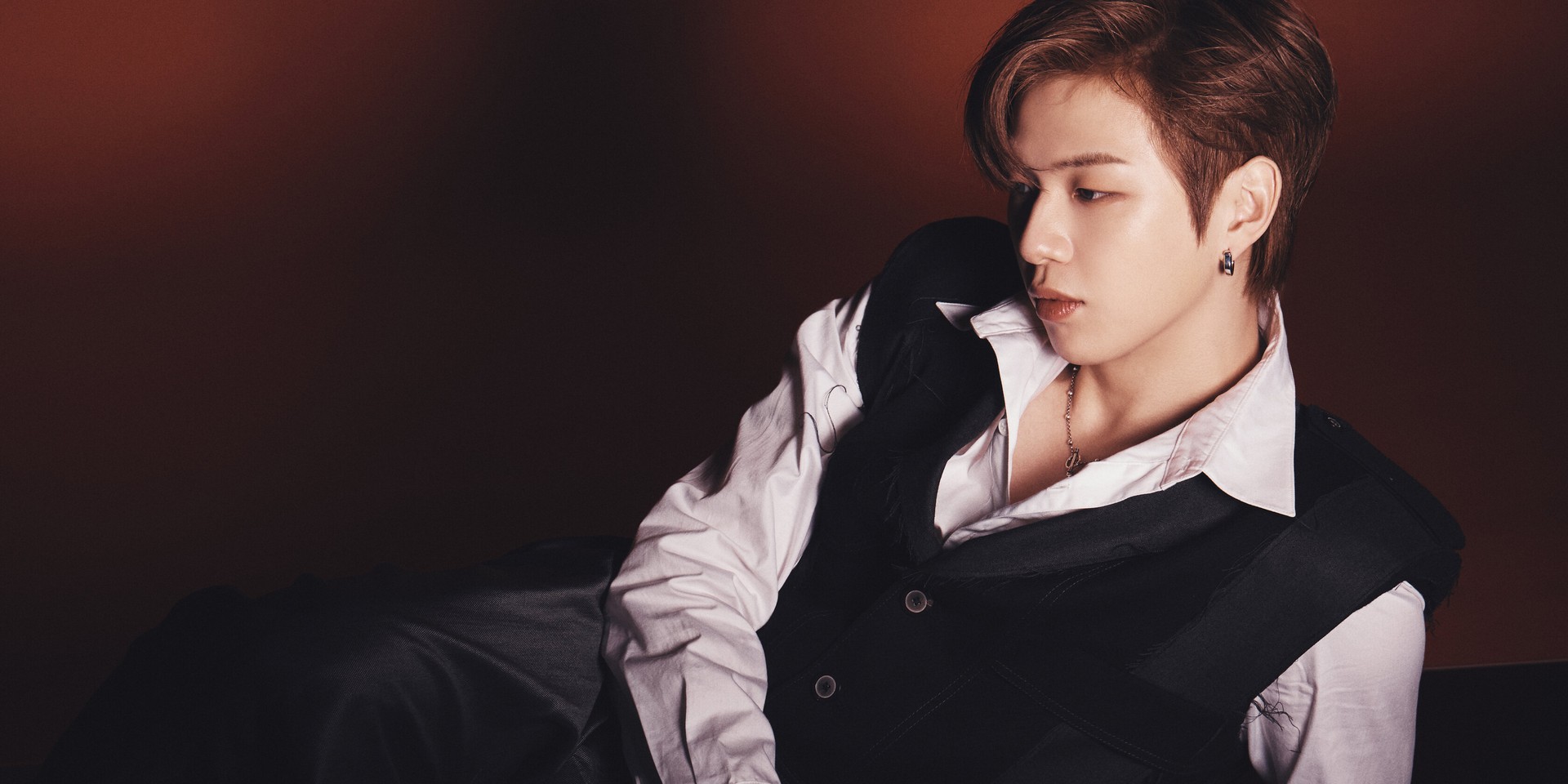 KANGDANIEL has returned with The Story.

Serving as his first full-length album, the Korean act is diving into a new era of his music, one that seems him exploring a spectrum of experiences through his songs. Spanning 10 tracks, the album also features collaborations with Jessi, Chancellor, sokodomo, and Dbo. The Story comes as KANGDANIEL's first major release since ending his chart-topping COLOR trilogy last year. Across three EPs, the singer shared his process of discovering who he is through a collection of dynamic pop tracks.

This time, the 'PARANOIA' hitmaker is showcasing his range and musical prowess as he dives into the intricate world of The Story that he pieced together over the last couple of months.

"I've been preparing for The Story for a long time indeed, and I participated in all the processes. While working on it, I spent a lot of time with my label people and the process was exciting and ecstatic for me," KANGDANIEL tells Bandwagon.

With the release of The Story, Bandwagon caught up with KANGDANIEL to talk about his first album, his acting debut, and his beloved fanbase.

Hi KANGDANIEL! Congratulations on The Story, can you tell us more about it? What was your vision for this album?

Since this is my comeback in 13 months, I really looked forward to it. In this album, every single song is connected to a story, and as a storyteller, I wanted to tell a story that many people could relate to.

What are some of your sources of inspiration and influences while making the album?

It's my family and the people around me. Whenever I make music, I always share a lot of thoughts through conversation and express those stories with songs naturally. Since everything went along with the natural flow, I believe people can relate to it and enjoy it. How does The Story stand out compared to your previous releases?

My previous series, the COLOR trilogy, focused on the process of discovering myself but in The Story, I tried to show diverse appearances naturally as a storyteller. I wish to celebrate myself and hope people enjoy my album with me this time around.

Speaking of, this comes as your first release since ending the COLOR trilogy. What did you learn, whether artistically or personally, from working on this series that helped you during your preparation for The Story?

I have learned how to enjoy the current moment. It was almost the first time to feel relaxed and amused while working on an album project for both me and my label team. It was a great opportunity to get to feel grateful for the people around me again. Beyond your own music, you also recently had your acting debut in the series ‘Rookie Cops’. What was your first-ever acting project like? How did it differ from being a singer and idol?

I had butterflies in my stomach since it was my first debut in acting. However, I could get used to it and came to be excited when I felt the moment that I could be absorbed in the character. There is not much difference between acting and singing, but I feel like an acting project takes more tremendous effort compared to singing.

You have fans from all over the world, what is it like having your music heard and enjoyed all across the globe? What are some cities you hope to perform in soon?

It is fascinating to me. I’m so blessed that people love my music and relate to my story even if the language is different. If possible, I would like to concerts in all cities, I cannot pick one place since DANITY from all over the world has asked me to visit their country. What other projects can we expect from you this coming year?

Currently, I’m trying to focus on my work now and I haven’t thought about the next plan yet. However, the only thing I hope to say is that continuing my album activities without regret as a singer is my plan.

Listen to KANGDANIEL's The Story here.