Katy Perry's fourth trip to Singapore had it all – glitz, glamour, and a ton of fun.

You'd think that after having performed in Singapore three times, the fourth performance from Perry wouldn't have anything new in store for fans, but that was far from what transpired on Sunday night, 8 April. The Singapore Indoor Stadium was the site of what can only be described as one of the grandest performances the venue has ever witnessed – pun fully intended. 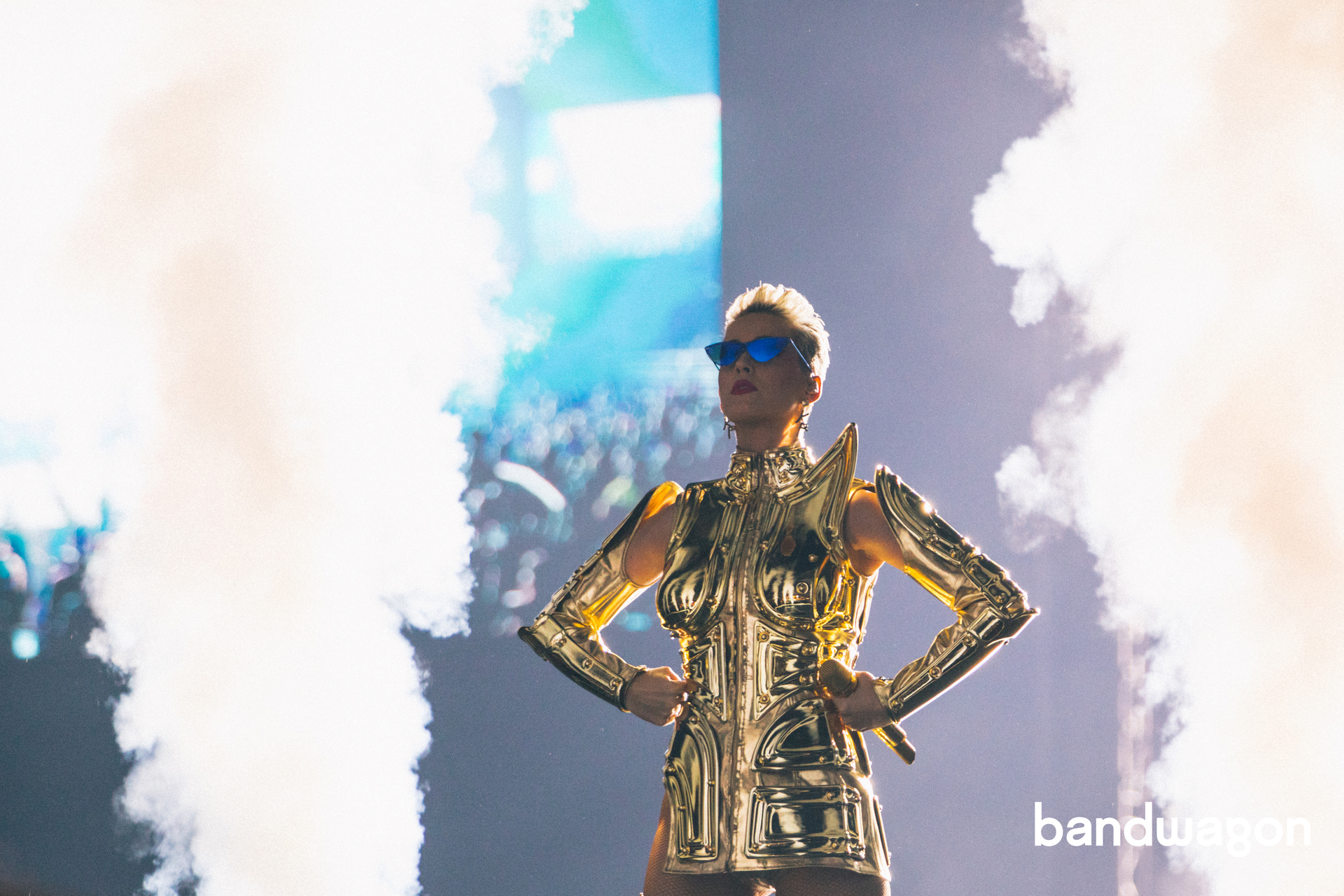 Katy Cats (the name Katy Perry fans have lovingly adopted) began filling out the arena once the gates opened at 7pm, packing out the stadium long before Perry appeared on stage. Fans knew they were in for a treat upon walking into the stadium with the stage on full display. The main stage took the shape of an eye, resembling the cover art for her latest album, Witness, with a curved ramp stretching out into the middle of the arena. 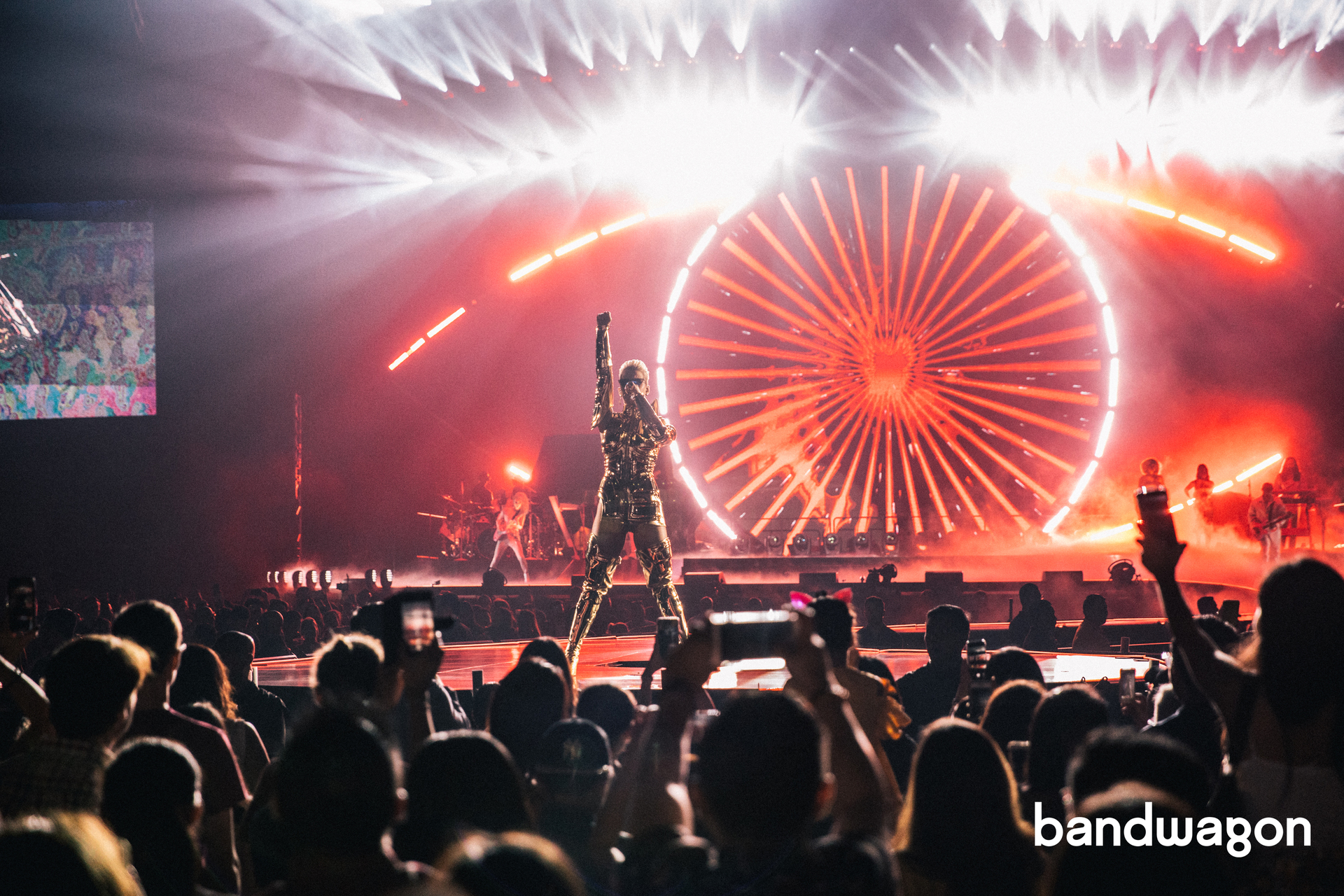 The fans buzzed in excitement as Perry's pre-set playlist blared over the speakers with '80s hits such as A-ha's 'Take On Me', unaware that the playlist would set the tone for the rest of the night. The lights dimmed at 8:30pm sharp as a video introduction set to 'In The Space' began playing, culminating in Perry emerging from below the stage, kicking off her set with the title track off her 2017 album. 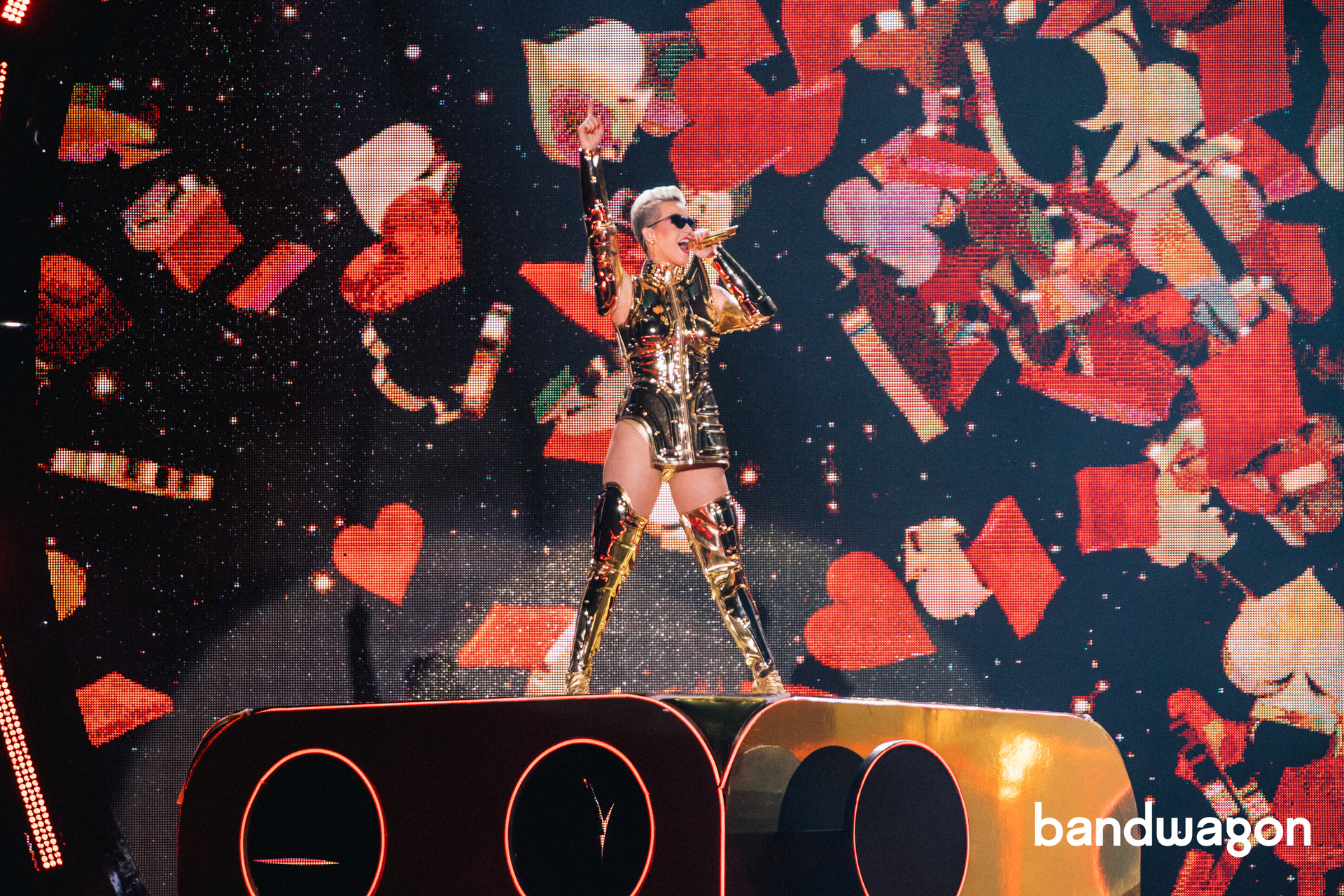 The star ran through four songs before taking a break to talk to the fans, asking them about the languages spoken in Singapore, as she took the time to learn a few phrases. Soon after, props were brought out and Perry commenced the second act of her show, performing her greatest hits, such as 'Teenage Dream', 'Hot N Cold' and 'California Gurls' with an appearance from the beloved Left Shark. Thanks to Perry's live band, the songs took on a life of their own, with several tracks getting the '80s sonic treatment with visuals to match. 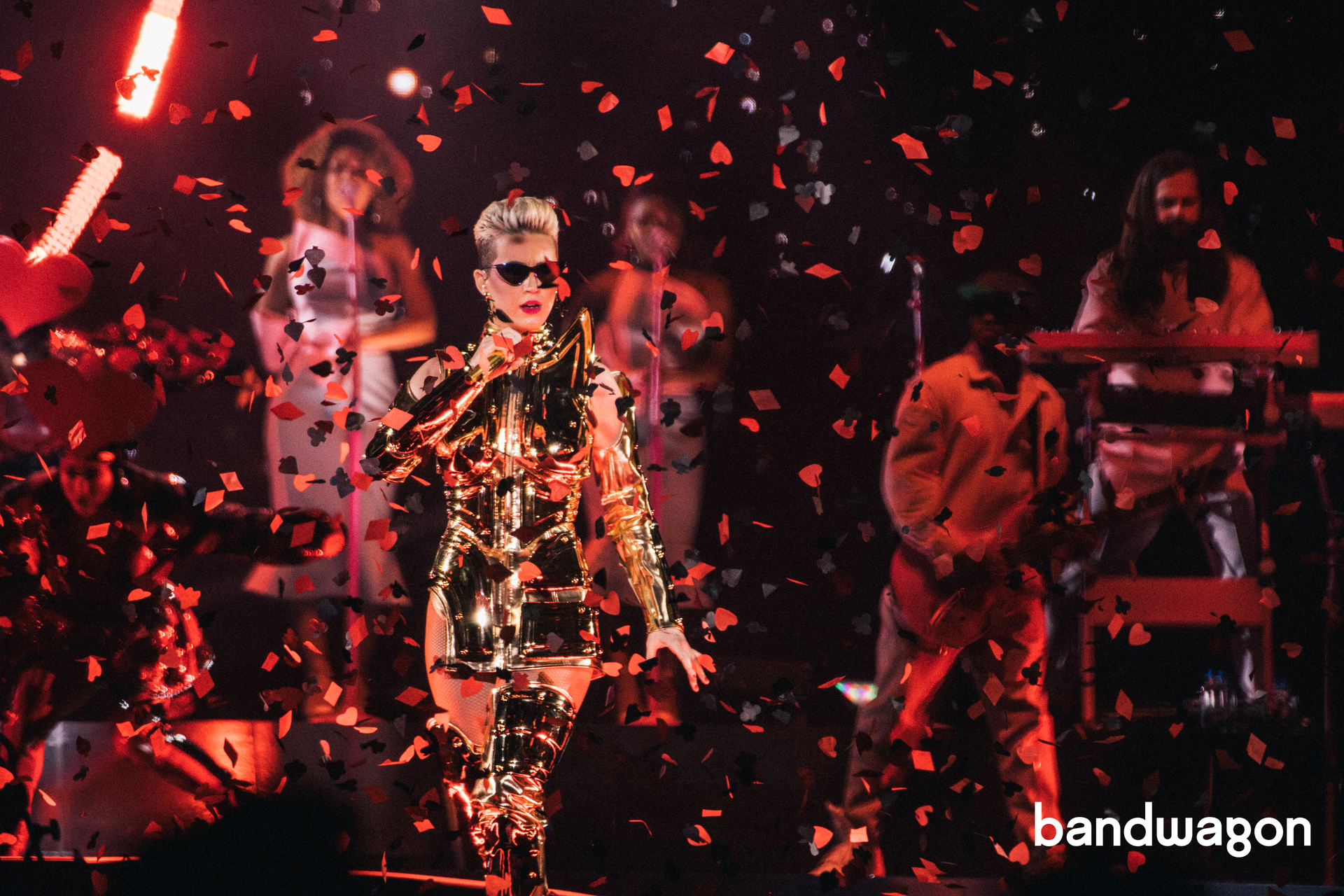 Katy Perry engaged with the fans once more, as crew members rushed to set the stage with props for the third act of the night. Perry called a fan up on stage to teach her several words in Malay and Mandarin, but there was a slight hiccup: the fan she called on stage turned out to be Vietnamese, who didn't know either of the languages, but she went with the flow, acknowledging the hilarity of the situation. She then transitioned into tracks like 'E.T.' and 'Bon Appétit'. Perry walked around the stage, introducing every member of her dance crew and band, giving each member their well-deserved time to shine. 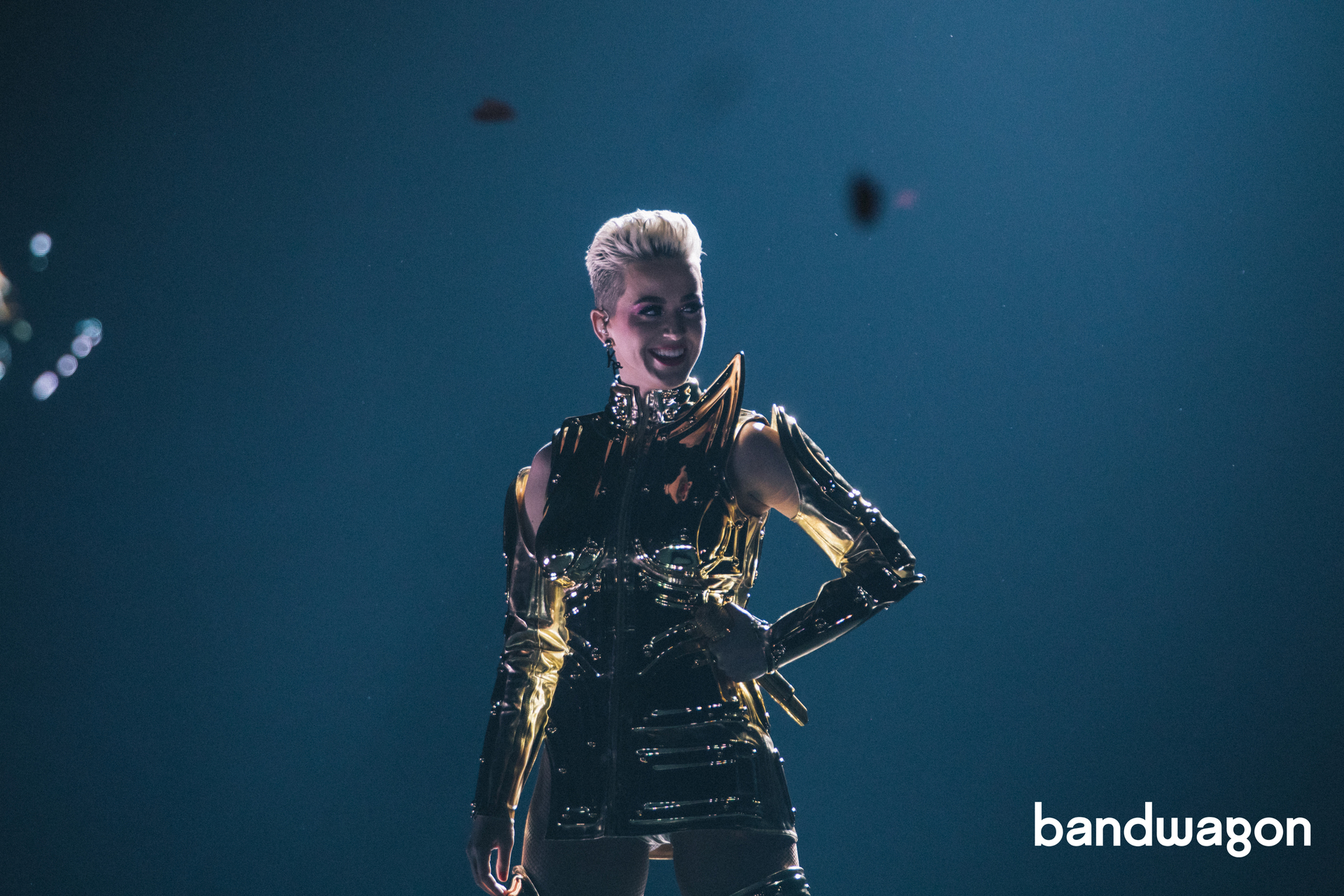 The fourth act of the night was an acoustic set. Perry was visibly emotional, thanking Singapore for embracing her and watching her grow up over the course of her four shows here. She performed 'Wide Awake' and 'Into Me You See' as a sea of flashlights lit up the arena. Fans sang along to every word. 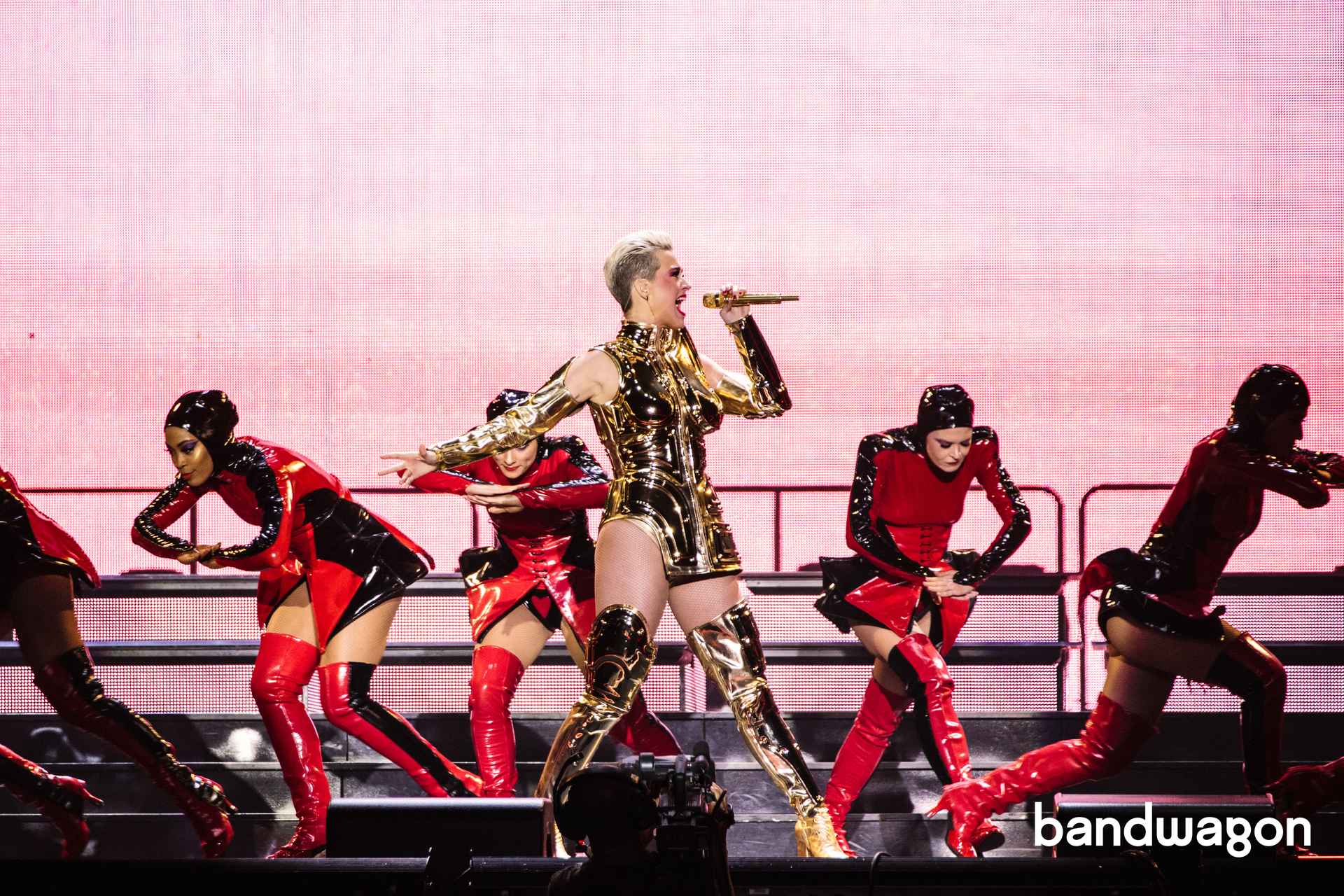 The fifth and final act of the night saw Perry perform newer tracks like 'Swish Swish' and 'Roar' complete with confetti cannons and balloons bouncing around the arena. She bid the crowd farewell as the lights dimmed and the production crew rushed the stage to clear the props. The stadium was drowned in a sea of darkness for two minutes; many young fans wondered what was going on. 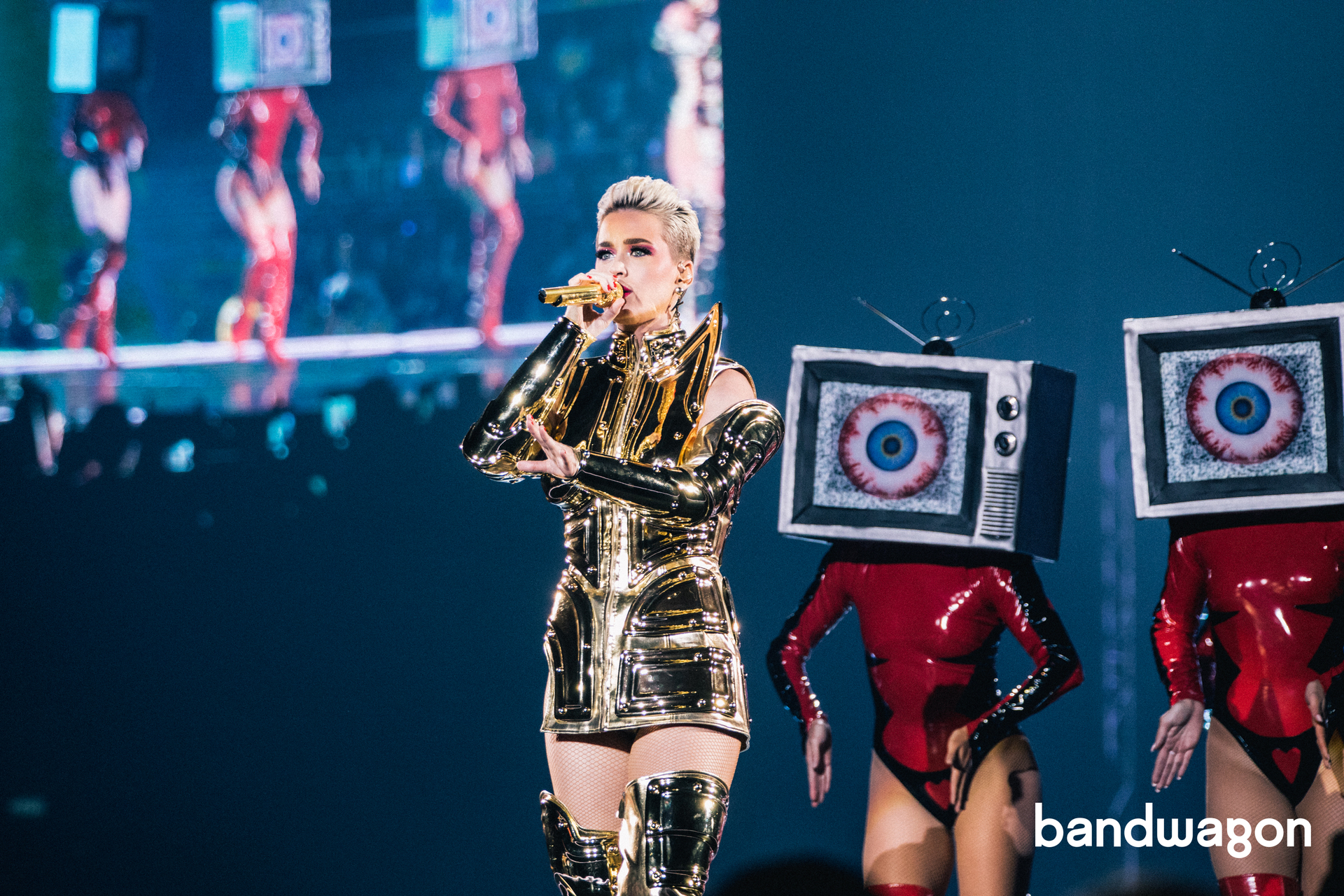 Little did they know that they were in for the most grandiose part of the night. A large curled up fist appeared in the middle of the arena, with Perry emerging from within and belting 'Firework', arguably her biggest hit. Perry capped off the night with an abundance of pyrotechnics, and the crowd cheered and revelled in the moment. 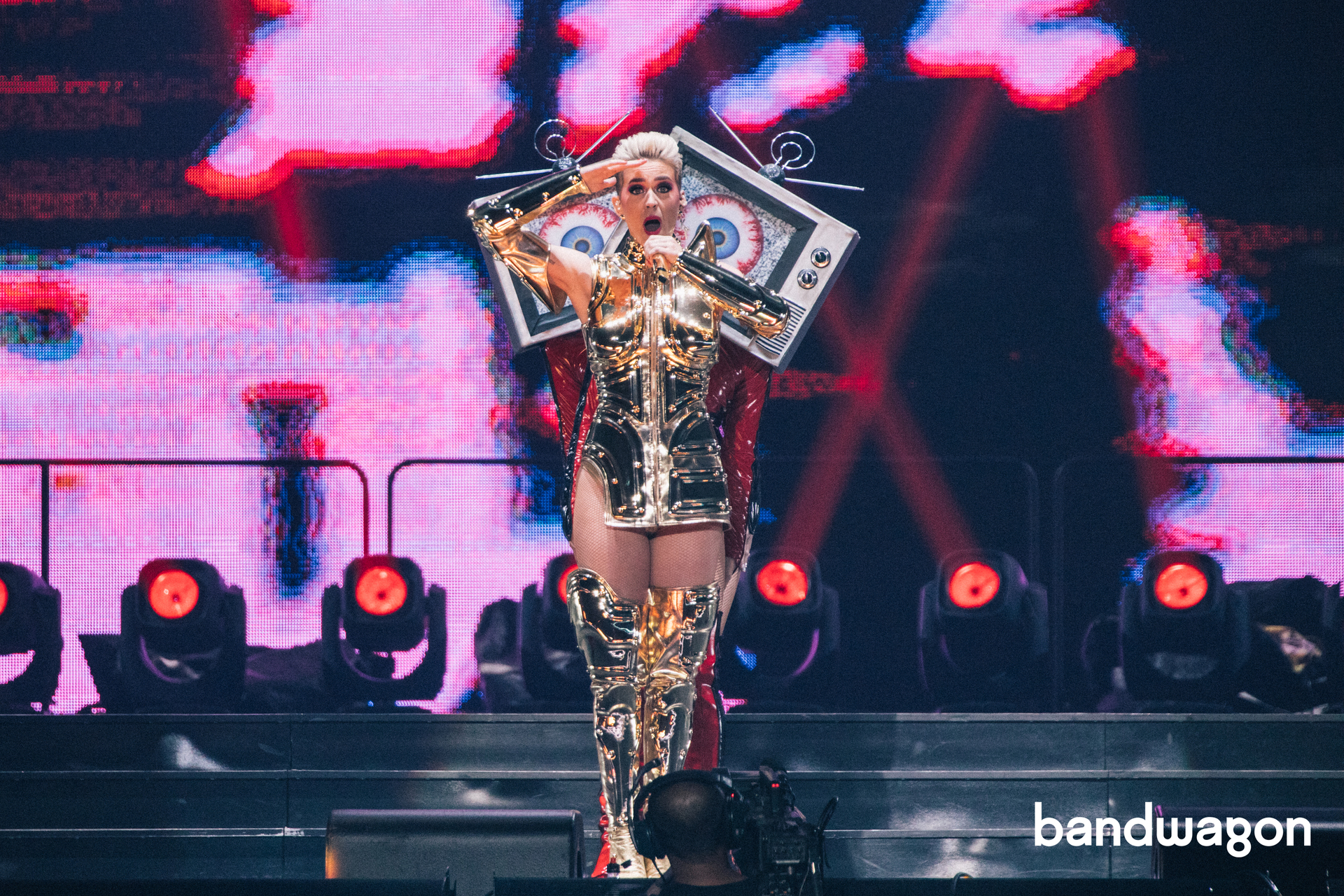 Katy Perry proved one thing last night: She's a performer who can hold her own onstage with the best of them. With an amazing live band backing her, an impressive dance crew, and extravagant stage production, the fourth time was the charm for Katy Perry and the Katy Cats. Fans left the Indoor Stadium feeling like plastic bags drifting through the wind, light and free after a fun-filled night. 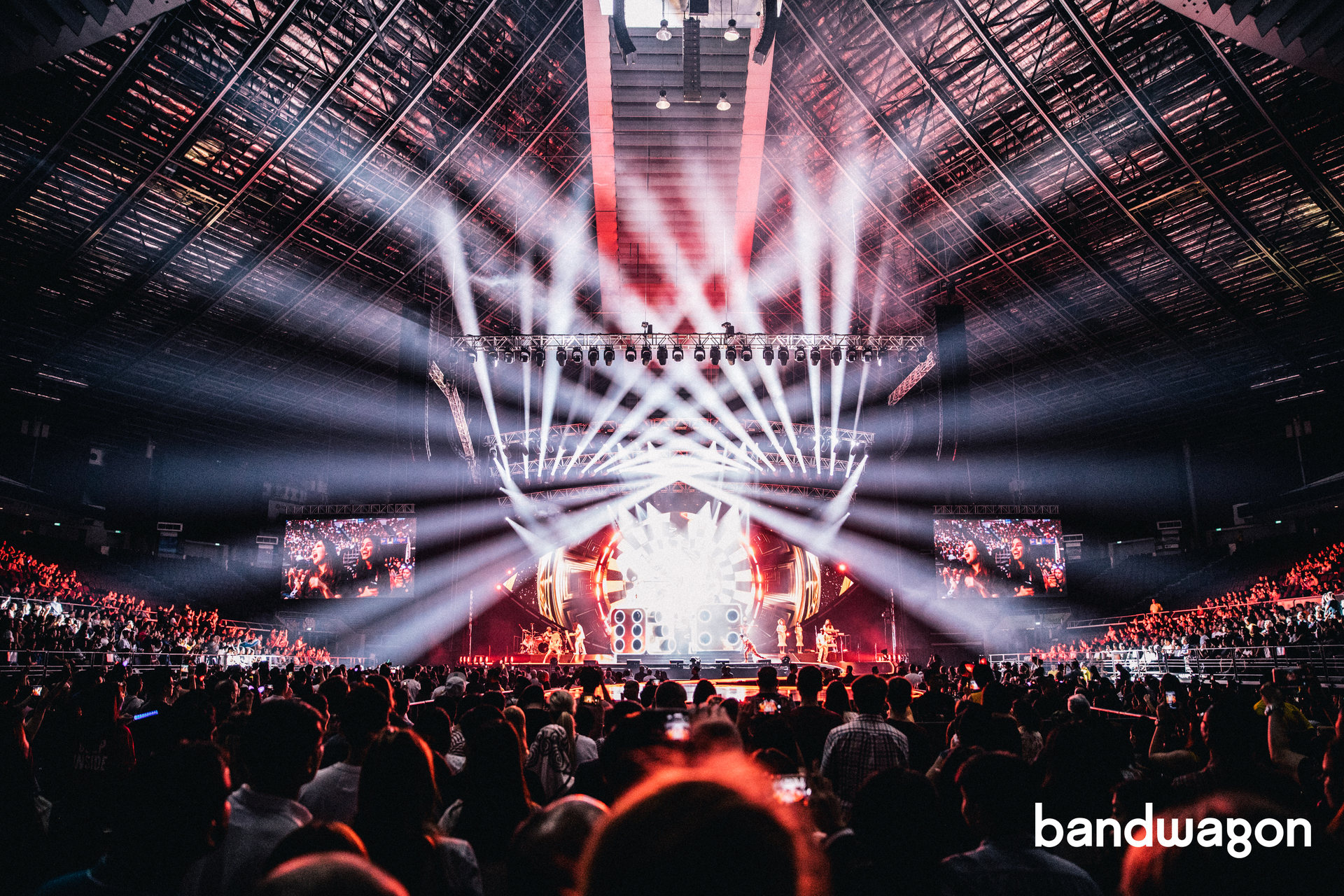 Special thanks to AEG for the invite.