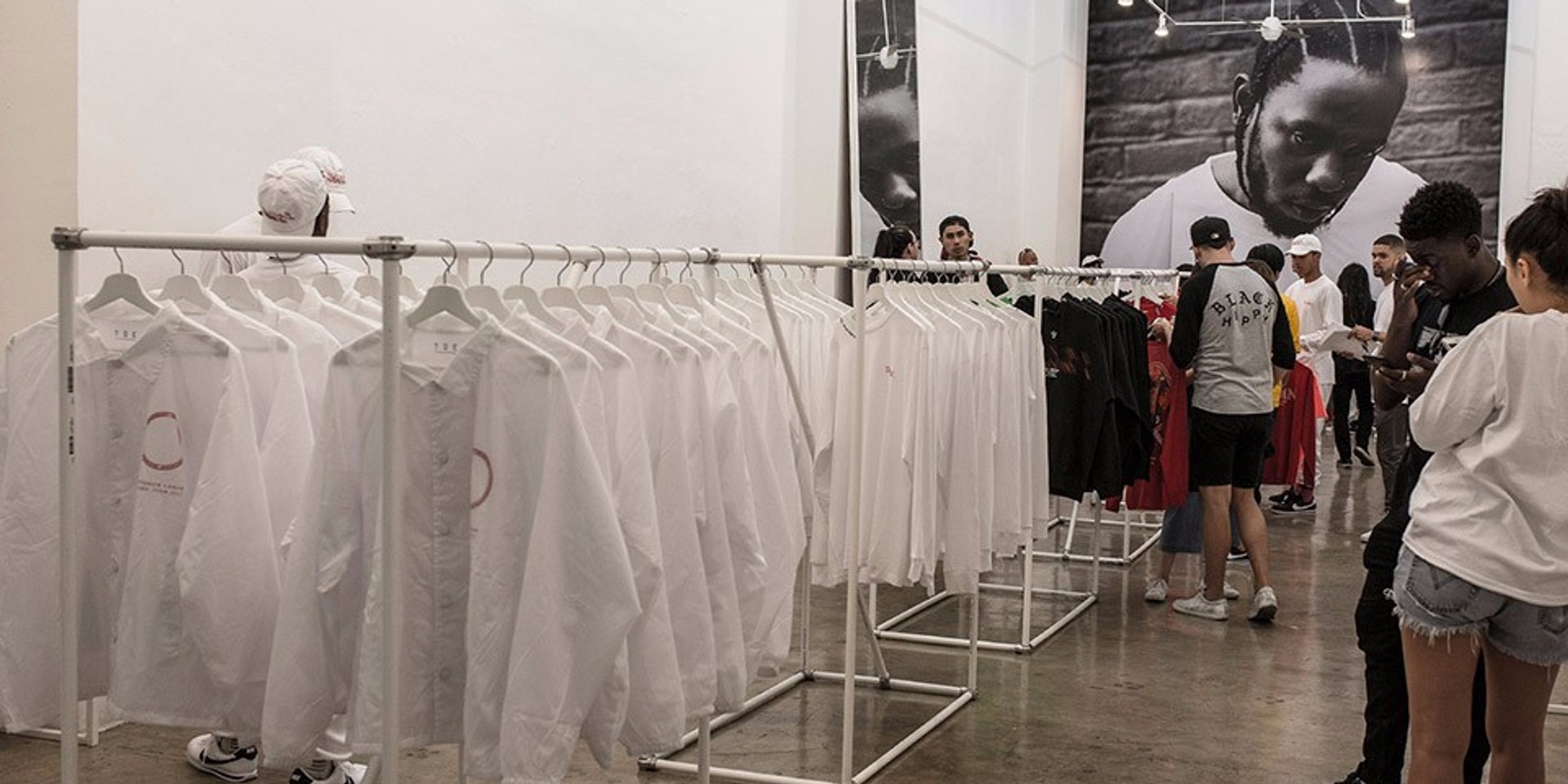 Kendrick Lamar took to Twitter on Tuesday to announce a pop-up store in Tokyo, set to happen later this month.

The DAMN. pop-up store will feature limited edition Kendrick Lamar merchandise in support of his latest record. This will be the rapper's first pop-up store in Asia.

The pop-up is scheduled for November 18th, although a venue has not been released yet. Fans are expected to queue up long before the store opens, possibly overnight. Hopefully, the pop-up is a sign of things to come for Kendrick fans in Asia, just like when Kanye set up a pop-up shop in Singapore last year.

Here's what the DAMN. pop-up store offered in New York.