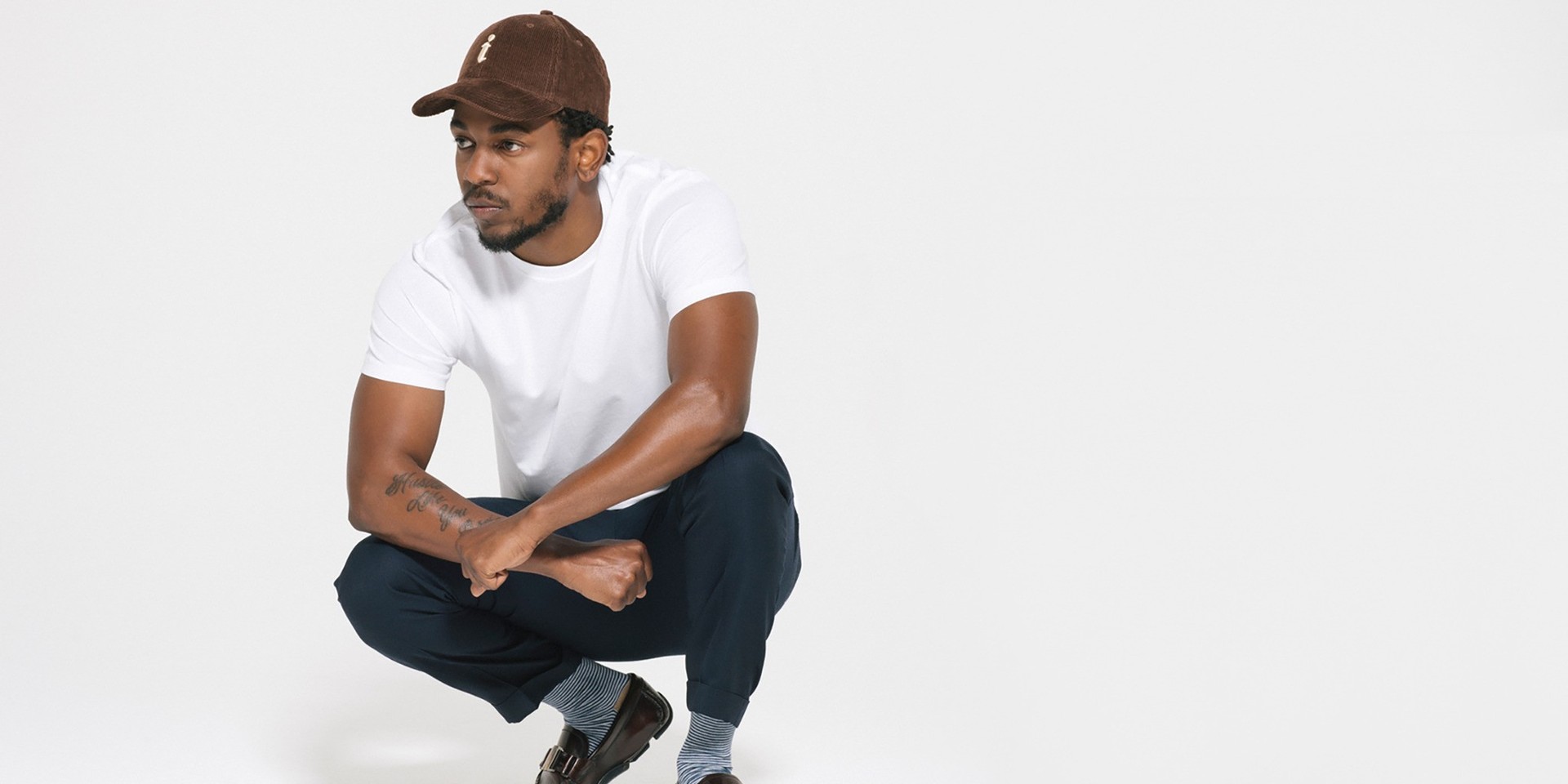 At one point in the night, Kendrick Lamar stopped performing 'HUMBLE.' to allow the 20,000-strong crowd filling the O2 Arena to attempt his verses, with now-iconic lines "My left stroke just went viral" and "Show me somethin' natural like ass with some stretchmarks" cutting through with delirious clarity and echoing enthusiasm.

Kendrick Lamar's first night headlining the O2 did not only mark a pivotal point on the ongoing DAMN. Tour — it was a huge goalpost for the critically-acclaimed artist and visionary, whose third studio album dominated the hip-hop landscape for the entirety of 2017 and turned the burgeoning storyteller into a global music icon.

Kendrick is a man with proud Compton, California heritage, and this London date — the first of two sold-out nights — was a true indication of his international dominance. It didn't hurt that this concert coincided with the UK release of superhero film Black Panther, whose soundtrack Kendrick carefully curated and produced. In this case, there can never be enough of K. Dot, who along with Beyonce, Kanye West and countless other artists has made an Afrocentric vision mainstream and globally resonant.

There were no special guest features through the night, and his set list and presentation were kept dutifully intact from previous shows. But at the monumental and quintessentially British venue, Kendrick's stage prowess outshone any expectations that the audience brought into the arena.

The concert was segmented by a three-part short film (which you can watch in full here) depicting the rise of Kung Fu Kenny, Kendrick's Shaw Brothers-inspired alter-ego.

Unlike the cinematic grittiness of Good Kid, M.A.A.D. City or the opulent jazz flourishes of To Pimp A Butterfly, DAMN. is Kendrick's loosest effort yet, both conceptually and thematically. Tying in a vintage kung fu aesthetic was likely Kendrick's best decision to date, paying tribute to hip-hop's fascination with such movies, reaffirming his roots while exploring new ground. And boy, did it pay off with 'DNA.', where a dancer, dressed as a minimalist ninja warrior, springs out as the song's explosive beat change comes into play.

DAMN. was also released a mere two years after the sprawling To Pimp A Butterfly, and yet the album marks a significant change in his career — his live band is reduced to a three-piece, cloaked by the minimal stage set-up, and all eyes are on Kendrick as he maneuvers around the stark stage, sheltered by a slanted and monolithic screen. The set list also only featured two songs off the 2015 album (the generational anthem 'Alright' and the early-night banger 'King Kunta') while space was reserved for the bulk of DAMN. and choice cuts off Good Kid.

Even without the presence of the biggest hits off the Black Panther soundtrack, there was more than enough to commit to a banger-after-banger diet. With a compact stage arising amongst the crowd as 'LUST.' blared over the speakers, Kendrick was well aware of his audience, a crowd who were well-versed in DAMN. but also hungered for his early hits. 'Money Trees' followed and you can imagine the response.

Drugs won't get you high as this ☄️🔥💥 #kendricklamar #kungfukenny #damntour #london

This is a show that Kendrick has toured for the better part of 2017 in the US, and a few dates in the UK before London — if you caught his Coachella performance, it was critically close to the programme that served the O2 Arena — but even with the accessibility of the Internet, the audience chose to live in the moment, coalescing and giving the rapper an overwhelming ovation mid-way through the show.

Everything about the DAMN. show appeared meticulously choreographed and rehearsed, but the moment Kendrick looked upon the 20,000 fans chanting his name, it was likely the only time you could catch the rapper truly dumbfounded. He didn't mutter "Damn" but he might as well have.