The team behind Potato Head Folk will be taking over stretches of Keong Saik for an exciting mini-festival in May, and it looks like they'll be leaning heavily on some of China's freshest underground talent to provide the sounds!

In case you haven't been keeping up, China has actually been bubbling over with cutting-edge producers and musicians in recent years, so it's pretty encouraging to see an event in the Lion City cherry-picking some of their very best to showcase in heart of Singapore's Chinatown.

Dubbed as Keong Saik Carnival, this massive street party will be headlined by none other than prolific Beijing beatsmith Howie Lee (read our profile of the Do Hits co-founder here) and the dynamic duo of Shanghai vocalist Cha Cha & SVBKVLT boss Drunk Monk, alongside the ever-hype Al Rocco & Blow Fever of famed rap collective Busy Gang.

Naturally some of Singapore's finest will be getting in on the action as well, and Potato Head Folk have lined up quite the all-star cast. DJs from crews like ATTAGIRL, Syndicate and Pushin'On will be representing the local selectors alongside Mr. Has, so you can likely expect a steady supply of quality hip-hop, bass, funk, house and disco all-day long. Last but certainly not least, iconic art-rock outfit The Observatory will also be on hand to make sure everything is vibration.

Of course, the list of acts we've listed is merely part of their first wave announcement so you can bet Potato Head Folk has plenty more up their their sleeves. More details, acts and ticketing information will unveiled via their Facebook page, so give them a like and stay updated. 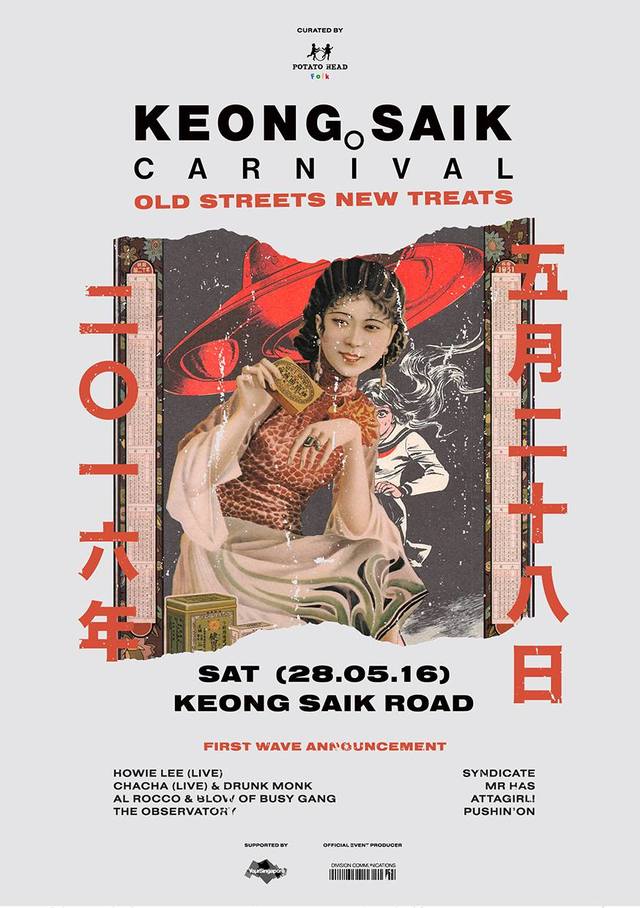