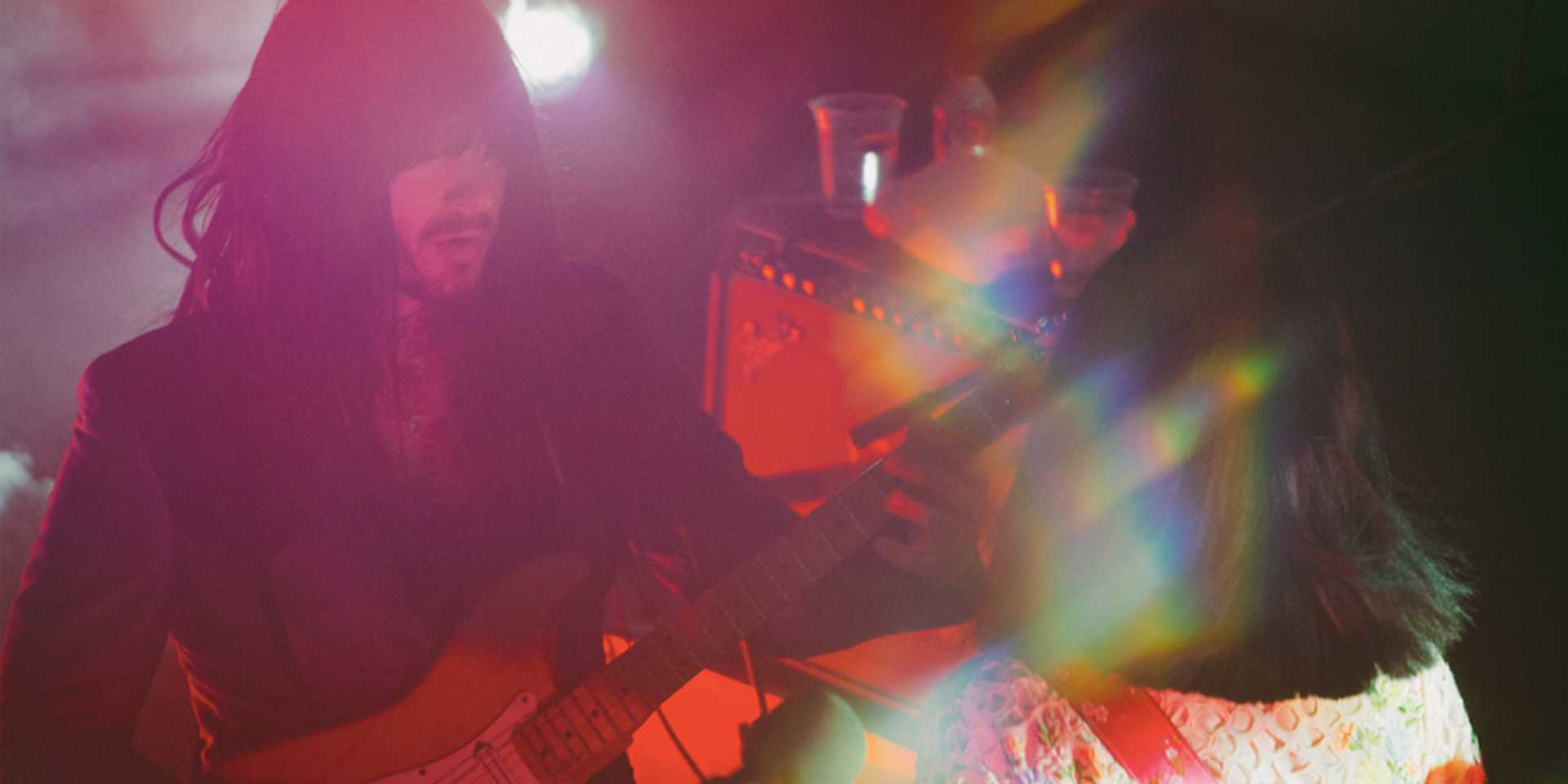 Texan three-piece outfit Khruangbin brought their groove to our shores last Monday, performing two back-to-back full house shows at The Projector that can only be described as a psychedelic dream.

Bassist Laura Lee, guitarist Mark Speer and drummer Donald Ray “DJ” Johnson Jr. play an eclectic mix of 60’s Thai funk, surf soul and other chilled, groovy genres. They make their atmospheric, bass-heavy tunes in the countryside of Texas where they reside, often in a barn: which makes you wonder how they got their roots in funk from another continent – and the peculiar band name. 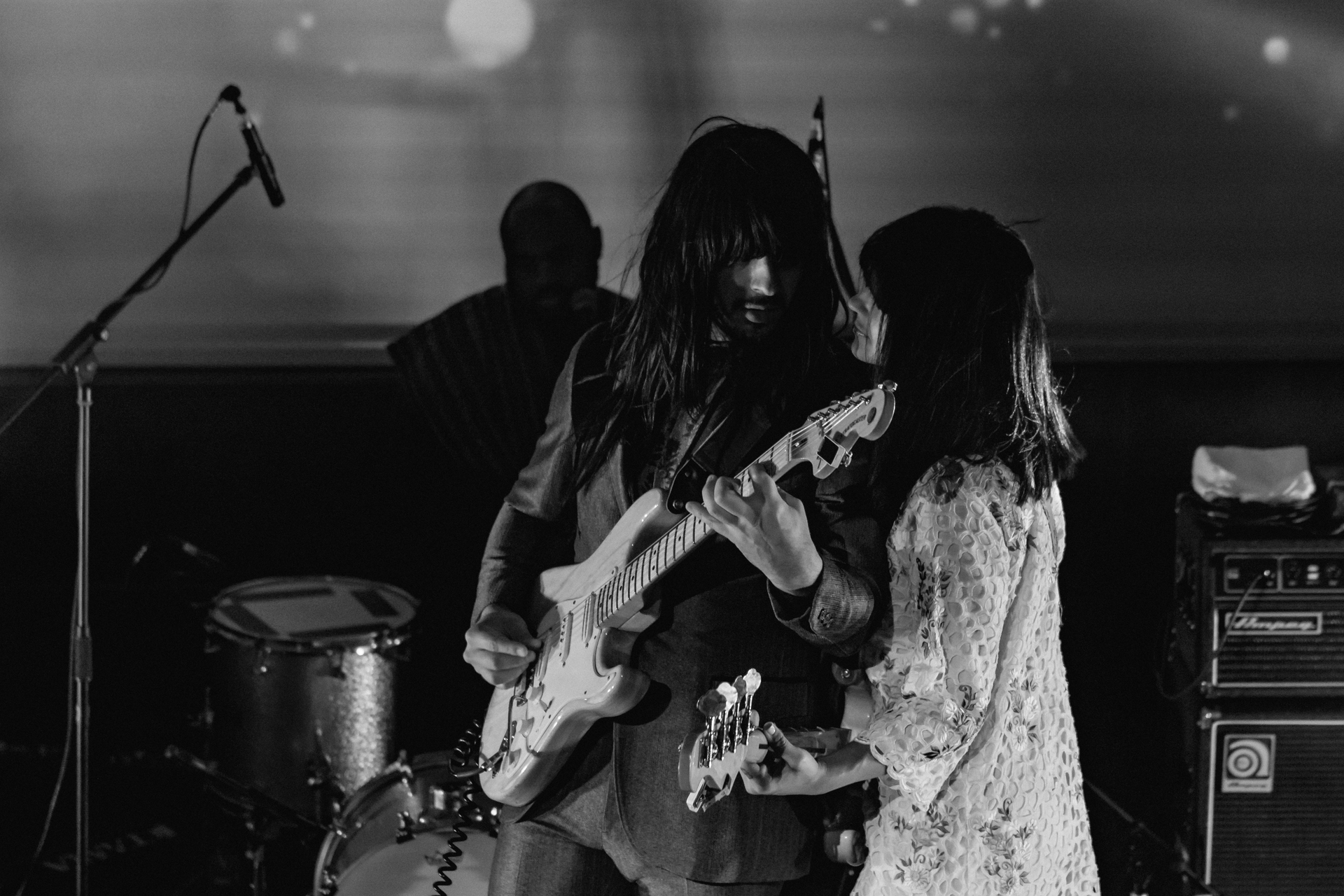 As it turns out, ‘Khruangbin’ means airplane in Thai, a name the band gave themselves because they were listening to a lot of 60’s and 70’s Thai funk when they first started. But that’s a whole decade ago, and their sound has since evolved to incorporate elements from a wide range of genres that resulted in the colourful repertoire we witnessed last week.

I arrived at The Projector just as the first show was ending. Clapping and loud cheers could be heard from the theatre and soon, loud chattering ensued as the audience streamed into the foyer, marvelling at how brilliant the show was. That got me hyped up for the second show I was about to watch, not that I wasn’t already excited before. 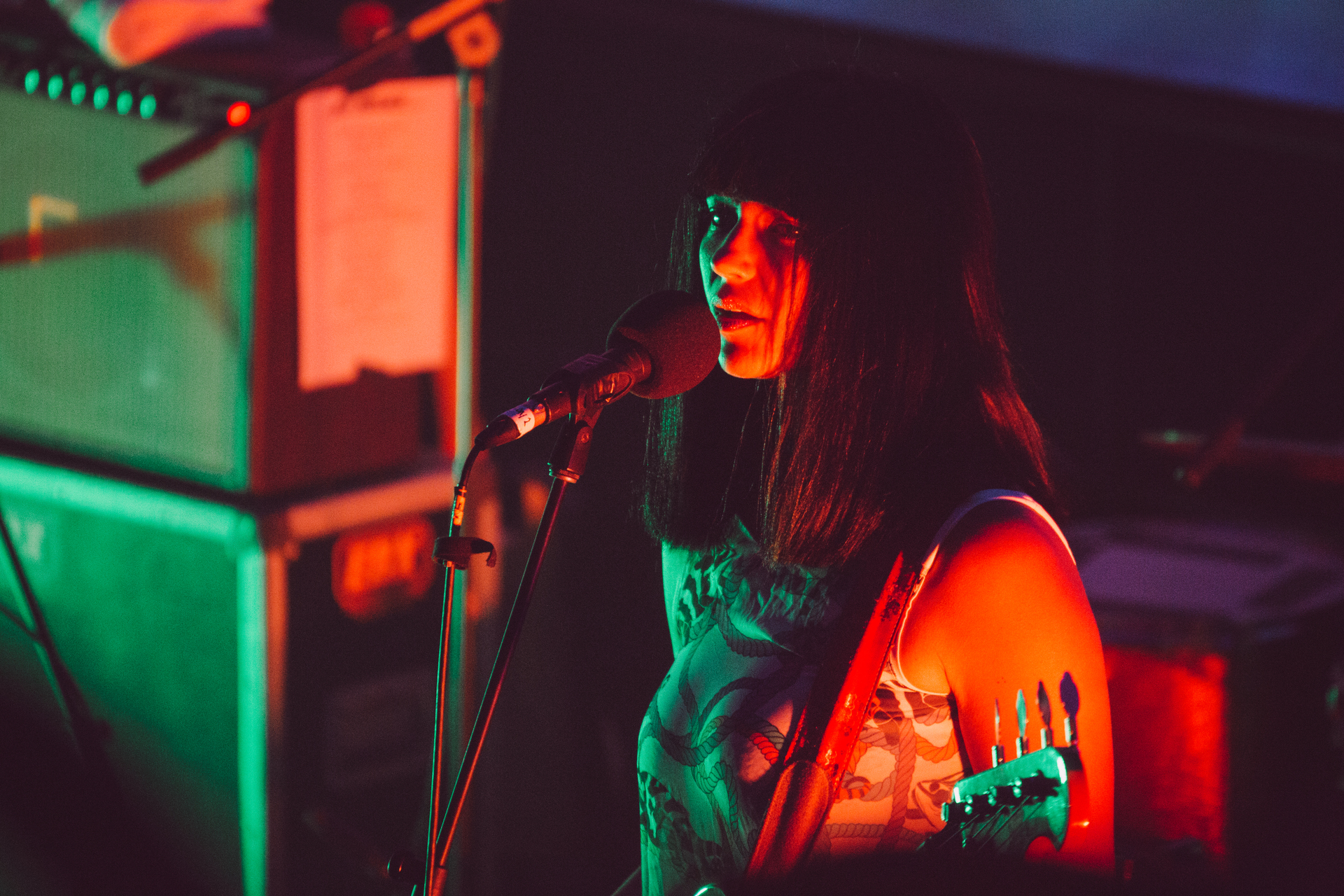 It’s not always that the trio plays back-to-back shows, but the overwhelming response from Singaporean fans called for the special arrangement. And while Singapore was the only stop on this tour where they played two shows, they showed no signs of fatigue during their second set, delivering an impressive performance that got the audience grooving in their seats. Some even moved to the aisles of the theatre where they could dance freely without obstructing anyone’s view.

Khruangbin got the show started with ‘Como Me Quieres’, a melancholic track off their recent album Con Todo El Mundo that translates to ‘How much do you love me?’, which Laura dedicates to her grandfather. It was a perfect opener to the show that set the mood with chilled, loungey beats as audience members made themselves comfy in beanbags and sipped beer from plastic cups. 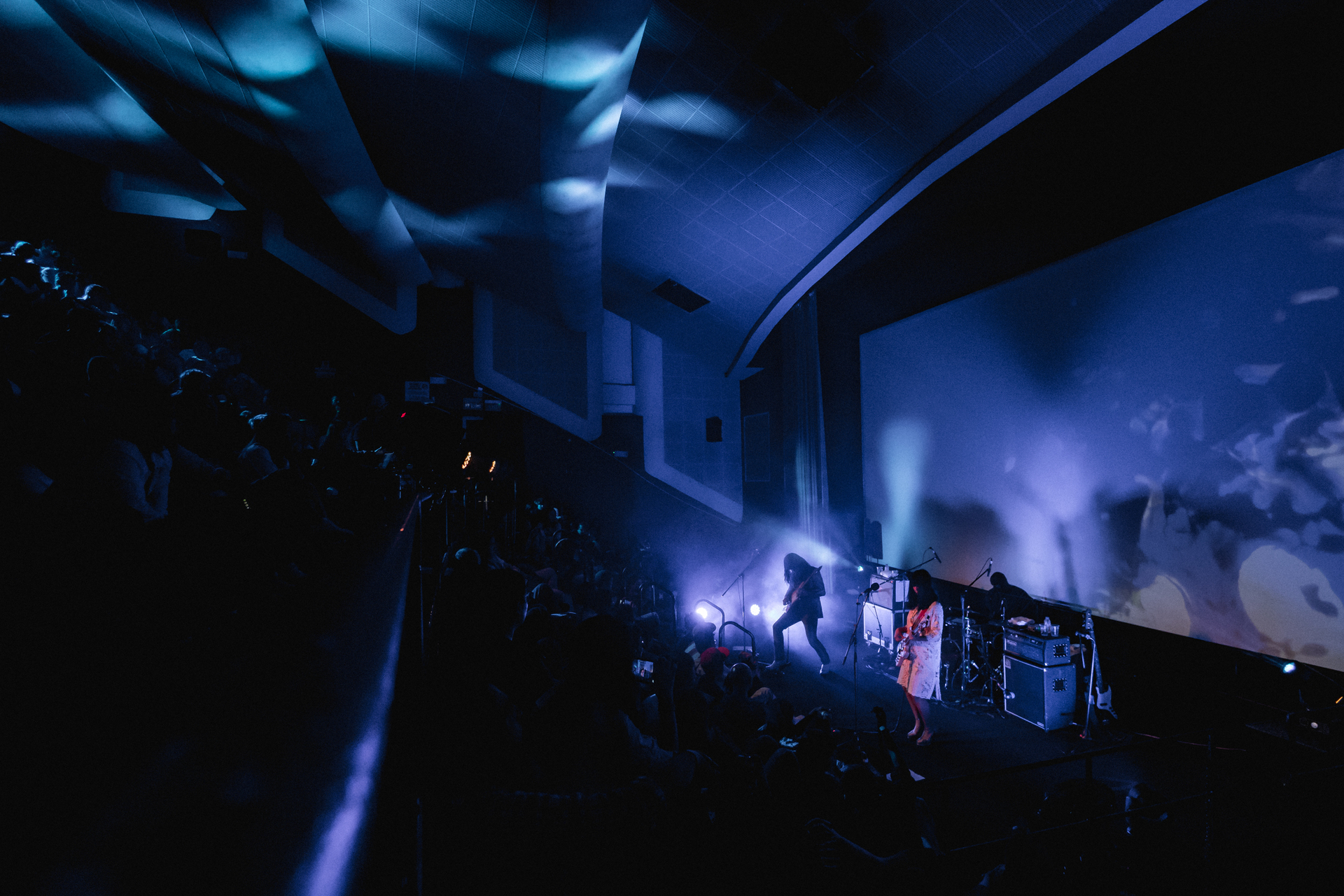 More danceable tunes like ‘Dern Kala', ‘August 10’ and ‘Friday Morning’ followed, a nice mix of tracks across albums that demonstrated the band’s diversity and brilliance as live performers. Mark's funky, reverb-drenched riffs combined with Laura's addictive bass grooves and Johnson's quirky beats made for an exquisite listen, complete with an intergalactic backdrop of smoky patterns and a spinning orb that changed colours throughout the show - the audience was transported to another planet, one I wish I never had to leave. 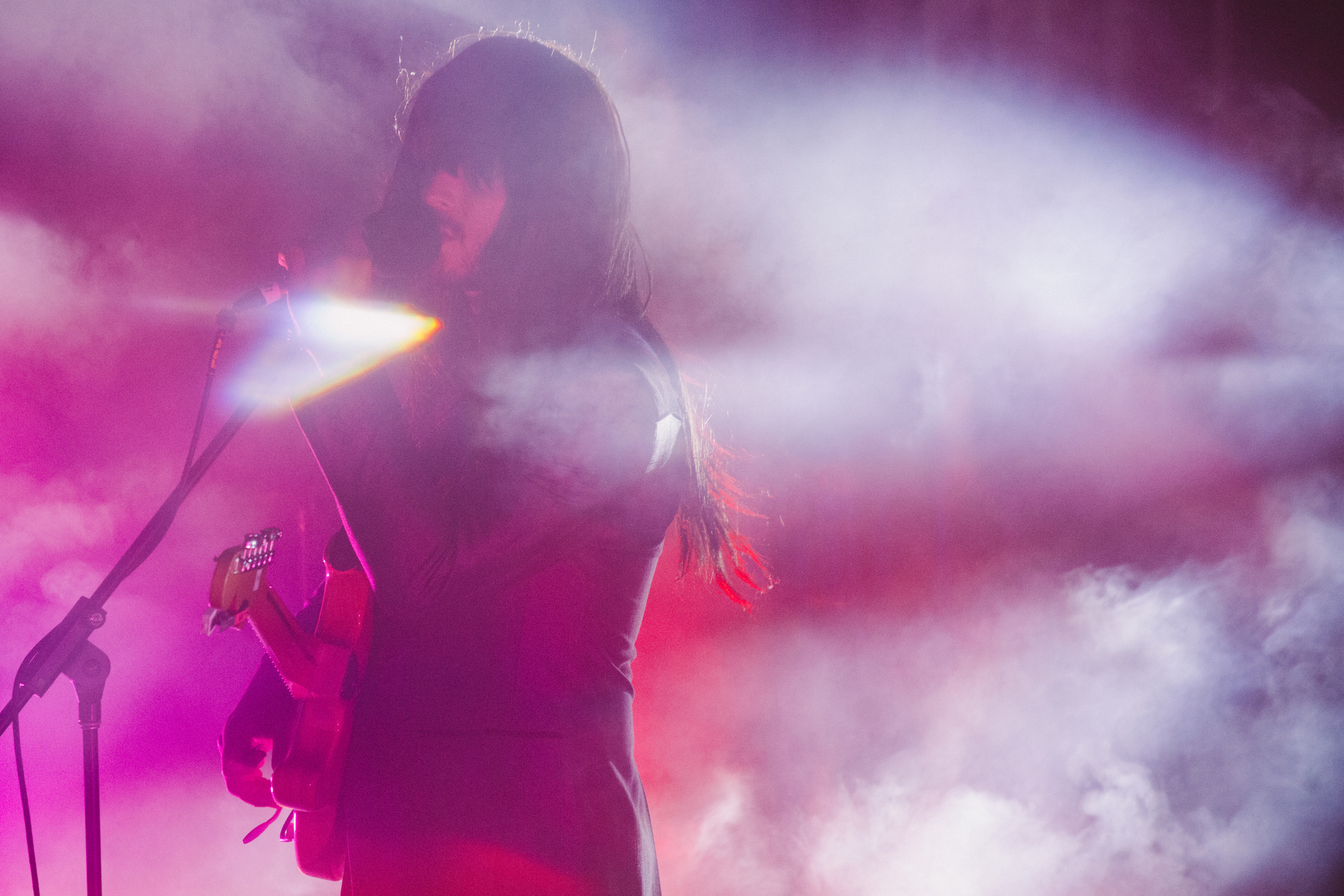 Halfway through the show, an audience member called out a friendly “How are you?”, to which Mark replied in a thick Texan accent, matter-of-factly but also in mild disbelief: “I’m good, we’re in Singapore”. He went on to prompt the audience to introduce themselves to the people seated around them, creating quite a lovely scene. You'd usually feel awkward carrying out such exchanges with strangers, but everyone seemed to be in a good mood that night, feeling warm and sociable thanks to Khruangbin's magic (although the beer probably played a part as well). Some even carried on with conversations after their introductions.

As the chattering died down, the soulful instrumentals resumed. A wave of enthusiasm rippled through the air when the band's popular songs ‘Maria También’ and ‘White Gloves’ came on. At one point, the band took a short break to give a toast to the crowd. 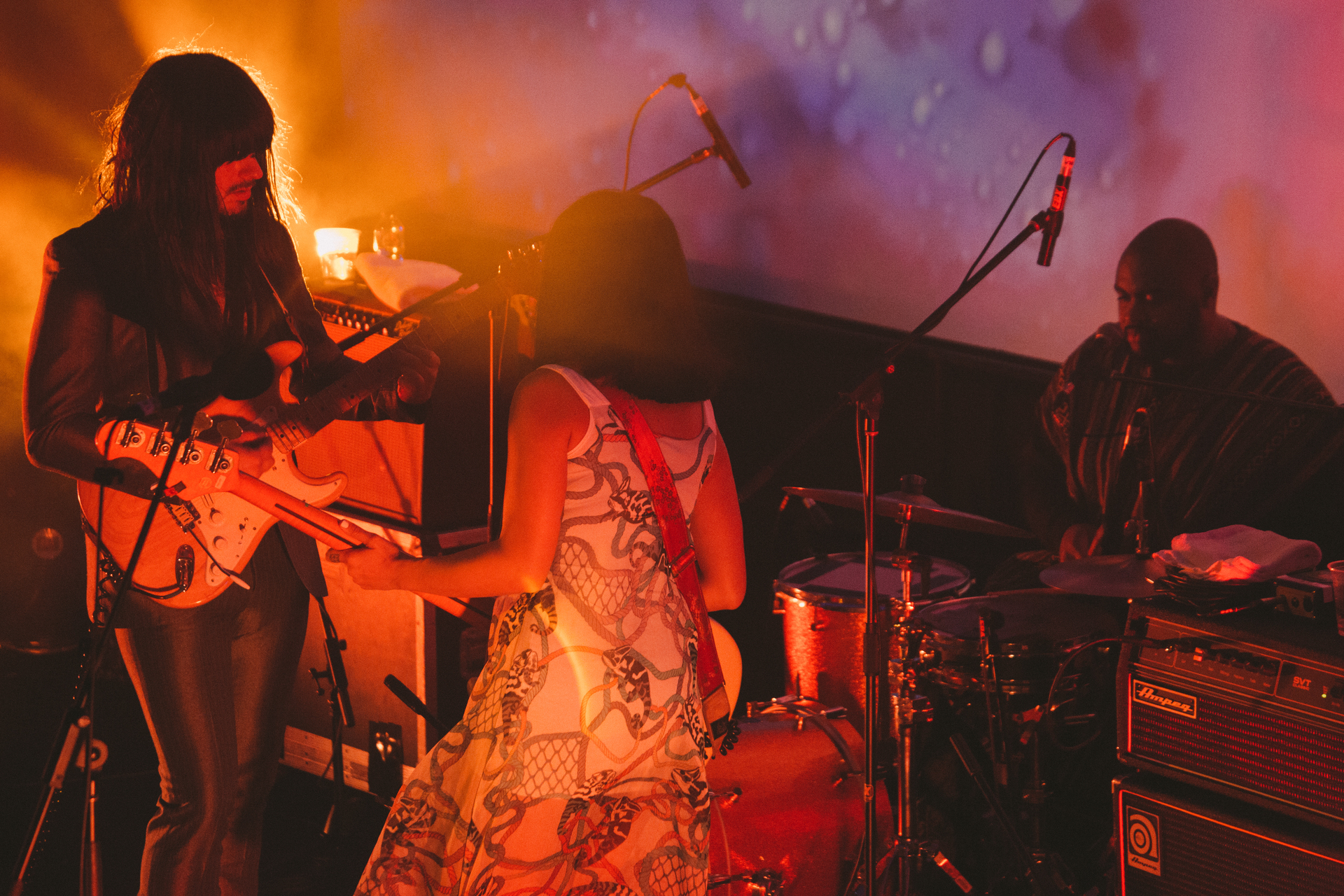 Towards the end of the show, Mark got everyone on their feet to dance with the band as they performed their final tunes. He quipped, “Turn to your new friend and ask hey friend, how do you pronounce ‘Khruangbin’?” before ending the night with ‘People Everywhere (Still Alive)’.