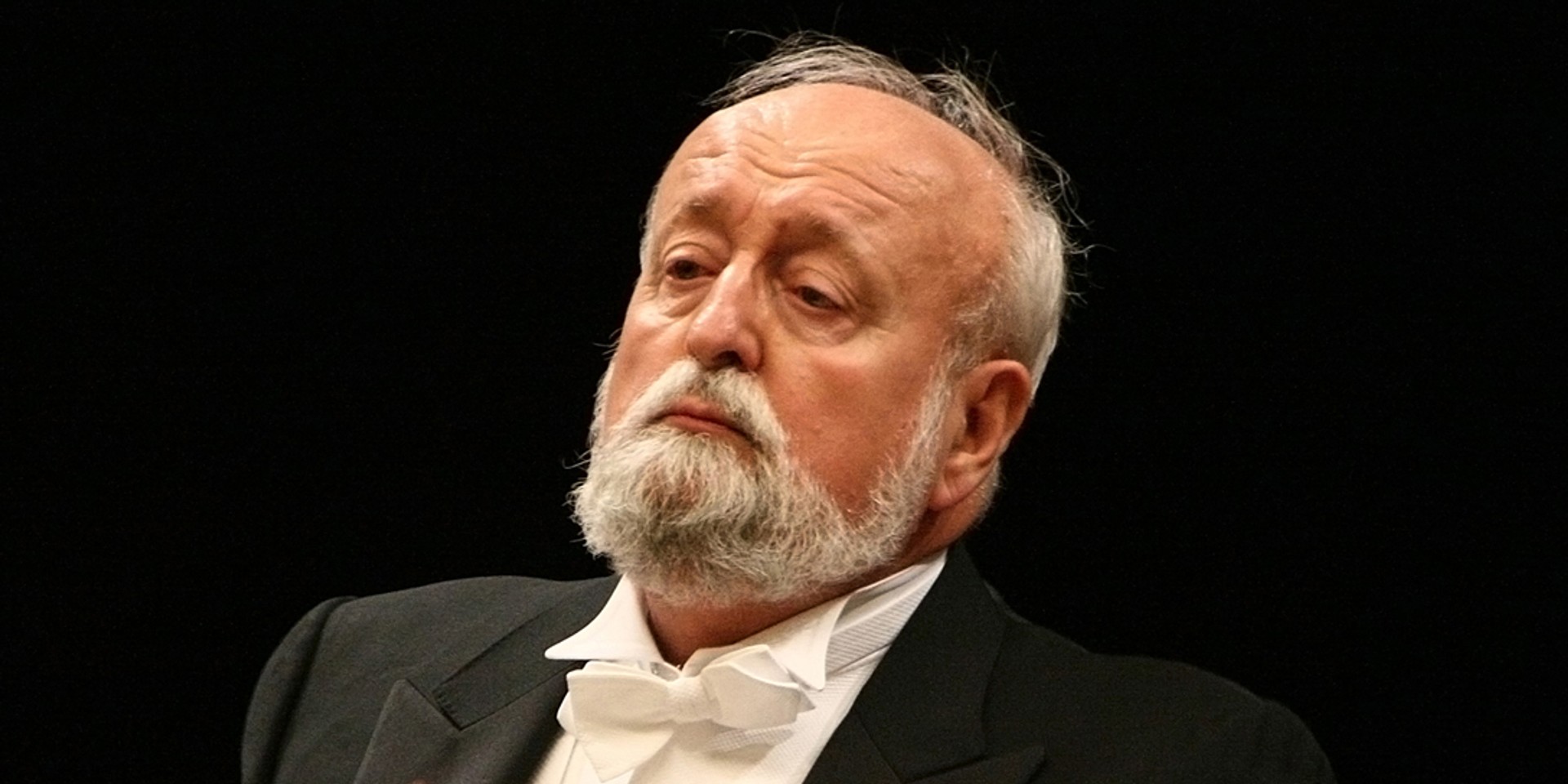 Polish composer and conductor Krzysztof Penderecki passed away on Sunday (03/29) at age 86.

The Ludwig van Beethoven Association confirmed his death, revealing that he had been battling "a long and serious illness" before his passing. He was meant to play with the Singapore Symphony Orchestra (SSO) and Radovan Vlatković at Esplanade on 8 May.

Born in 1933, Penderecki grew up in the middle of the Second World War, but his life thereafter would be entirely devoted to music. He studied the violin and music theory while in school, and eventually enrolled in the Academy of Music in Krakow. He was catapulted into international public consciousness with prominent compositions to his name when he was just in his mid-twenties. Some of his works includes Strophen, Psalms of David, Emanations, and perhaps one of his most enduring pieces of all,Threnody for the Victims of Hiroshima.

In the 1950s and 1960s,  Penderecki started out with experimental avant-garde forms, incorporating unconventional instruments from typewriters to a Mexican güiro. He sought to stretch the expressive possibilities of the orchestra with De Natura Sonoris I, which demands equally unconventional techniques in order to produce original sounds. "All I'm interested in is liberating sound beyond all tradition," he writes in the concert programme for the Donaueschingen Contemporary Music Festival in 1962.

In the mid-1970s, having felt that his experimentation with the avant-garde had deviated from the original intention of exploring non-formal ventures of Western music, Penderecki changed course and returned to tradition, striding into the familiar territory of conventional symphonies. The composer then went on to win a number of Grammy Awards—one in 1988 for his 2nd Concerto for Cello, then two more in 1999 for his 2nd Violin Concerto, Metamorphosen.

In an interview with Bruce Duffie in 2000, when asked if he was satisfied with the current stage of his career, he replied: "No, I think the whole life of the artist is always in progress, and I am never satisfied.  Always I think in the beginning that I can maybe do better and different, especially different, but better too, of course." He revealed that he had been writing every day for the past 60 years.

He would continue writing music every day for the next two decades—to date, Penderecki has composed four operas, eight symphonies and other orchestral pieces including a variety of instrumental concertos, choral settings of mainly religious texts, and chamber and instrumental works. His compositions have also been adapted in the soundtracks of popular films, most notably The Exorcist, The Shining, Twin Peaks, Children of Men, Shutter Island, and more.

Once dubbed "Poland's greatest living composer" by The Guardian in 2012, Penderecki will undoubtedly remain a fixture in the classical realm, but he is also remembered fondly by many who knew him personally, particularly Radiohead guitarist Jonny Greenwood, a long-time fan. The two had collaborated on an album together in 2012 after meeting in Poland, but traces of Penderecki's influence can long be found in Greenwood's works, especially his score in There Will Be Blood. Greenwood pays tribute to him in a Twitter post, calling him "the greatest - a fiercely creative composer, and a gentle, warm-hearted man".

He once professed his fascination with botany to Resident Advisor, sharing that he had started writing chamber music in the park near his house, surrounded by trees, in the 1970s. "I'm fascinated by them because they are always different. Each time of the year, they are different (...) Also I have two labyrinths, so I can get lost," he said.

"I like to be lost, to struggle along, like in my music. Every day sitting in front of an empty piece of paper, I am lost. I think 'I can no longer write music' or 'I have done so many pieces, what can I do more?' But I keep working. I am working every day."