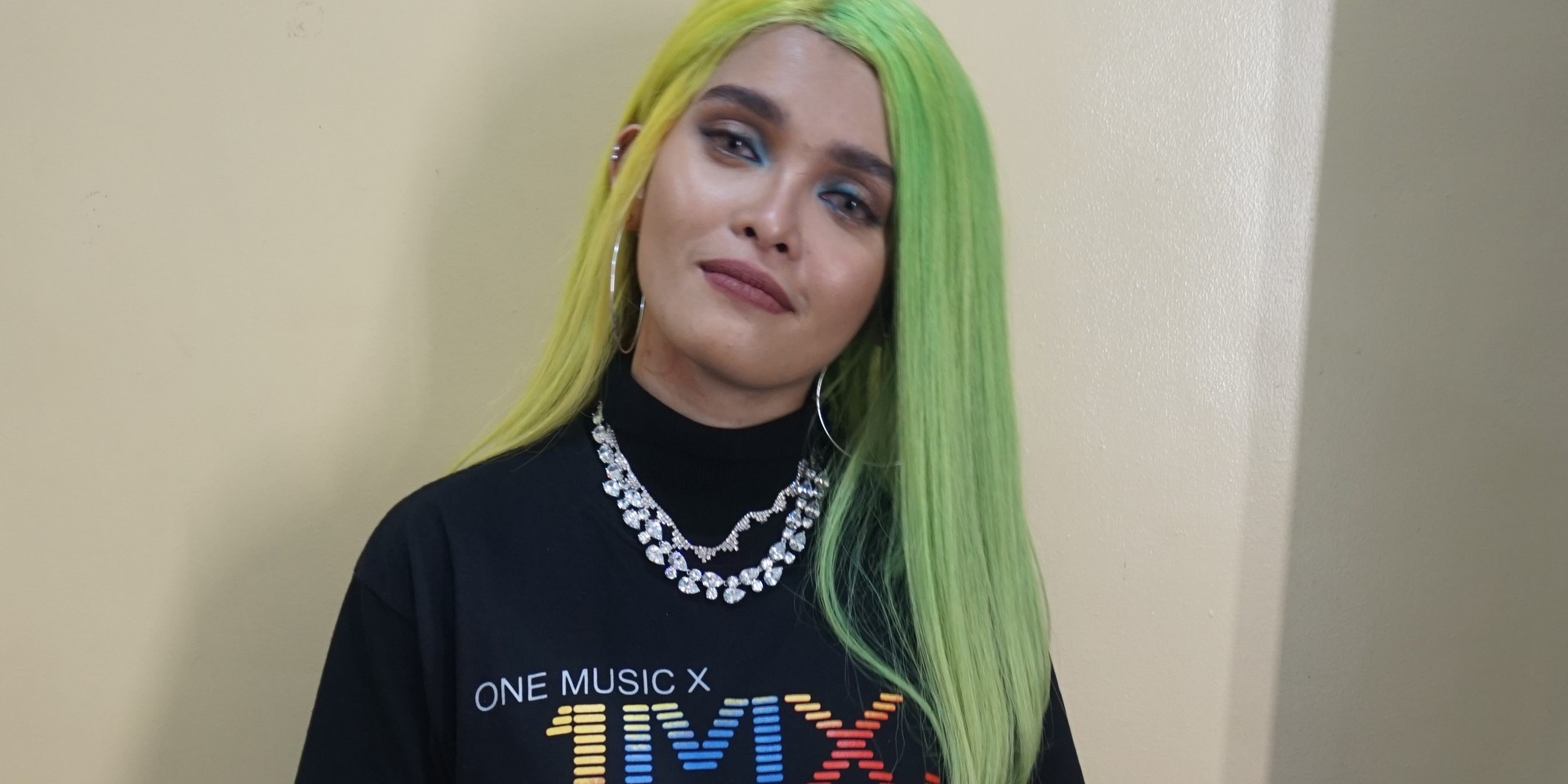 Have you ever wondered what to eat after losing your breath watching KZ Tandingan live in concert? Well, you'll never have to wonder anymore, because the Philippines' Soul Supreme herself has some recommendations to offer.

Still with her head in the clouds over sharing the stage with Boyz II Men last year, the 'Raise Your Flag' singer is preparing for her upcoming performance at the inaugural 1MX Singapore this May. In singing live to her fellow kababayans abroad, she tells Bandwagon that she's "amazed every time" by the love her fans shower her with. She left a mark during her stint at China's competition Singer 2018, and has since felt appreciation from fans across the globe.

"More than a year ago na yung Singer na stint ko, pero every single time na nag-tatravel kami out of the country — kahit na nung nag-Europe kami — sobrang nakakataba ng puso na biglang may kakalabit sa'yo, tapos yung hindi Pilipino. (It’s been more than a year since my ‘Singer’ stint, but every single time we travel out of the country — even when we went to Europe — there were still people who aren’t Filipinos who approached me to talk about it. It’s really heartwarming.)"

For this edition of Recommends... Bandwagon caught up with the Philippines' Soul Supreme to dish out her favorite things you have to experience, just before her upcoming appearance at 1MX Singapore 2019 this May.

Best thing to eat after watching a KZ Tandingan show

Best thing to drink during a KZ Tandingan show

Mahirap yun ah! Uh… coffee? Ako yun kasi, pag nanonood ako ng concert, most of the time ang bitbit ko coffee. Siguro water nalang or soda. (That’s difficult! Uh…coffee? I’m the type of person who watches a concert with coffee on me most of the time. Maybe water or soda instead.)

A music act to check out

I’ve been playing this game siguro for more than ten years na - Tetris Battle. Sobrang bago diba? Kaya lang ako nagbubukas ng laptop dahil dun. Yung sa computer kasi may kalaban ka eh. Dati nung college ako, pag nasa internet cafe ako. Alam mo kung saan computer ako nakatambay kasi ang ingay (makes keyboard clacking sounds) (I’ve been playing this game maybe for ten years now — Tetris Battle. Super new, isn’t it? I only turn my laptop on because of that. When you play it on a computer, you play it against an opponent. When I was in college, at an Internet cafe, you’d know where to find me because I’d be at the noisiest computer [station].)

The best movie soundtrack ever

The best Avenger (no spoilers please!)

ABS-CBN through Star Music, MOR Philippines, Myx Philippines, One Music PH, and TFC presents the first edition of 1MX Singapore 2019, which will take place at SCAPE Playspace in Orchard Link on May 26 (Sunday).

Tickets are available from SGD 58 (Patron) and SGD 128 (VIP with exclusive loot bag). Purchase “Barkada” bundles for VIP, Patron, or General Admission to buy-5-get-1-free and save up to SGD 130. Get tickets here.