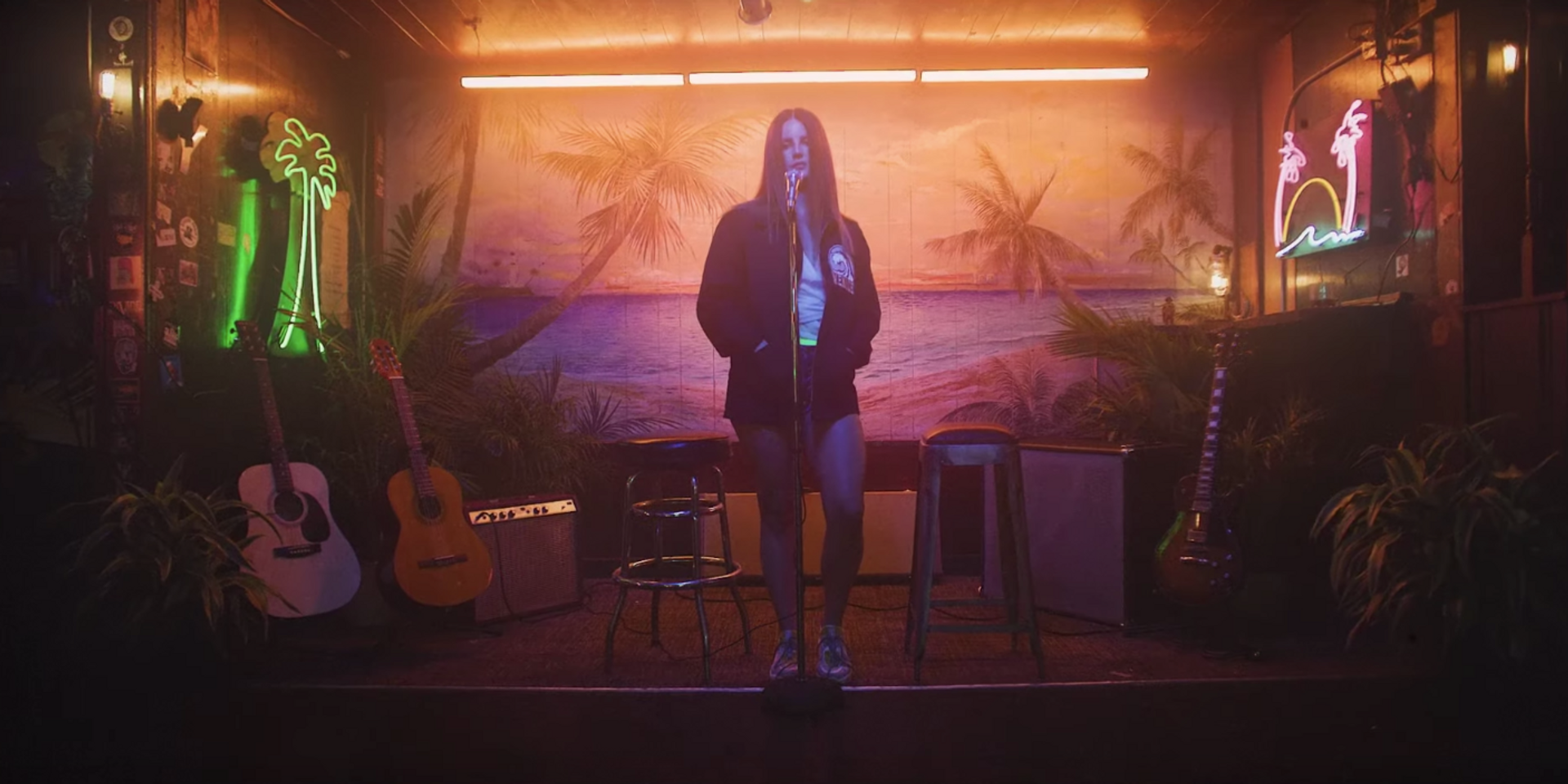 Lana Del Rey has released a music video for 'Fuck It I Love You' and 'The Greatest'. The songs will be featured on her forthcoming album, Norman Fucking Rockwell, which is set to be making its debut on Friday, 30 August.

Directed by Rich Lee, who has also helmed visuals for artists such as Eminem, Black Eyed Peas and Evanescence, the music video opens with a selection made on a jukebox before cutting to Lana singing in what appears to be a dive bar adorned in neon lights. 'Fuck It I Love You & The Greatest' brings viewers on a cinematic journey across the beaches of SoCal, with scenes of Lana surfing, playing pool at the bar and wandering around the city interpolated through the video.

Check out Lana Del Rey's music video for 'Fuck It I Love You & The Greatest' below.