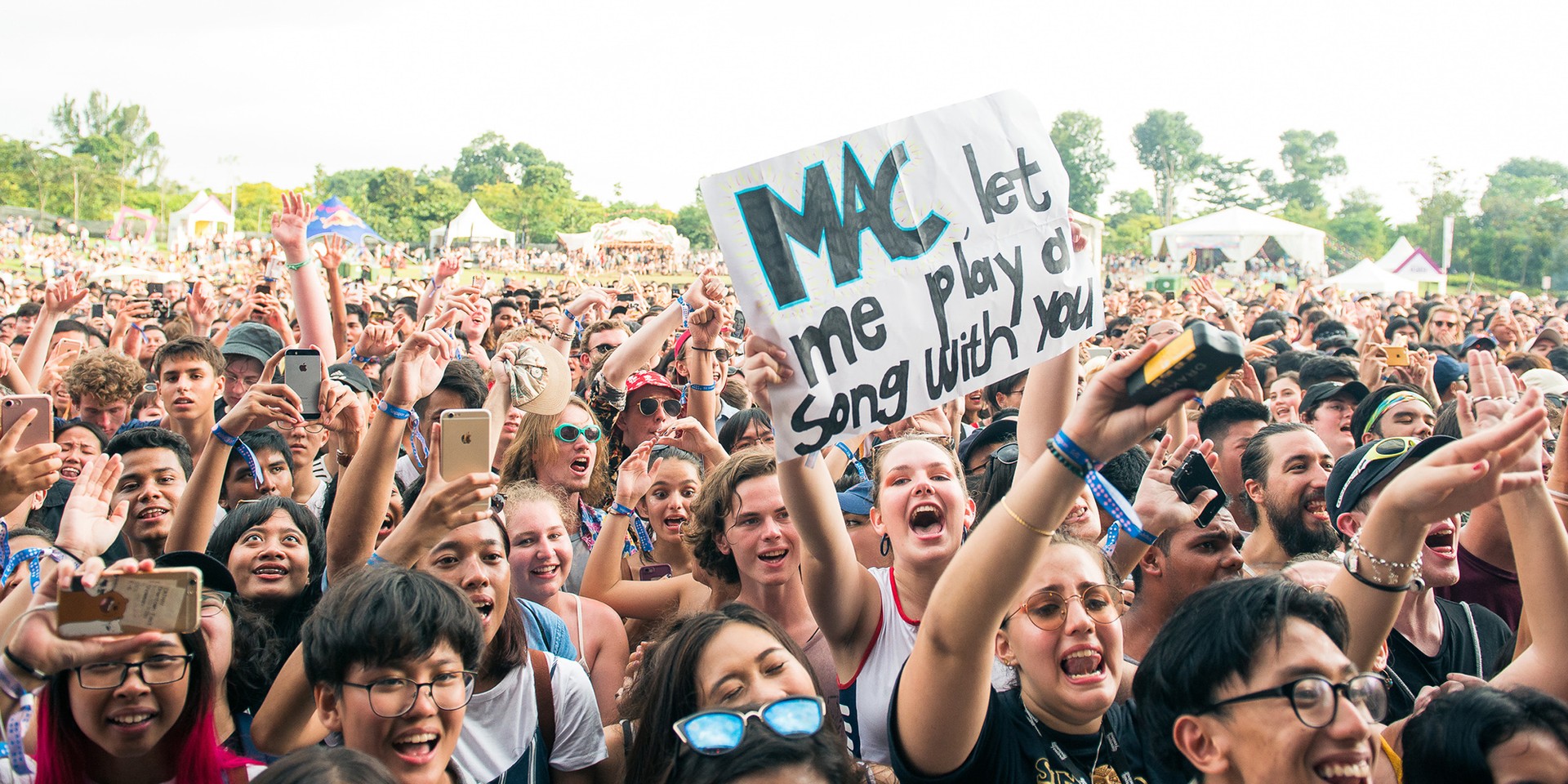 Another year, another Laneway — and not Rainway, as many had predicted.

On many fronts, Laneway stepped up this year — the line-up was objectively more star-studded, the Cloud Stage received a welcome facelift, and lengthy food stall queues were upended by convenient onsite deliveries. Seems like a flawless equation for another Laneway Festival, doesn't it? Well, almost.

Here's where Laneway succeeded and failed in 2018, which featured the likes of Anderson .Paak and the Free Nationals, The War On Drugs, Slowdive, Bonobo, Father John Misty, MAS1A, Wolf Alice, The Ransom Collective, Mac Demarco and more.

Give it up for Laneway, folks. The run that began with Slowdive on the Bay Stage, followed by Anderson .Paak, Father John Misty, Bonobo and then concluding with The War On Drugs — that's sincerely the kind of programming dreams are made of.

Never mind that Bonobo's set was marred by inconsistent sound (we'll get to that later, *cracks knuckles*) and that Anderson was abruptly struck by audio setbacks as he attempted to launch into 'Come Down' — each act brought their A-game to the stage. 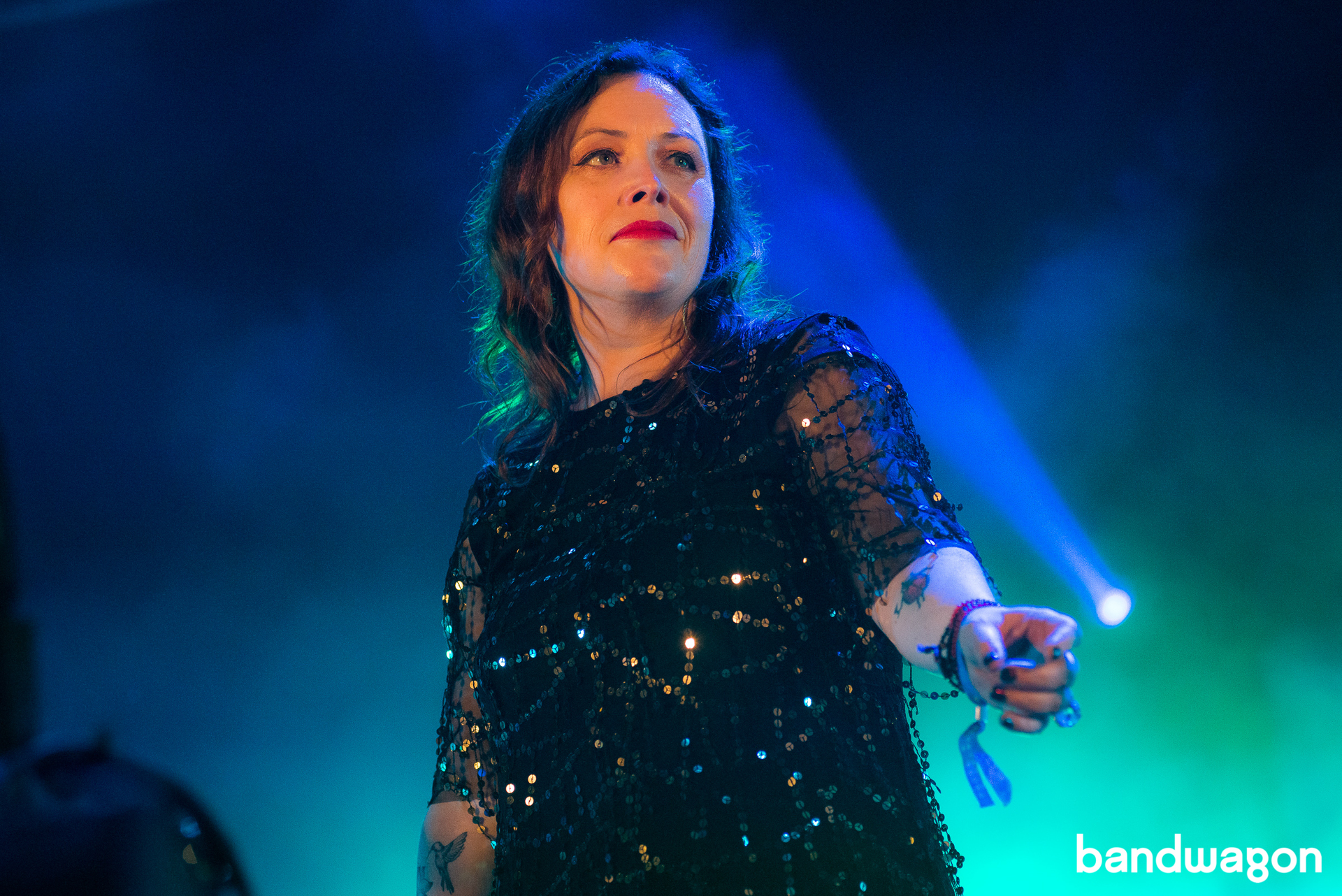 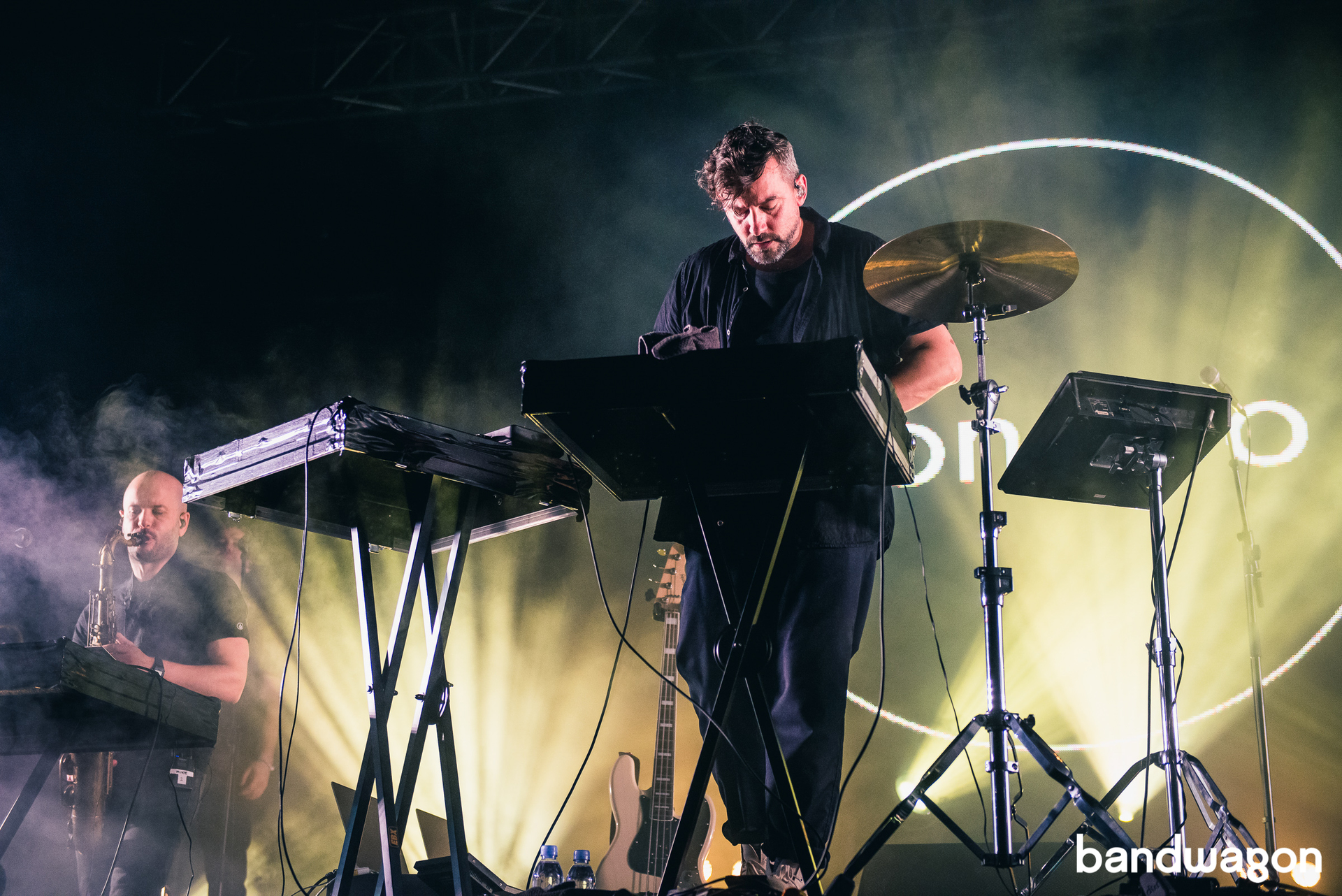 Slowdive made long-time fans happy with a slew of classics, but not without pulling out two cuts off their fantastic new self-titled album. Bonobo delivered the live experience that's made him a festival favourite worldwide, bringing along a fully fleshed-out band which included a horn section and a mesmerizing guest vocalist in Szjerdene. 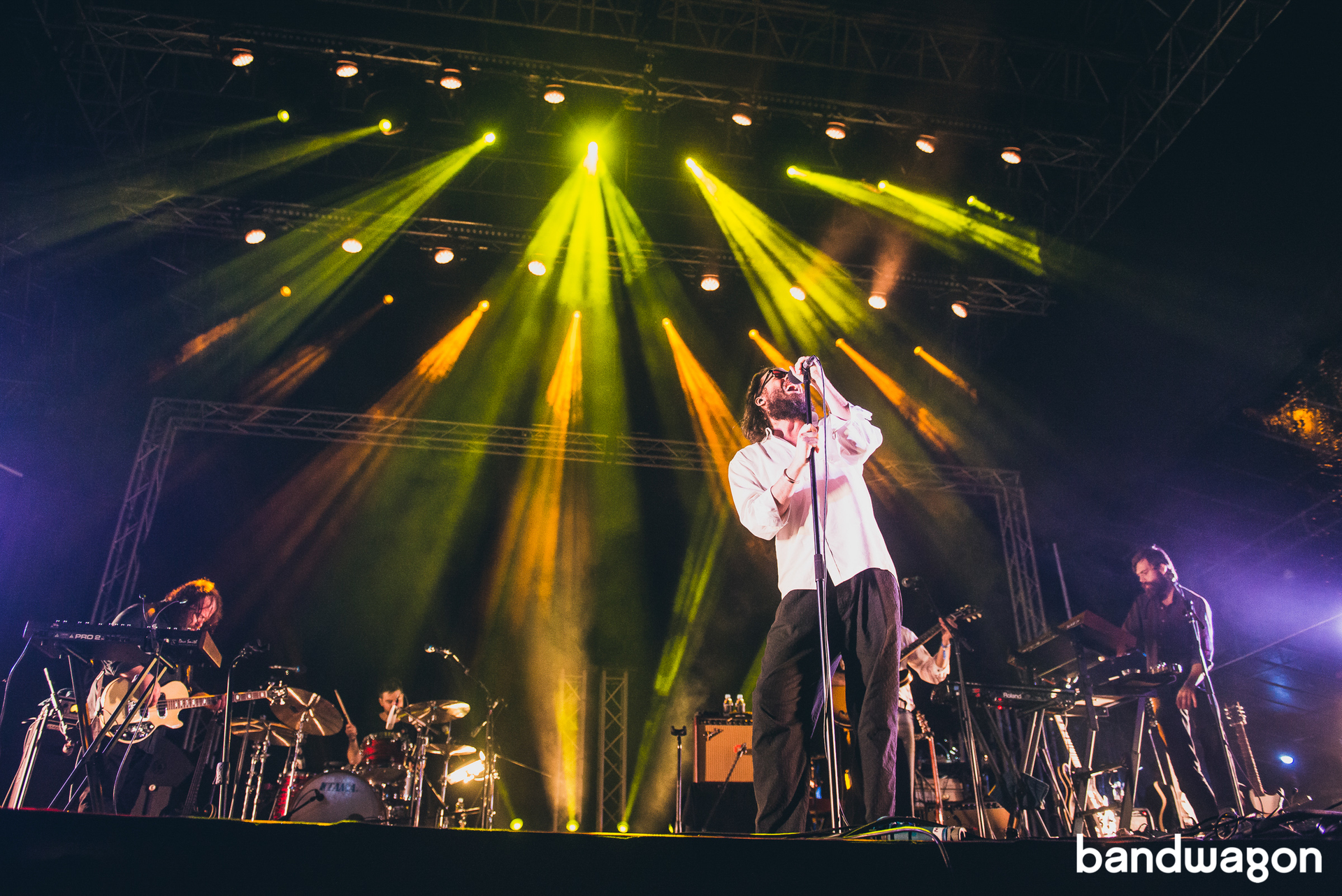 Father John Misty, with all his apocalyptical musings and opulent balladry, proved to be a subtle charmer through song, rarely engaging with the crowd with his otherwise infamous stage banter (save for a Caucasian male at the front, whom he dubbed "American Facebook guy").

Maybe it was the limited time bestowed upon his set, but J. Tillman saved most of his time to unveil songs as far back as 'Hollywood Forever Cemetery Sings', arguably his first hit single. 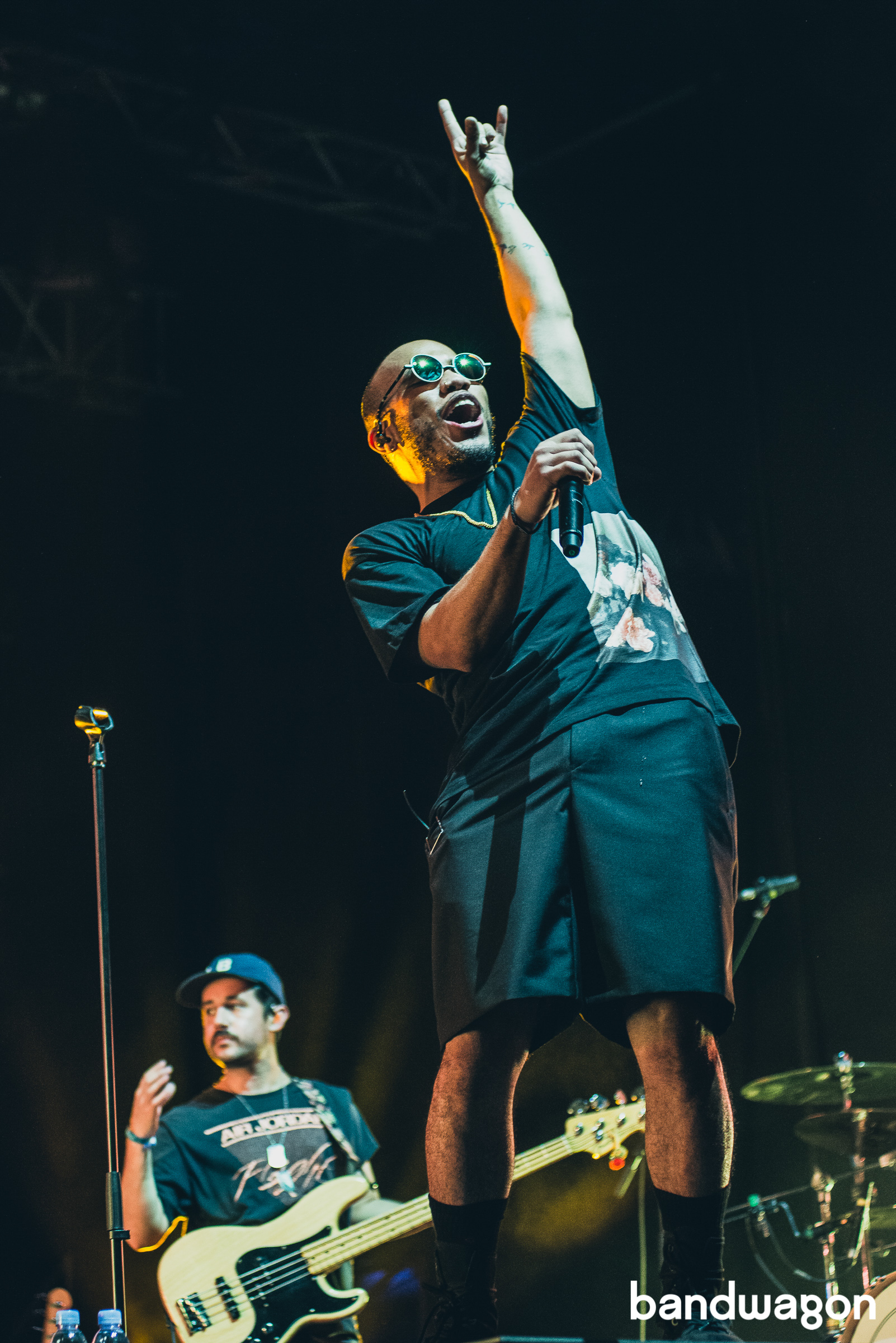 Anderson .Paak and The War On Drugs both entranced and amazed in their own special ways. Ever the showman, Anderson rapped, sang, danced, joked and hammed out a couple of drum solos, delivering everything with the kind of galvanized, inhuman self-assurance. Surely, you would've encountered plenty of Facebook posts proclaiming His name by Sunday afternoon. Believe it, he's the real deal. Yes Lawd! 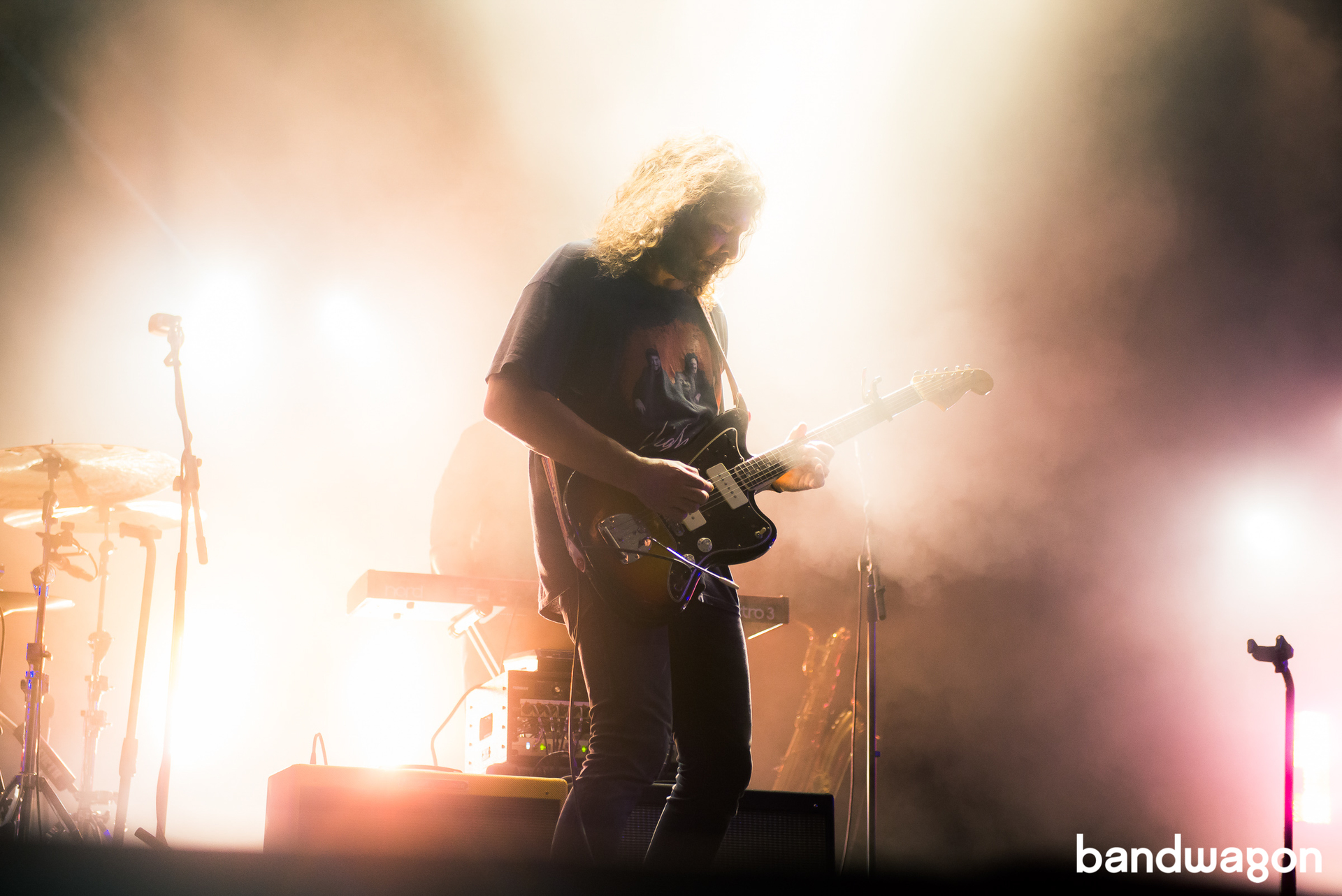 For every soaring chorus that permeated through most songs, The War On Drugs stretched out and bolstered crescendoes, imbuing a dancefloor magic that erupted with each conclusion. And, for the first time in Laneway history, every joyous guitar solo was greeted with cheers. As they proved it on the Grammys this week, they effortlessly embody everything we love about rock music.

Despite the heavy-hitters at night, and the return of familiar names, this Laneway provided plenty of space for the young, breakout acts. 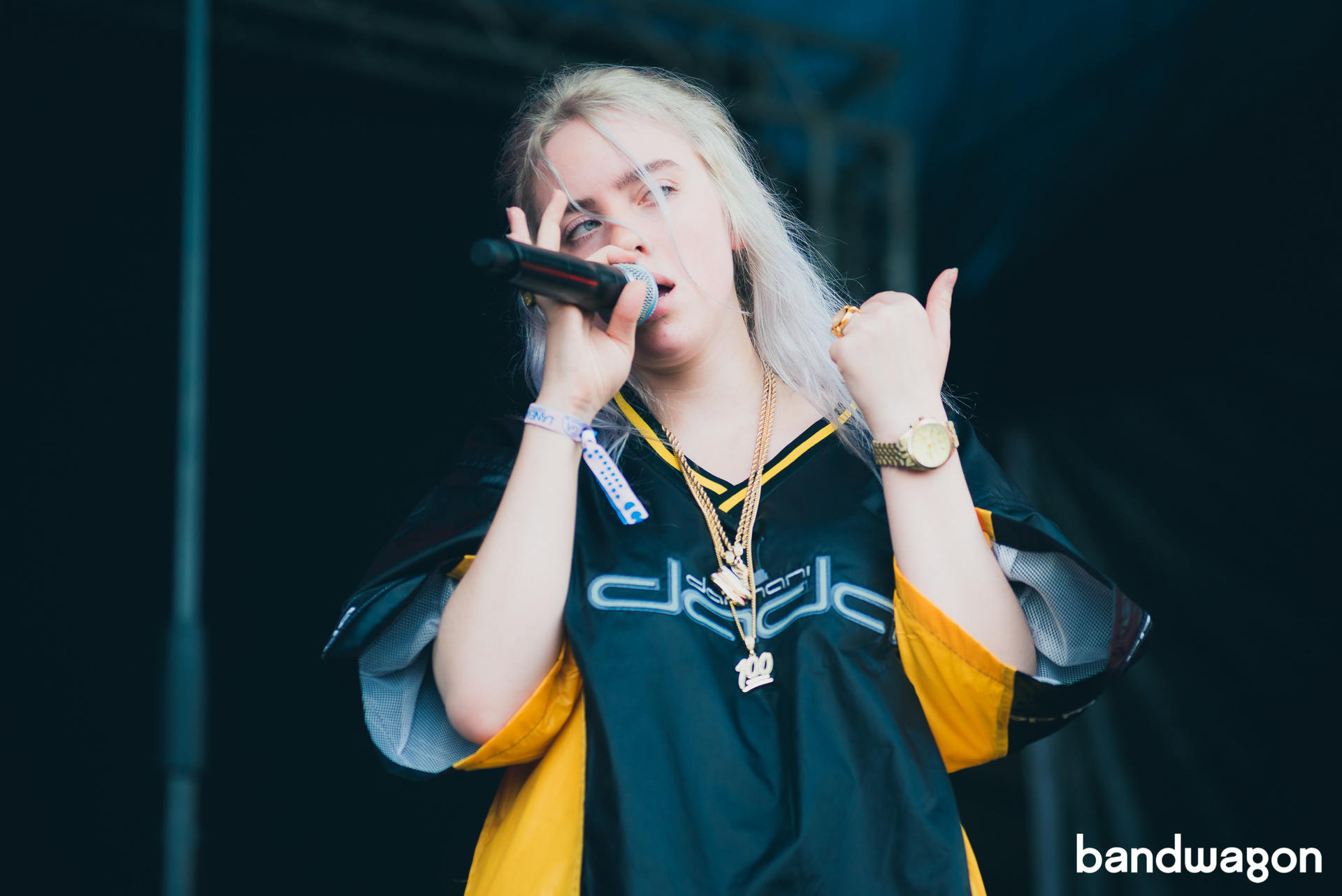 Billie Eilish, the 16-year-old phenomenon making waves around the globe, was in full form for her debut in Singapore. Oozing swag and confidence on the Bay Stage, the young artist proved that she was born to perform to large crowds, not once showing hesitation or uncertainty.

Though her most popular singles — 'Ocean Eyes' and 'bellyache' — are bass-heavy electronic singles, her vocal talent truly shines in the more acoustic songs from her debut dont smile at me. Soft and airy on the record, her voice takes its full-bodied form live, being a focal point of every song. 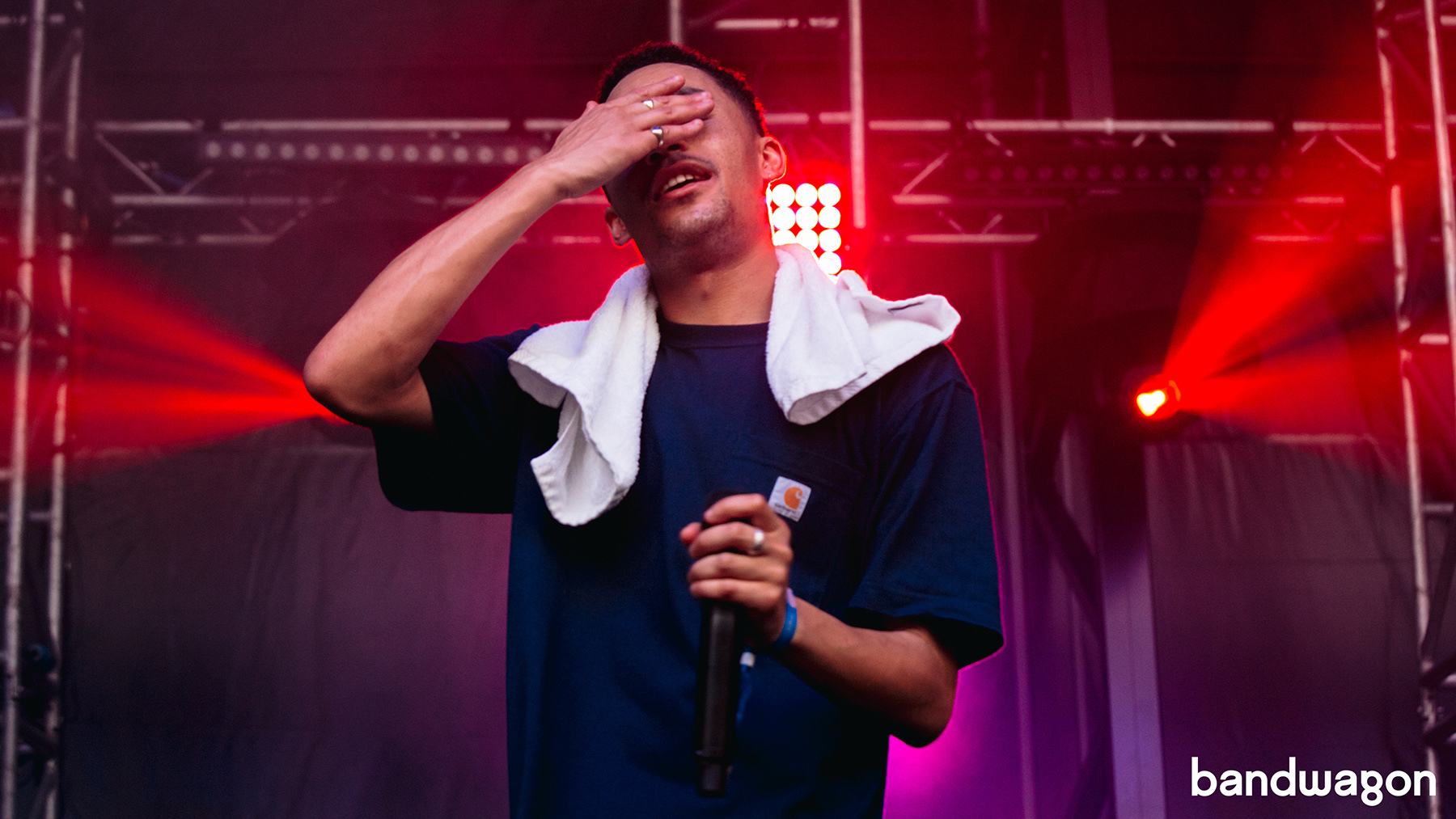 Undoubtedly one of the acts we were also most excited to see, Loyle Carner’s 2017 debut Yesterday’s Gone was a breath of fresh air in the hip-hop world. Hailing from South London but about as far from grime as you can get, his honest lyrics and ability to combine jazz and classic boom-bap beats was rapturous for the young ones — and a relief for the old heads.

Deftly transitioning from anthems like 'The Isle of Arran' to slower songs like 'The Seamstress' without a dip in energy, he had the crowd in the palm of his hand — his raw emotion palpable in every word of his spitfire lyrics (despite being banned from swearing), especially during his performance of 'Ain’t Nothing Changed'.

It’s a shame that his set coincided with Mac DeMarco’s return to Singapore, but we’re hoping that the crowd’s response to Loyle Carner’s performance will act as further evidence that local music fans are truly hungry for more hip-hop.

The quick feat of Uber Eats

Say what you will — the convenience laid out by Uber Eats' partnership with the festival allowed us to avoid most queues, retrieving food orders from nearby collection points or, in the case of some people, personal deliveries.

Perhaps we've gotten too lazy, but tell that to the lucky people who secured their spots (and their satiation) all day, thanks to this unique feature.

They're not veterans, but they're certainly familiar faces around these parts: Mac Demarco and The Internet, the Laneway alumni who made their glorious returns. 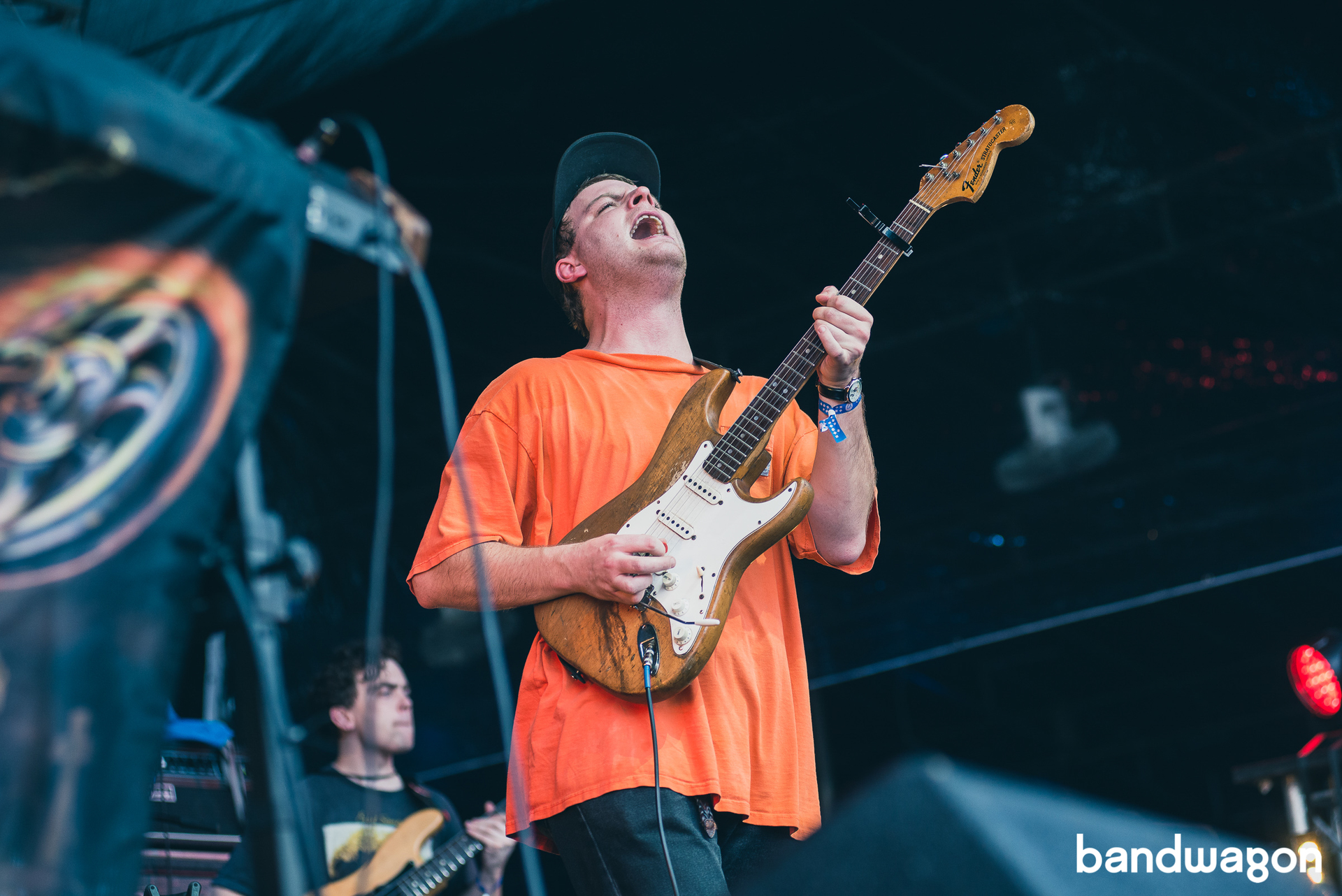 Mac Demarco, coming off of a momentous 2017 with the release of This Old Dog, resumed business with a riotous evening set, pulling off a tone-deaf Red Hot Chili Peppers cover, leaping off of guitar amps and dedicating a birthday song to a lucky fan.

In a Mac Demarco set, the setlist's only half of the fun, and despite the musician's burgeoning star power, he freely brought back the juvenile stunts that have since elevated Demarco into the annals of live music history. 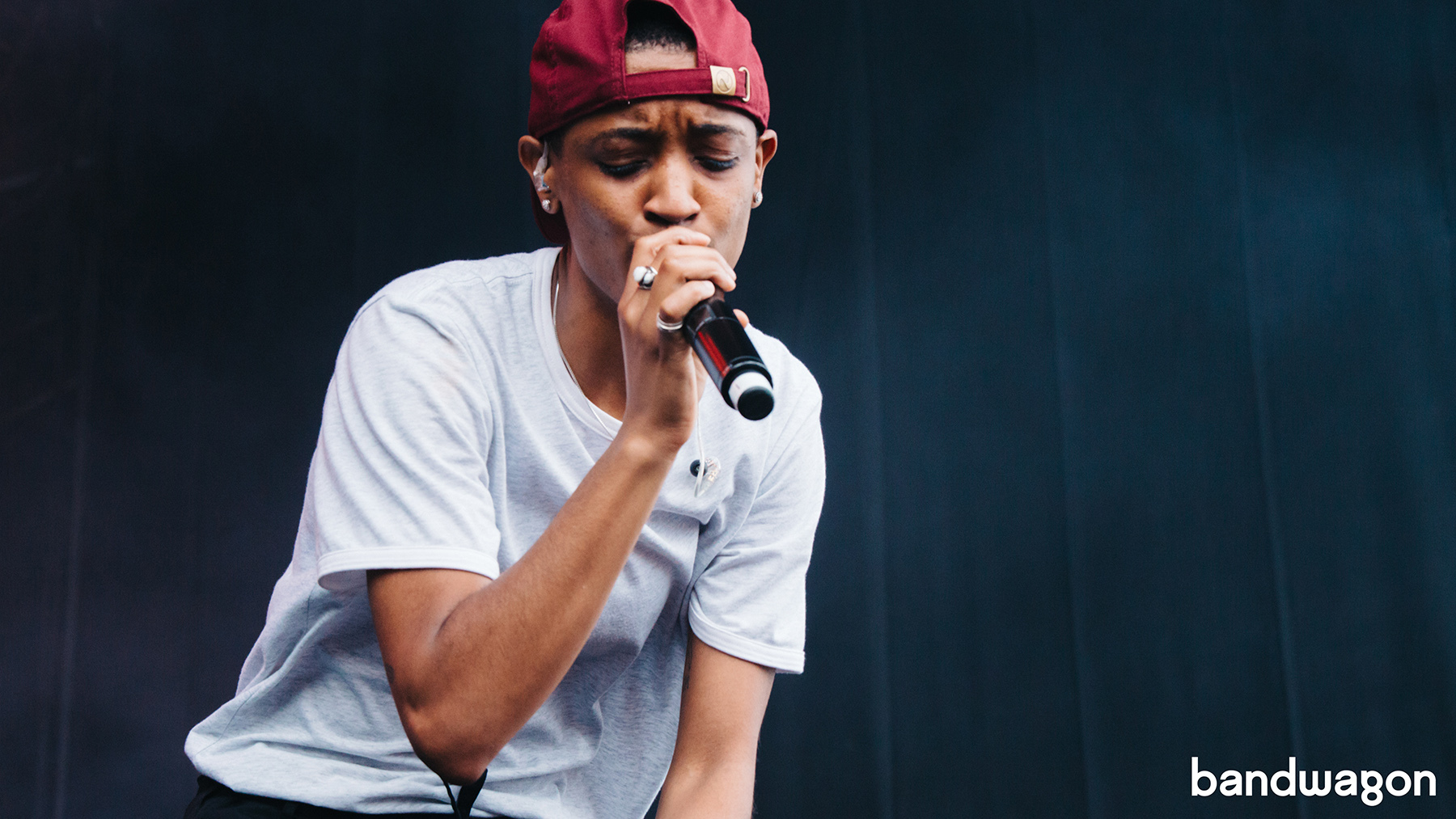 The Internet, after delivering an otherwise underwhelming debut set in 2016, were greeted by an ostensibly massive crowd — even with only an inkling of new material, the five-piece neo-soul outfit are clearly in demand here, and they delivered (“I think definitely we’ve learned a lot about ourselves as a group since — and to know what we have now, it’s clearer and a lot easier to work together," Steve Lacy told us before their set).

But with the growing status of the band, especially its prolific members Syd and Steve Lacy, this could be the last time local fans would see them in the daytime.

Laneway's Cloud Stage hasn't been the most consistent in the festival's history — horrendous sound that plagued sets by Mount Kimbie and Rustie in the past, along with the infamous 2015 debut of Chet Faker — but this year's substantially larger stage offered supersized sound and shelter. 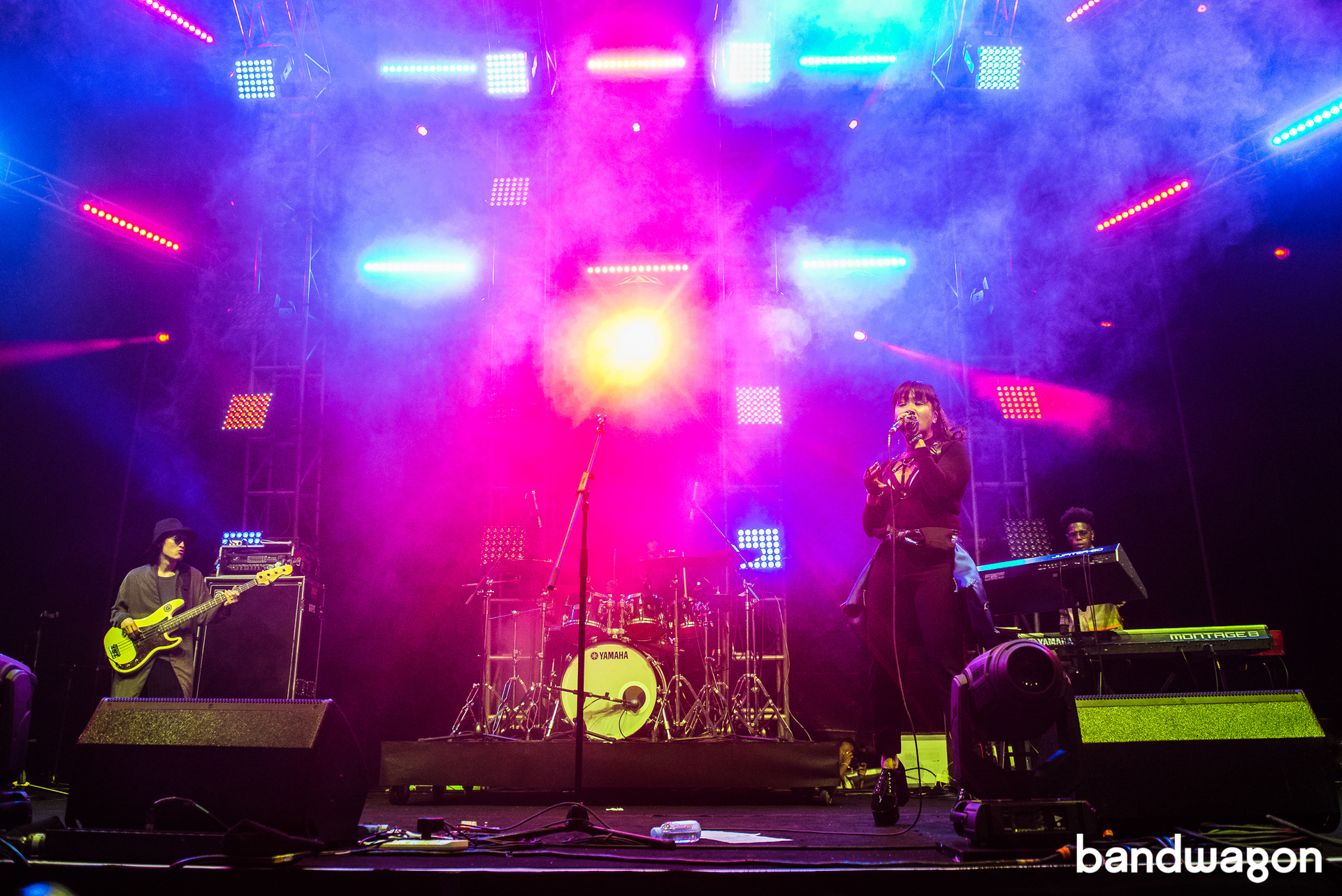 While not an entirely suitable consolation for the loss of the wonderfully ventilated White Room (RIP), we'll take it wholeheartedly. It doesn't hurt that it featured Singaporean heroes MAS1A and THELIONCITYBOY on prime slots too.

While the Cloud Stage impressed this year, the Garden Stage left a lot to be desired, sound-wise at least. Wolf Alice plowed through their set unscathed, but the same cannot be said for The Internet and Bonobo — inconsistent sound levels rendered microphones soft and sub-bass boomy and overpowering. Bonobo's guest vocalist Szjerdene was left underserved in many ways, but shoddy sound denied her the chance to deliver songs like 'Break Apart' and 'No Reason', where the vocals are crucial to the performance.

And, of course, there's Anderson, whose set was pushed back by 10 minutes as crucial audio problems were being worked upon by the festival crew (big ups). It wrecked what otherwise could've been a flawless opener to a legendary set.

On the Bay side of things, the sound was, for the most parts, great — save for Father John Misty's set, where his voice seemed to soar in exquisite clarity far above all the other instruments in the mix. In this case, it was probably intentional. 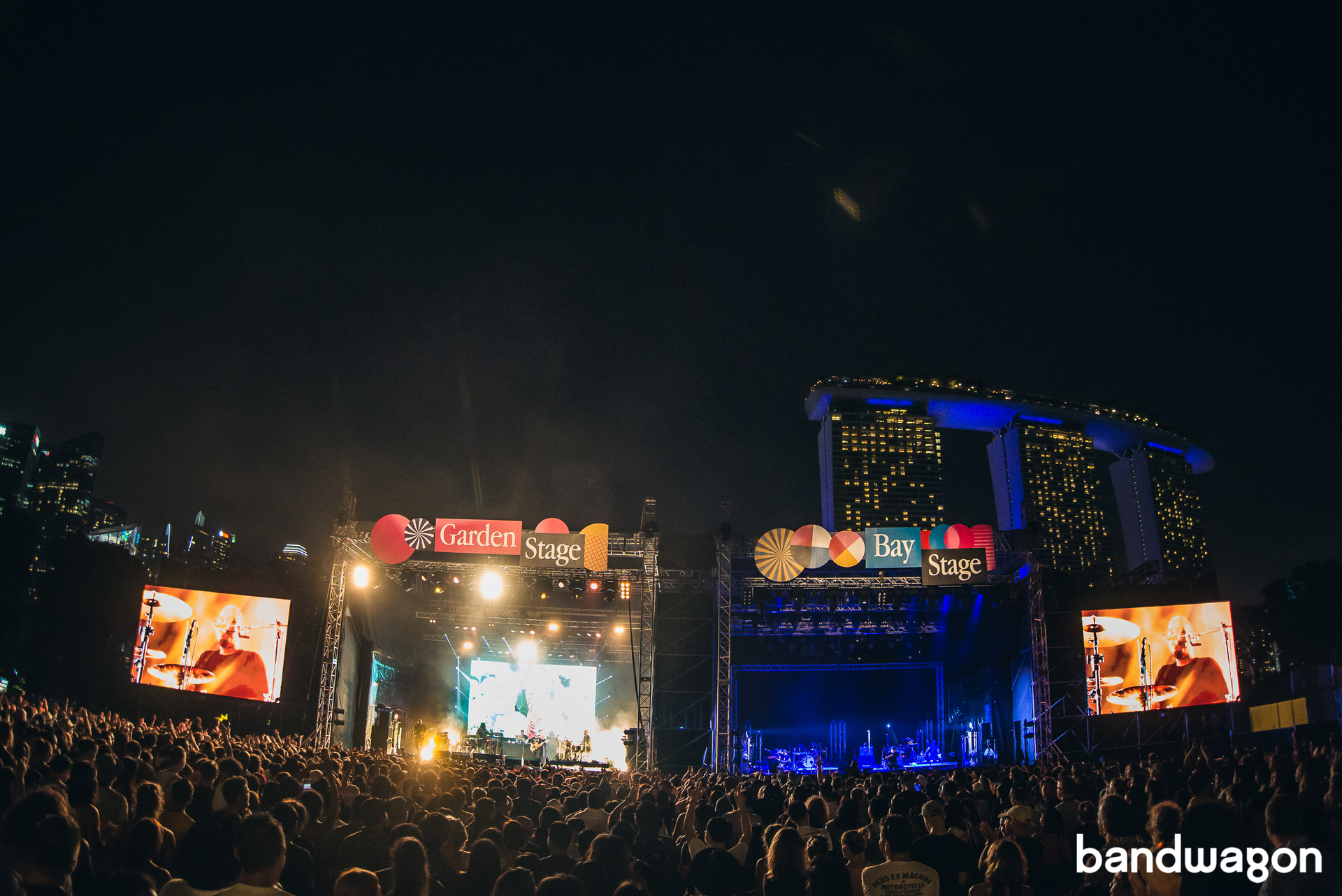 Each and every year, Laneway crowds get bigger – and smooth, precise camerawork becomes ever more important, so everyone can get as good a view of the performers and stage as possible.

This year, though, the camerawork was disappointing. Some of the poor shots on the jumbotron seemed down to a few cameras’ technical inability to handle the extremes of harsh sunlight and nighttime darkness, leaving shots alternately overexposed and excessively grainy. There were also times crowd shots vibrated visibly in time with bass drum kicks, possibly indicating inconvenient stage placements too close to drumkits.

But what was most frustrating was the almost amateurish way musicians were filmed — the camera often panned away from them at crucial points to less interesting parts of the stage, or band members who were simply not the focus at that moment. Why navigate away from The War on Drugs’ Adam Granduciel’s enthralling guitar solo, or Bonobo’s Szjerdene? We still had a good time, but we did leave Gardens by the Bay vowing not to take smooth camerawork for granted.

We'll just let our former designer Natasha Hassan lay it out for us.

She’s damn good, and she looks like Cara Delevingne!”

– Boy in crowd at Billie Eilish

They told me I couldn’t swear, that’s why I’m not talking.”

– Girl in crowd watching The Internet

I swear, if you throw up, I’m going to fucking break up with you.”

– Girl to boyfriend at UberEats area

I see his shoes! Loyle, come out!”

What do you say to people who tell you not to swear?”

This is the best crowd we’ve ever performed to — and I mean that.”

– Boy in crowd waiting for Bonobo.

– Girl in crowd waiting for Bonobo.