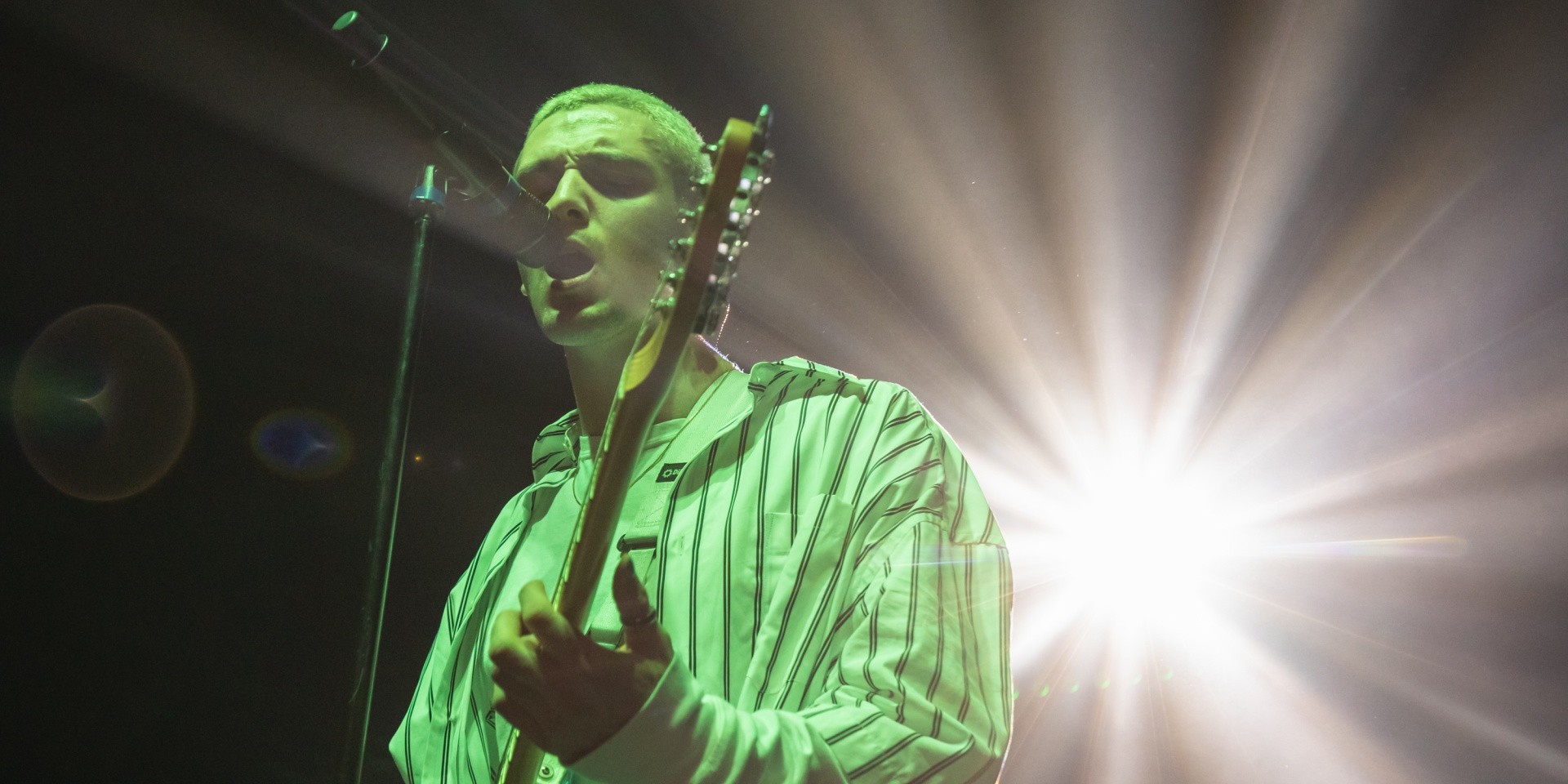 Talking about heartbreak and failed relationships can often be a sombre and gloomy affair. It’s kind of like when you’re at a party and you’re all riled up, music drilling into your ears, subconsciously moving your body to the rhythm, only to fall into the pool and embarrass yourself. It becomes a black spot in that otherwise happy memory.

But Lauv – since his inception into the music scene with ‘The Other’ – is one of those who openly talk about heartbreak and that one who got away. However, he tells his stories in an animated way: In his electro-pop guise, peppered with influences of jazz, R&B and hip-hop. He brought his brand of animated story telling to The Capitol last Wednesday, 15 May.

Lauv is not stranger to Singapore, having opened for Ed Sheeran last year on two nights. But this time is was different. This was his first headlining show. He acknowledged it saying at one point in the show: “I played two sold-out shows here but I was the supporting act. Now, I have the full two hours with you.” He was also so grateful; he couldn’t believe he packed out two nights and he couldn’t stop thanking the crowd for its support. 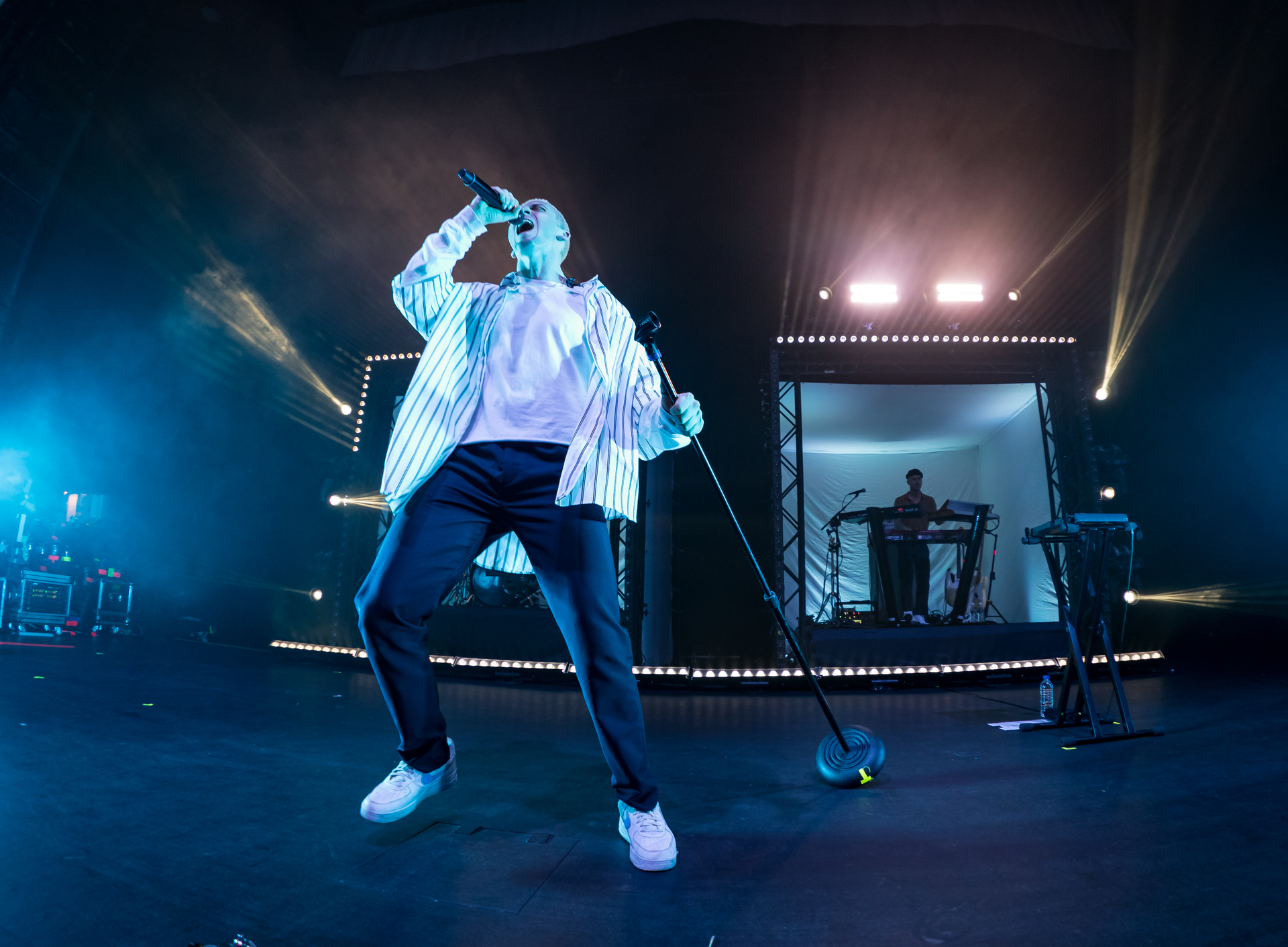 I caught him on the first night and, as with everyone else skittering and murmuring in the theatre, saw him perform for the first time in Singapore in 2019. I had only one expectation from the show: A flashy, crazy dance party with insane visuals and twirling lights. After all, isn’t that what a lot of pop artists are doing these days?

Before Lauv took the stage, German pop singer bülow hyped up the audience with songs from her three EPs, Damaged Vol.1, Damaged Vol.2, and Crystalline. Despite being new on the circuit, she commanded the stage with a confident presence and the crowd lapped it all up.

As bülow walked off the stage and the stage crew setting up, I noticed there wasn’t much shifting. With regards to my earlier statement, the setup was dismal in comparison. There was no backdrop; no smoke machines; only two spotlights on either side and two white boxes where Lauv’s session musicians would reside. 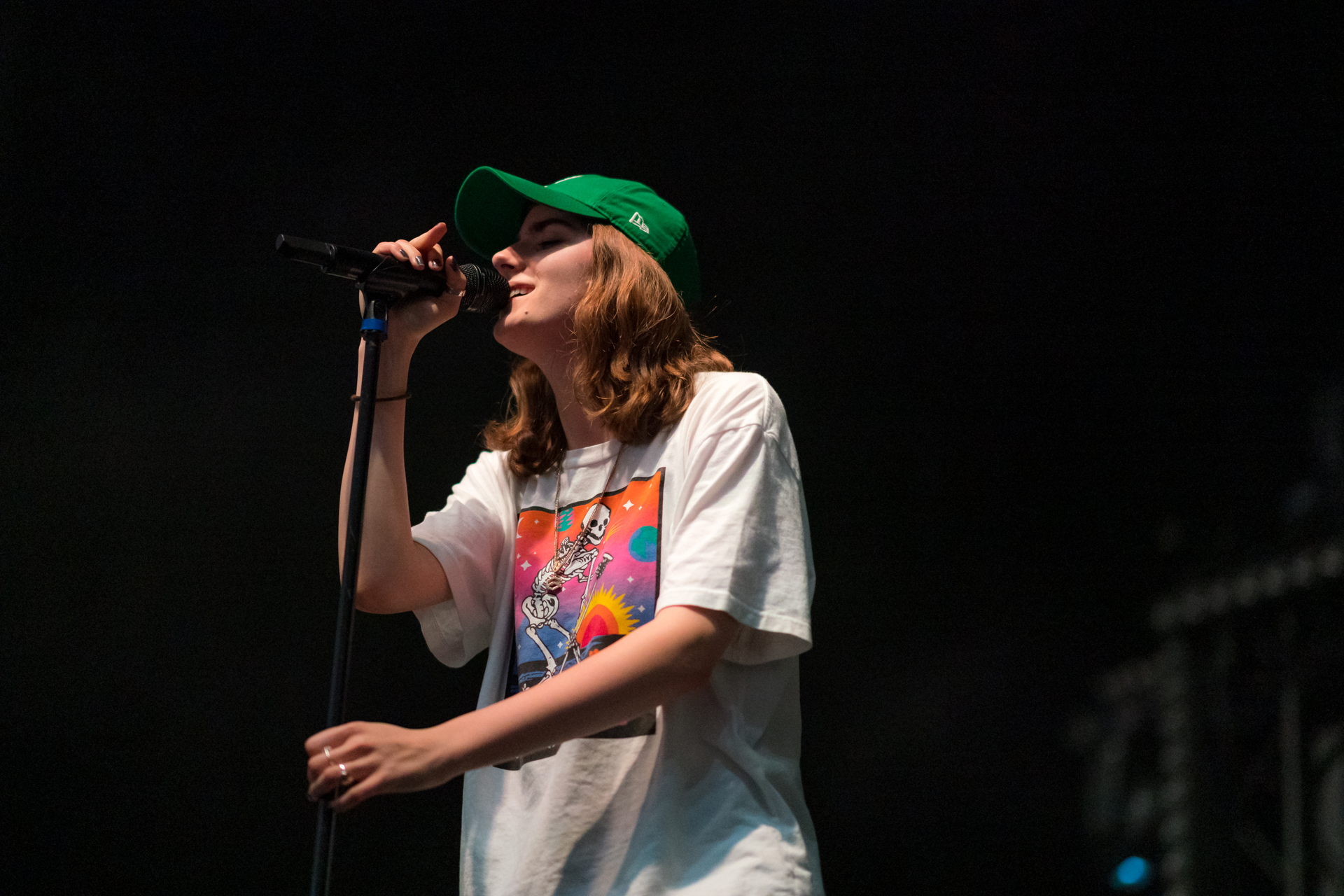 The first notes of ‘Drugs & The Internet’ starts playing and Lauv swaggered in; his oversized dress shirt billowing behind him. Everyone went into a frenzy. He sauntered left and right, as if to make sure that he acknowledged every single person in that venue. As he finishes the first song, he grabbed the mic stand and lets it fall – liken to the “mic drop” – and that’s when I knew he didn’t need over-the-top graphics to accompany his show. He had his music and his fans; a combination some performers tend to overlook.

Aside from the flashing lights coming from the side of the two huge boxes, the only other colours were coming from the spotlights on the side with the change of every song: Green during ‘Paranoid’, red during ‘Reforget’, orange during ‘Chasing Fire’, and so forth. It took away all the usual distractions.

He rolled on with tracks such as ‘Come Back Home’, ‘Chasing Fire’ and the DJ Snake collaboration ‘A Different Way’, all the while jumping, spinning and grooving. He was enjoying himself so much. He took in the energy of the audience and gave it back tenfold. When the audience amped up its enthusiasm, that’s what he did, too. Even when he changed the momentum to acoustic with the fan-inspired track ‘Superhero’, the overtly buoyant vibe was present. 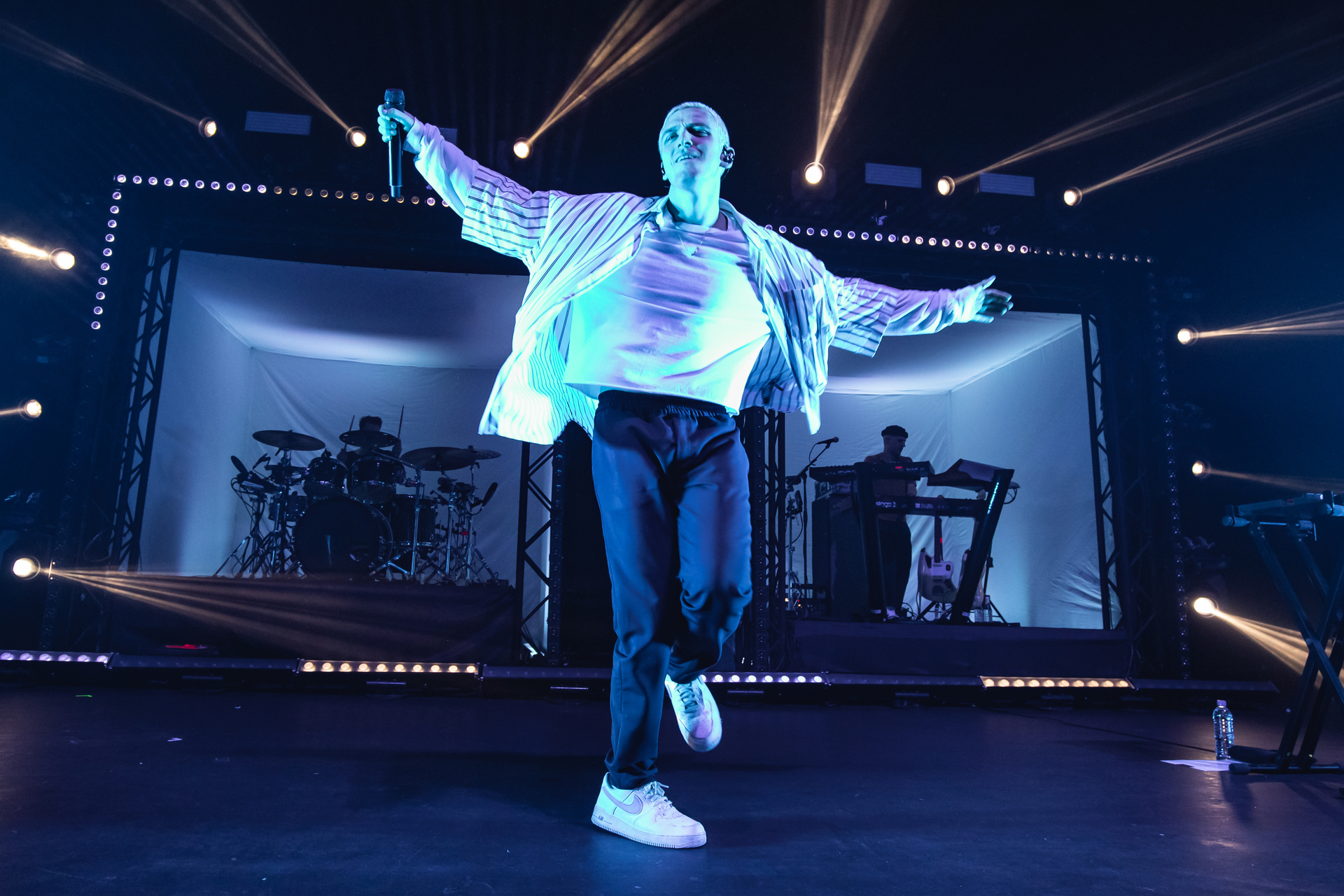 He gave his fans a preview of a new track titled ‘Sims’, which is “about meeting the right person at the wrong time”. While the sad side of love is a recurring theme throughout his discography, his electrifying show proved that he celebrates his understanding of the heartbreak that comes with love and when you fully embrace it, you realise that – as cliché as it is – “Tis better to have loved and lost than never to have loved at all”.

For Lauv, who has embraced the trend of up-tempo, synthesizer-laden tunes, his performance showed me that he isn’t swallowed by the fame or the pressures of producing heavy hitters. He bares his soul in his music and throws out the tendrils. For those who can relate, latch on and love him for his vulnerability.

If him ripping up his pants halfway in isn't a testament that his show was remarkable, I don't know what is. 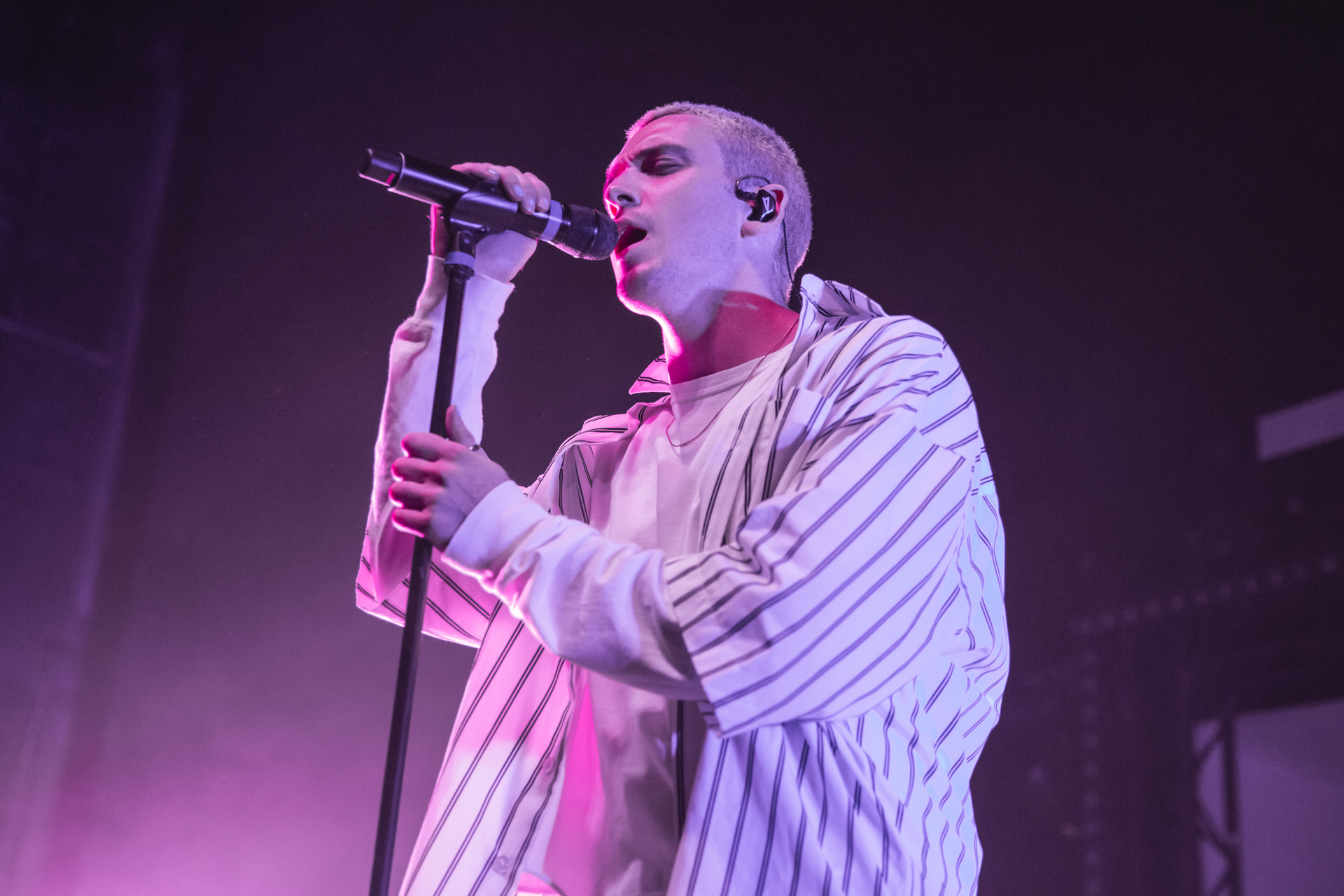