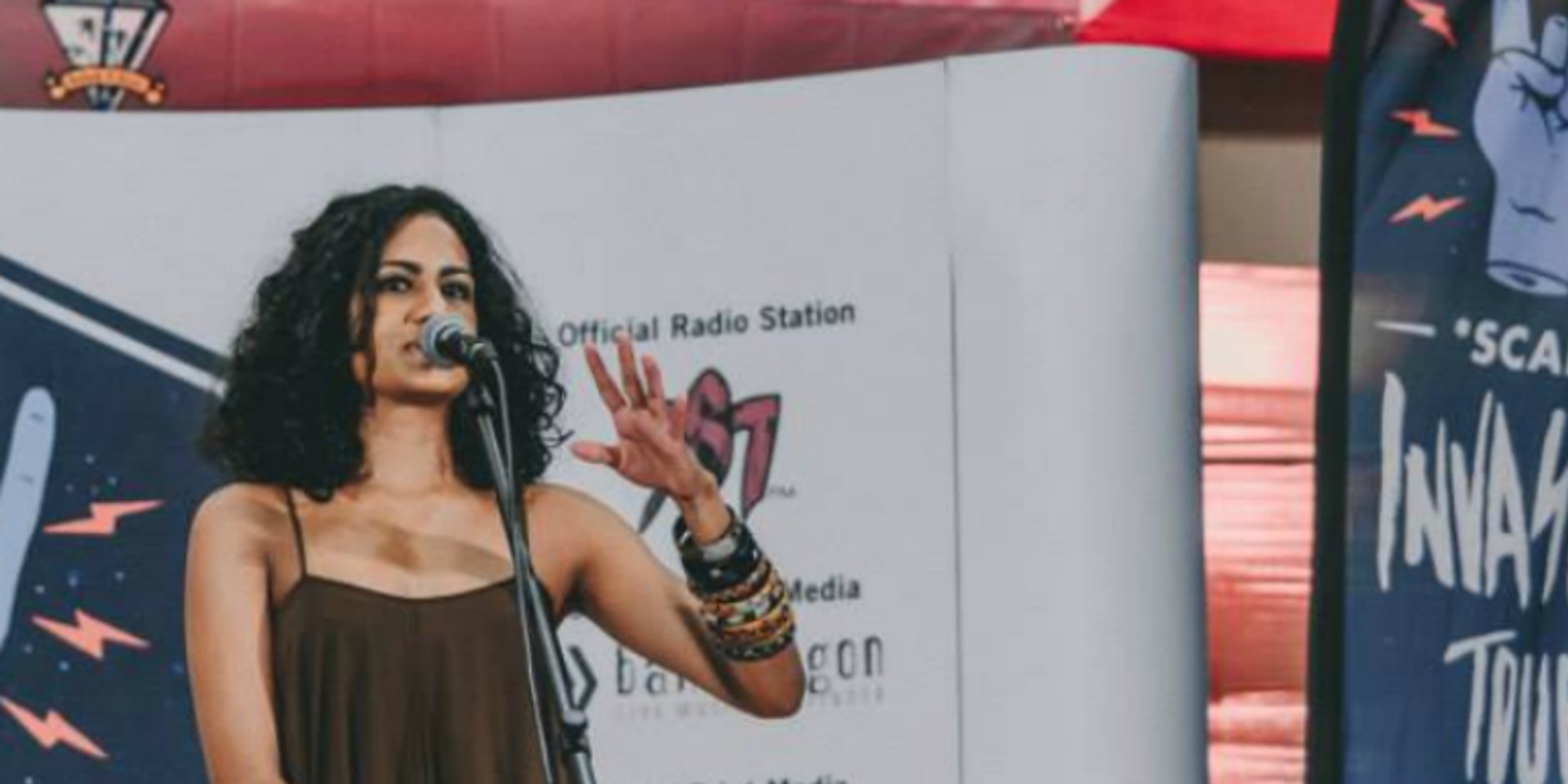 Typically, most learning done by students (in Singapore at least) happens within the familiar walls of the classroom. But is that the only place where the eager, young minds of tomorrow are being moulded? Well not exactly, going by the recent *SCAPE Invasion Tour stop at Bedok Green Secondary.

Assembled in the school hall, the restless lower secondary student population was bustling with chatter, no doubt gripped by the prevailing TGIF mood and impending weekend. Now, one key part of the learning process is exposure to new things or subjects. And straight off the bat, 987fm DJ Gerald Koh and singer-songwriter Inch Chua (as known as her onstage moniker, iNCH) offered the Bedok Green Secondary crowd a little insight into the local music industry.

First up, DJ Gerald Koh. After a brief introductory speech detailing the day-to-day responsibilities of a radio DJ, the jovial emcee was generous enough to answer any burning questions that the students had for him. Over the course of the Q&A, the students were given the answer to questions that ranged from the mundane (“How much does a radio DJ make?”) to the downright hilarious (“How old are you? Or, what is the minimum age to become a radio DJ?”). 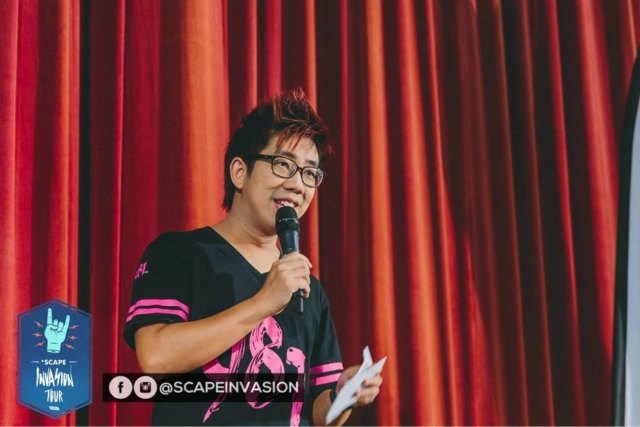 iNCH, on the other hand, provided a much needed glimpse into life as a local musician. Using her own life story as a template, we are pretty sure that her informative presentation, peppered with personal anecdotes relating to young love, music and camaraderie, would have resonated with the teenage crowd. 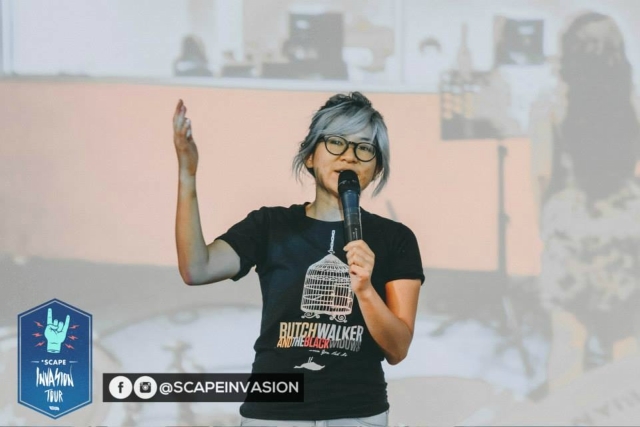 However, as most students will tell you, learning is two-tier process. After being fed lines and lines of information, nothing reinforces the imparted knowledge than actually experiencing the subject matter in question. And this is where the second part of the *SCAPE Invasion Tour experience kicks in.

Hence, besides listening to iNCH’s vibrant description of the live music experience, the Bedok Green Sec students were also treated to the actual thing in the form of a riveting performance by pop trio, HubbaBubbas and soul singer, Michaela Therese.

Coming out to a rousing round of applause, HubbaBubbas charmed everyone with their smooth harmonies and infectious stage energy. The Noise Singapore 2014 participants showed the students exactly what to expect from a live gig with a carefully curated set made up of originals and covers. Besides showing off the mad cap beatboxing skills of vocal percussionist Mervyn Ye, HubbaBubbas also left the audience with a clap-worthy rendition of Mark Ronson’s ‘Uptown Funk’. 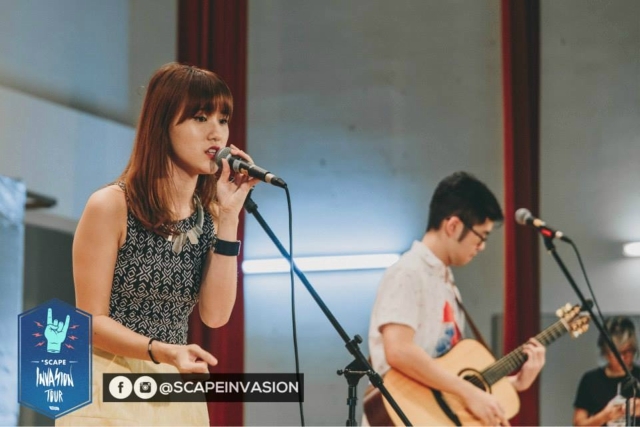 With the HubbaBubbas delivering the taste of a quality pop gig, local musician Michaela Therese seized her chance and furthered the students’ music education by introducing them to some sweet soul music. The young and willing crowd was buzzing with curiosity and chatter as ‘If I Let You Go’, written when Therese was just 17, echoed out of the school hall speakers. 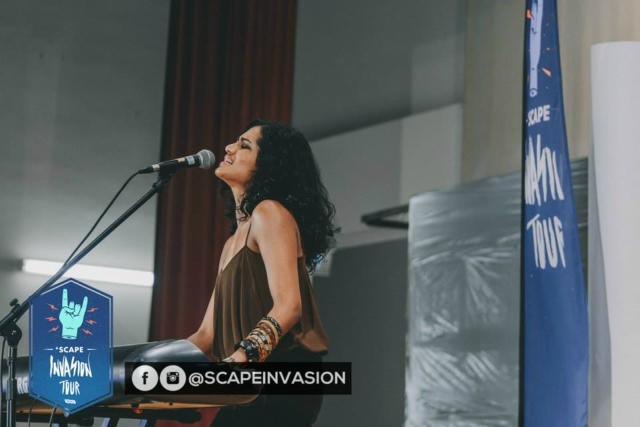 As Therese pushed her voice into overdrive, a hush descended over both students and teachers alike, broken only by the piercing round of applause following the end of the song. Sure, it might have been their virgin encounter with local soul music, but there is no doubt in anyone’s mind that Bedok Green Sec have just been schooled by Michaela with the *SCAPE Invasion. 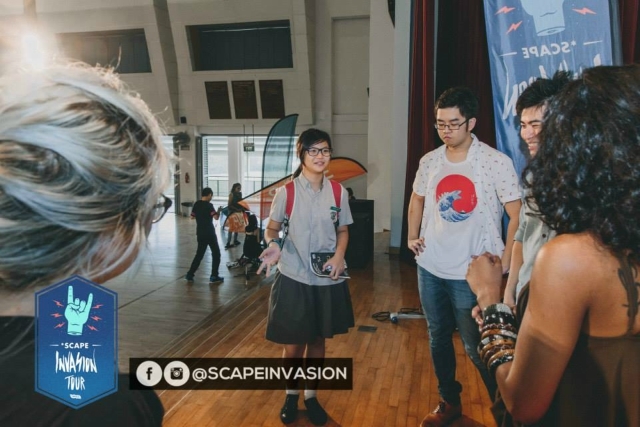