"My 16-year-old self had far off plans to one day attend Summer Sonic," homegrown singer-songwriter Linying shares with us. Now it seems she's finally got the opportunity to fulfill that teen dream, but in a way she probably never anticipated.

Following in the footsteps of label-mates The Steve McQueens, Linying will be performing at Summer Sonic Festival 2016 in Tokyo, Japan, this coming August. Performing on the Island Stage alongside other international acts, Linying will be previewing music from her upcoming EP Paris 12, due September of this year.

"I'm very excited to be playing the first time I'm there," Linying added, "being on the same .jpg as Radiohead is also pretty crazy, and I can't wait to see them live."

In addition to their regular performance preparations, Linying has also mentally fortified herself "to stalk Matt Healy with [her] artist pass," together with her band, who "are ready to kidnap James Bays' guitars."

As one of Asia's largest music festivals with headlining acts like Radiohead, The 1975, Two Door Cinema Club, and Flo Rida, snagging these performance slots is no mean feat, and we're already looking forward to the EP.

Meanwhile, you can also vote for Linying on CLEO's current Change Makers campaign. 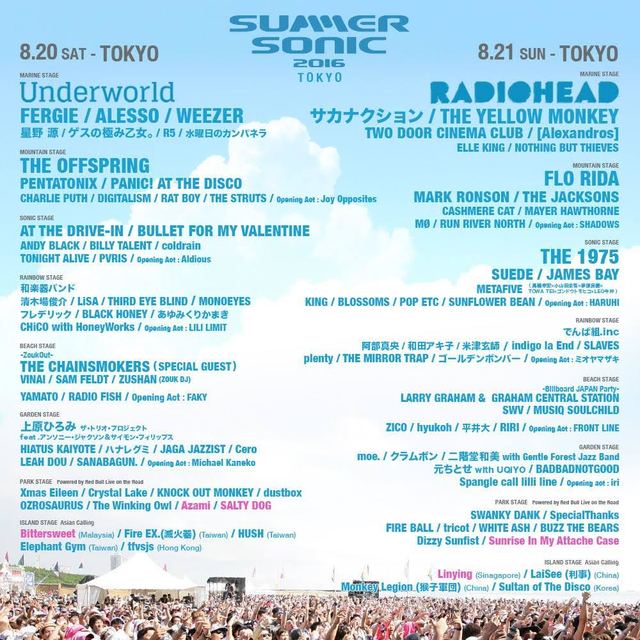