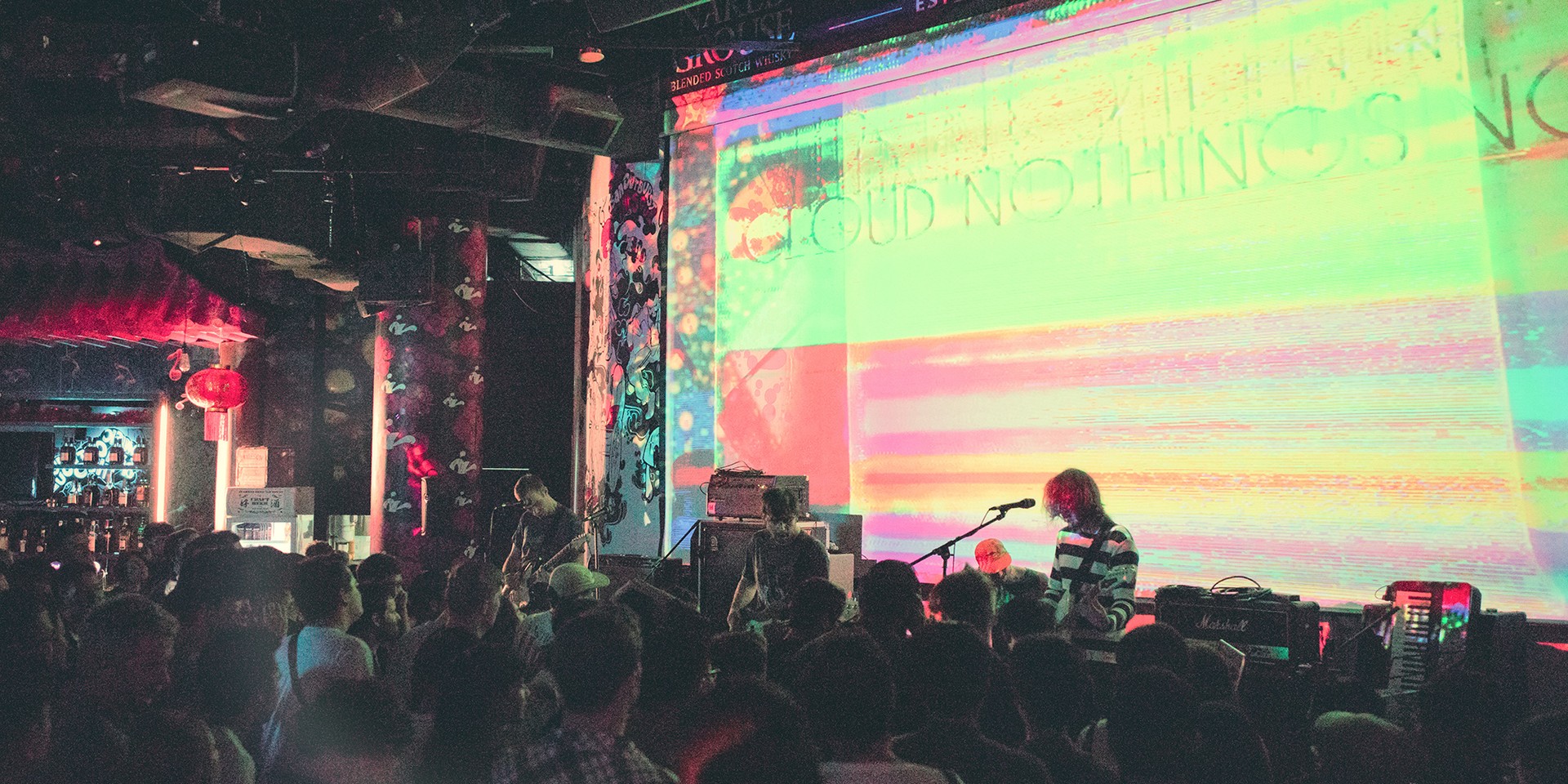 There may be an influx of concerts in Singapore, but the city is always abuzz with live music.

With establishments offering top-tier F&B and a live music programme that's worth coming back to regularly, here's an extensive rundown of the places you can visit every week to enjoy some delicious grub and astounding live music with friends. 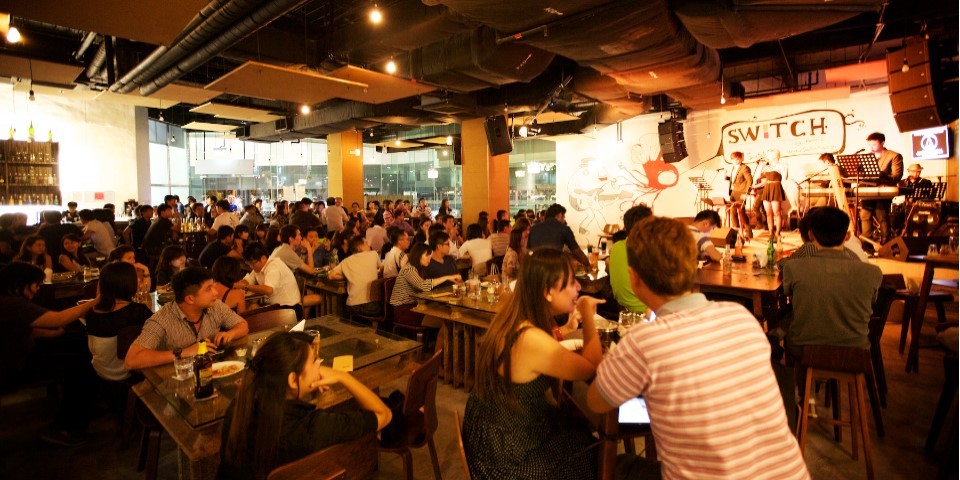 Timbre Group has been immensely dedicated in providing platforms for musicians to perform, and with 6 live music venues to their name – Timbre @ The Arts House, Gilman and Substation, Barber Shop, Timbre+ and Switch – it’s no wonder venues under the Timbre Group are one of the most frequented and most booked for events, having played host to our recent Bandwagon Stages at Music Matters Live 2017 and VANS Musicians Wanted. 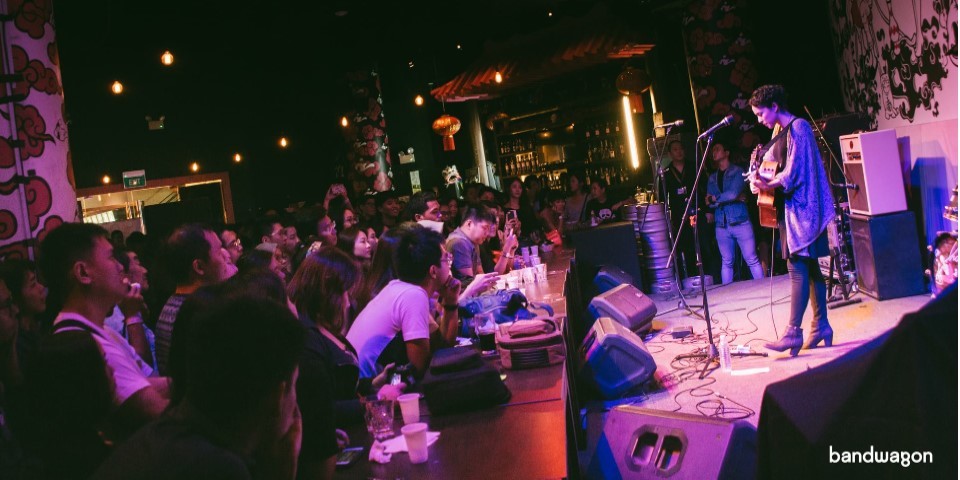 Hood Bar & Café is one of the main go-to locations for live music, and rightfully so – the bar has different (resident) bands playing every night; but resident bands aside, Hood Bar & Café has played host to other local and international artists, so do keep a look out for concert announcements to plan your week accordingly.

Since its opening in 2004, Blu Jaz Café has had countless musicians grace their stage, particularly jazz musicians. Located in Singapore's "hipster" hangout – Haji Lane – Blu Jazz has steadily become a local haunt of Jazz lovers. What’s more, Blu Jaz boasts an all-in-one location, with a dining area, bar, lounge and dance floor all under one roof. 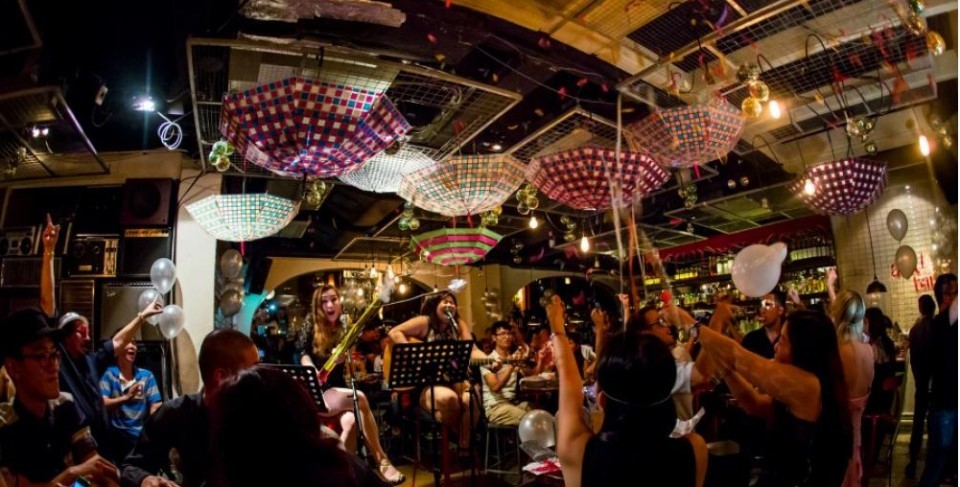 Acid Bar, which has been around for 13 years, is located within the most unsuspecting of locations – a restored shophouse. What sets it apart from other venues is their menu, which consists of primarily Peranakan cuisine, rather than the run-of-the-mill tapas treats. In addition, daily live performances by different acts begin significantly earlier, starting from 7pm. What’s more, Acid Bar is open on public holidays as well – so in case you’re looking to spend your next public holiday differently, here’s a heads up. 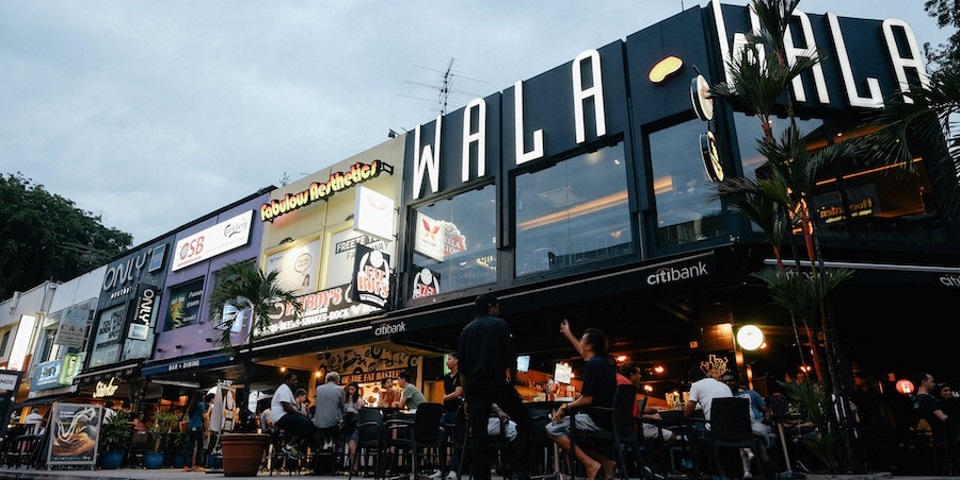 Situated in the ever-bustling Holland Village, Wala Wala Café Bar is THE resident live music venue of the West, if not Singapore. Similar to Acid Bar, performances at Wala Wala begin earlier, starting from 7pm on weekdays and 9.30pm on weekends. Resident performers include Jack & Rai and Shirlyn & The UnXpected – with a line up this attractive, there’s no way you can miss out Wala Wala. 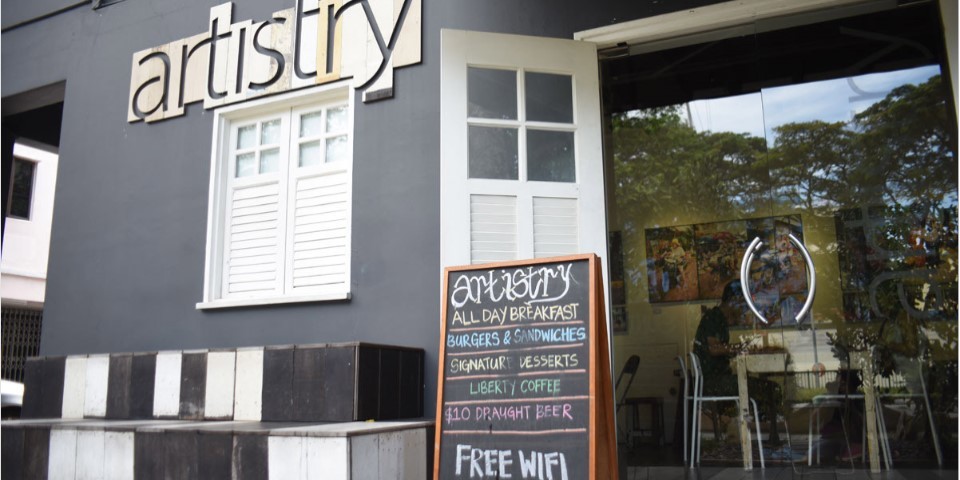 Artistry Café is known for celebrating art and creativity, with paintings and art pieces lining the walls of the quaint café. The café is known for featuring artists of all genres – jazz, electronic, indie and more; as well as staging talks and workshops. 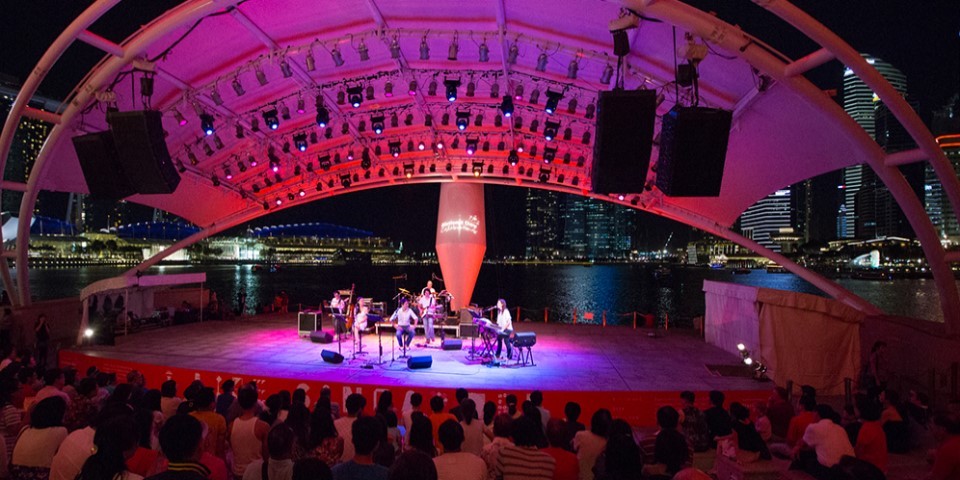 Esplanade – Theatres on the Bay

Esplanade has always been known to feature an array of live gigs, with free performances taking place nearly every weekend, irrespective of genre, or if conducted indoors or outdoors. Located in the heart of the CBD area, the Esplanade has become one of the prime location for major concerts and free gigs alike. With plenty of F&B outlets within the Esplanade grounds, it's perfect for a weekend night out. 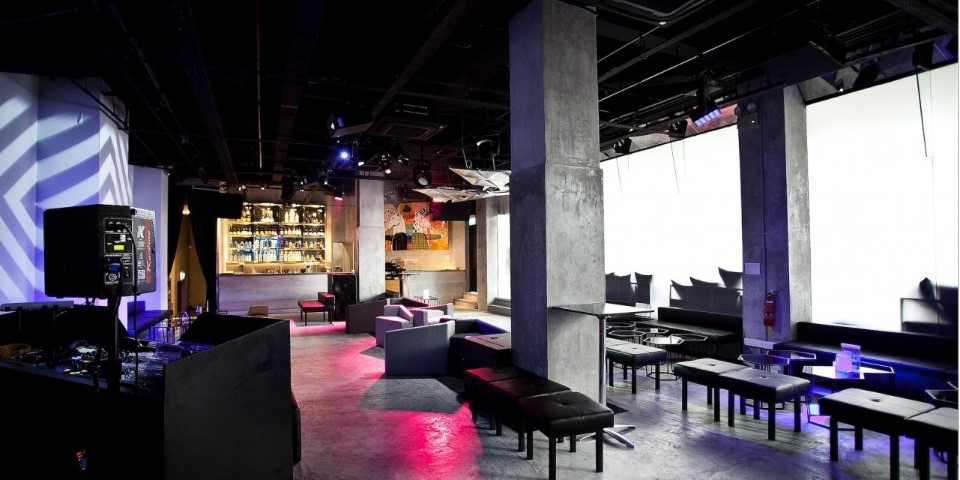 The nightclub, formerly Home Club, reopened under the name Canvas Singapore, serving as an art gallery by day and a nightclub by night. The flexibility and versatility of Canvas Singapore has allowed them to house various events such as upcoming performances by Anoraak this October 21st.

Founded in 1993, Crazy Elephant is arguably one of the biggest and longest-standing music venues in Singapore, having seen the likes of Ministry of Sound and the late Bobby Keys (Rolling Stones) play on their grounds. Performances at the rock n roll, blues bar start from 10pm. In addition, Sunday nights at the Crazy Elephant mark jam nights, where customers are free to take to the stage to perform. 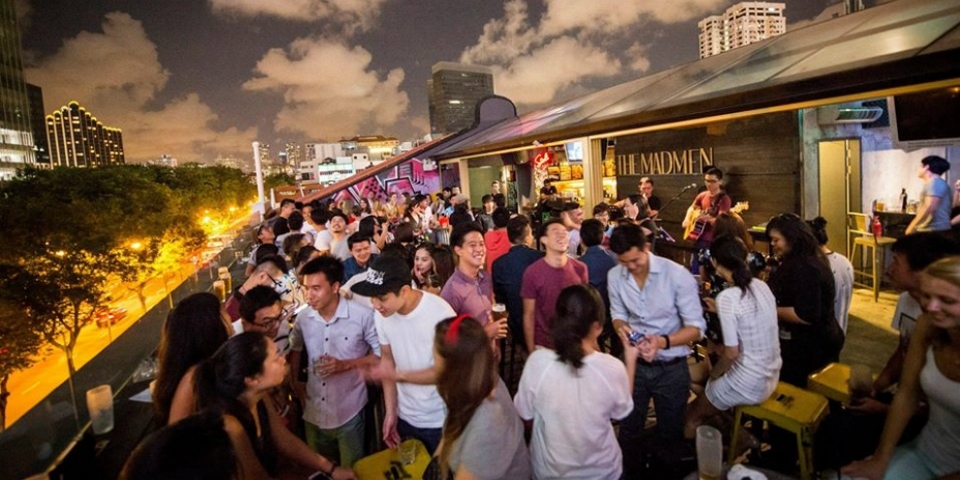 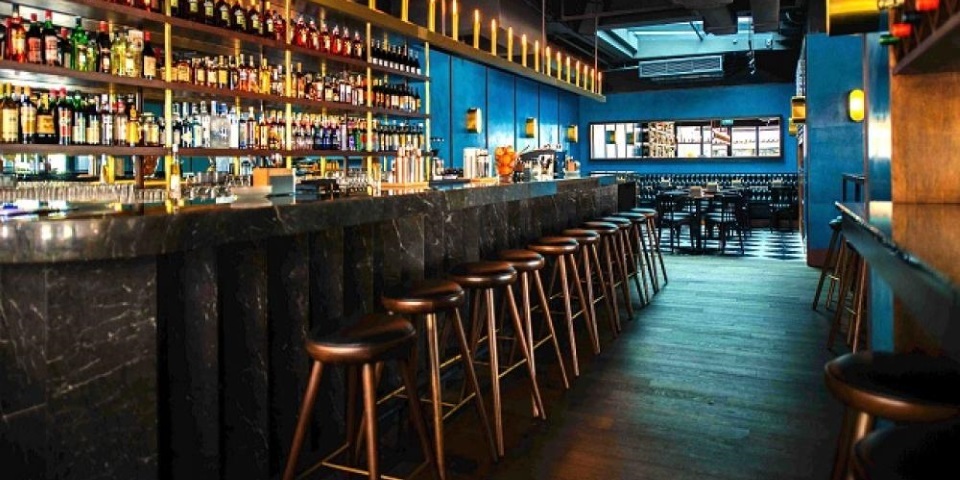 Though more known for their artisanal Italian menu, &SONS has been lauded for their restaurant’s ambience, and of course, the live performances enhancing patrons’ dining experience. Transport yourself to the streets of Venice in this trendy trattoria with live performances Monday through Friday. 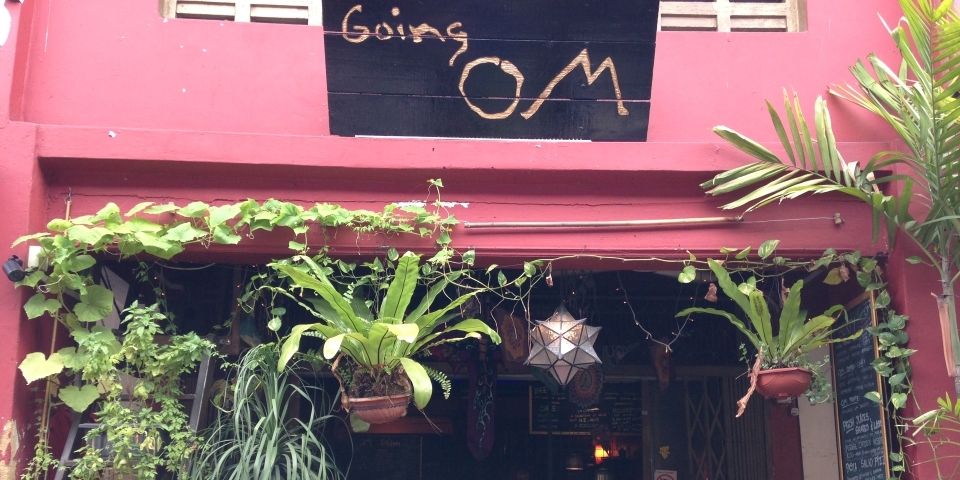 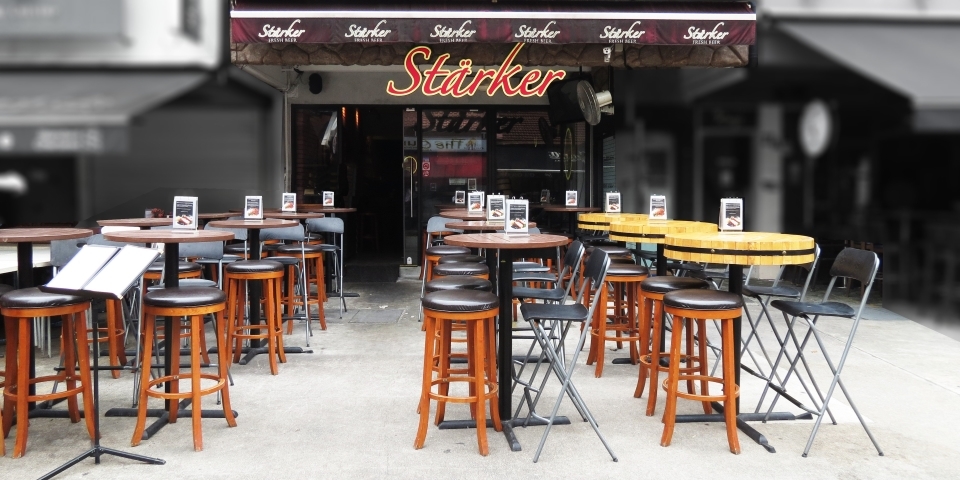 With a fusion dining concept of traditional beer drinking with an avant-garde freshness, Starker primarily aims to be a platform that supports local emerging talents - their recent Stärker Music Carnival is testament to that. With venues across Singapore and bilingual performances taking place throughout the week, Starker is a prime spot for dining with live music. 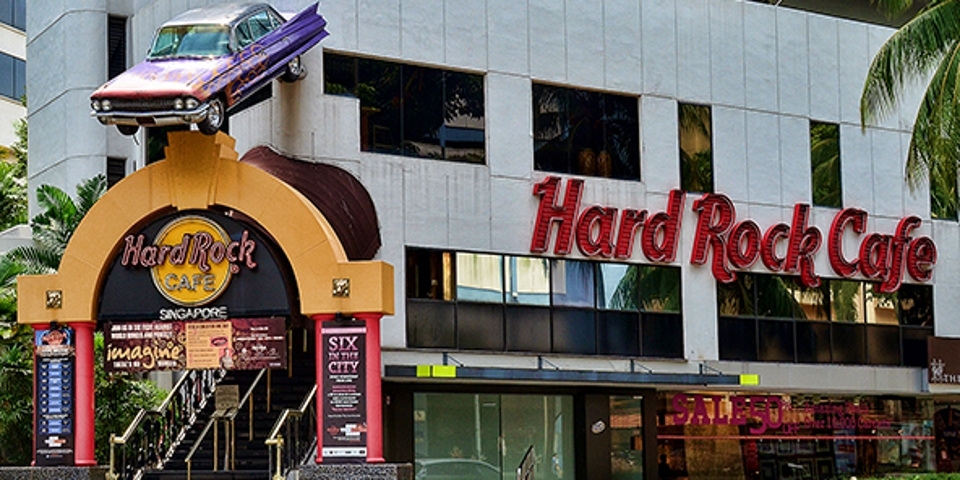 Hard Rock has been in Singapore for 27 years now, and have established themselves as the go-to spot for live rock music since opening its doors in 1990. In spite of their recent revamp and removal of their iconic Cadillac fixture, Hard Rock Cafe remains true to the Rock & Roll spirit, consistently delivering quality performances in true Rock & Roll fashion. 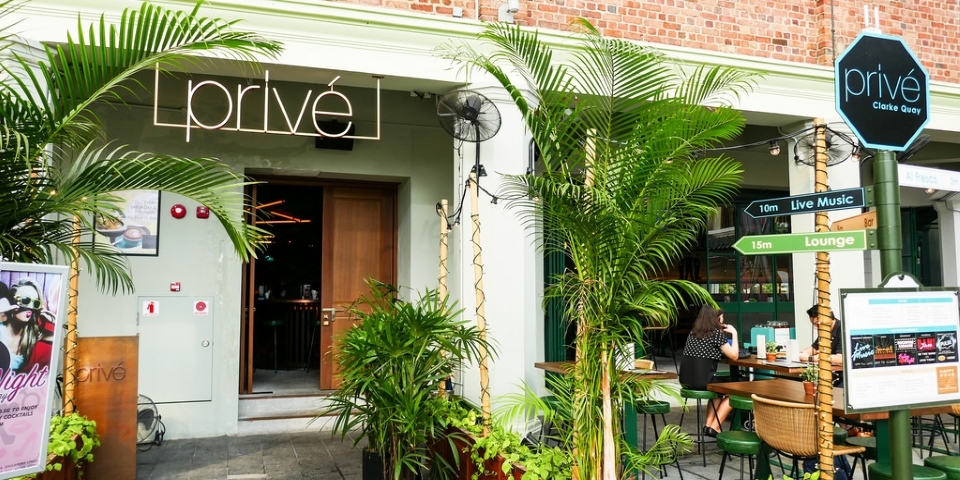 If you're looking for a place with live performances in the evening that start earlier, look no further: daily performances at Prive Clarke Quay start as early as 6.30pm. 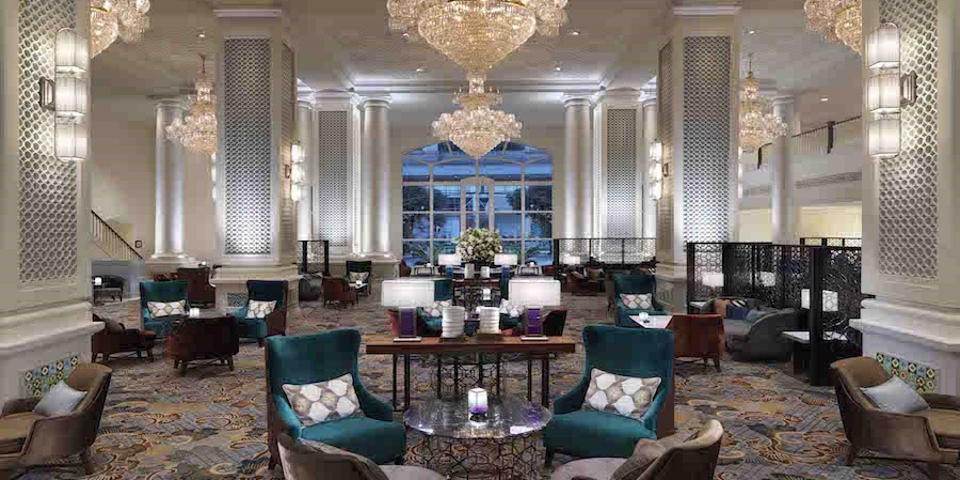 The Lobby Lounge at Intercontinental Hotel

The Lobby Lounge offers breakfast from 8am to 11am, afternoon tea from 2pm to 5pm, cocktails from 5pm to 12am and all-day dining from 11am to 10pm. Live performances are available during afternoon tea and in the evenings, which is perfect if you're up for a classy place to enjoy live music in the afternoon.