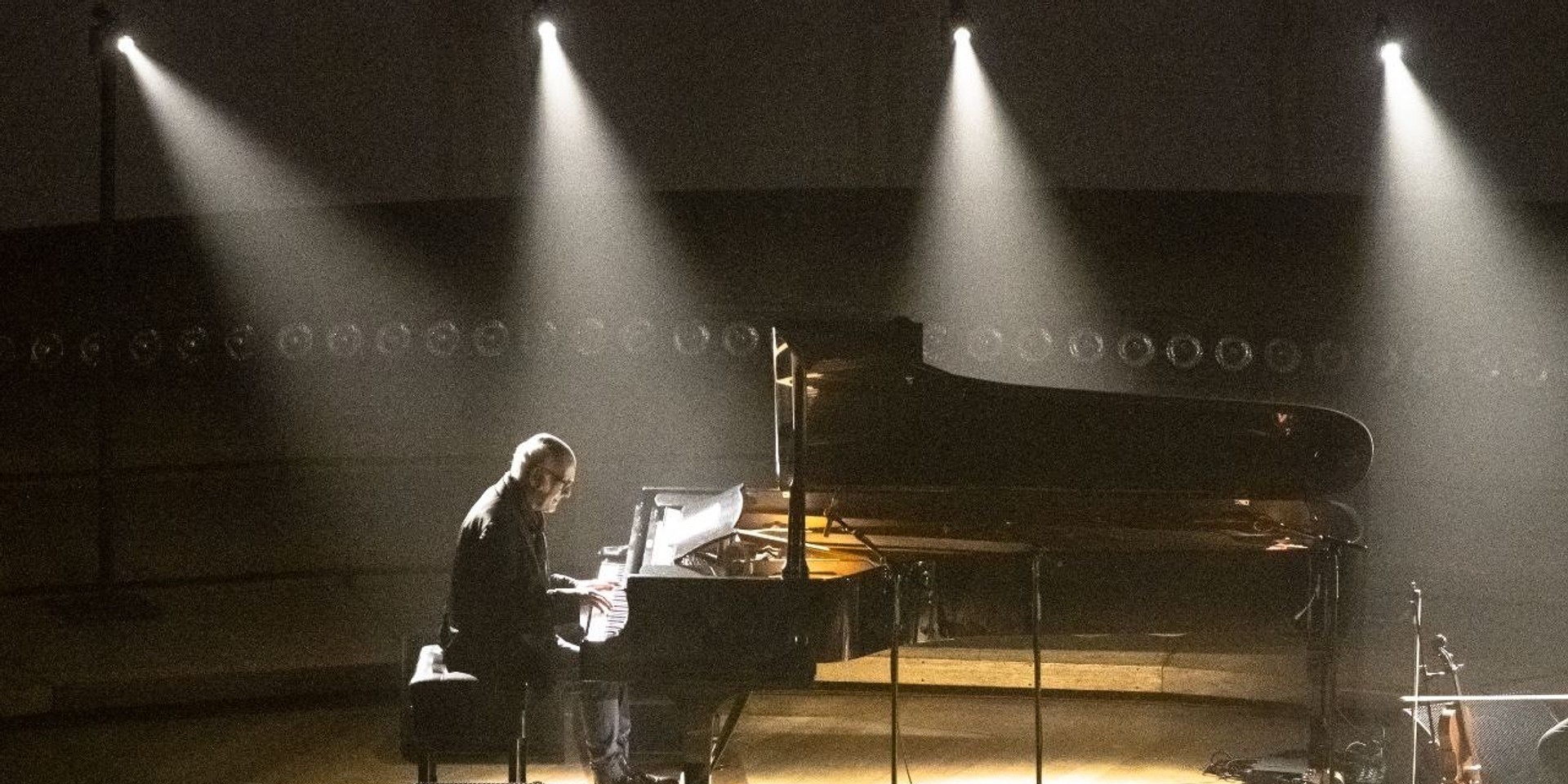 Even for those who are not aficionados of classical music, Ludovico Einaudi’s music strikes a familiar note. And there is a good reason for that. From award-winning films to Amazon Prime commercials, his music has accompanied a vast and varied tapestry of content in modern popular culture. The power to bring out the depth and complexity of human emotion and connection is perhaps what contributes to the boundless appeal of Einaudi, now widely known as the world’s most-streamed classical music composer. With his latest project ‘Seven Days Walking’, Einaudi, together with cellist Redi Hasa and violinist and violist Federico Mecozzi, brought a much-awaited performance to Singapore, for the first time. 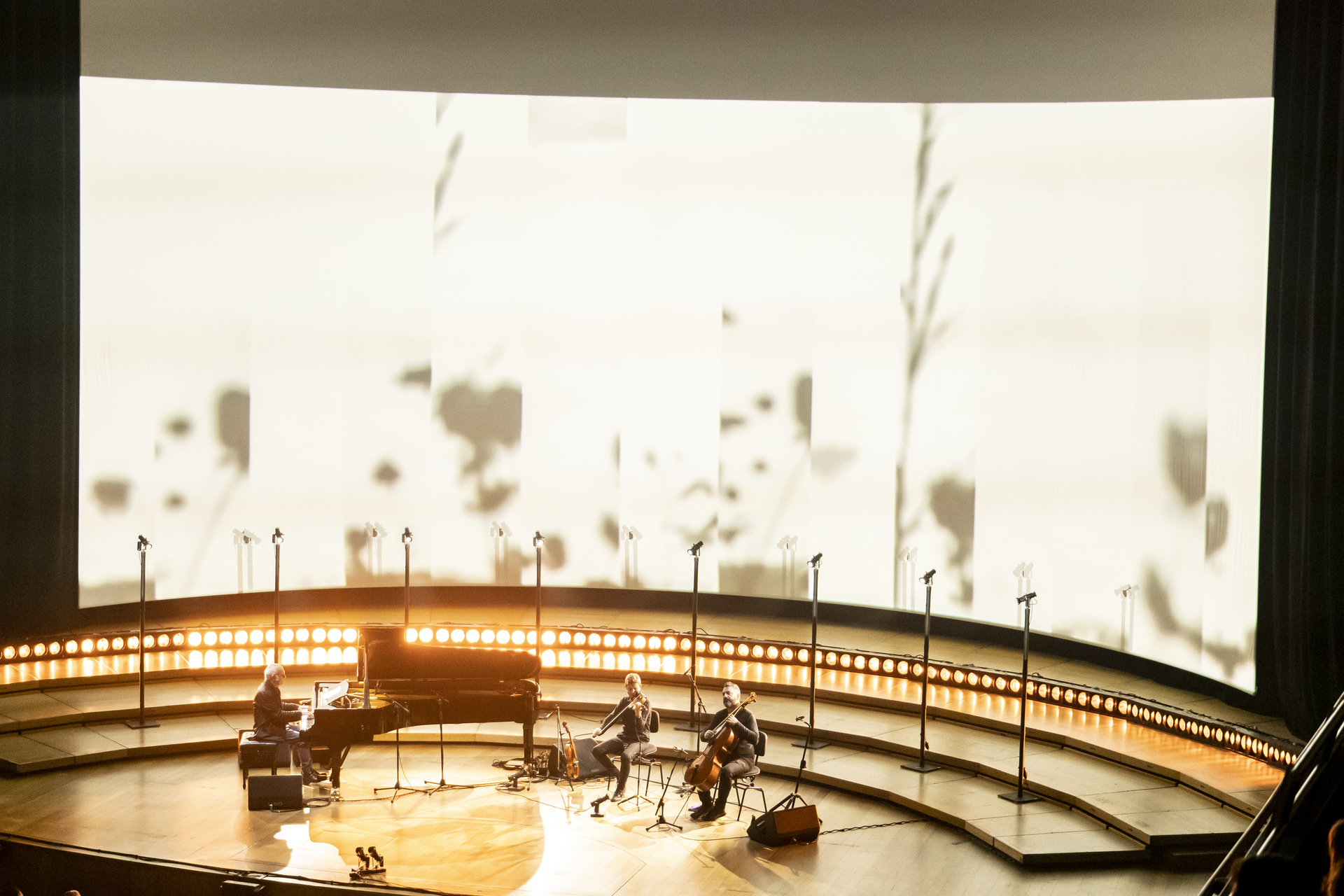 Housed in the grand interiors of the Esplanade Concert Hall, the performance was more akin to a lyrical voyage - one that is inspirational at times, intimate in other moments, yet always unfailingly relatable in a way that makes one go, “Yes, I have felt this way before.” ‘Seven Days Walking’ was inspired by Einaudi’s winter walks in the Italian Alps, and this feeling of deep reflection among nature took shape in the venue itself. Against a visual backdrop that morphs seamlessly with the music, Einaudi barely addressed the crowd, but spoke passionately through his piano, together with the strings from Hasa and Mecozzi. 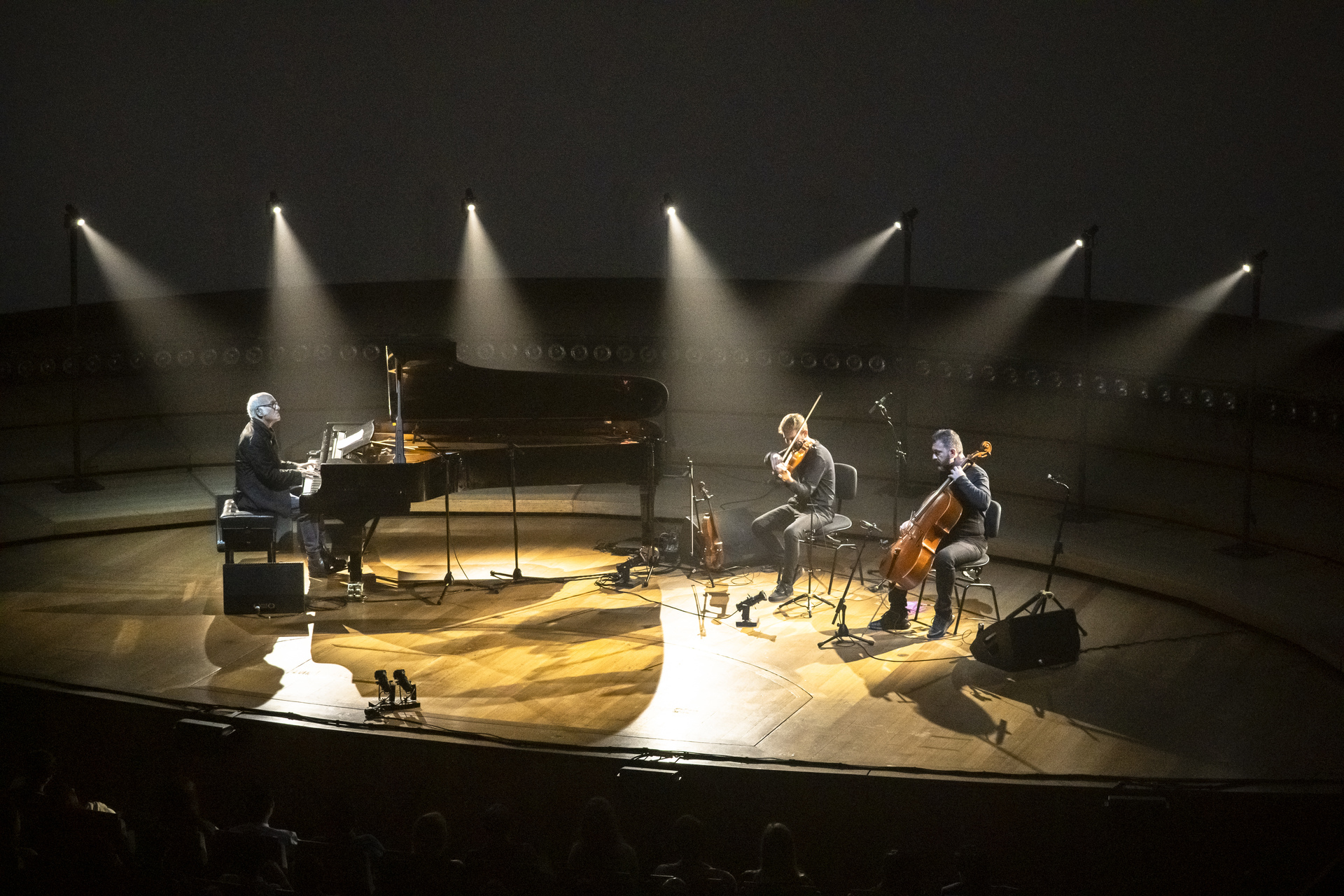 With the masterful delivery of "Nuvole Bianche”, among others, the trio conversed through their instruments, ever so often exchanging brief glances with one another. There was an unspoken chemistry that can only emerge with years of working together, a closeness that drew listeners even deeper into the journey. True to Einaudi’s style, listeners were greeted with recurring melodies that emerged seamlessly throughout the performance, and each time, conjuring a sense of familiarity, almost like a revisiting of life’s memories. Under the dim glow of this intimate space, one could see couples embracing each other, a testament to the evocative nature of Einaudi’s music. 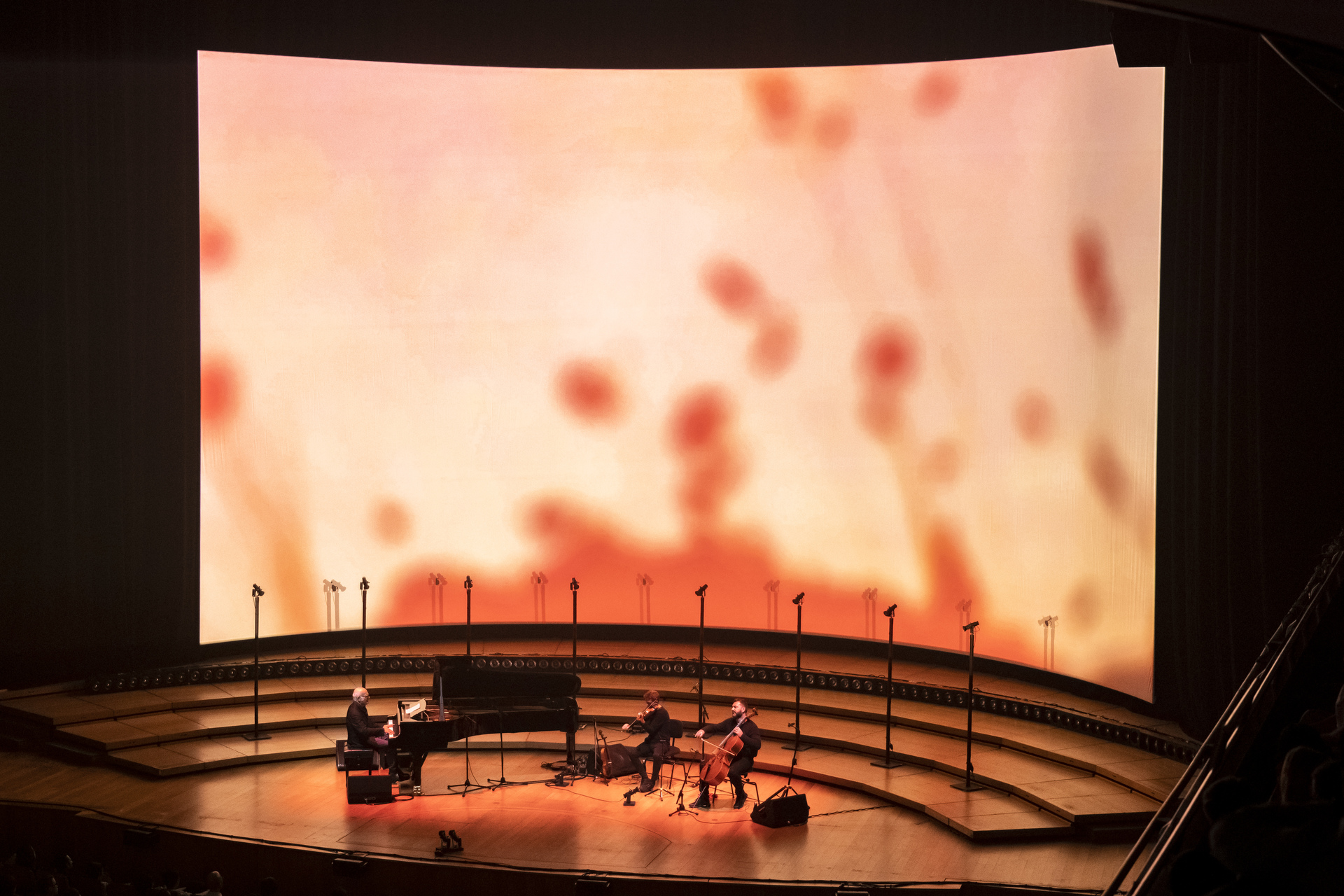 Perhaps the greatest highlight of the show came with a majestic performance that Einaudi called “Melody of the Mountain”. Like the works from ‘Seven Days Walking’, the piece was inspired by the movement of nature, but taken to a whole new level altogether. As the music unfolds, three profiles of mountains emerged gradually across the screen, corresponding with the melodies from each of the three musicians. It was a rare moment in live performance history where both performer and listener, face the visual backdrop to experience a shared communion with nature. 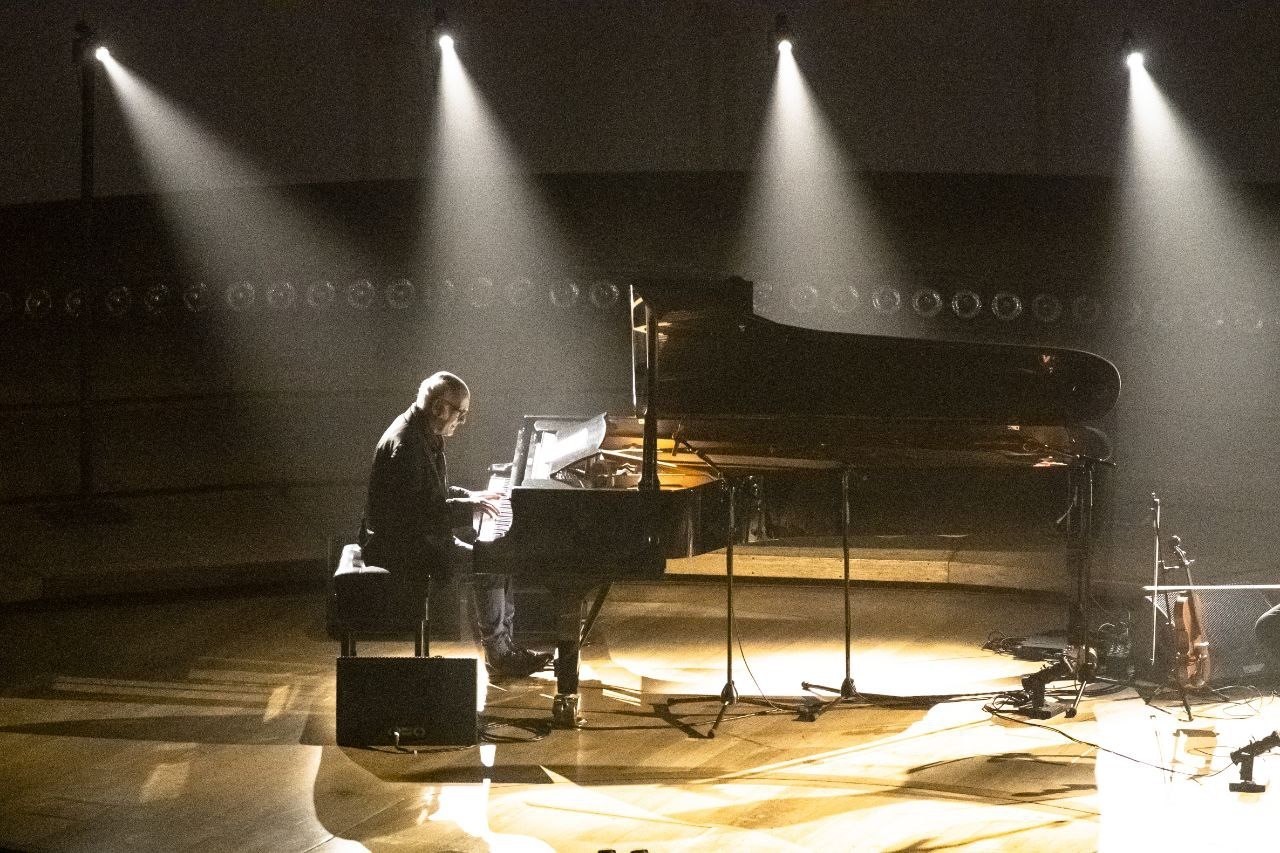 It could not be more apt to have Einaudi mark his debut in Singapore with ‘Seven Days Walking'. A musical loop that morphs over time, this is a quiet celebration of the subtle yet delightful surprises in everyday life. A gentle nudge at the city dweller to rise above the hustle and bustle, and to grow a greater consciousness of the infinite variety that surrounds us—the weather, the light, the people, and the sounds.

Special thanks to Esplanade for the invite.