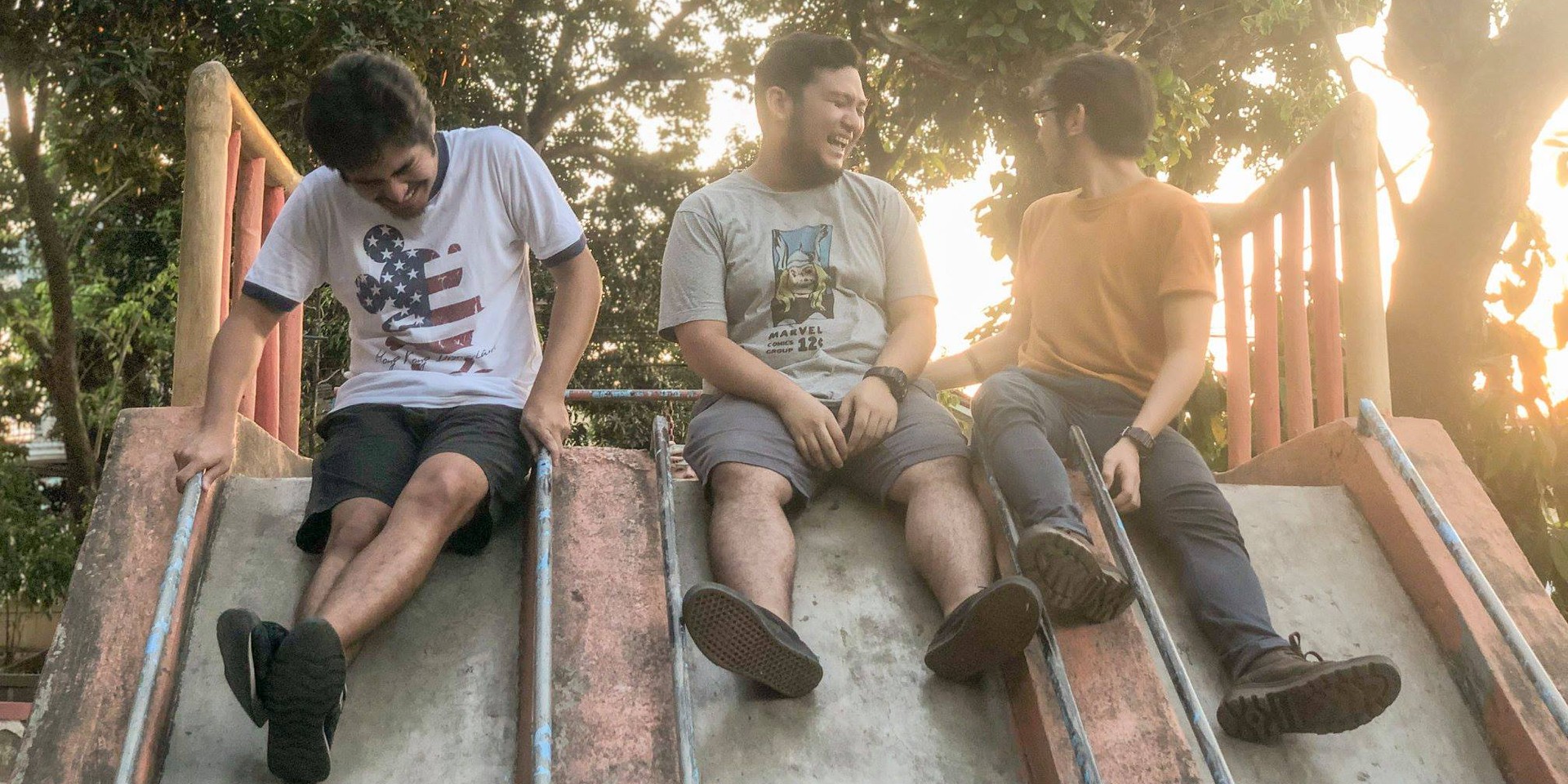 There's nothing like the love of a pet puppy. Or in Luncheon's case, their bassist.

With the release of their 'Decoy' music video, the Filipino emo-punk/math rock trio share their love for canned meat and a puppy they find on the street. The comedic visual follows the tails of "Fake French Dudes," Rafael Baclayo (guitars) and Yeoshua Platitas (drums) as they take on their new journey with a new pet (portrayed by bassist Toshi Villanueva).

Luncheon are scheduled to deliver their debut record Ur Shoes on April 13 (Saturday) at Route 196 in Katipunan. RSVP to the album launch here.