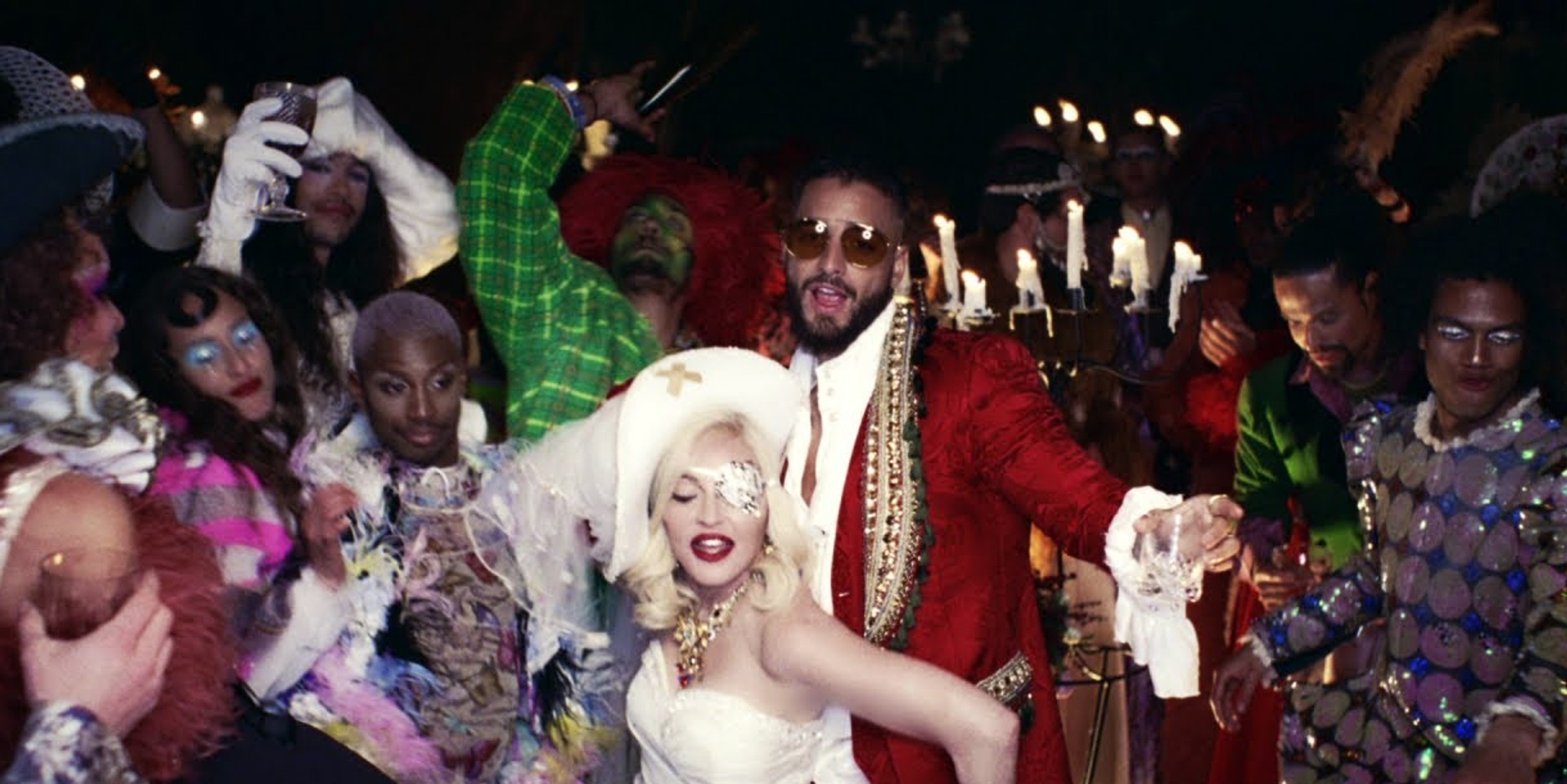 Following the announcement of Madonna’s 14th album, Madame X, she has released a music video for her first single off the album, ‘Medellín’ featuring Maluma. The video gives fans their first look into the world of Madame X, the legendary songstress’ latest persona.

Directed by Diana Kunst and Mau Morgó, and choreographed by Megan Lawson, the video starts off with a shot of Madonna in a chapel with her silhouette outlined by the colours cast by the stained glass in the room. It then cuts to several black and white footages of Madonna before the music video actually starts.

The music video depicts the story of the whirlwind romance between Madonna and Maluma’s characters. Jam-packed with choreography and lavish colours, the video is a visual treat to anyone who watches it.

Check out the music video for Madonna’s ‘Medellín’ ft. Maluma below: