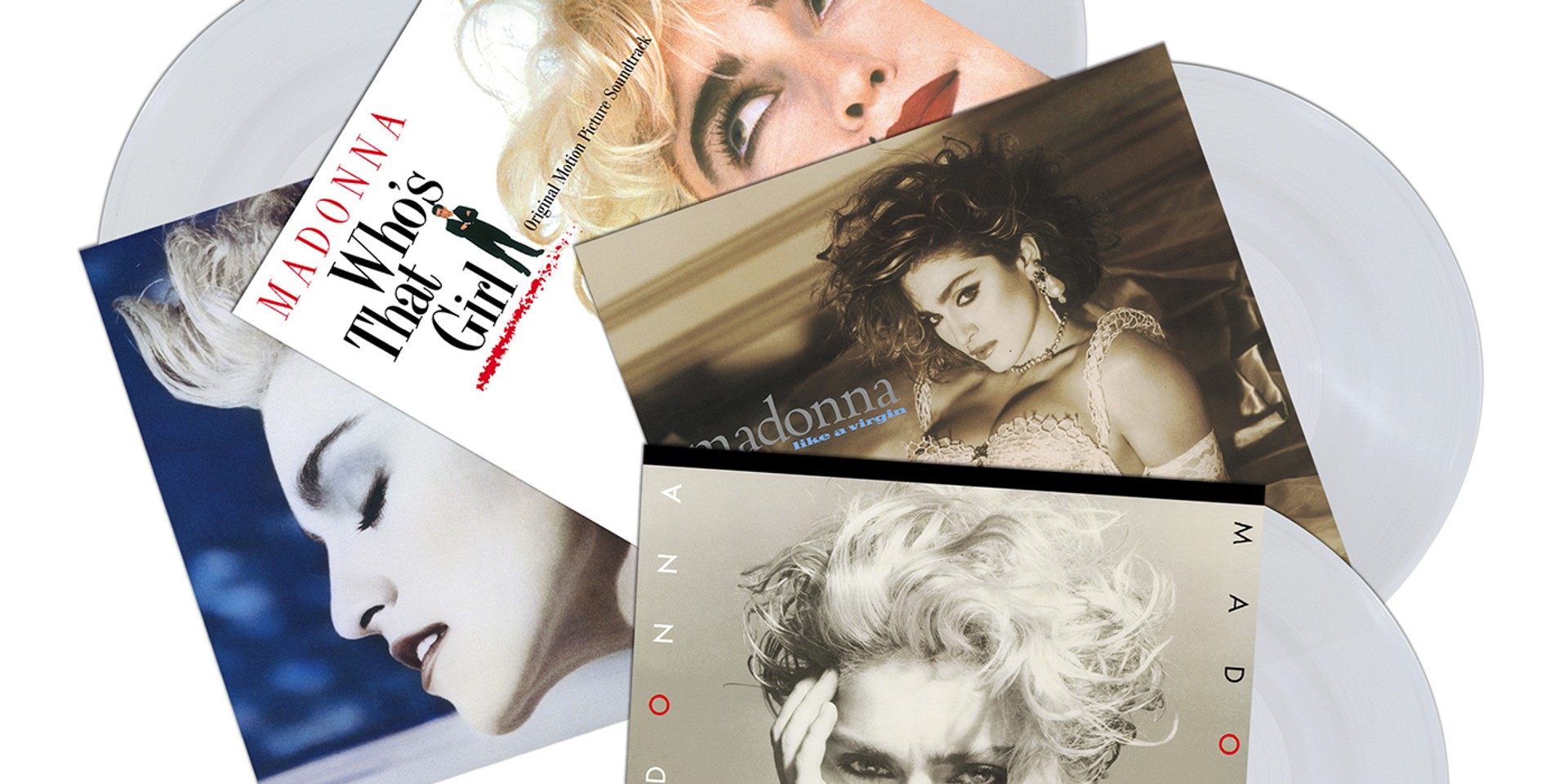 The reissue of Madonna’s first four albums on stunning crystal clear vinyl has been announced. The Queen of Pop’s iconic albums - Madonna, Like a Virgin, True Blue, and Who’s That Girl: The Original Motion Picture Soundtrack - are set for their re-release on 8 November.

Cementing her status as a cultural icon, Madonna's second album, Like a Virgin, was released a year later. Achieving international sales of more than 21 million copies, this album included hits like 'Dress You Up', 'Angel', and 'Material Girl'.

True Blue, co-produced and co-wrote by Madonna herself, went on to top charts in 28 countries. It is also one of the best-selling albums in history, having sold more than 25 million copies.

Pre-order copies of her vinyl here.