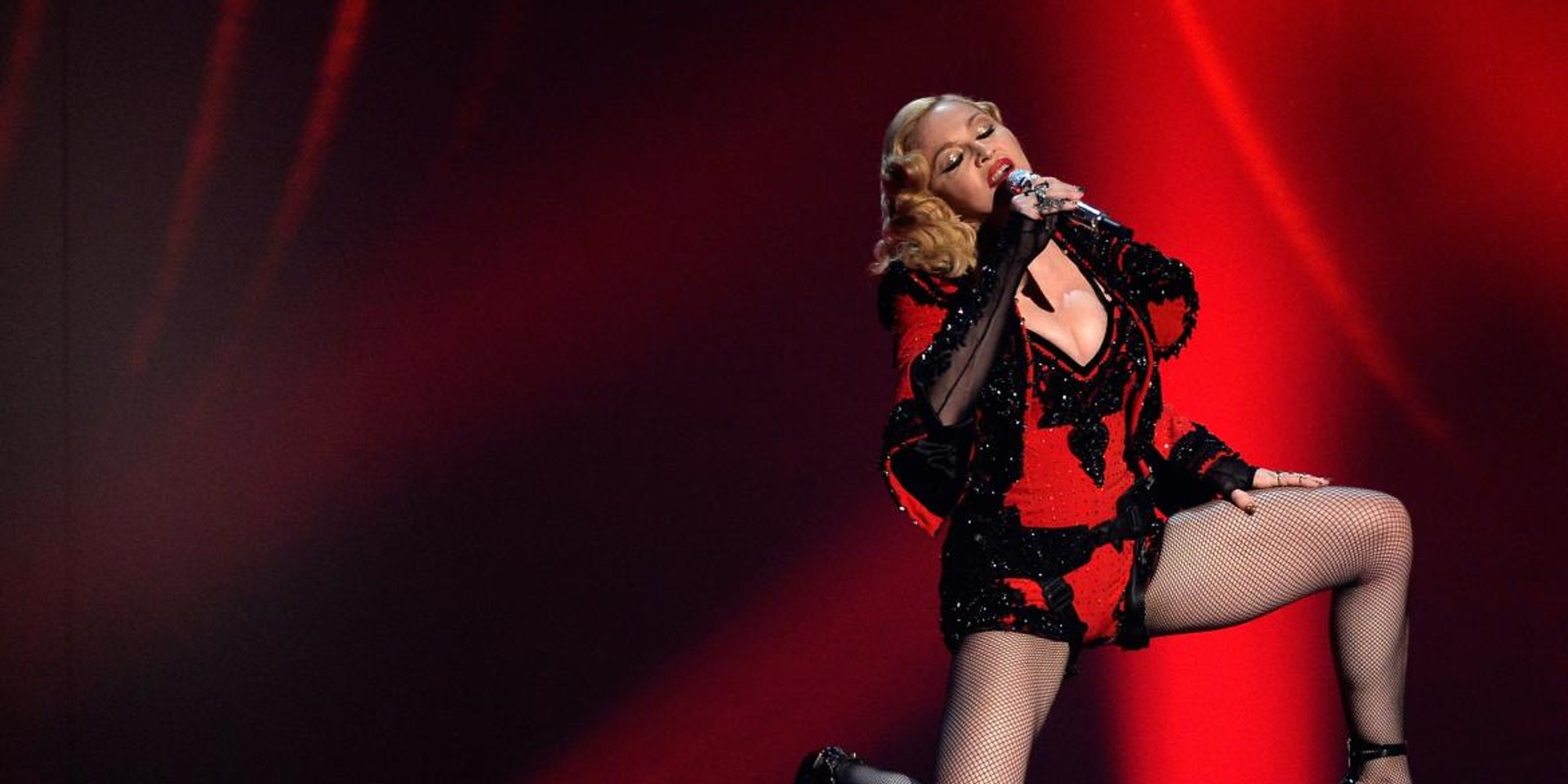 Pop stars never come cheap, as exemplified by Taylor Swift's recent sold-out weekend residency at Singapore Indoor Stadium, but Madonna's upcoming show at the National Stadium will be one for your accounting books.

After a trail of unanswered queries surrounding a possible show, Madonna has indeed been confirmed to perform in Singapore, organized by Mediacorp VizPro, and if you want to watch her as part of the Rebel Heart Tour, prepare to spend above SG$100 at the bare minimum.

Ticket prices have been set at $108 for the lowest category seating area, along with $188, $288, $388, $488, $588 and $688. Meanwhile, limited VIP tickets will be available at $1288. While Madonna has garnered herself a massive following worldwide, we'd imagine only the diehards are willing to shell out for the top seats, as well they might.

Fan footage of the aforementioned segment, which features Madonna performing the songs 'Holy Water' and 'Vogue'.

Even if that sounds unnecessary, cringe-y and ultimately absurd, good on MDA for still allowing Madonna to perform here, although with an 'R18' rating and the advisory of "Sexual References". But with such premium ticket prices, an age restriction seems almost redundant. There have not been any notable stadium shows with an R18 rating, although similar restrictions were applied for performances by black metal bands Marduk in 2010 and Mayhem in 2006.

We'll have to wait for the show to see if she'll replicate any of these outrageous stunts at the National Stadium. But for now, time to save up.

Check out the event poster below: 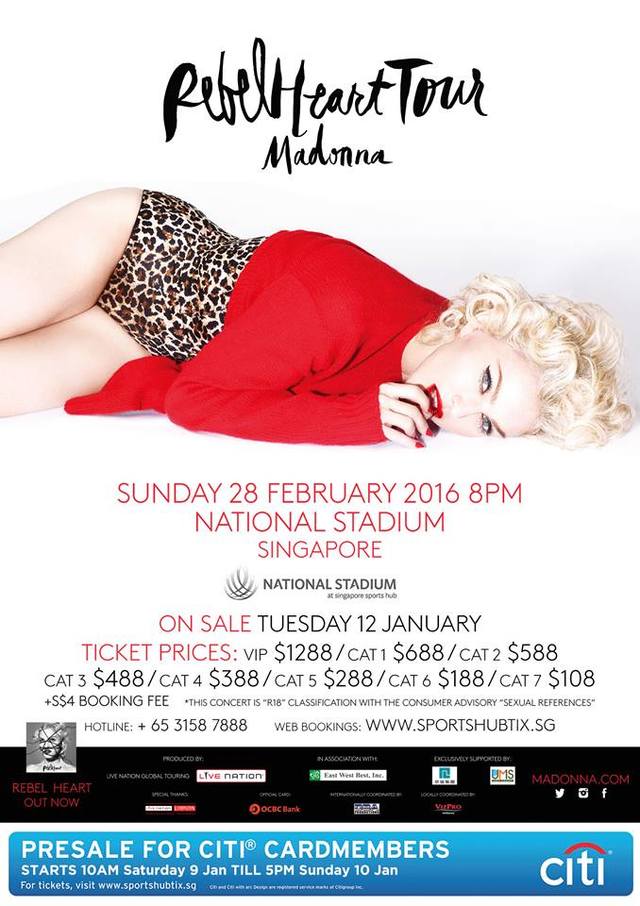