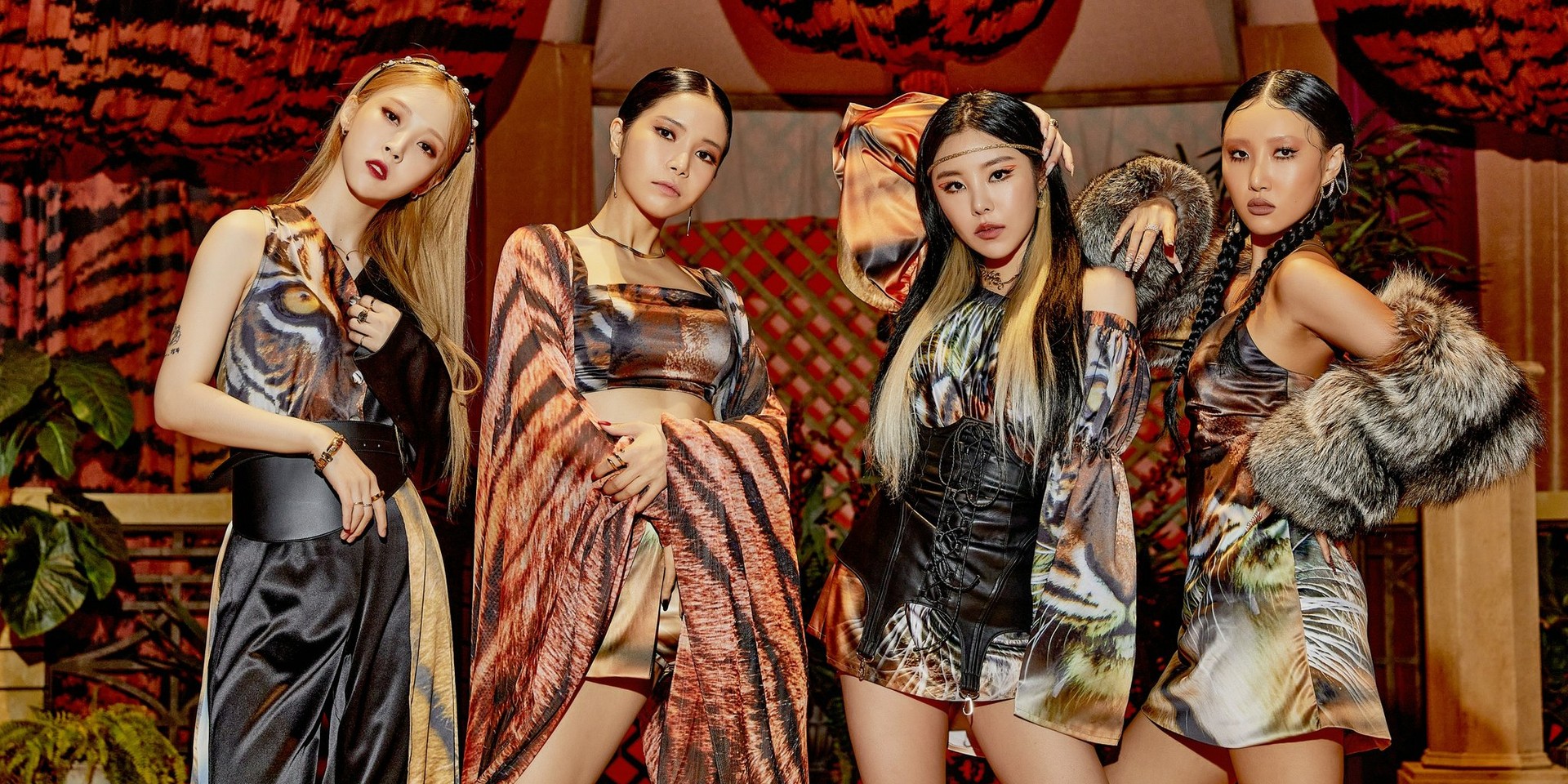 MAMAMOO are making a return in November with a brand new mini-album.

RBW (Rainbowbridge World), MAMAMOO’s agency previously confirmed the comeback news in September that the members are busy preparing and recording songs for the new album.

On 12 October, the K-pop girl group unveiled their teaser schedule leading up to the release of their new album, TRAVEL, slated to drop on 3 November. The timeline also highlights a pre-release, which was later revealed to be the single 'Dingga'.

The music video for 'Dingga' dropped on 20 October, which included a spoiler (Hwasa wielding a pickaxe and hinting at a dark concept) at the end that got MOOMOOs pumped for the title track.

The girls then announced their title track 'AYA' on 25 October with a mesmerising concept photo.

MAMAMOO finally dropped their five-track mini album, TRAVEL, on 3 November along with the official music video for title track 'AYA'. Watch the enchanting video below:

Watch the visual, performance and concept teasers for 'AYA':

The girls break down the TRAVEL tracklist, watch:

Watch the teasers leading up to 'Dingga':

Following the comeback announcement, it was revealed that the forthcoming mini-album will be arriving officially on 3 November. The album will be available in two versions: light or dark green, check out what's inside.

This comes after their second studio album, reality in BLACK, which was released in November 2019. The highly-acclaimed album topped weekly charts in Korea and became MAMAMOO's third No. 1 album.

Last September, the K-pop girl group dropped a surprise new single and music video for 'WANNA BE MYSELF', which kept fans on their toes and anticipating for a comeback.