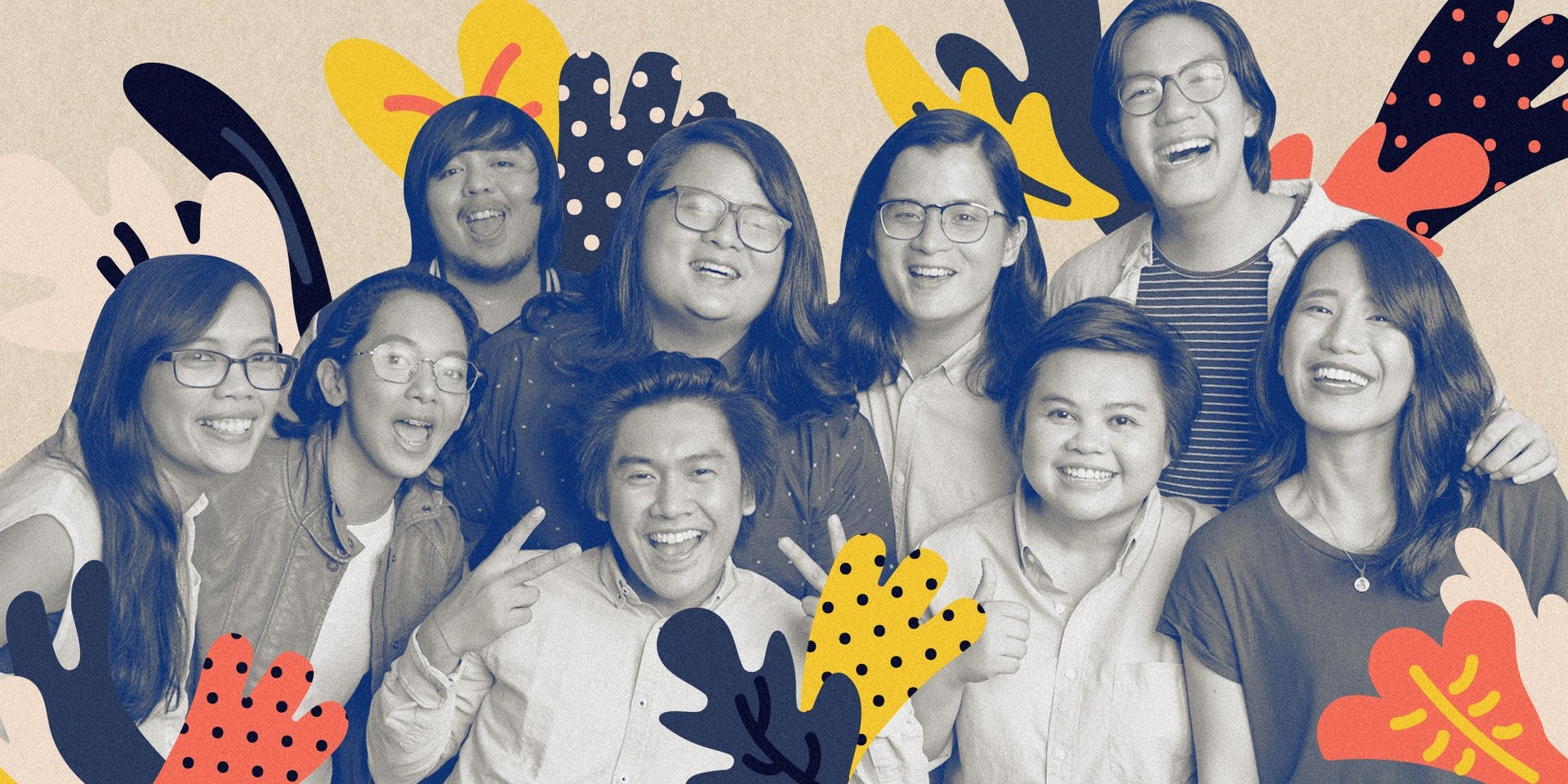 2016 was a few weeks short of ending. Lights dimmed on the Teatrino stage. The audience sat in a collective hush, the air thick with anticipation. Curtains were drawn and there they were: Ben&Ben during their sold-out concert, launching their first, self-titled EP. 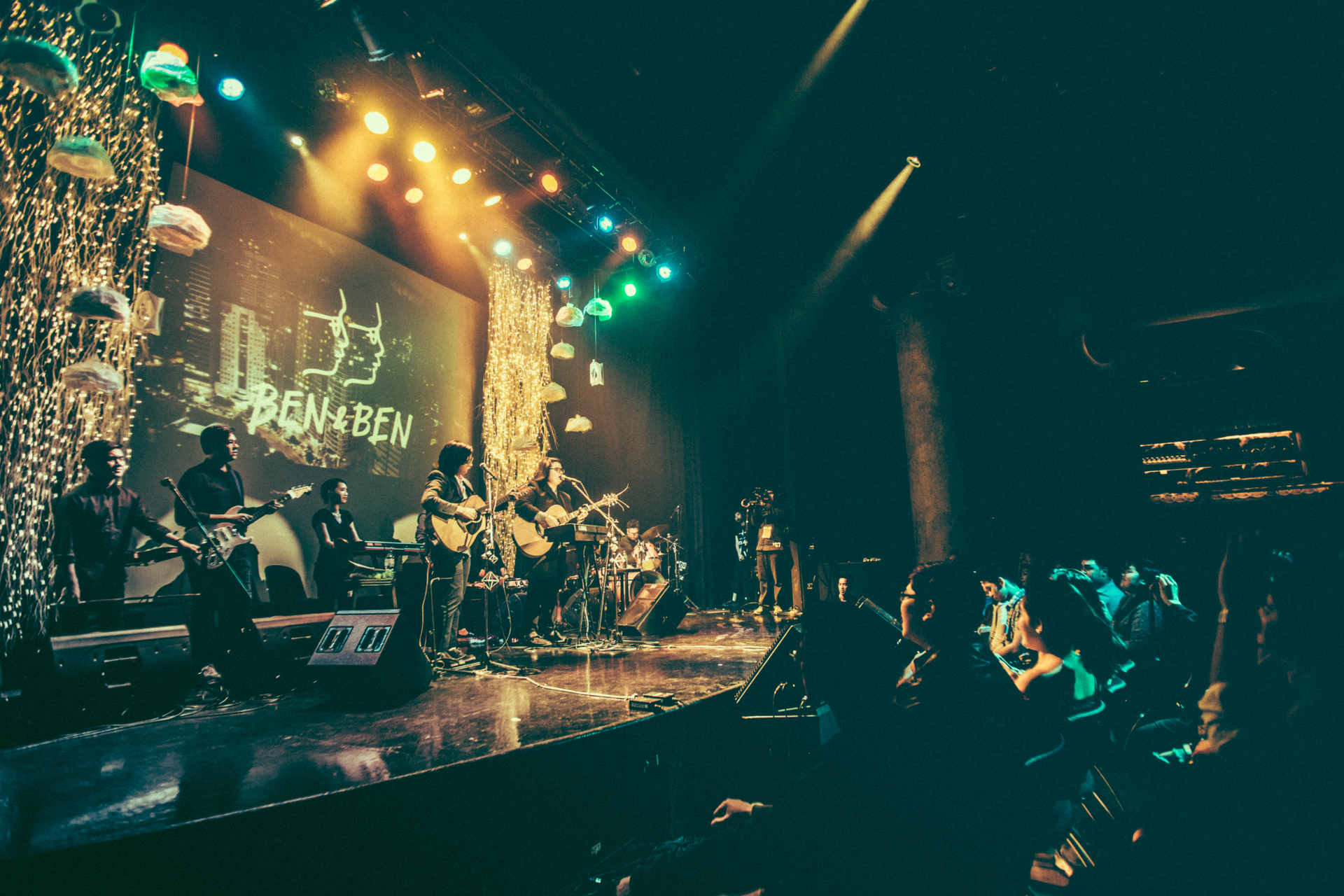 Fast forward to a few months later and their music career has burgeoned. Undeniable, yes, but definitely unsurprising. Brothers Paolo and Miguel Guico have proven time and again that they can write beautiful lyrics, come up with the right tune for them, and execute them in the most effective manner that leaves the audience nostalgic yet hopeful.

But we go back to December 17 of last year. It might not have been their first milestone as artists, but it might as well be one of the most important ones. If you were there, you’d agree with us when we say that the sight was quite unforgettable. The look on the twins’ faces reflected how they felt that night: their eyes bright, smiles wide, and voices clear. It was more than a performance; it was an introduction: This is us. This is our music. This is our journey. 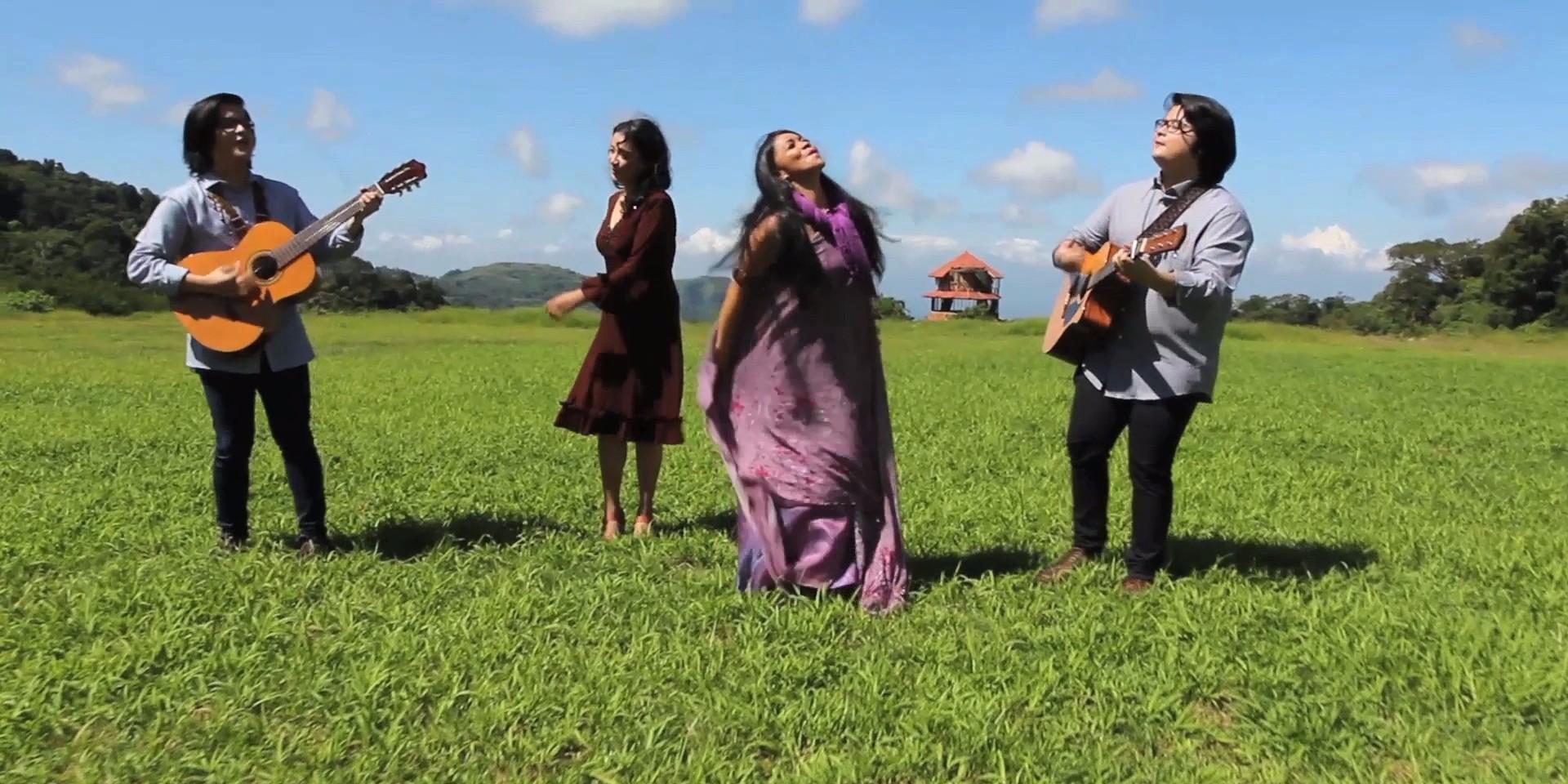 I love their music. It pulls on heartstrings you didn't know existed in the first place.”

We first encountered the folk-pop then-duo in last year’s PhilPOP Competition. Together with Cooky Chua and Bayang Barrios, the two, then called The Benjamins, whipped together a Filipino love song that showcased multiple talents all at once: the songwriting skills of the two brothers, the vocal prowess of their female collaborators, and even the acting chops of revered danseur Nonoy Froilan and ballerina Edna Vida Froilan. And these did not go unrecognized; ‘Tinatangi’ won third place and was awarded Best Music Video.

Since then, the musical path for the Guico brothers seemed even more promising. Their award-winning song went from PhilPOP to a few local radio stations, onto a musical bus, and virtually anywhere online. However, it is the friends that they made and the connections that they built that have made their journey even more remarkable. Pre-EP launch, Ben&Ben have collaborated not just with musicians who are equally (if not, more) talented, but also other singer-songwriters, sound engineers, and even local tribal leaders.

“Starting out in our journey, as with any other career, was difficult. We had to go through a lot of learning experiences. I'd like to always, always emphasize that it's because of the amazing (and crazily talented) people who help us along the way that we find ourselves in a better place than where we were yesterday,” says Paolo.

Growth from the Bareness of Trees 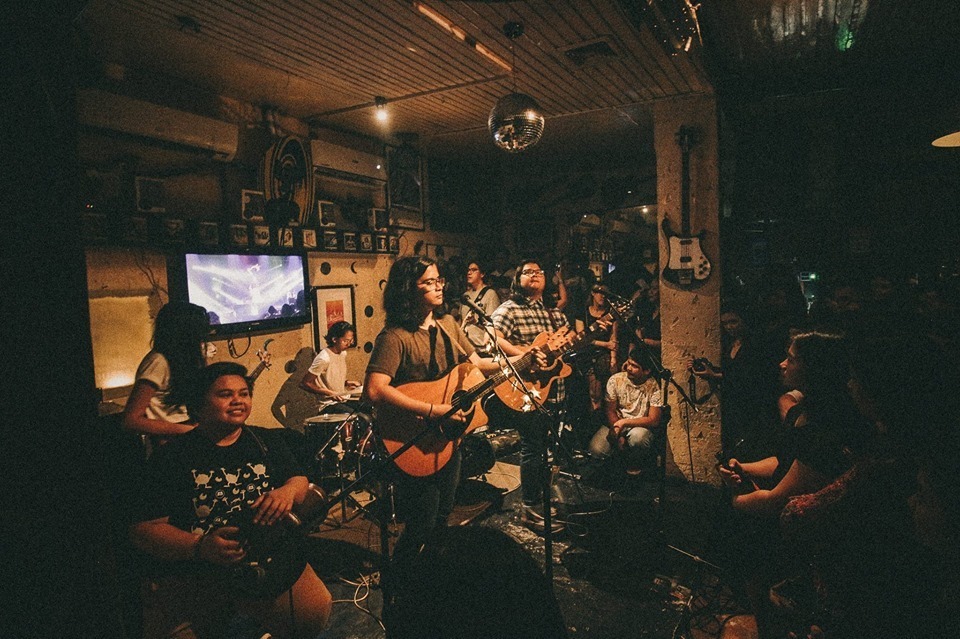 Ben&Ben makes me want to come back to those days when I was carefree. They tell stories of truths that we encounter everyday: the imperfections of life and its freedom, which make life so perfect.”

One of the best things about Ben&Ben is that when they claim that they learn from those they work with, you know that it’s not just lip service. Despite already being obviously gifted (with the EP and the Spotify plays to boot), the artists seem to treat talent as it is: something that can grow, be honed and made even better.

“Before anything else was here, it was already about the music," the brothers say. “We started treading this path because of our love for the craft and our desire to be able to move people's hearts through it. It'll always stay that way.”

It is this perspective that brings about that raw honesty in their songs and makes them relatable. Couple that with sound produced that is so distinct yet worldly at the same time, and the experience is taken on a whole new level. Recorded, their songs become less about them and become so much more about the listener; they become part of their personal soundtrack. Witnessed live, on the other hand, they are no longer songs, but stories for and about everyone. The best part? They’re the stories you’d love to hear over and over again, not because they’re happy stories per se, but because their storytelling becomes better each and every time.

To Become Who They Ought to Know 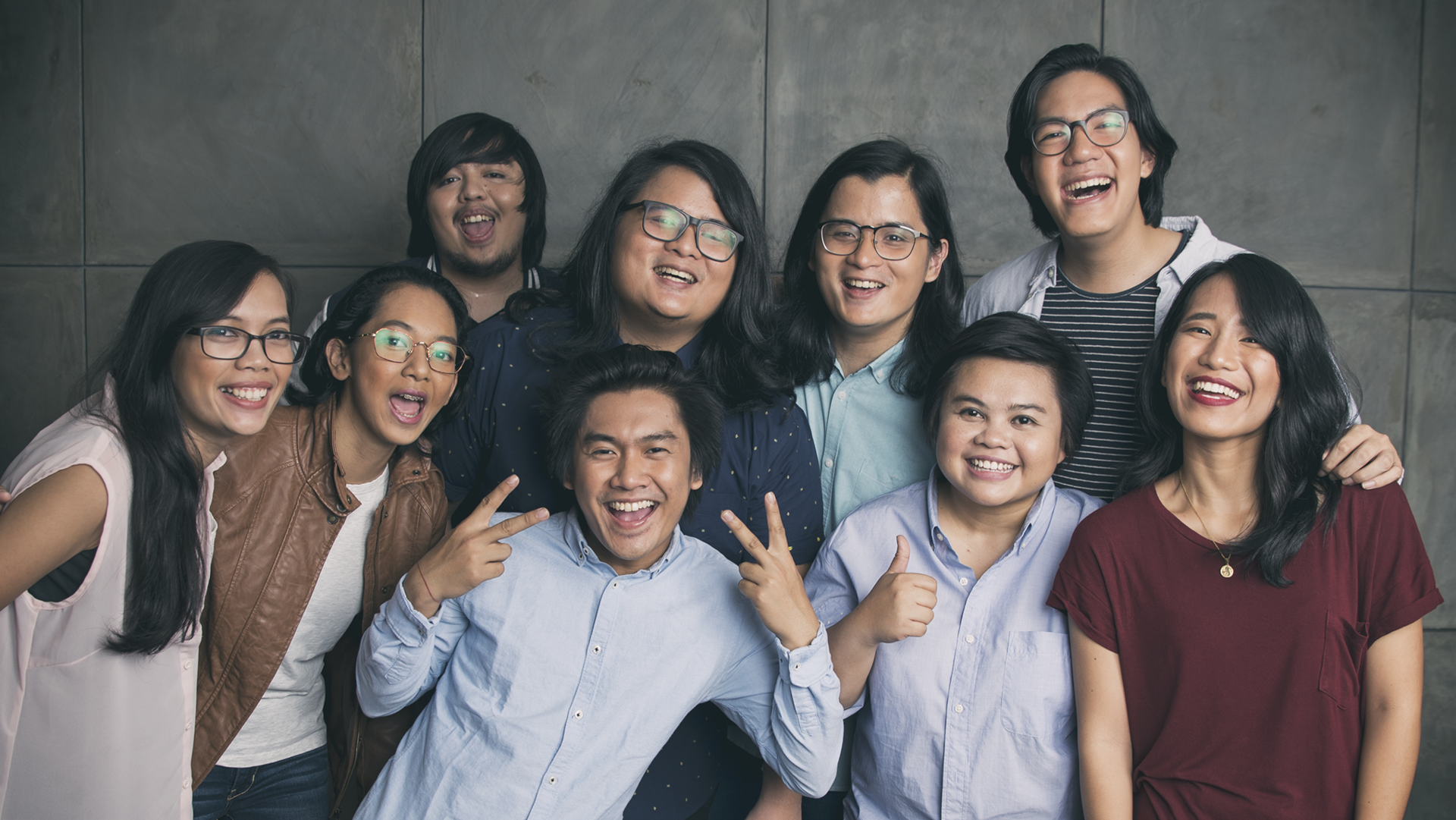 It's rare to find a talent that is capable of turning pure, raw emotions into something that cuts through the soul. What I like about Ben&Ben is the heartfelt earnestness inherent in their songs. There's nakedness to it that is just beautiful beyond words.”

- Ian Urrutia, Vandals on the Wall

There seems to be always a special place in the world for twins. However, the special place Ben&Ben hold in the hearts of many music lovers in the country comes not from the circumstances of their birth, but simply from the fact that what they bring to the table is music so real, it’s magical. We already also know that they thrive in collaborations and grow best when making music with friends. So, inevitably, they became a band. From just Paolo and Miguel, Ben&Ben now also consist of Poch Baretto (electric guitar), Jam Villanueva (drums), Agnes Reoma (bass), Patricia Lasaten (keyboards), Toni Muñoz (percussions), Andrew de Pano (percussions), and Keifer Cabugao (violin).

“One of the things we love is that from the beginning, we found ourselves naturally attuned and comfortable with each other. Each has something great to contribute to the overall sound of the songs,”  Paolo says. “All of [the new members] are excellent musicians, but they're even lovelier people. It's been a crazy ride so far, and we always look forward to bigger and better things.”

The new faces of Ben&Ben, though, are not ultimately new. These musicians have already shared the stage with the twins during their EP launch. At this point, it is interesting to take note that during that night, the glee and pride were also evident on these musicians’ faces. Even during the time when they provided support for the twins, they already played as a whole.

Joy may be infectious, but talent is not. Ben&Ben has proven that the new additions to their act promises more consistency in the sound they produce, especially during live performances. With that permanence comes the opportunity to explore what else they can do and how well they can do it.

And They Carry On 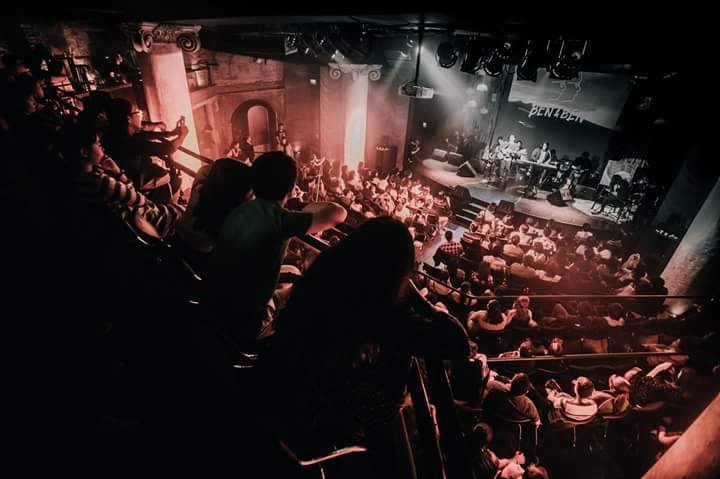 In three months, Ben&Ben will be celebrating the first anniversary of their EP launch. But 2017 still has a lot in store for them. Aside from the many local gigs across the metro that they have, Ben&Ben will also be performing at the maiden edition of Bandwagon Nights to Manila, the same night when and venue where Lucy Rose will be playing. Most exciting of all is their participation in this year’s Music Matters Live in Singapore on September 9 to 13.

“One of the dreams that we put in our band bucket list is to eventually reach out to regional audiences with our music, so being a part of Music Matters still feels surreal for all of us,” they share. “We're definitely honored to have been selected to represent the PH, and we'll give it our all in all the performances.”

However fast-tracked Ben&Ben’s journey might have been so far, though, it seems like they’re in no hurry to get to the end of the road anytime soon.

“Having an album (or an EP, in our case) is like having kids. The best part is seeing it grow, most especially in how people embrace it,” Paolo adds. “It's beautiful, and we'll always treasure these things so much. We've always been clear about our goals for our music, which is to move people in ways they've never been moved before, and to leave something good in their hearts. It's really awesome to see it happening.”

As they wrote in one of their songs, they recognize that fate may be something that one cannot control. But it is always inspiring when individuals who are already given a lot look for ways not just to foster what they have, but also to share and collaborate with others.

Ben&Ben is a prime example of this. What they have created is something entirely their own but, at the same time, a product of the many bridges they have built this past year. And this is why the artistry they bring is definitely more than double of what it’s worth.

Catch Ben&Ben at their sendoff party to Music Matters this Friday, September 1 at Route 196.

The band will also be performing at the first edition of Bandwagon Nights. Bandwagon Nights #1 is happening on September 16 at 19 East. 300 PHP gets you in, but entrance is FREE for all Lucy Rose Manila Cinema Tour 2017 ticket-holders.