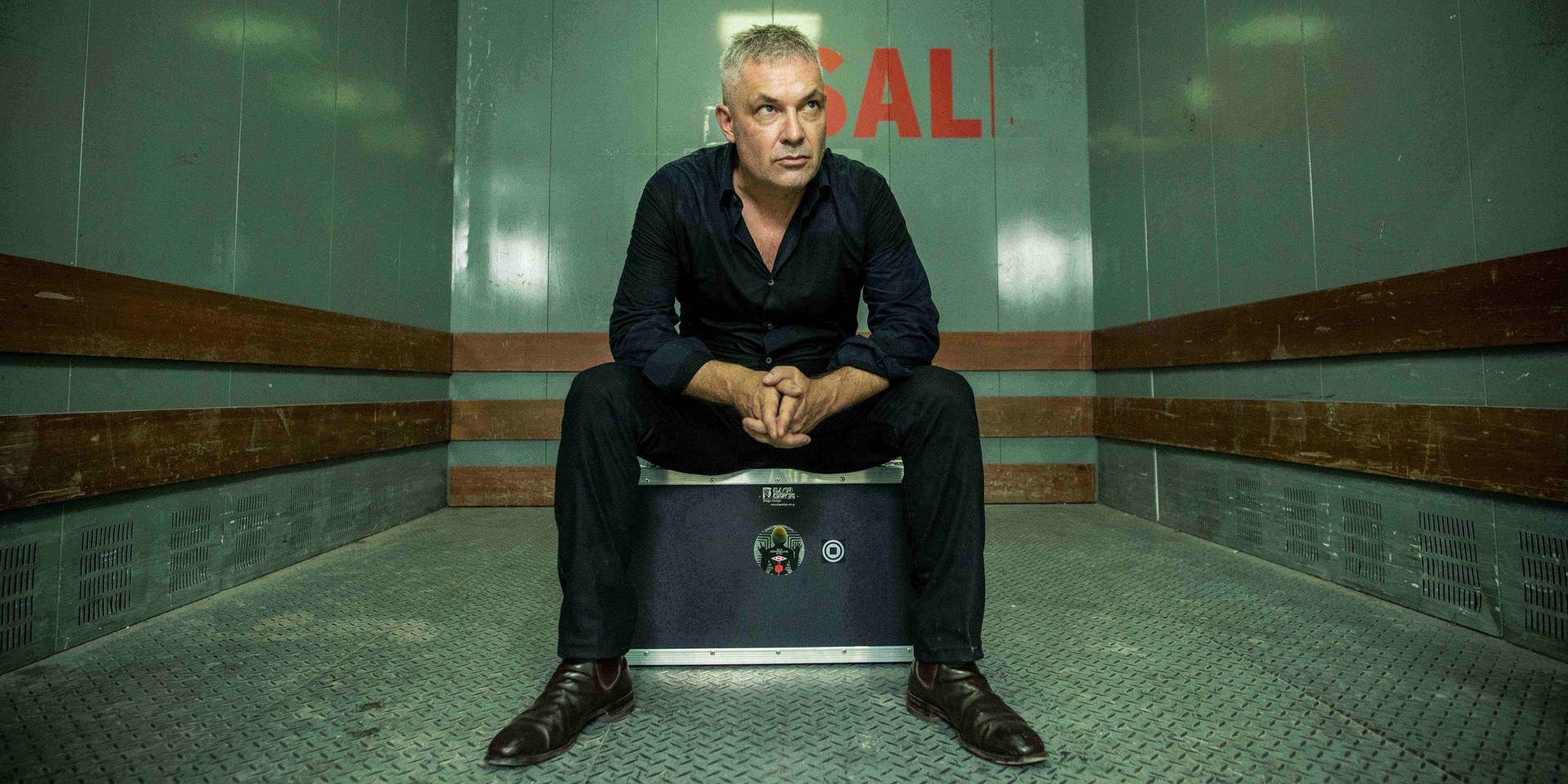 Upon interviewing her, we were also surprised to discover that the album was co-produced by her dad — who just so happened to be renowned veteran musician Marc Heal.

A notable force in underground electronic music since the '80s, when his band Westwon toured with Gary Numan and recorded with Colin Thurston. But of course, most music aficionados will probably better know him as the frontman of trailblazing English industrial band Cubanate in the '90s.

Subsequent years saw Heal's band signed to Chicago-based label Wax Trax!, while Cubanate continued to earn a bigger mainstream following when their acclaimed songs ended up being featured on the soundtrack for hit video games, films, and television shows such as Gran Turismo, Mortal Kombat and The Sopranos.

But after the band's swan song, Interference, in 1998, Heal decided to step away from limelight temporarily in favour of other pursuits behind the scenes.

Spending many years running Fortress Studios in London, working in television and advertising, writing documentaries for the BBC and Sky and penning a novel entitled The Sussex Devils (a book that horror icon Clive Barker has called “heartbreaking and breathtaking”), it's easy to see how the multi-talented Marc Heal kept himself creatively fulfilled during that time.

But naturally, being the consummate musician that he is, Heal reentered the music industry eventually — brimming with ideas.

Most notably, his recent Compound Eye EP collaboration with PIG's post-industrial mastermind Raymond Watts (formerly of industrial metal outfit KMFDM), released in 2015 under his MC Lord Of The Flies alias (a moniker used for his dancefloor endeavours) was a surprising left-turn from his days of seething metallic guitars. That same year, his remix for PIG's 'Found In Filth' also found success as a club favourite.

And just a couple of months ago, Heal finally unveiled his debut solo full-length album in the form of The Hum. Though still enveloped in the hard electronics of his industrial roots, Heal's new record presents us with a huge sonic departure from his Cubanate oeuvre. Described as "lyrically dense, with a darker, more melodic feel", Heal admits that The Hum is probably his most personal album to date.

We caught up with Marc Heal to talk in-depth about the inspiration, process and stories behind his latest release. 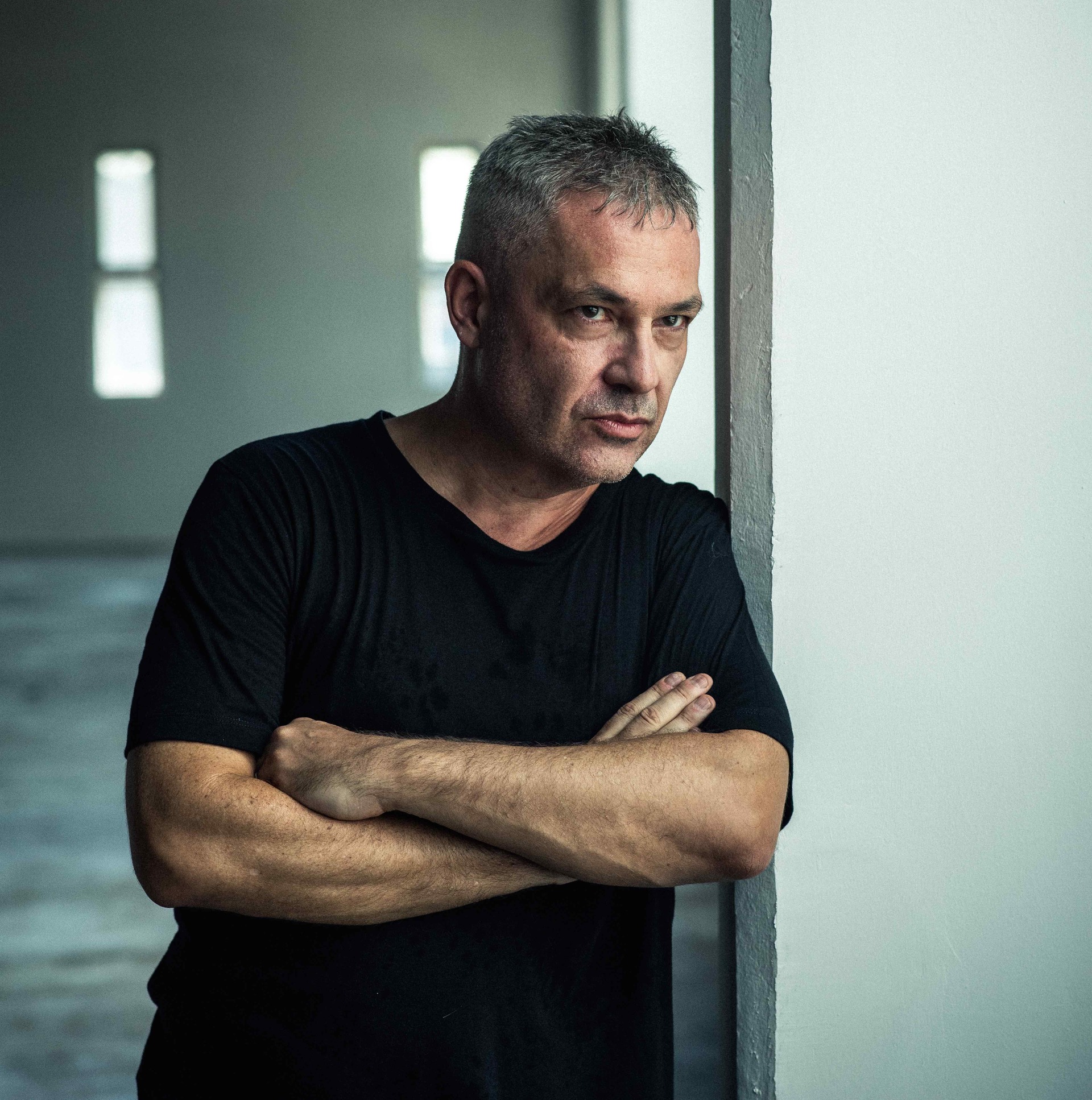 In the 90’s, my band Cubanate made some noise and I made some albums with Jean-Luc DeMeyer from Front 242 and toured with other bands in that scene like Frontline Assembly, Sisters of Mercy, Fear Factory and Gary Numan.

I moved to Singapore in 2013. Early in 2016, I wrote a batch of songs and I decided to make another album. It was a bit crazy because I hadn’t released anything in 16 years and I had never worked solo before. I wanted to make something fresh and yet I didn’t want to pretend to be anything apart from what I am: old and gnarly.

None of my old musical sparring partners were here in Singapore. So I had to re-think the way I did everything. That’s the best time to work — when you’re against the odds. Apart from guitar, I did everything myself. I toyed with the idea of making The Hum a purely electronic album but I decided it needed guitar. I found Benny Ong. He’s a 100% solid, but versatile guitarist. He works like I do — focused, efficient, self-critical. Good sense of humour.

I worked at Lion Studios in the nights and at weekends. It was like a ghost ship, abandoned by its now dead owner, John Herbert. I found Lion a very inspiring setting for the album, despite, or perhaps because of its decay.

The album came out on a UK label called Armalyte Industries. I trust the guys there. The album has had a great reaction. I’m pleased with it. It sounds different. It’s a mix of old and new, Europe and Asia. Just what I wanted.

I also reunited Cubanate for a gig this year. We played the Metro in Chicago in September to a sell out crowd. I might do some solo shows next year and record another album. I look for an electronic/alternative scene in Singapore but it’s hard to find. In some ways I don’t care, I have always done my own thing anyway. But it would be good to work with other people.

This was one of the later tracks to be recorded, when I reverted to a harder sound and stretched the drum programming a bit. Some people think it’s about the events of 1989. It’s not. It’s more about relationships seen through cultural barriers. I thought it would be best to open with a kick-them-in-the-balls song, to prove I could still rock. Benny was on fine form on this one. I wimped out on the snare volume and turned it down, which I regret.

The first song I wrote, about a woman whose husband has left her and the only lyric that’s based in the UK. This was the “template” when I realised that I could create more complexity with a slower tempo. Properly gothic, in the true sense of the word.

After I finished my book, The Sussex Devils, I went to a few meetings of writers groups in Singapore. I was invariably the only man there. Criticising other people’s writing is an odd dynamic, simultaneously intimate and divorced. The experience gave me an idea for a song about a woman writing an apocalyptic novel that predicted the future. As soon as I’d done a demo version Giles at Armalyte said, “That’s the single”. I recommend the video, directed by Gabriel Edvy.

Perhaps the closest I got to my old “industrial” sound on this album. The lyric is a commentary on the mindlessness and anomie of consumerism and the digital existence. I always wanted to use a huge handclap on a song. I took the guitar riff from a found sample and got Benny to replay it.

A criticism of our contemporary obsession with property investment. Everywhere in Singapore I see brochures selling investments of high-rise developments in London – properties that I know no one will ever live in.

A lyric inspired by a visit to a haunted Chinese curiosity shop. I’m not a superstitious person but I do sometimes wonder if buildings absorb energy. This is a complicated, long song that experiments with found sounds.

An attempt at a proper slow song. I can’t really get away with this kind of vocal, but I tried. Not so much about the animal. More about the scars of ageing.

'Johnny Was An Oilman'

I fused together a couple of incidents from real life to create a detective story. The Singaporean police discover a body up in Bukit Timah. It looks like suicide but the narrator knows that the dead man carried a secret that would expose corruption in high places. A tough mix to finish. I tried to polish it up but left it deliberately rough in the end.

A song for my daughter. About the haze. And a general fear for the future. The hardest mix for some reason. I just could not get it right and was on the point of quitting when Jules Seifert, my mastering guy in the UK told me it had potential and to stop being a prima donna. Chastened, I finished it.

I wrote this one in the control room in Lion in about 15 minutes. I do get sentimental about old machinery. It was a tribute to the old mixing desk and instruments that John Herbert had used and loved for so long and that were now breaking and decaying. I realised that I would be the last person to use them.