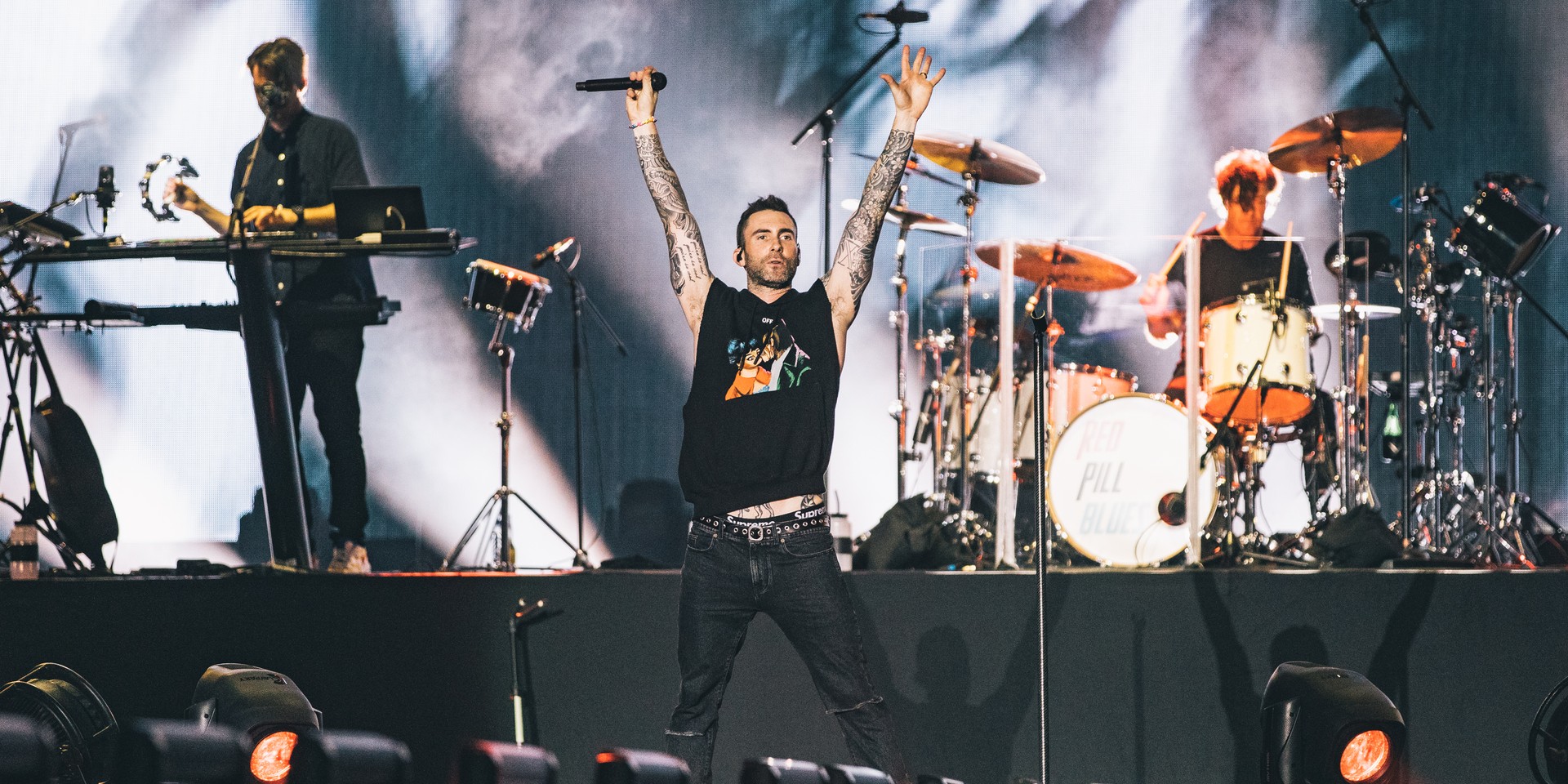 Ask the person next to you if they know who Maroon 5 is and the chances are they probably would. From the Songs About Jane generation to the Red Pill Blues generation, Maroon 5 has accomplished what a lot of musicians strive to achieve: Being relevant to all ages. Helmed by the distinctly nasal-voiced Adam Levine – putting aside Kara’s Flowers – the band has created a mountain of hits over the 17 years and, in turn, built a soundtrack for the lives of its fans.

Credit is given to the members for their master craft in their own individual instruments but it's frontman Levine’s charisma, provocative dance moves and his natural ability to command the stage that made the band’s performance at the National Stadium last week a phenomenal spectacle. 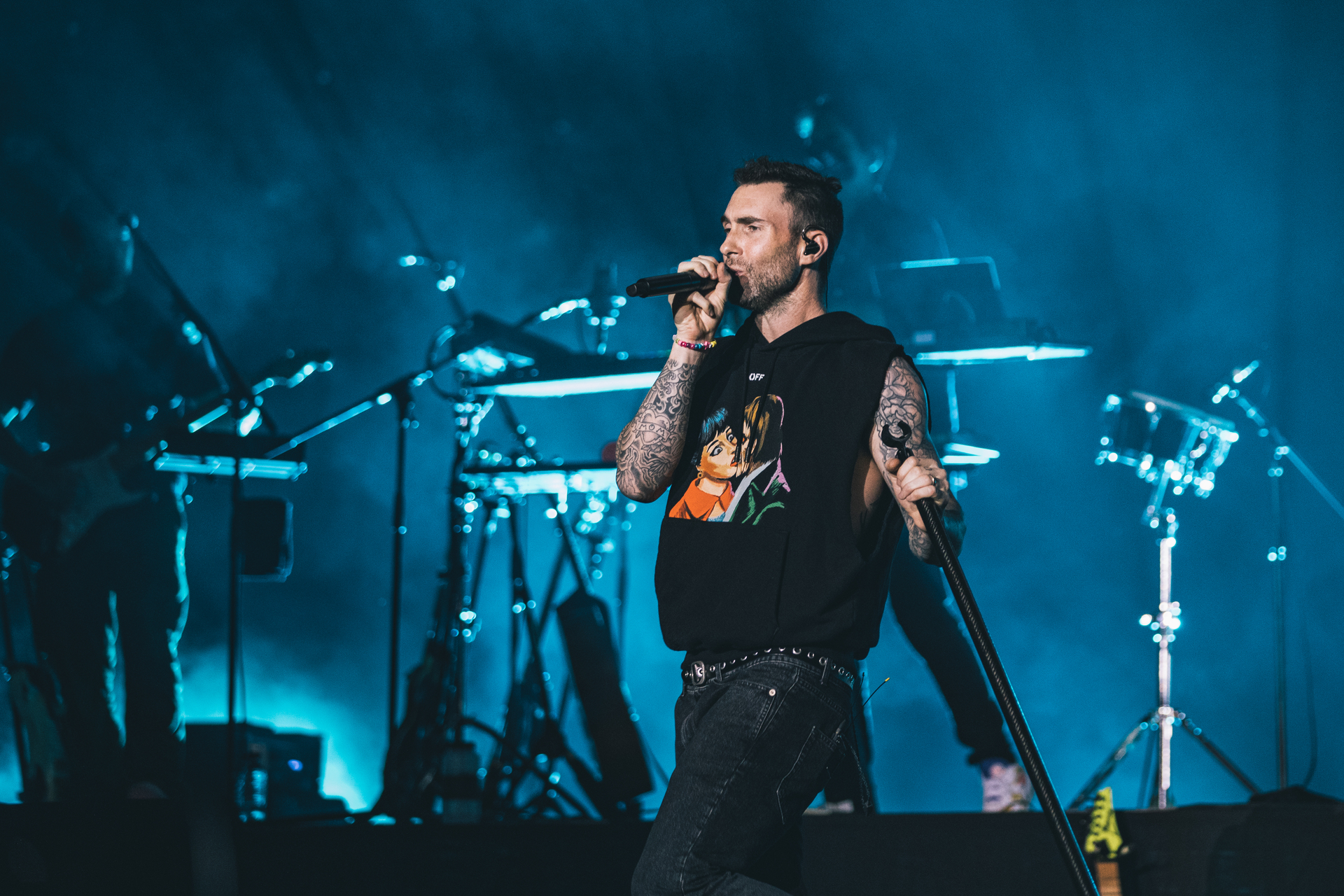 Levine’s commitment to his showmanship conquered every second that night. When he hit that falsetto, everyone lapped it up and when he faltered – as minor as it was – the audience propped him up with screams and flailing hands. He knew that the band had built a legacy of fans who will carry them through the show and he didn’t pull anything back to show his gratitude for them.

The show began with a clip from the opening sequence of the 1985 classic Back To The Future. Everyone in attendance had no clue how it would tie it into the show but nobody really cared. Everyone was transfixed onto the dark stage as figures were moving about, waiting impatiently for the real show to start. 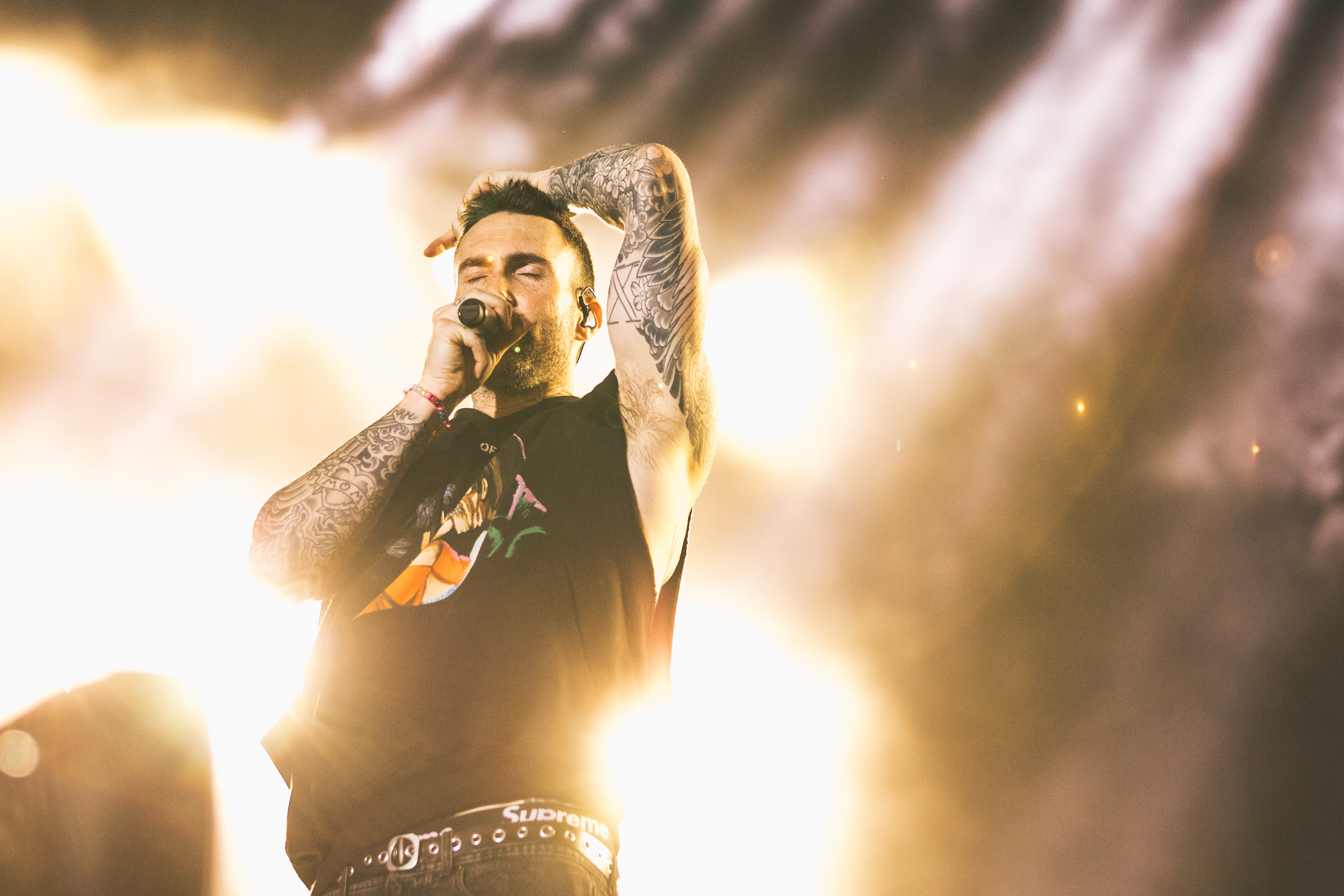 With an explosion of light, Levine bounded onto the stage and was greeted by shrieks and low-pitched cheers with fists and palms in the air. The stage setup included a decently long runway, which he utilised as best it could have been used. Every so often, Levine picked up one of his flashy coloured guitars and boasted his skills as a guitarist. Clean, sharp riffs resounded throughout the cavernous stadium and all eyes were on him.

As the show went on, it was clear that the song selection that night was perfect. Everyone could sing along to every word and every body part in the standing pens was always moving. Certain songs had an accompanying visual projected onto the screen: Animal prints during ‘Animal’, a dark hued background for ‘Cold’, while for others, it was brought to a minimum. 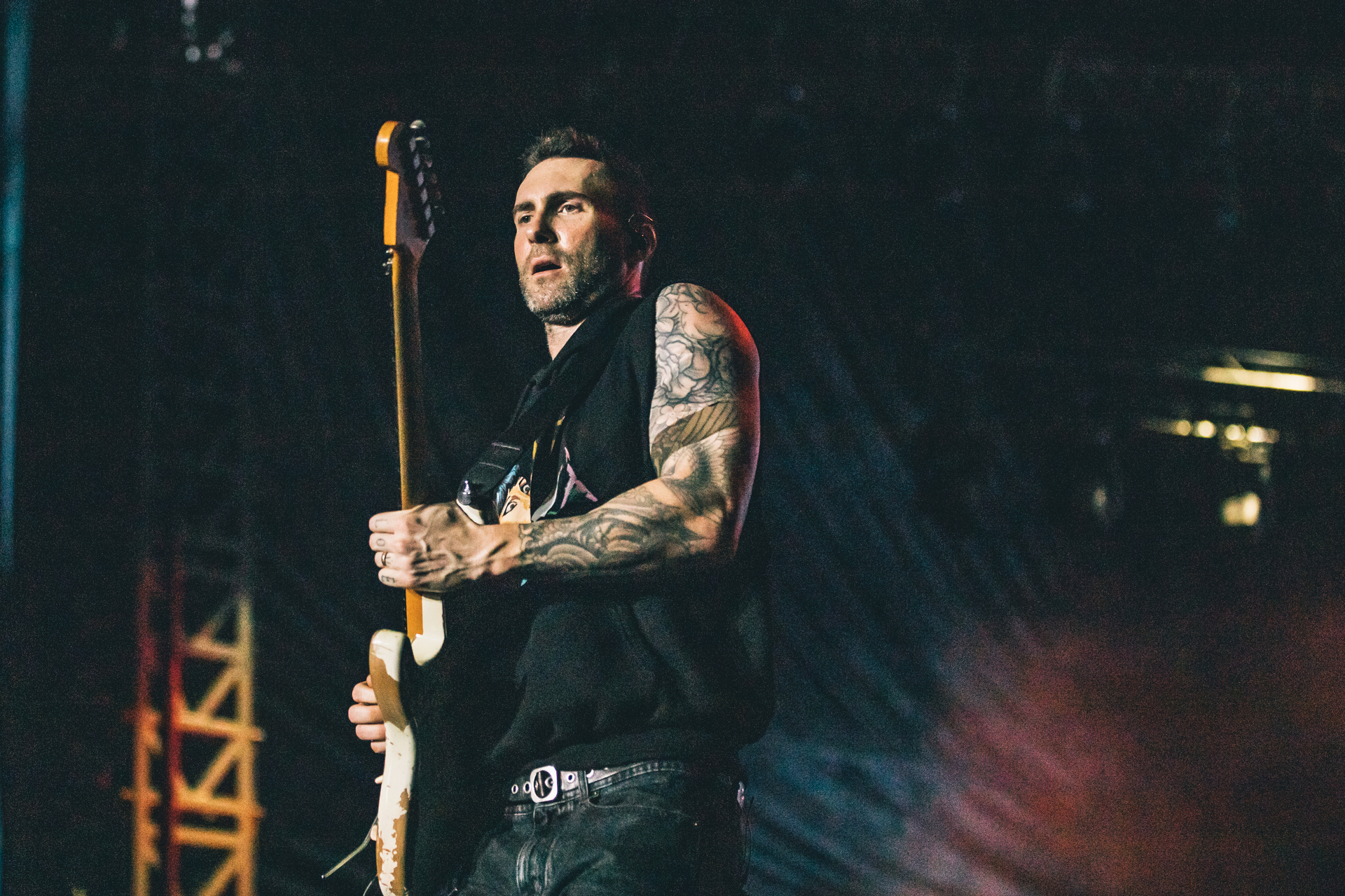 Coming back on stage for the encore, Levine amused the crowd with a mashup of Alphaville's ‘Forever Young’ and ‘Girls Like You’ with the music video playing on the big screens. Of course, the song couldn’t be completed without the majestic Cardi B; sadly, of course, not in person.

With James Valentine on the acoustic guitar for the next two songs, ‘Lost Stars’ and ‘She Will Be Loved’, he serenaded the crowd. You could almost hear that heartfelt, lump-in-the-throat throb but he’s resolute and carried on with as little imperfections as possible.

Closing out the night with ‘Sugar’, the band immediately brought the energy back and got everyone to dance till their last breath. With the concluding note, Levine stood with his band members and bowed to the crowd. All of them were visibly tired and that’s perfectly alright because you know that every one of them went all out that night. Every ounce of energy was spent and left little room for doubt as to why Maroon 5 is one of the best-selling bands in the world. 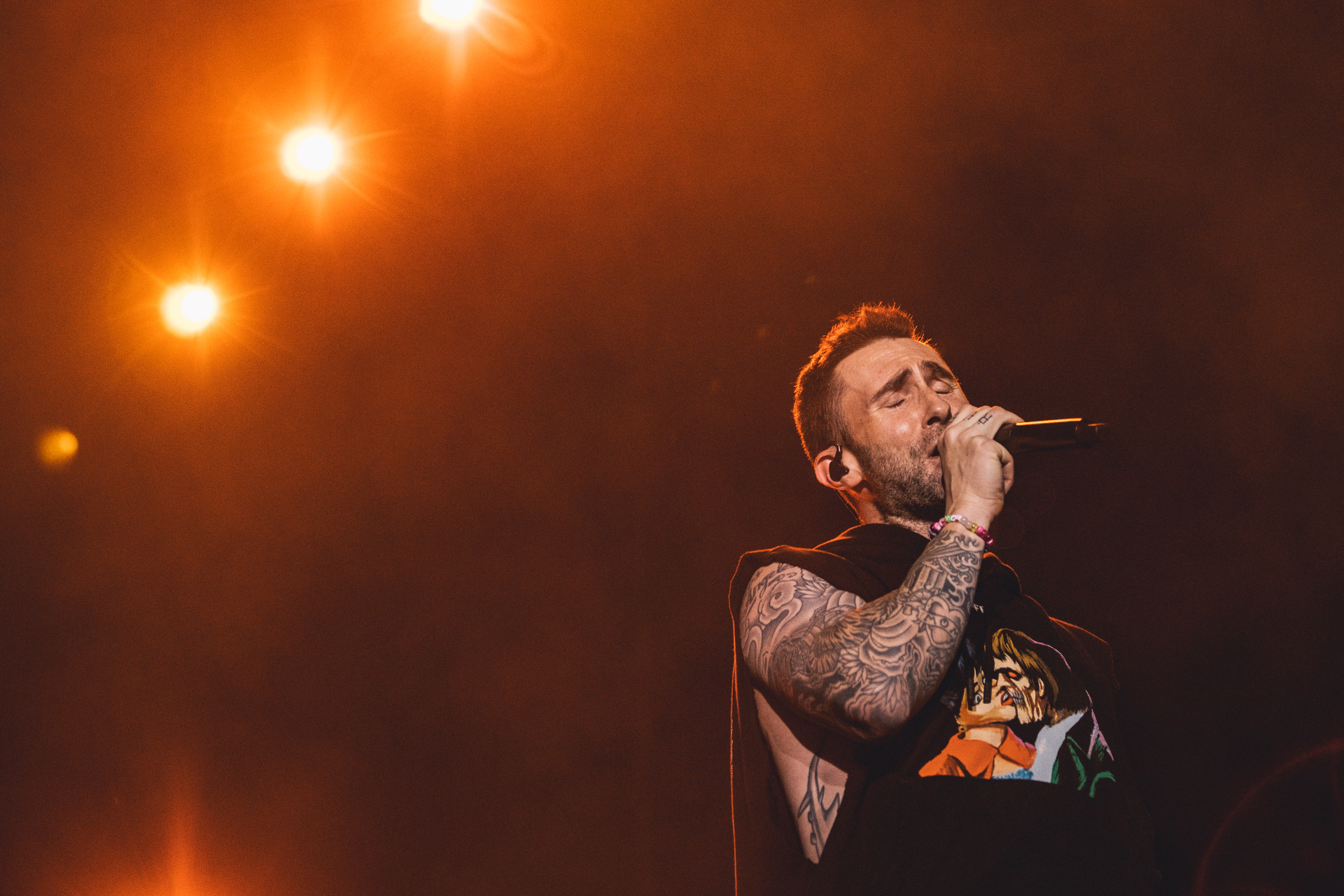 Special thanks to Live Nation Singapore for the invite!