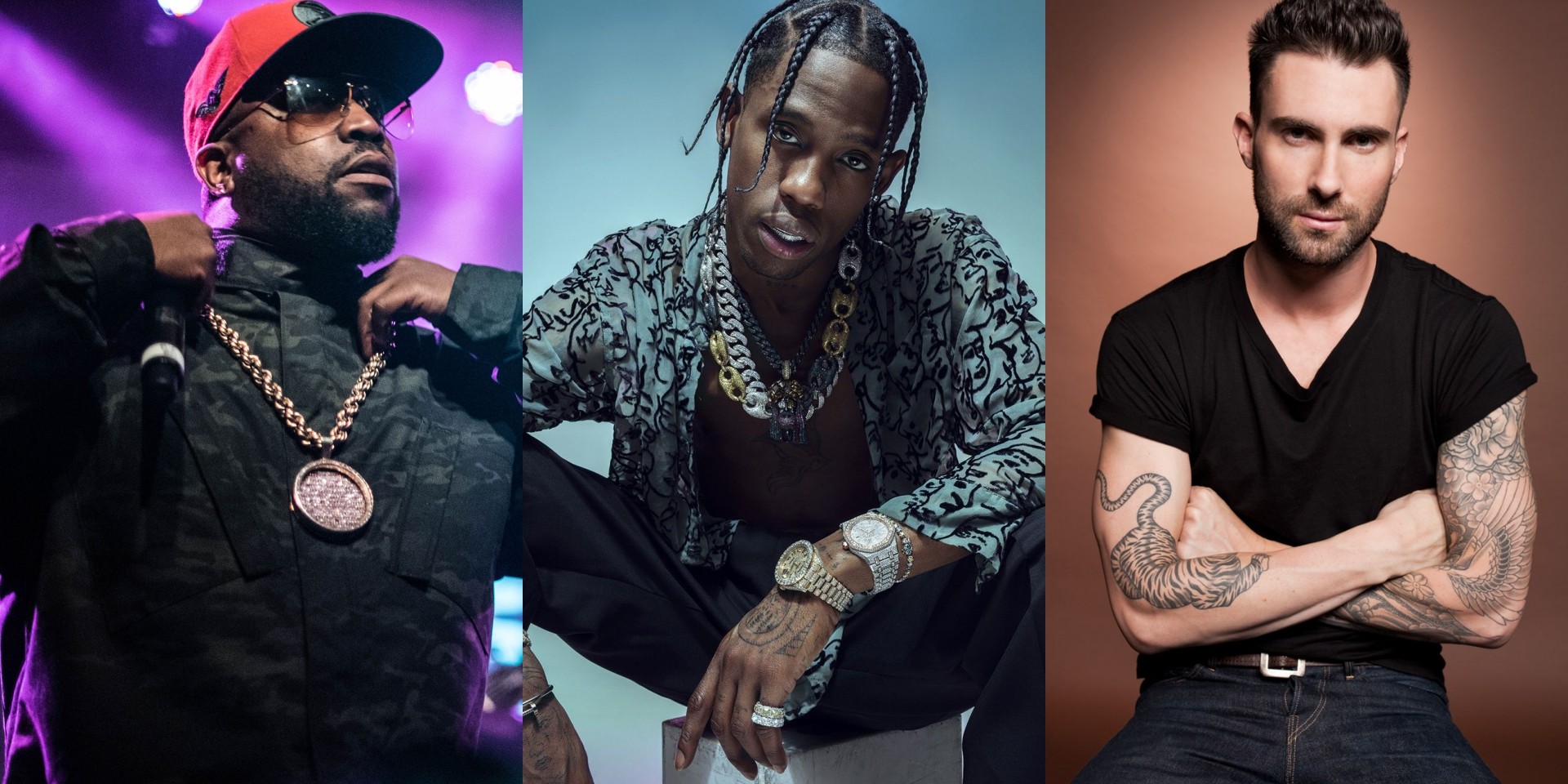 Maroon 5, Travis Scott and Big Boi were all in Atlanta to perform at the Super Bowl LIII Halftime Show. One that was laden with difficulties getting headliners ever since footballer Colin Kaepernick famously took the knee during the National Anthem to peacefully protest police brutality.

However, Maroon 5, which is slated to perform in Singapore in March, delivered a show worthy of its Grammy-winning status. Opening with 'Harder To Breathe' and 'This Love', the band also performed hits such as 'Sugar', 'Moves Like Jagger' and 'Girls Like You', the latter without Cardi B, who made it clear that she will not be participating in the event.

Meanwhile, Travis Scott delivered an epic performance with the most impactful song of 2018, 'Sicko Mode', which was introduced by SpongeBob Squarepants and Squidward (a nod to the show’s infamous Super Bowl episode), and Big Boi showed up dressed to the nines in a huge fur coat and unspooled out the OutKast classic 'The Way You Move'.

Check out the setlist below.

Watch the entire performance below.