It could be taxing doing the same menial job day in and out. Scottish trio Biffy Clyro has been in the business for 19 years and in their second year of the Opposites album tour, but Monday night’s set at the Coliseum portrays an accurate example to the phrase ‘a job isn’t a job if you are having fun’.

Their arrival in Singapore couldn’t be more timely but the weather had better plans for them, a 28 degrees sweltering heat in an outdoors arena. Introducing their entrance with glistening bright lights was a smart touch, but adding on a Scottish war cry only added on to the grand and overwhelming tag I’ve lavished on them.

The trio step onstage bearded and topless, a sight Biffy Clyro fans have been used to. Lead singer Simon Neil croons the opening words to ‘Different People’, tugging at his pants which hangs loose on his waist while letting the reverberation of his Stratocaster dangle around him. The chorus was a different change of shift; anthemic lines, quick loud crashes and finger-knotting riffs collapses the organized crowd, there was to be no such hand-holding for the night. 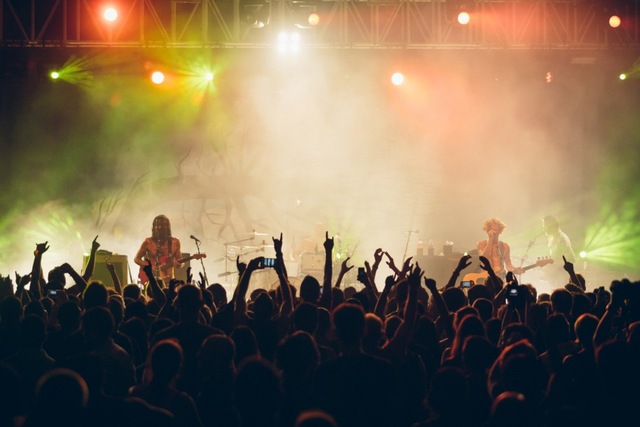 In ‘The Captain’, Neil leads the crowd into a soaring choral-like verse before emptying out his pockets with a raw-sounding vocal presence on the mic. Over the mesmerizing chorus, bassist James Johnston hammers in a thumping livewire of a bass line, while providing the back up bits with his cymbal-smashing twin brother, Ben Johnston.

A week ago, I watched the same tattooed bodied men skip around the stage at the Palais Theater, an odd choice, considering the Palais was a seated venue where ballets from the Bolshoi and the Kirov used to present themselves to upper-class men in suits. Onstage, they went berserk, throwing themselves enthusiastically around the oversized stage and only stopping where the barricade meets. 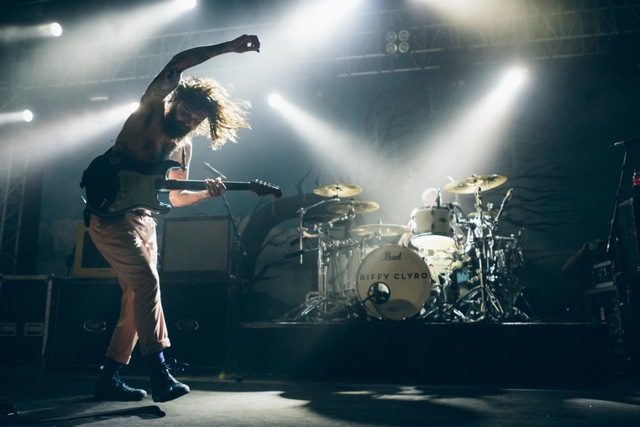 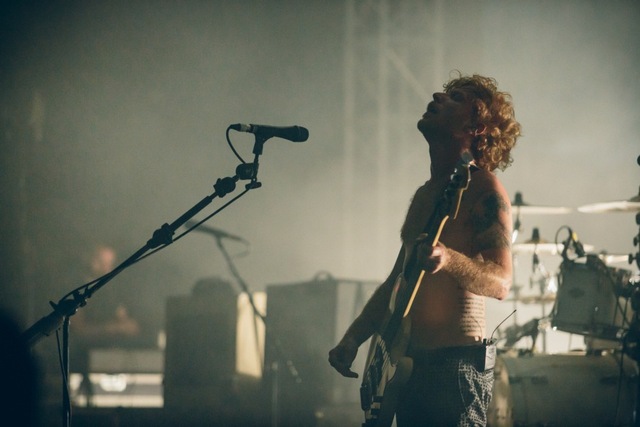 A week after, they play the Coliseum to 500 revelers, about a quarter of them, raucous expats with equally strong Scottish accents. In comparison, they didn’t deviate much from the predeteremined set nor were they disheartened at the deficient crowd accumulating before them, but were equally aggressive in giving the Asian fans a fair crack of the whip, showing off their stockpile of songs, that they have gathered since their first debut album Blackened Sky in 2002.

A chat after the show with Jonny, the engrossed sound guy for Biffy Clyro, revealed that these speculations are indeed true. Few years ago, the band was booked for a show in a 900-standing club in Reno, America, with only 15 people showing up.  The trio who were used to playing festivals weren’t defeated nor discontented, playing the entire set with even more vigor and drive. There was a running joke that night about how they could learn the first names of the people in attendance by the encore, showing their good-natured personality.

Midway through, ‘57’ plays at a noticeably faster speed, as if resurrecting the old classic. And as a track that embodies much heavier emotions and understanding, lyrically and musically wise, the crowd reacts to it passionately, never once dialling back on the noise.

Tracks like ‘Living Is a Problem Because Everyone Dies’ and ‘God and Satan’ acts as a bridge edging both old and newer fans to a common path. But it doesn’t necessarily translate to a selling out. 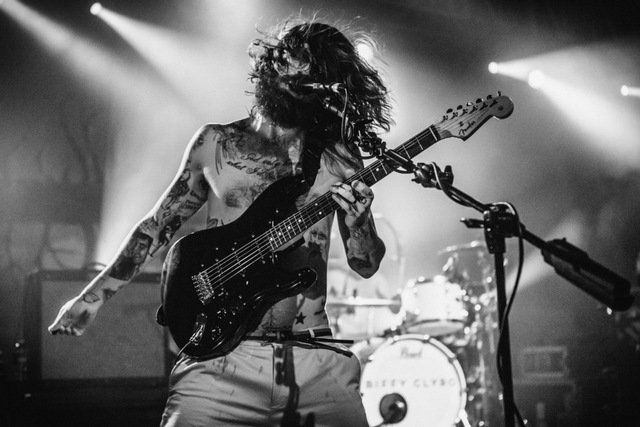 There still remains a familiar theme of pain, struggle and loss running through but matched with a more composed vocal performance from Neil and a distinct and mature style of playing, tracks off Opposites show a more pronounced sound that will soon to be a Biffy Clyro signature that fans can both connect and relate to effortlessly.

Following strong disagreement over the end of the set, the audience insisted on an encore to end the night on an even classier note. What follows is Neil conceding and reentering the fray with his acoustic guitar slung across his sweat-less body.

As the last words of ‘Mountains’ were mouthed, a soaked Simon Neil looks up from behind his guitar, exhausted but yet jubilant. Even though their day starts at different parts of the world, their nights end with a consistent two thumbs up. It is no wonder they haven’t stopped dabbling in music, they can’t and they shouldn’t.