Thinking about the amount of hip-hop personalities that have visited Singapore in the past few years, I can only name a handful at the top of my head: there was the ambitious Big Wig Festival in 2012 that featured hip-hop legends Pharoahe Monch and The Pharcyde (who will also be playing in Singapore this Friday), psychedelic experimentalists Shabazz Palaces, Wu-Tang icons Raekwon with Ghostface Killah, a pre-MBDTF Kanye West, Jurassic 5 and...uh, Mos Def (not really, he didn't even show up).

It's a wonder why hip-hop hasn't made the live music impact in Singapore it should have made ever since Eminem ruled the charts in 2000. It took years for rock and heavy metal to be accepted in Singapore, even then, bands veering towards the extreme get restricted here — black metal bands Mayhem and Marduk were slapped with age limits while Inquisition were outrightly banned (in 2012, no less).

So what's going on with hip-hop?

There have been acts like Kendrick Lamar and Public Enemy who visited neighbouring Asian countries while Laneway in Australia has enjoyed a growing influx of rappers into their yearly lineup, so why are we missing out on the action? Could it be that the explicit content of certain artists are still deemed forbidden by MDA standards? Or do promoters feel most rappers still do not have enough power to warrant a sizeable and, obviously, profitable crowd?

Whatever the reason may be, let's hope what MTV did recently in Manila may just open up things for us.

We've written about MTV Music Evolution before. A new festival initiative by the television giant, it aims to demonstrate and even educate fans about the different kinds of music we unwaveringly blast through open windows or spin at house parties. With this first instalment, they go headstrong into hip-hop — currently one of music's strongest genres, also recently addressed by research scientists as the biggest musical revolution of the half-century.

That may be tough to confront after watching what hip-hop rascals Migos have put out but it is quite amazing to see its progress, from the radical Kraftwerk-inspired stylings of 'Planet Rock' to a song like Kanye West's 'Runaway', for example. Hip-hop has grown exponentially and there's a huge variety of personalities with creative records you can plug yourself into. "Rockists" won't have any ground accusing hip-hop of one-dimensionality when there are already records being put out that are universally loved (the recent Kendrick Lamar album To Pimp a Butterfly, for example) or when they actually realize their favorite AC/DC or Motorhead records aren't exactly lyrically or musically innovational either.

In MTV Music Evolution, a line-up was carefully constructed to represent some of the best of what the genre can offer — an acclaimed band from yesteryear, a modern marvel, along with some local representation to round it all up. Being in the Philippines, where a thriving hip-hop scene awaits, the festival hosted two of the country's most celebrated rappers: the veteran Gloc-9 and rising fresh face Abra.

Black Eyed Peas member apl.de.ap had the distinct pleasure of representing both his native Philippines and his current home in the United States, while West Coast rapper YG, turntablist DJ Cash Money and East Coast group Naughty by Nature injected some international flavour with headlining sets. Here's what happened. 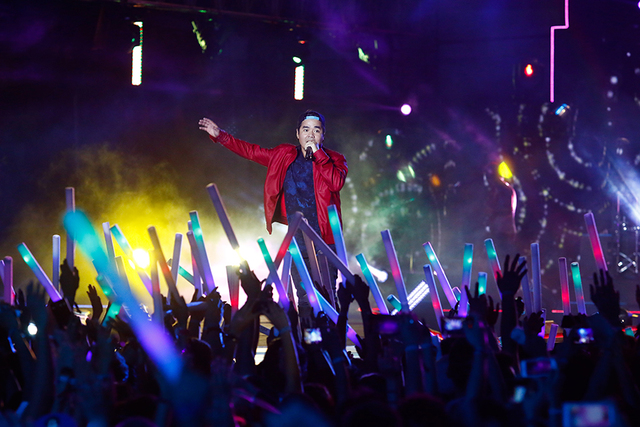 What's In A Name: Identifying himself after the infamous pistol, Gloc-9 spits bars like a machine-gun discharges bullets — with rapid precision and maximum impact. Sadly I don't know much Tagalog but judging from the wild reactions from the young crowd, it's obvious he hasn't lost touch with the new generation (which is a rare thing).

Electric Backing: While many rappers still rely on a single DJ or backing tracks in a live show, having the full backing of a live band can't be beat and it added to Gloc-9's performance tremendously.

What's In A Name (pt. 2): Gloc-9's real name is Aristotle and like the Greek philosopher's contributions to various fields, Gloc-9 has been a lasting influential figure in the country's hip-hop scene. 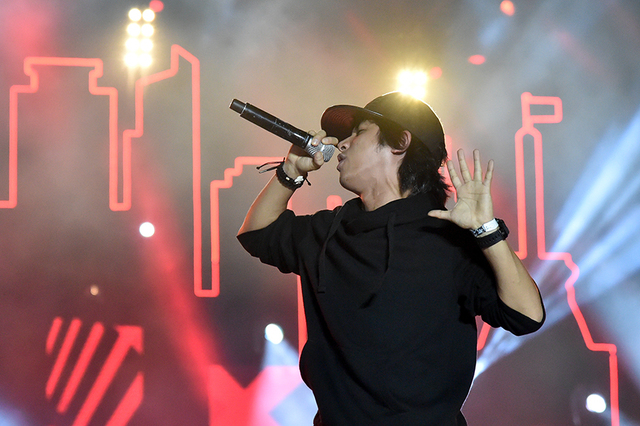 Stayin' Together For The Kids: Being just shy of 25 years old and still embodying physical traces of adolescence, Abra surprisingly drew the loudest cheers from the crowd.

Love Potion: His single 'Gayuma' has garnered over 30 million views.

Multi-Love: Abra, being part of a new generation of rappers, embraces both Tagalog and English equally, switching between languages so effortlessly during songs, which could strengthen his chances of reaching an audience beyond the Philippines. Watch out for him. 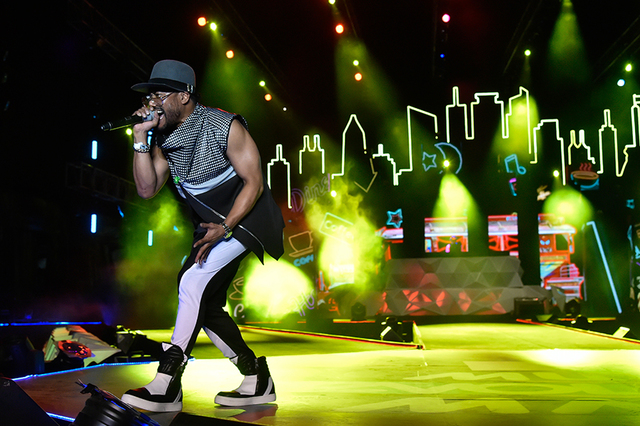 Let's Get It Started: apl.de.ap wasted no time with his set, putting out a concise mix of solo hits along with a few Black Eyed Peas favorites (the latter obviously, and effortlessly, won the crowd over).

Next-gen: The Filipino-American rapper is a known tech nut just like bandmate will.i.am., as exemplified in a profile written by Cult of Mac. 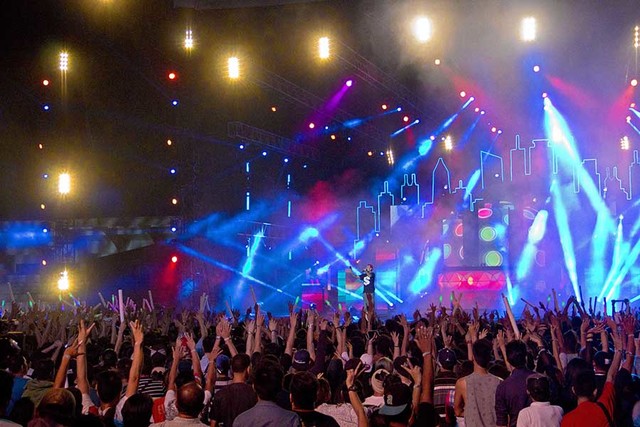 Bemusement: The respected turntablist has no relations to Cash Money Records, the celebrated but troubled hip-hop label.

Accomplishment: DJ Cash Money was the first ever inductee into the DJ Hall of Fame by Technics in 1998.

Astonishment: Named after an old phrase in street basketball culture, the man revealed in the festival's press conference that he's surprised and disappointed by the reliance of "sync buttons" by modern DJs, claiming that DJ'ing from his era requires more skill than just a press of a button to seamlessly play songs. 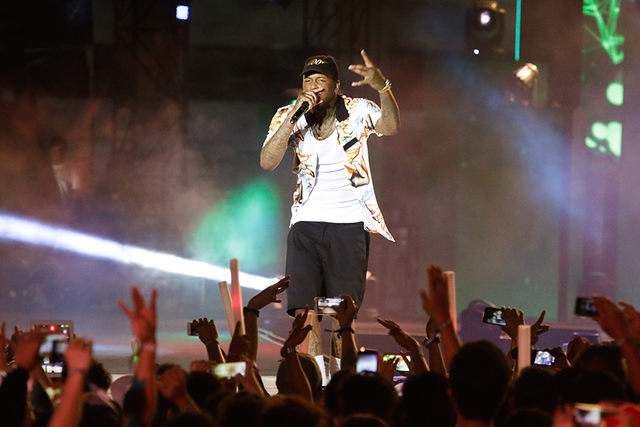 His Krazy Life: Flying over to Manila on a 15-hour flight from Los Angeles, YG is part of a new breed of rappers hailing from the West Coast, resurrecting the epicurean and fun-loving vibes of the old while adding in brand new elements which has resulted in legions of fans in the US.

'I Just Wanna Party': YG wanted to make sure the crowd was at ease with him and his crew and get "turned up", even if it meant pointing out girls in the crowd to throw bras and panties onstage.

Left, Right: Unleashing a respectable amount of hits that bode well with the crowd, this is only just the initial footsteps of YG's worldwide path to fame. 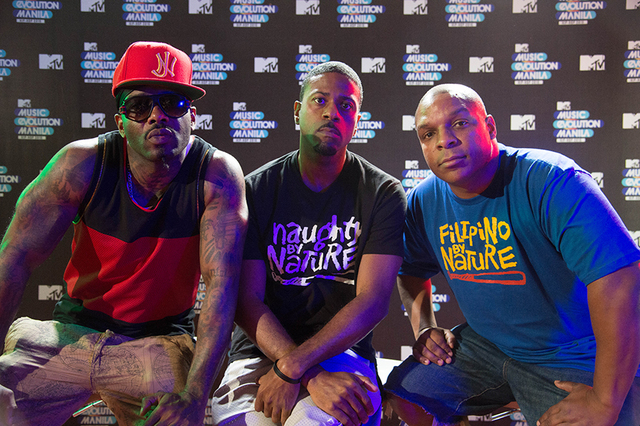 Yeah You Know Me: Strutting onstage like hardened professionals, the trio are at a place where they have no plans of putting out new songs — just touring around the world, sharing the love of their hits with their fans.

Hip Hop Hooray: Not only did they play their recognized singles but DJ Kay Gee, the turntablist and crate digger of the group, spun one hip-hop classic after another. We were jumping to 'Scenario' by A Tribe Called Quest before chanting along to 'Party Up (Up in Here)' by DMX. No kidding, you had to be there if you love yourself some old school hip-hop.

Hip Hop Hooray (pt. 2): With their career-defining hit 'Hip Hop Hooray', a celebration of all things hip-hop, things came full circle when all the festival performers came onstage to chant along the famous lines with the New York trio, surrounded by confetti and deliriously happy fans.