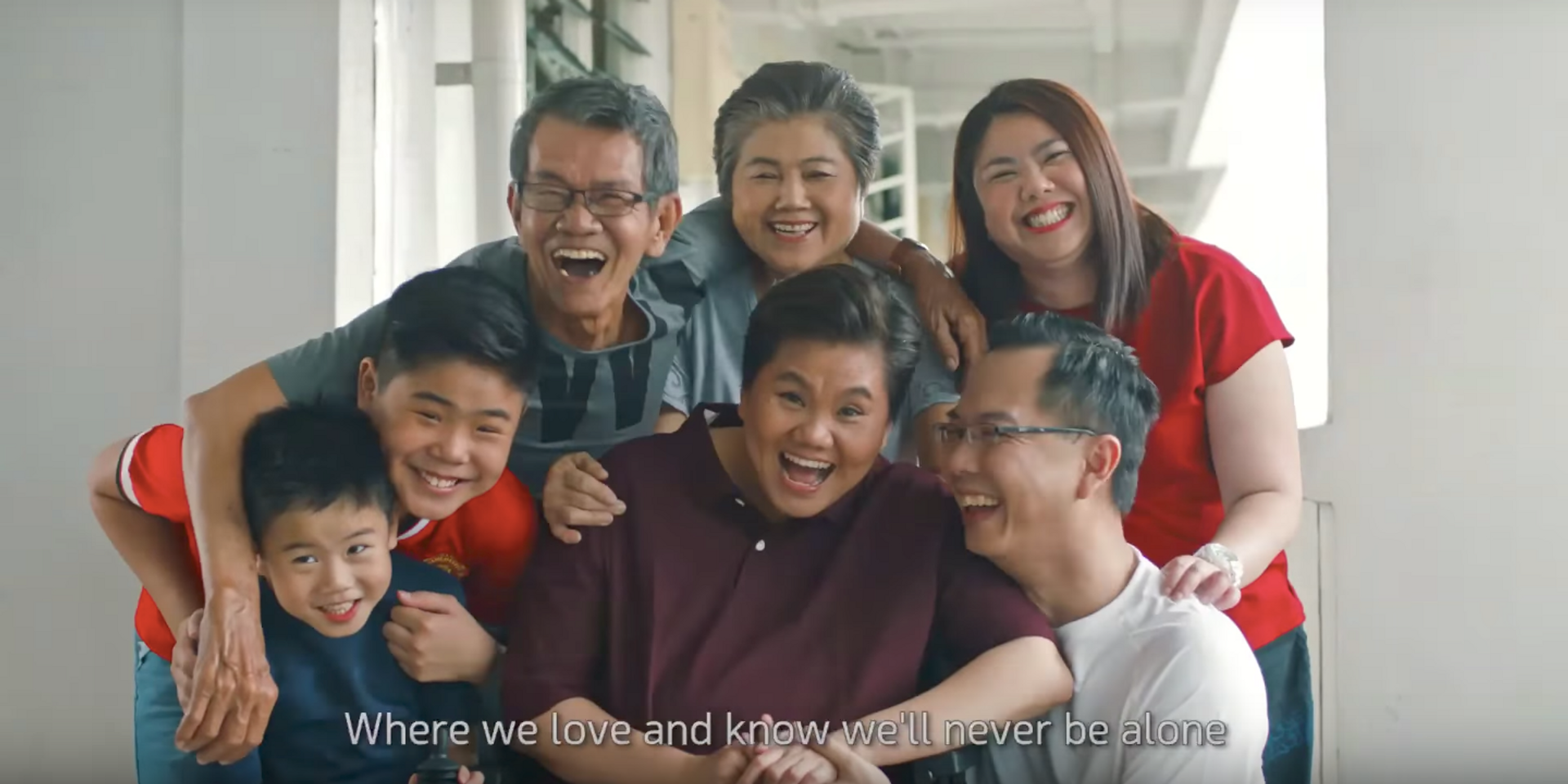 Imagine that you had just been asked to be part of the songwriting team for NDP 2017. You know that Singaporeans have been clamouring for a worthy addition to the unofficial canon of Singaporean songs, one that can stand up in popularity and appeal to ‘Home’ and ‘Count on me Singapore’.

You accept the job, for whatever reason. You are now tasked with writing and/or arranging something that can appeal to, and represent the lives of 4 million Singaporean citizens — or at least, the majority of those 4 million. You are aware of the common criticisms of songs from the past decade. You are also aware of the hostile reception some songs have received, for taking the cheese to unbearable levels.

You also have to align your song, sonically and lyrically, to the #OneNationTogether NDP theme and the image of Singapore that the powers that be want to project, or you will never garner the approval of the NDP committee.

What are your options?

If one goes by public criticism, you’d have to write a song that breaks the mold of older NDP songs, but somehow still be catchy enough to maintain universal appeal. While still radiating positivity musically and lyrically, it cannot be too sentimental and slow — lest you lose the young people — or too upbeat and hip because the older generation won't like it.

Your song cannot rely on clever arrangement alone, or it cannot be transplanted into other contexts and instrumentation without losing its luster. You also cannot rely on gimmicks like rapping or wordless vocals, because those have been shot down as "trying too hard". It must instead have a strong, simple, memorable melody, because anything that’s too complicated is not suitable for community singing — which is a trait common to the older NDP songs you’re trying to avoid emulating, creating an absurd irreconcilable scenario. 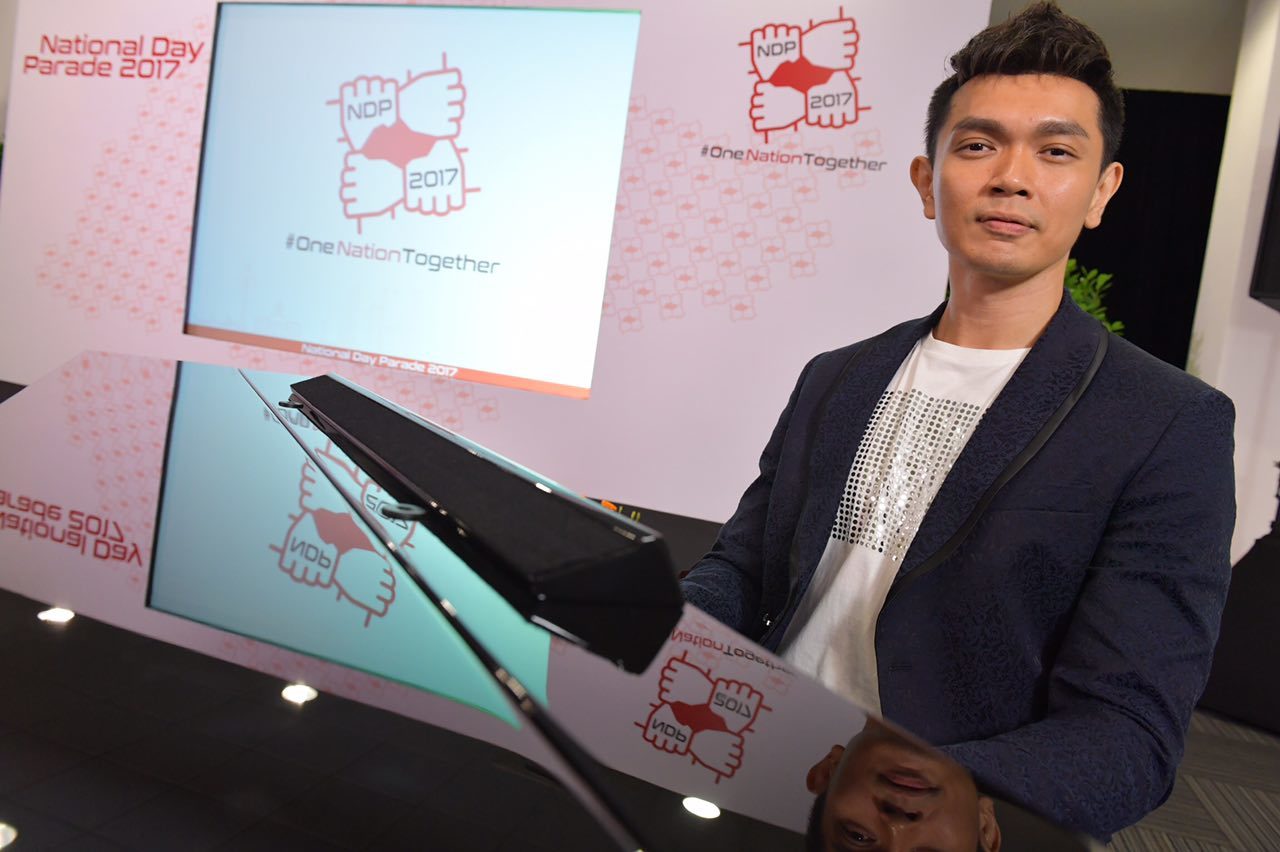 Photo by: Desmond Foo from The Straits Times

There’s not much that can be said about this year’s National Day song, ‘Because It’s Singapore!', that hasn’t been expressed online in some form or another. Social media users cringed collectively upon hearing it, some sharing it as a joke. mrbrown centered an entire skit around it. Mothership did up one of their lists on why they think it’s terrible, and Straits Times editorial has been published questioning the value of NDP songs, continuing a conversation that began, at least, five years ago.

To summarise, the song has been panned for its saccharine, diabetes-inducing lyrics — "build our dreams", "living in harmony" where "everyone is friend, family and neighbour", "one nation undivided", etc. It is literally a compilation of government rhetoric and buzzwords, regurgitated in lyrical form.

In contrast, the music and arrangement are both relatively inoffensive; it’s functional, but bland, which is a point of criticism for a song that, by consensus, is supposed to rouse the hearts of citizens nationwide.

It’s generic ballad stuff — you have the pianos so it sounds lush and then, slowly, the synths join in so the music gets denser. There’s progression, and everything builds up to the epic finale... that isn’t really all that epic. The climax, the payoff, never really comes about. If there are changes in dynamics anywhere in the song, they aren’t immediately detectable. It lacks oomph. It’s generic, it’s boring, it’s flat.

It’s not to say that other NDP songs (Wikipedia calls them "patriotic songs"), even the beloved ones of yesterday, are not guilty of this same charge, but certainly not to this degree. The lyrics of early 2000s NDP songs were at least more tasteful, or scatter their buzzwords more evenly throughout the song. Arrangements have toyed with the rock band setup but they have largely been more run-of-the-mill stuff with mild points of differentiation between them — and, at least, isn’t the musical equivalent of a wallpaper.

What it comes down to is a sense of inauthenticity, of being manufactured. The theme of NDP is #OneNationTogether, which is purported to be "a call-to-action for all Singaporeans to take pride in our achievements, and to be confident in our collective future as we overcome all odds together".

The lyrics talk about how "Nothing in this world compares" to "our Singaporean life", because it reminds us of our achievements and how great it is living in Singapore. The lyrics talk about how "Together we'll brave the heat, the cold, the storms", "Together we'll grow this land that we call home", because we’re supposed to take charge of our future and overcome odds. It’s a 1:1 relation.

And there are the buzzwords; if you took the music away, you get what could easily double as a rambling politician’s rallying cry, right down to the parallelism. The song tells us how great and harmonious Singapore is, and how life should go from here. It does not evoke.

The blandness of the music can also be explained by way of simply being engineered for maximum appeal. It’s the Nickelback syndrome — it’s what happens when you distil all the tropes of a certain music style down into a single formula.

mrbrown on this year's NDP song.

Is there anything that could’ve been done though? In the scenario laid out earlier on, you can see how the songwriter(s) has his hands tied. It’s purely speculative, but it’s not too much of a stretch to see things unfolding that way.

Over the past decade or so, NDP songs have been the target of intense shelling, from people of all ages. NDP 2011 and 2012 songs 'In a Heartbeat' and 'Love At First Sight' are apparently too sentimental and too much like love songs as opposed to patriotic songs. Electrico’s 2009 rock band outing was polarising at best. 2013’s 'One Singapore' was terrible enough that it may have single-handedly caused the NDP committee to axe the idea of a song the following year.

'Our Singapore', performed by JJ Lin in 2015, was well received but was said to be unsuitable for sing-alongs due to its (relatively) rapid-fire lyrics and tempo. The same can be said of 53A’s 'Tomorrow’s Here Today' in 2016, with the added issue of the song’s late 00s indie-pop styling supposedly being unappealing to the older demographic.

Above all that, there are the calls for songs to be more creative and daring, and on the opposite side there are also voices yearning for the anthemic choruses of yesteryear and for strong melody-focused songs that can be easily rearranged so they can be performed more frequently.

Of course, the NDP committee and the government want something that appeals to as many people as possible. Why wouldn’t they? Every culture has its folk songs that tell the story of its people, Singapore is trying to create its own — albeit without the "folk". NDP songs are after all, according to the Straits Times headline, part of a "tradition".

"The tenor of the lyrics — and the recurring idea of a united Singapore that we all are a part of — is for all intents and purposes the same then as it is now. ‘We Are Singapore’, or virtually any NDP song pre-'Home', is a more severe offender in blatant unchecked rhetoric and pandering to patriotism.

But if so, why are they overlooked by the masses, while ‘Because of Singapore!’ gets savaged?"

They would want the song and its lyrics to be hopeful and inspiring; to promote unity and harmonious, friendly living. Because Singapore is a "hopeful, inspiring place" and a "united, harmonious and friendly place". Or maybe they just want to project the image of Singapore as all of this.

But they also want you to try a new approach if possible — after all, the charge of being generic and boring has been thrown around a lot the past few years. And new approaches have generally been ill-received, as mentioned before.

Let’s recap what the songwriter has to do. Based on past criticism and your employer’s demands, it is now clear that a simple melody is preferred so people can sing along easily, and that something not so mopey and sentimental should be on the cards, without resorting to the other extreme of being too upbeat. The music should also be anthemic and uplifting.

You are now faced with the challenge of writing something that’s daring and non-formulaic, as demanded by the masses, while still adhering to all these requirements.

So you pick up your pen and start writing. Your creativity is suppressed by these limitations. There are only so many choices you can make as an artist. You’re now manufacturing a product according to the demands of consumers.

NDP 2017’s songwriters had to contend with a stricter set of requirements from the general public than before, what with the years of criticism. It’s a tall order. It’s nearly impossible to reconcile creativity with being formulaic, not with overwhelming expectations. Maybe the four young men from Liverpool in the 60s could’ve pulled it off, but it’s an unfair comparison. Someone will find fault with what you have done, be it being uncreative or not, being similar to older songs.

My take? ‘Because Of Singapore!’ is one of the weaker NDP songs that have been released, but it isn’t exactly terrible either — not if you judge it by the yardstick set by the older set of NDP songs ('Home', 'Count On Me Singapore', 'We Are Singapore', 'One People One Nation', 'Stand Up for Singapore') or even by some of the newer ones from the 2000s (Where I Belong, We Will Get There).

The tenor of the lyrics — and the recurring idea of a united Singapore that we all are a part of — is for all intents and purposes the same then as it is now. ‘We Are Singapore’, or virtually any NDP song pre-'Home', is a more severe offender in blatant unchecked rhetoric and pandering to patriotism. But if so, why are they overlooked by the masses, while ‘Because of Singapore!’ gets savaged?

They were blatant, shameless, unbridled, displays of patriotism, projecting what the powers that be deem to be an appropriate display of Singapore. They are the equivalent of Rule Britannia except with the nuance and poetic lyricism replaced by our unique cringe culture. The melodies had a sense of bombast about them, they screamed for your attention.

'Home' changed that. 'Home' was quiet and brooding, and relied on a sense of elevation than on loud declarations. It was a pop song, essentially. The early 2000s served as the transition between the two styles of music as the choruses of NDP songs still retained their blaring sing-along qualities and the lyrics emphasising the larger Singaporean community.

But soon after, the songs started to become less shameless and blatant, both sonically and lyrically. They became full-fledged pop songs. We can only speculate why; maybe the NDP committee realised that patriotic songs are no longer effective rallying cries to a new generation of higher educated Singaporeans, maybe they wanted to be more hip and cool to appeal to the apathetic disenfranchised youth.

We have natural expectations of our pop songs. Responding to calls that NDP songs should be similar to the older patriotic songs, while mired in the pop trend of the past decade and trying to appeal to youth too, ‘Because of Singapore!’ tried to straddle the two in an attempt to please everyone. The result is a Frankenstein monster that succeeds at neither. It is a victim of its own expectations.

What happens now? Probably nothing. NDP 2018’s songwriters will try to learn from the poor reception of ‘Because of Singapore!’ and will probably be entrenched even deeper in interlocking expectations and irreconcilable demands. They will have to choose between nostalgia or risk alienating more people by making sonically interesting decisions, in an attempt to manufacture a folk song for Singapore that conforms to the Singapore story. Either way, a sizeable number of people will be upset.

The Observatory wrote 'August is the cruellest':