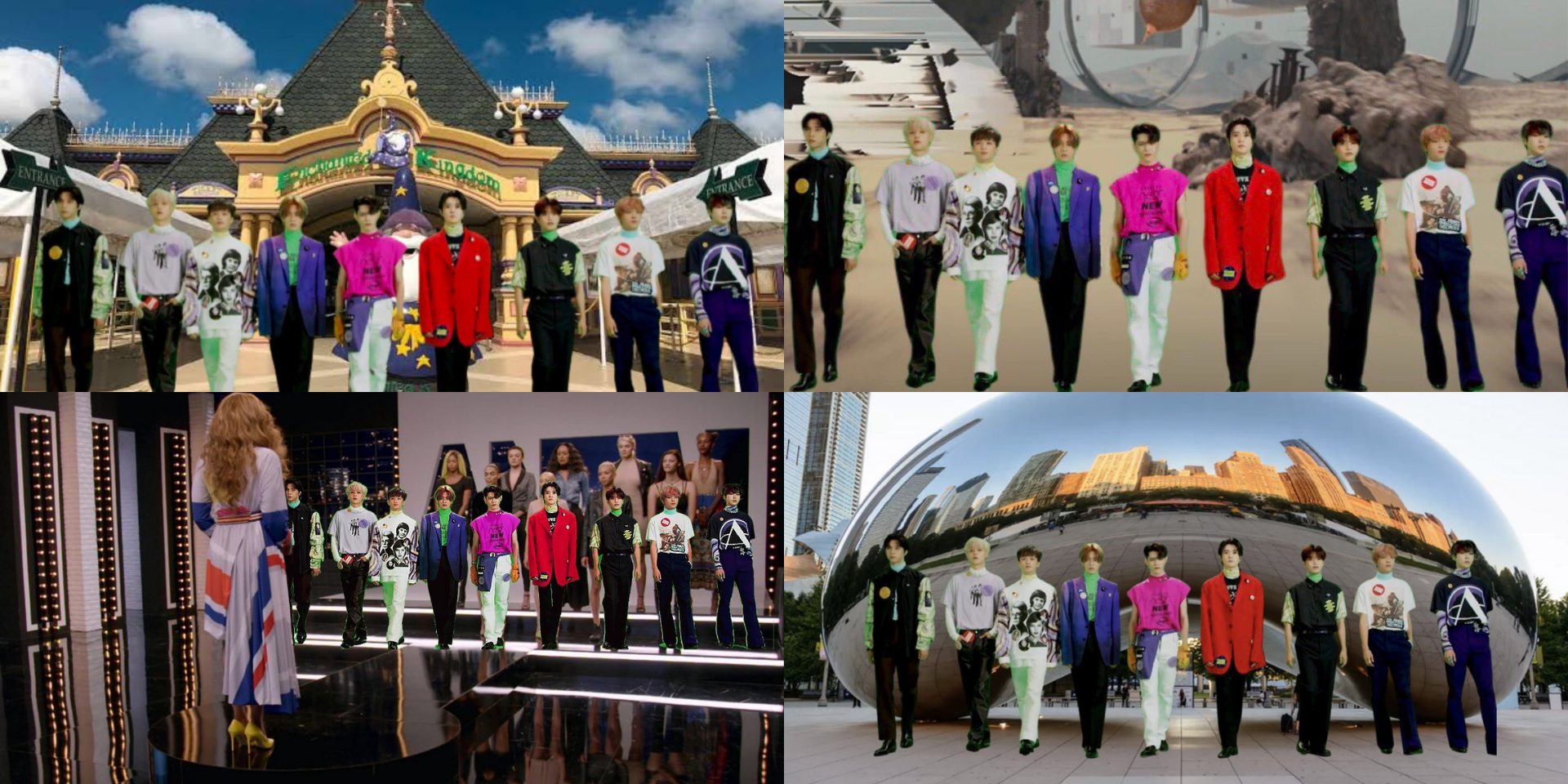 There's mischief afoot on Photoshop thanks to NCT 127 and their new teaser.

On Monday (08/23), K-Pop act NCT 127 released a new teaser video called Sticky Mood Sampler for their upcoming album STICKER, where the band is seen posing and walking in slo-mo in front of a green background. Of course, this ignited the creative minds of NCTzens (fans of NCT and its sub units), who quickly got to work.

With the power of Photoshop, the 9-piece group were transported to hilarious and extremely random locations, including the Santa Rosa theme park Enchanted Kingdom, Chicago's iconic Cloud Gate sculpture, the set of America's Next Top Model, Bikini Bottom, Forks, Washington to play baseball with the Cullens from Twilight, and SMCU's KWANGYA.

Did NCT 127 and their camp do this on purpose to spark their fans' creativity? We can't say for sure, but it certainly gave everyone some laughs.

Check out edits NCTzens came up with from the Sticky Mood Sampler below.

A very rare photo of NCT 127 promoting their album on Knowing Brothers#일이칠크로마키따기챌린지 pic.twitter.com/TnAUbAK6Ut

Maybe our princes are too shy so they moonwalk to their princesses ☺️💖 #일이칠크로마키따기챌린지 pic.twitter.com/XgDWDU5qou

their fault for making it a green screen pic.twitter.com/RymNf3yyiI

When the prayer circle for a 127 comeback works. #일이칠크로마키따기챌린지 pic.twitter.com/MzmGtj0UlF