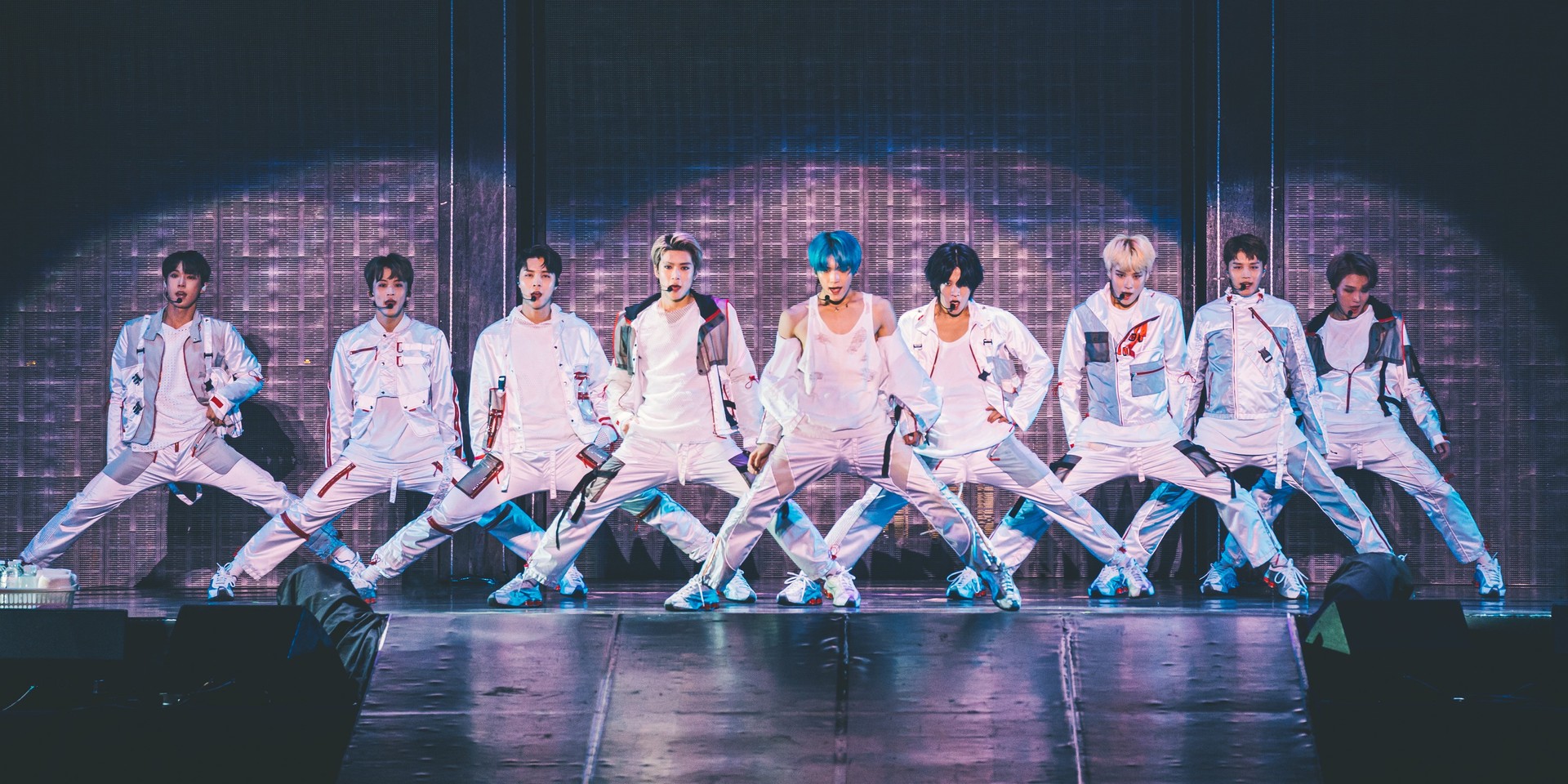 Words by Sherlyn Sim
Photography by ONE Production

When the founder of South Korean music label SM Entertainment, Lee Soo Man, announced his plan in 2016 to debut a K-pop act with an unlimited number of members in sub-units worldwide, many critics and fans were skeptical about the unusual idea.

But his plan is seeing large success today with the formation of K-pop mega boy group Neo Culture Technology (NCT) which is home to sub-units- NCT 127, NCT Dream, NCT U and WayV.

Most prominent of the four is Seoul-based unit NCT 127, which recently wrapped up its North American and Europe tour, on top of appearing on U.S. talk shows Good Morning America, and The Late Late Show with James Corden.

And the group still made time to play their first solo concert NEOCITY: The Origin in Singapore last weekend, making it the 10th country and last of 37 shows in their world tour. 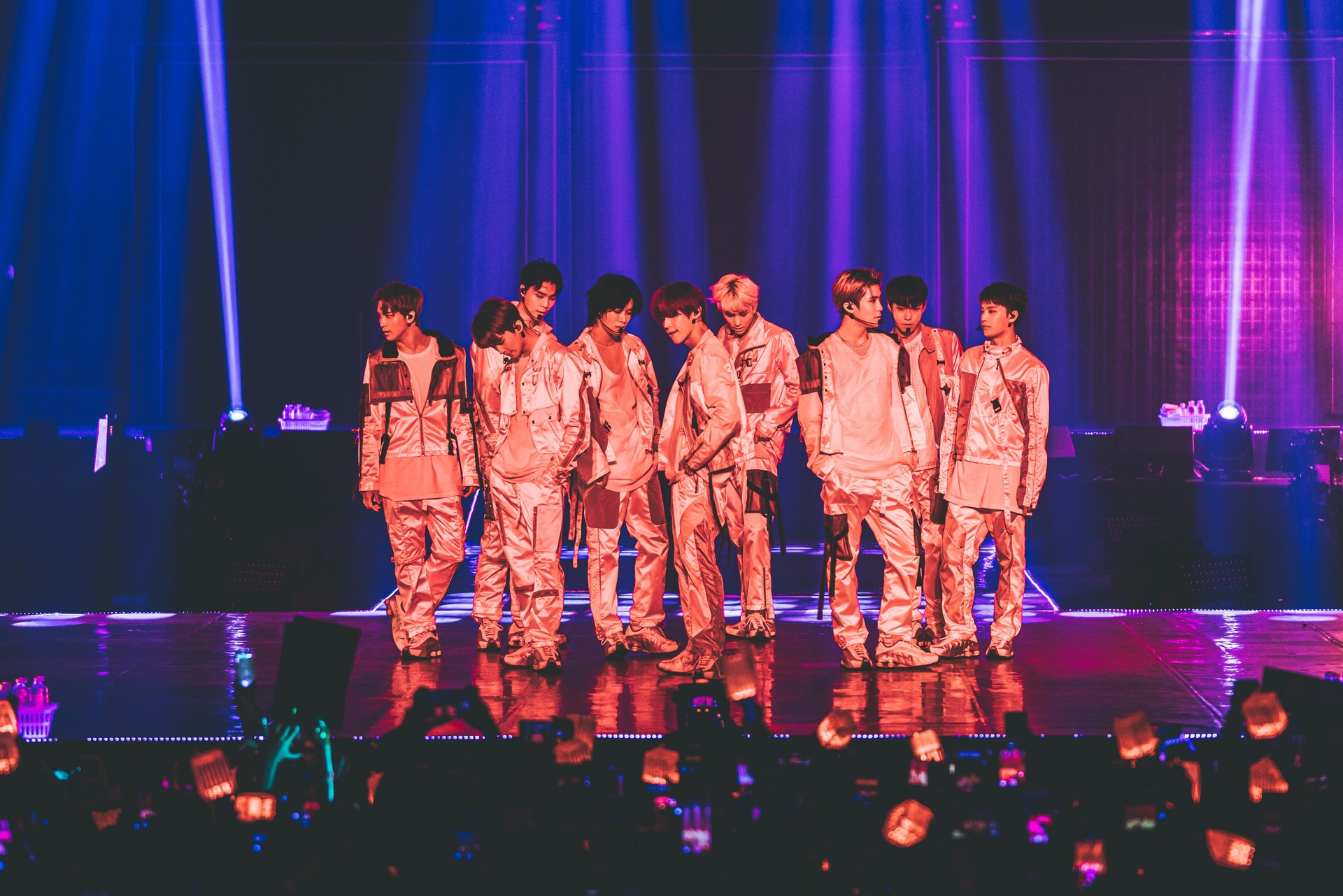 Turning up the heat (literally) with dramatic pyrotechnics, NCT 127 opened the show with bass-heavy banger 'Cherry Bomb'. Together with intense dance and stunt choreography, the cheers grew deafening during the track’s iconic dance break which required NCT 127 to proceed into a split.

Following that were up-tempo tracks 'Come Back', 'Limitless' and 'Chain' which treated fans to a glimpse of leader Taeyong’s chiseled abs, Jaehyun’s solid strong vocals and Haechan’s sharp moves. 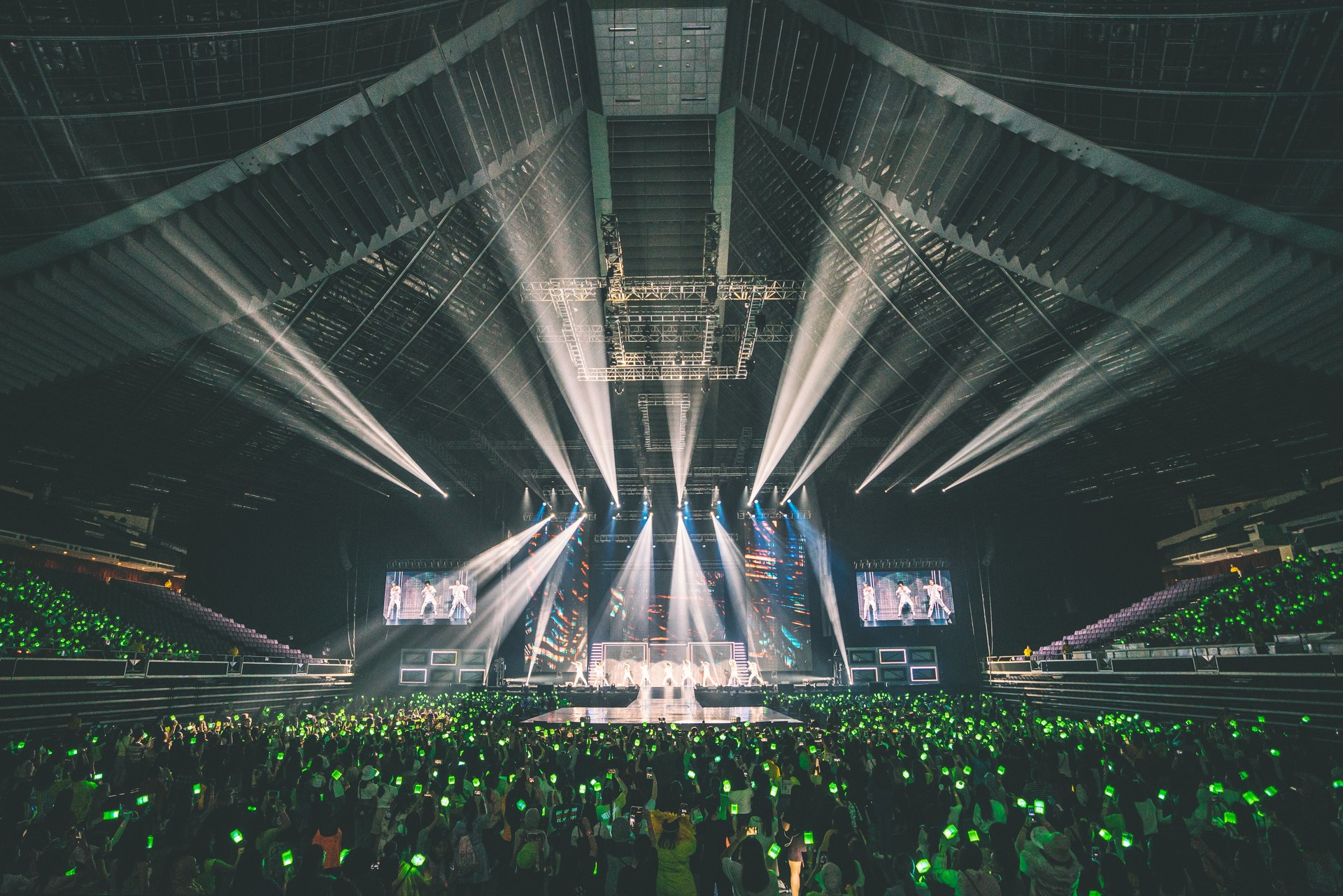 Greeting the crowd of NCTzens, as the fans are lovingly called, who turned the stadium into a sea of green with their lightsticks, Chicago-born member and the band’s resident hype man Johnny said: “As you guys already know, Singapore is our last stop (of the tour). We felt like we could not finish our concert without any regrets. Are you ready?”

Slowing it down with romantic ballads 'Fly Away With Me' and 'Angel', the lights dimmed as main vocalists Taeil and Doyoung opened the performance with their sweet honey-like voices. Taking things up a notch, the group showed up in lavish maroon suits for the English version of 'Regular' from their 2018 album Regular-Irregular, which peaked at the top of the Gaon Music Chart and took the number 2 spot on the Billboard world albums charts. 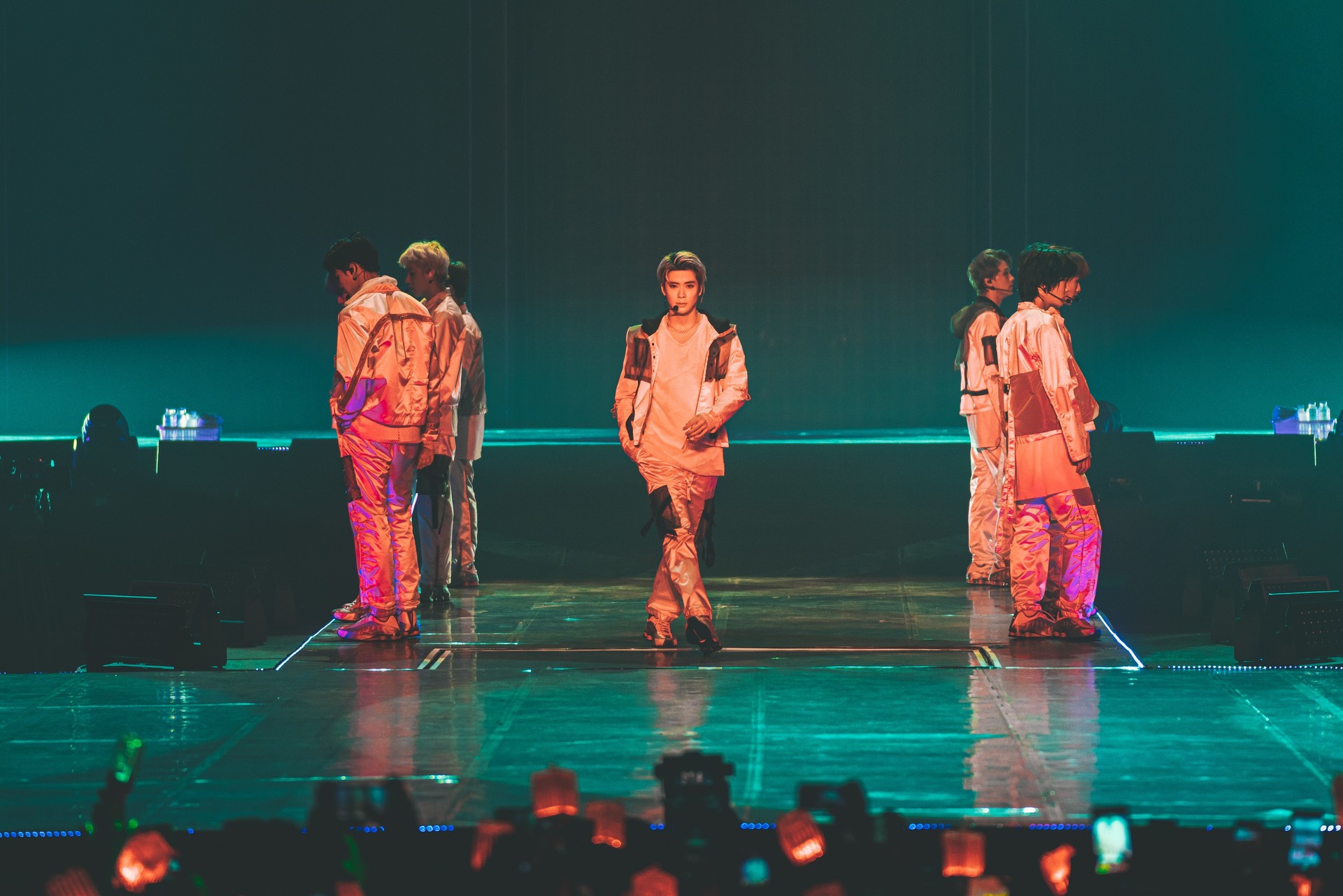 Bringing out a huge jungle gym, the members climbed up the structure for 'Wake Up', ‘Baby Don’t Like It’ and ‘Mad City’. Rapper Taeyong earned a roar from the crowd as he climbed to the very top of the two-storey high structure.

After the excitement of powerful track ‘Simon Says’ and stunt-heavy debut ‘Fire Truck’, it was finally time for the climax of the night – NCT 127’s latest track ‘Superhuman’ from their fourth EP We Are Superhuman. Not only did the EP debut at the top of the Billboard World Album charts, it also topped Billboard’s all-genre Top Album Sales chart, joining BTS as the second K-pop group to place first.

Besides giving each member their own time in the spotlight, from Taeil’s incredible high notes to Yuta’s sleek moves to Taeyong’s rapid-fast rap, ‘Superhuman’ featured a harmonious chorus where the group broke out in eerily synchronised robotic moves. 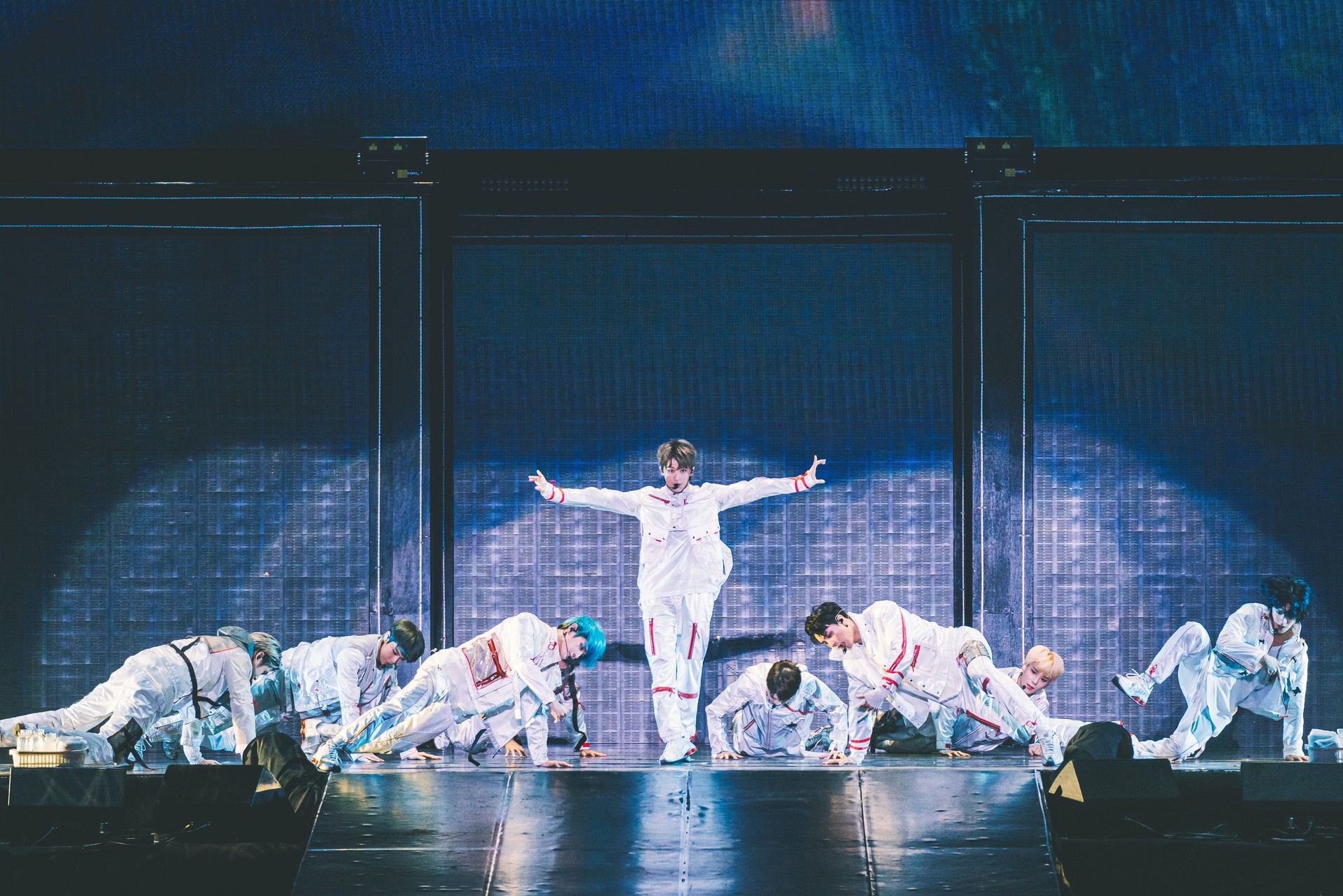 Wrapping things up with party tracks ‘Summer 127’ and ‘0 Mile’, the boys cruised around the stage and threw out autographed balls and frisbees to the crowd. Reflecting on their first world tour, Johnny said: “Today, I couldn’t help look around a little more than usual. Looking at every corner of the stage, I took this time to take a mental picture of how beautiful you guys look like.”

Haechan added: “Besides the great experiences made, I was travelling every corner of the world with my brothers. I think they were concerned about my wellbeing as I got injured at the beginning of the year. I felt so apologetic because I thought I was being a burden but throughout the tour, they were so supportive. We went through so much together and I want to thank my brothers for being my pillar of strength.”

A versatile group packed with diverse charm, strengths and a strong drive to be the best, NCT 127 is definitely on the highway to bigger international success.

Special thanks to ONE Production for the invite