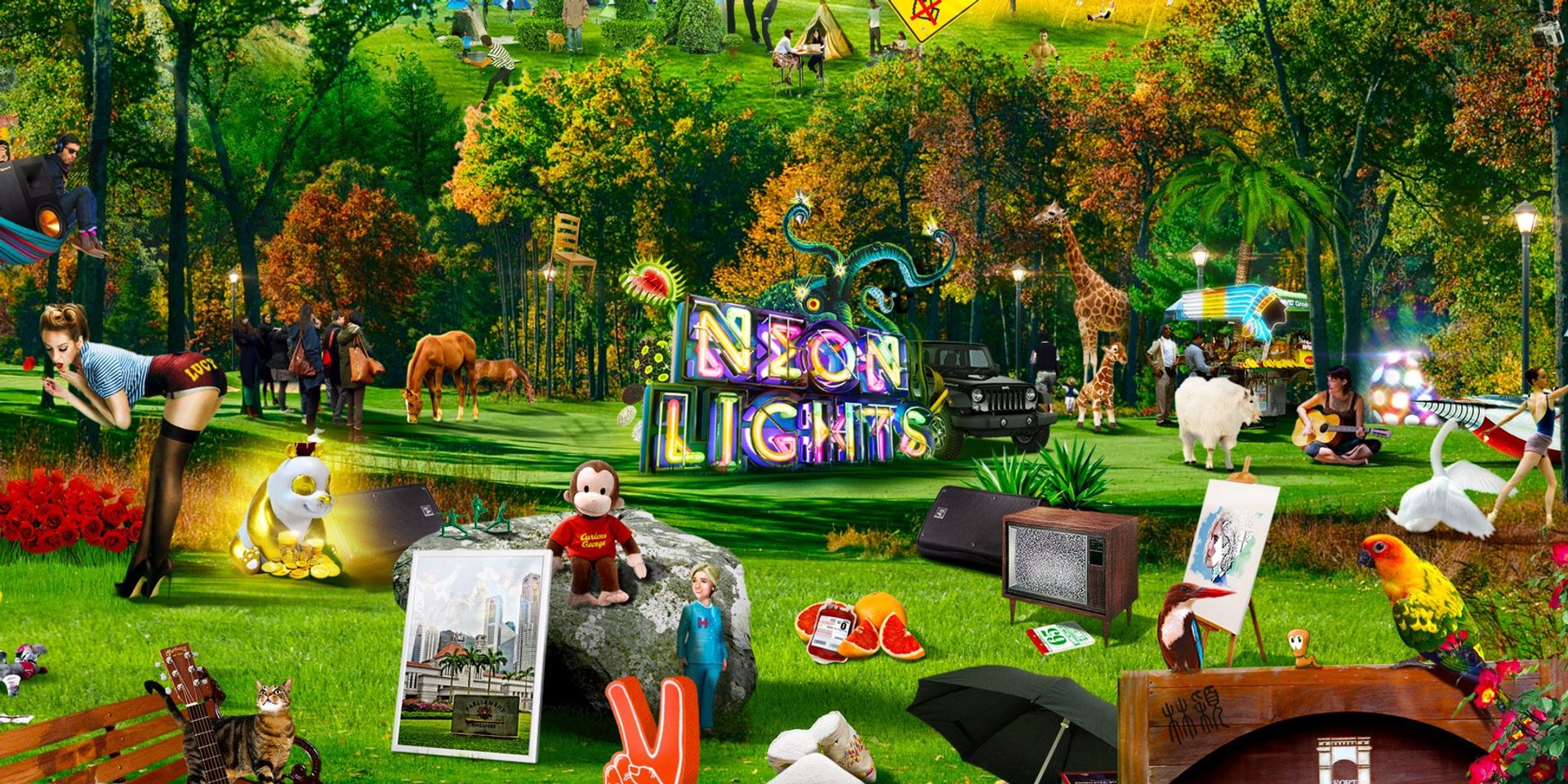 Just like those time-consuming illustrations you see your music-obsessed friends share on Facebook, Neon Lights Festival has taken an unorthodox (and very fun) way to present their line-up.

With their big line-up announcement imminent — scheduled to be released this Wednesday at 8pm — the team behind the festival has taken the liberty to illustrate a vivid, detailed piece that's littered with clues.

Posted on their Twitter account today, there's no indication on the amount of acts represented in the illustration, but we've already picked up on a few. 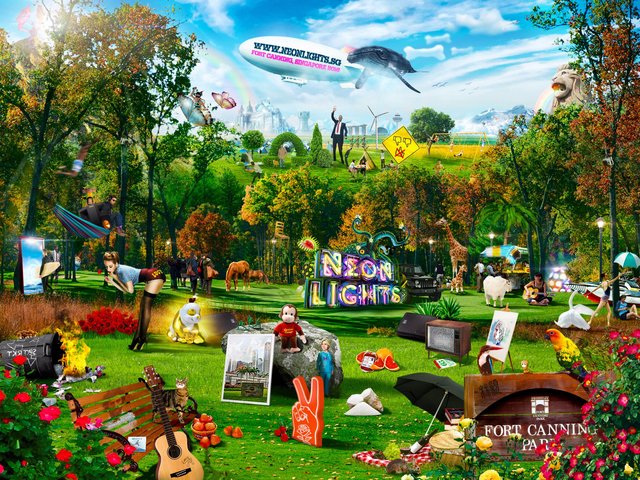 From what we see, we can already spot Gold Panda (the glowing panda toy), Lucy Rose (the lady on the left, looking upon a bed of roses), SBTRKT (the trashcan with the flaming pile of trash), Jose Gonzalez (the park bench, where you can vaguely make out his profile), Crystal Castles (the shiny castle in the clouds, but we already knew they're coming) Vance Joy (the signed guitar), Peace (the red foam peace sign), Shura (the unfinished canvas painting), Blood Orange (the slices of orange placed with a bag of blood), Neon Indian (the neon sign resembling a Native American chief, placed on the food cart), Chairlift (the levitating chair behind the Neon Lights sign), BADBADNOTGOOD (the traffic sign just behind the trees in the middle) and The Tallest Man On Earth (the...uh, unusually tall man).

If these are correct, boy are we in for one heck of a line-up!