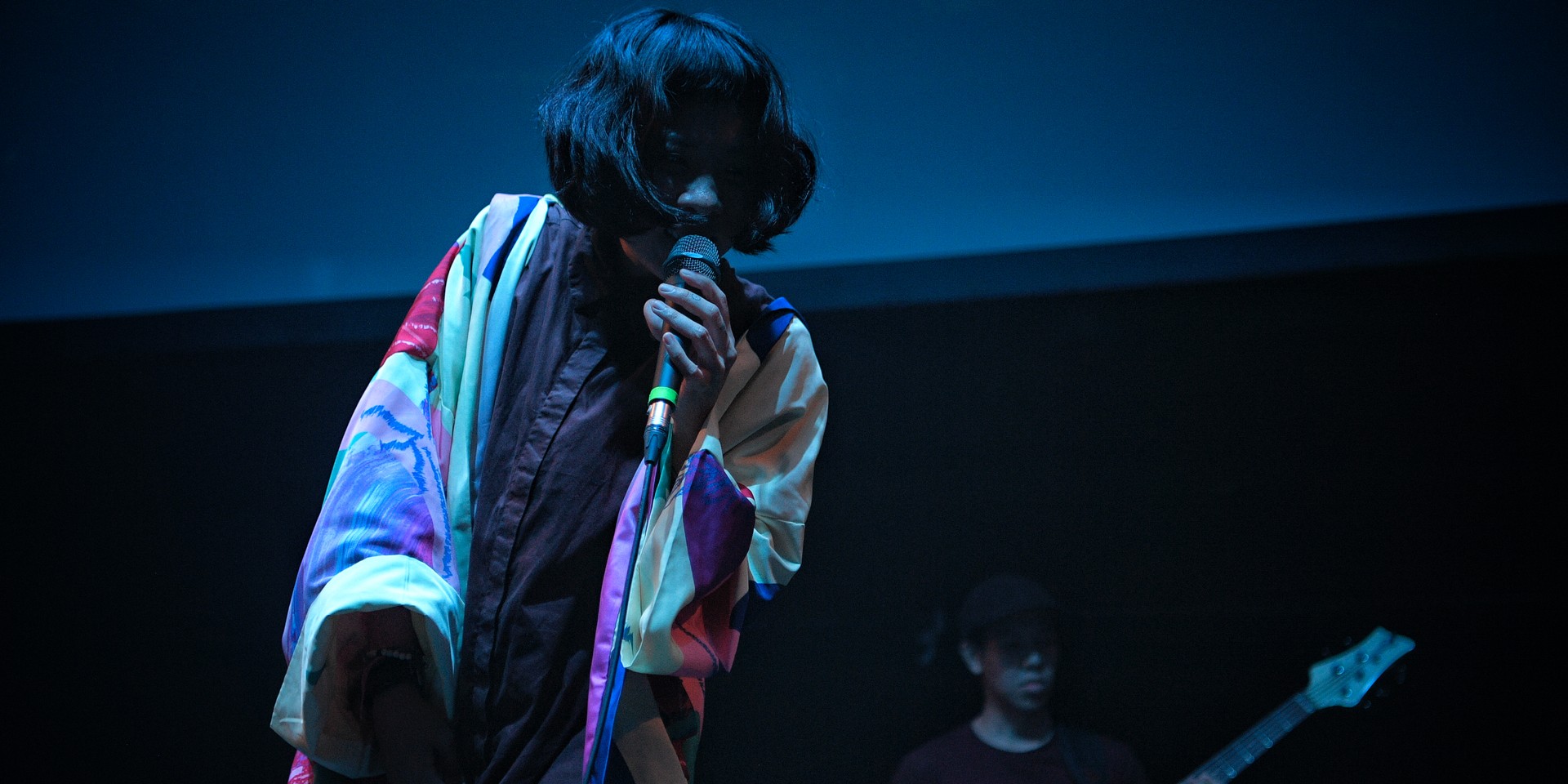 Special thanks to Esplanade for the invite.

From sea monsters to a terrarium and now retro arcade-dy synthesis, The Steve McQueens continue to draw upon various muses and metaphors for sonic inspiration. Playing to a close-knit crowd on a Friday evening, the quarter served up a slew of new tunes, re-imaginations of old favourites and an intimate audience engagement not seen in a fair bit.

Ginny Bloop’s on-stage presence is infectious with her mix of inside jokes and hints behind the inspiration for this repertoire of new songs (“next time I tell you more stories…”). And to cap off mid-gig banter, there were giveaways. Yes, someone won a pineapple during the gig. If there is something particularly heartwarming about the quartet’s latest outing, audience engagement, and on-stage banter has broken that wall between performer and audience. 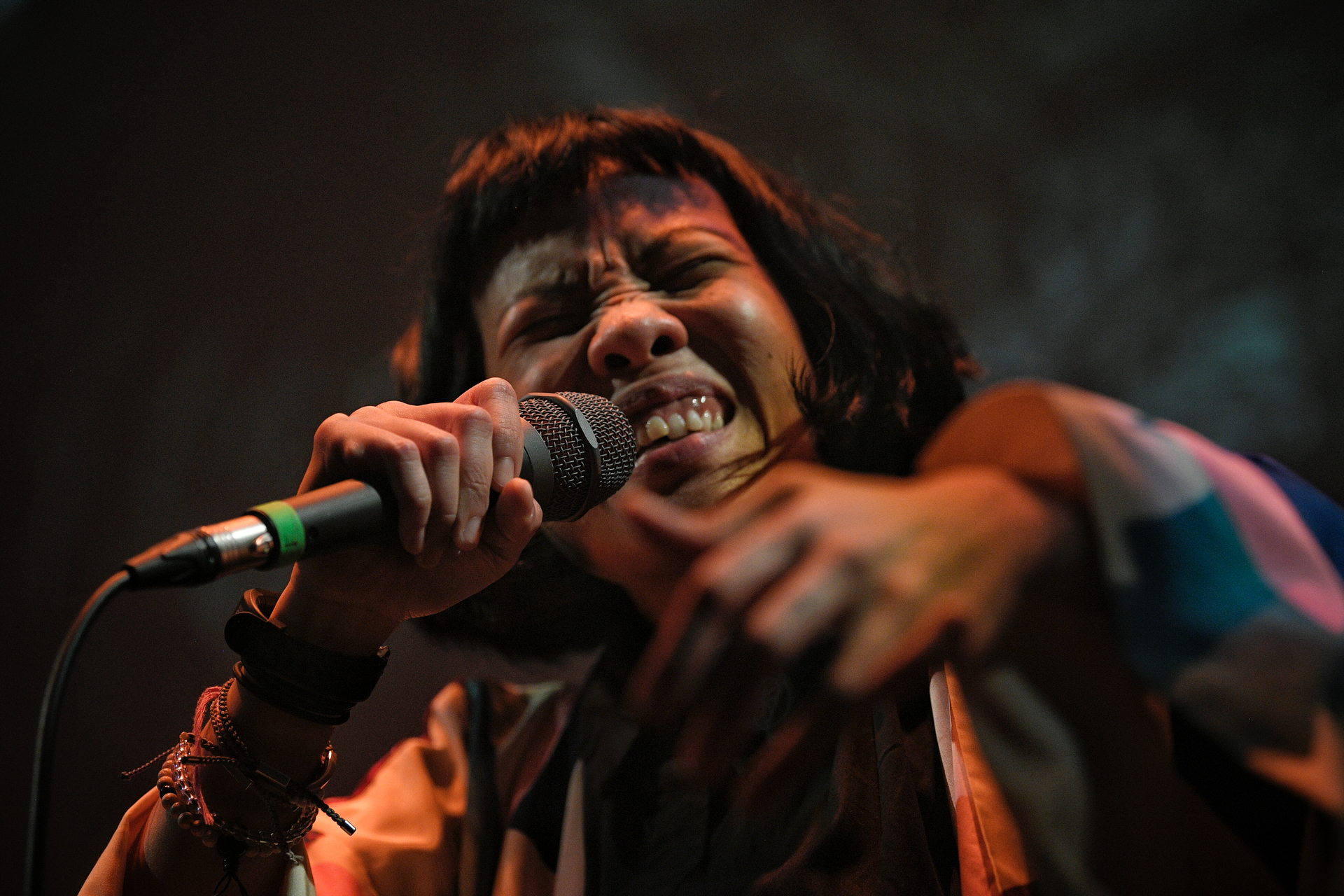 Arguably, the biggest change in Nerd Lounge arguably isn’t the return of sinister prog-synthesisers or a new drumming framework - engaging storytelling has hit a new nadir.

While themes of love, memory, hope and liberty return to the songwriting, there is a subtle twist with darker pensive qualities. New tunes ‘Mila’, ‘Eye’, and ‘Float Like Angels’ eschew typical romantic love archetypes in favour of motifs such as regret, melancholia and moving on hint at a gradual maturity of the persona.

Elements of Anson Koh’s Afro-funk pocket groove permeate through the tune 'Tuesday Song'. Perhaps the most abstract tune of the night was ‘Blue Spicy Pumpkin’. Musically, it hinted at signs of a more progressive Steve McQueens style. Nonetheless, the tune remains an odd choice of song title and imagery.

Indeed, Nerd Lounge can get cheeky with its retro-esque arcade synths, yet is juxtaposed with songwriting that dabbles into sadness. Firefly makes an unexpected return with a slightly more cinematic twist. It isn’t slower, just more contemplative in quality. Jazz staple Blue In Green too gets a Nerd Lounge treatment with a postmodern arrangement sounding more spiritual than swinging. 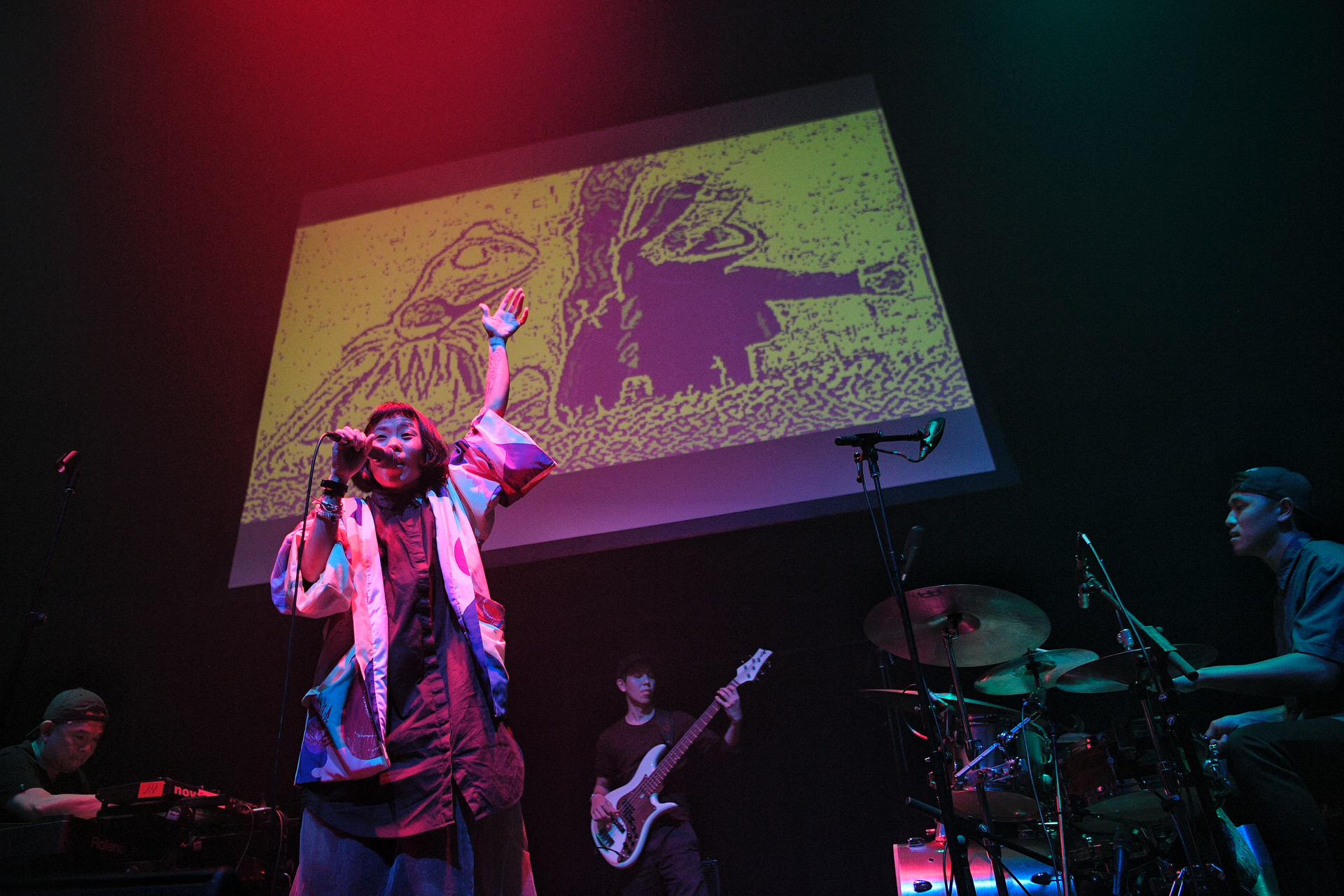 The quartet’s distinctive sound is becoming clearer with each iteration. Minus the Michael Brecker-driven alto-sax improvisations of 'Seamonster', and the synthesis heavy production of 'Terrarium', Nerd Lounge is a comfortable middle-ground. Accessible to the everyday folk, and wildly eccentric when the opportunity arises.

The only downside was the brevity of the entire gig. Nerd Lounge is arguably one of the shortest Steve McQueens sets to date, clocking in at about 55 minutes. It is understandable given the context of the gig and how much of the group’s youthful vigour has transitioned into a place of adulthood priorities.

Needless to say, one should not be disappointed as the depth of musicianship across the board outweighs taking the show from a monetary-time benchmark. And as Ginny Bloop refrains in the classic Steve McQueen fashion signaling the end of a night, indeed everything’s gonna be alright, just tell me.