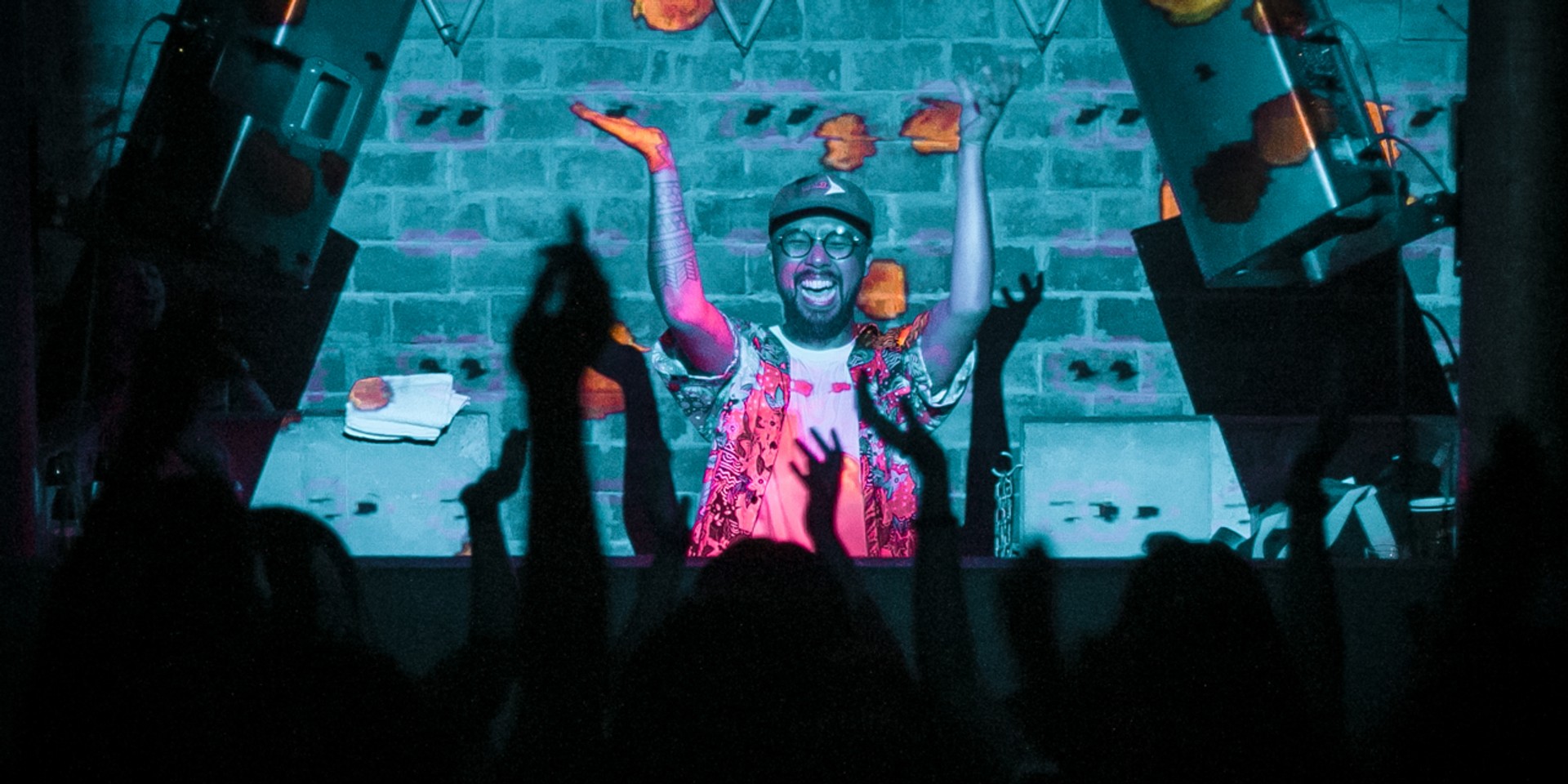 “We are tropical people, and I imagined, what would tropical people dance to? What sort of music would they listen to in the future?,” mused producer Mark Redito. Through his new album, Neutropical, the Filipino-American musician formerly known as Spazzkid offers a take.

Since his 2013 full-length effort, Desire, and the synth-heavy pop of his Promise EP, everyone’s favorite Kuya has been out “honing a sound” and “exploring a lot.” He has been taking inspiration from his birth country, the Philippines, and listening to tropical dance music – reggaeton, reggae, cumbia, baile funk, bossa nova, among others.

For Mark, his Filipino roots expanded his perspective, reflected in the creation of Neutropical. “Having that bi-coastal, multicultural experience really informed the making of the album and also the ideas that I pursued,” he said. 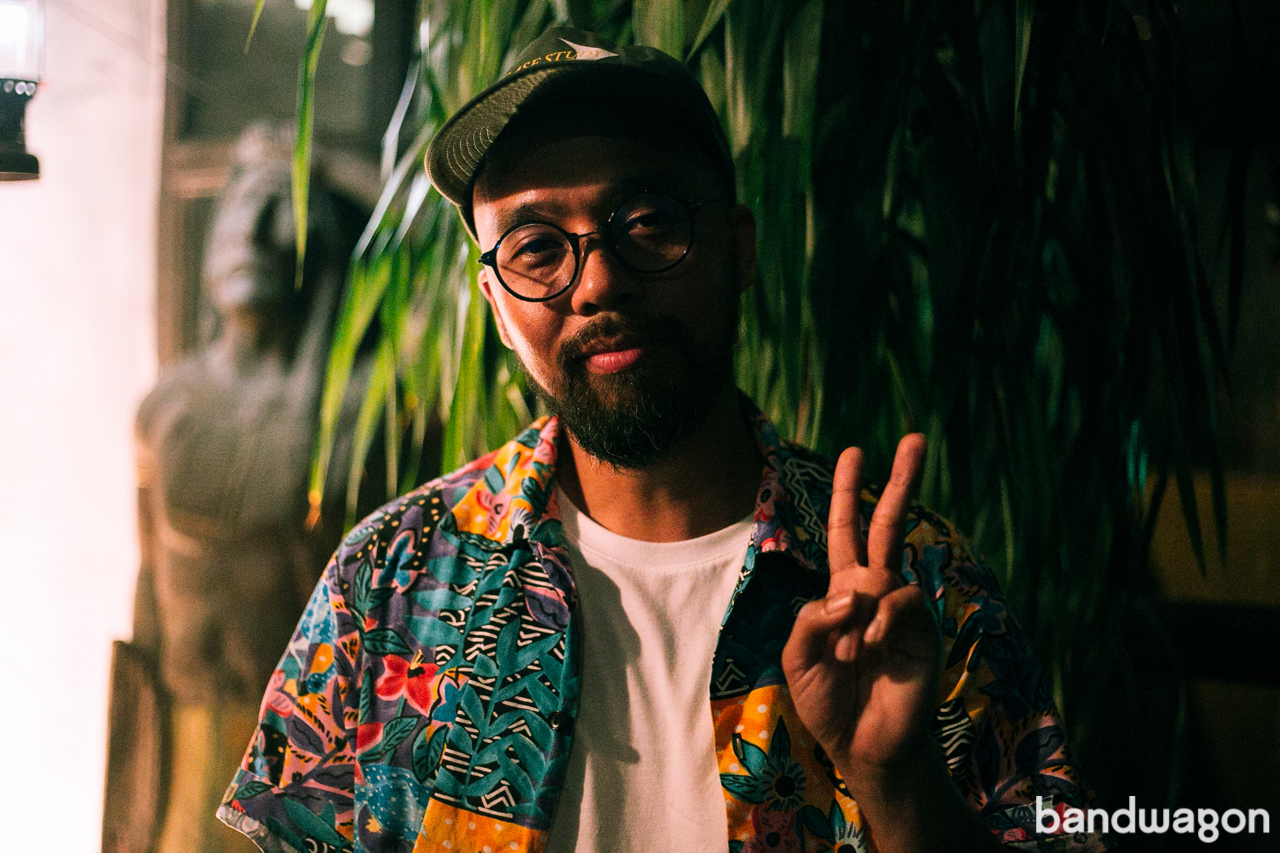 Neutropical is his adaptation of the idea of tropical futurism, which was inspired, he said, by the tenets of Afrofuturism, a cultural and aesthetic movement. In the words of NYC-based Colombian band Combo Chimbita, it’s “the idea that the future doesn’t necessarily have to be this super white Western high-tech Star Wars stuff; that the indigenous ideas and culture of people of color… can also represent a magical and substantial future.”

In the 13-track record, Mark dreams of electric carabaos and studiedly speculates what dance music will sound like for people in the islands and among the rainforests of this planet. He weaves soundscapes that feature percussion and instruments that evoke life in the tropics, albeit distorted (in his words, “robotic”), to signal a possible future.

We caught up with Mark Redito during his latest stop in the motherland to talk about each of the tracks on the record – his collaborations and the fascinating stories behind them.

'Break Silence' is a track with Shel Bee, who is a singer-songwriter and producer based in Los Angeles. We were connected through my friend Miyuki [Kudo], who goes by Chocoholic based out in Tokyo.

Shel Bee hit me up. She’s like, “I do this. I make songs. I want to collaborate.” I had the backbone of 'Break Silence' already sort of made, although it was bare. I sent it to her. After a few days, she sent back a demo, and I was like, “Oh my God, it’s so good. Let’s finish this.” Then after a few weeks, she sent in her final vocal track and I started mixing it.

I think the story or the narrative of this song is informed by her experiences. It’s personal and autobiographical – it seems like it, and also vulnerable because we’re talking about a relationship going south.

'Everything Felt Right' is about the story of this person who met another person at a club, and made a connection. But the story sort of just ends there and doesn’t really resolve.

This guy – at least in my mind, when I was making it – was recounting what happened that night. It was such a beautiful moment that everything felt right, but we never knew what happened to them. Did they date? Did they connect? Did they end up being together? We don’t know.

It was inspired by the restaurant chain. I spent my childhood eating at Barrio Fiesta for special occasions.

I wanted to sort of like, take that spirit and infuse that into an uptempo club song. For me, this is a fiesta track. I wanted the track to embody a fiesta sort of vibe – very celebratory, very loud, very percussive.

Never Letting Go of This Moment

This song is sort of like an ode or an appreciation for my family and my sister who actually took care of me when I needed that support. A life of a musician is pretty hard, and without that support, it’s hard to continue doing what you do.

When I was making that track, I looked back and thought about all those moments where my sister supported me with my music and took care of me. I hold all those moments dear, and that was the inspiration for the song.

TOFUKU is a producer and songwriter based in Los Angeles as well. I love her music. She makes really cute electronic, J-Pop and video game-inspired songs. I love her voice, and I love how she makes her tracks. So, I hit her up: “Hey, do you wanna collaborate on a track?,” and she was like, “Sure. Let’s do it.”

I was like, “Let’s make a track that sort of embodies female empowerment," like, I don’t really need a boyfriend, I got myself. That was sort of the whole theme of that, and it felt like it came very naturally for TOFUKU, her being a strong woman herself. That’s the story behind the song.

I also wanted to make an electronic song without a kick drum. The kick actually happens towards the end, but I wanted to just switch things up a bit and explore that territory.

You have producers like SOPHIE, a producer who makes banging tracks, but then she also makes tracks that are very atmospheric but also poppy at the same time.

You know that the kick drum in any electronic track is like the root. It’s like the tying element to everything. Taking that out provided challenges, but also, I thought it was just a good idea to pursue.

I’m a fan of bands like Toro y Moi and Chromeo – who has that sort of electro funk sound. I wanted to switch things up a bit. Let’s make an electro funk song.

I feel like Ehiorobo is such a good fit for that because he’s got a very eclectic sound and a good sense of lyrical rhythm. I hit him up, and he was like, “I’m down.” I sent him the demo, and again, a few weeks later, he was like, “Here’s an idea, what do you think of this?”  “Sh*t, let’s do this.” Pretty straightforward.

To be honest, I don’t know what this song is about. I asked for the lyrics. He’s like, “I’ll send it to you,” but I’m still waiting on it.

I was listening to a podcast. They were talking about this whale called Blue 52. As we all know, whales are mammals very much like people. They’re very social. A part of your survival is to actually be part of a pack.

So, how these whales communicate is through different frequencies, different sounds. Blue 52 speaks in another frequency, so the other whales can’t understand her. We have Blue 52, this whale swimming around the ocean with no one, with no family. No one can understand her. It’s a matter of survival, man. If you’re a whale who doesn’t have a pack, you’re in a vulnerable position.

I feel like sometimes we feel that way. Sometimes, we feel misunderstood and disconnected. So that was the starting inspiration for this song. I wanted to acknowledge that feeling but also wanted to pursue a feeling of hope, as well.

Yes, that happened. There’s disconnection, but then, at the same time, too, there is hope in that situation. Even though the song is an instrumental track, I wanted that same feeling. It’s sort of melancholic but also sort of celebratory – if that makes sense.

You’ll Only Love Me When I’m Gone

'You’ll Only Love Me When I’m Gone' is one of the first tracks I made for Neutropical specifically. This was me exploring a more tropical sound.

The beat is sort of more reggaeton. I wanted to make a reggaeton track but also make it very electropop-y. We cut up the vocals. There’s really no big story behind it. It’s just me making sounds, really.

Why did I title it that way? I guess I was just feeling a little melancholic when I made it.

Abbi Press is a producer and songwriter based in New York. Abbi and I have wanted to collaborate for a long time, and I feel like this song was a perfect excuse for us to do something together.

It’s a feel-good, giddy song about online love. The song talked about having a conversation online. When you’re chatting with someone, there’s like that typing, “…” She sort of gave reference to that in the lyrics. It’s a straightforward love song.

Henrik the Artist is a producer from Norway – one of my favorite producers. He came to LA. We booked a studio session together, and that was one of the tracks that we worked on from scratch.

We were both feeling very island-y and tropical. We recorded it in the studio, and he sent to me the demo. The rough title was H&M, like Henrik and Mark – “H&M version 1.” We worked on it more.

This was an instrumental that I was working on for quite a while. I put the 'Gucci Gang' a capella on top of it, and released it for free online. But I also thought that the instrumental itself could stand on its own. I don’t have the rights to actually use 'Gucci Gang,' so I decided, why not just release on its own.

I remember when I first posted the 'Gucci Gang' remix which uses the instrumental, I think someone commented, “Oh, Dreamy Gang.” I was like, “Okay, alright, I’m gonna use that. That’s gonna be the title.”

I wanted to make a track that’s sort of like background music. It’s like me getting inspired by chill hop. Even though it’s not a chill hop song, and it’s not very heavily sample-based, I wanted a chill track for the album, essentially.

I think the title is more of like, a reference to my personal belief that everything does change. Sounds change. Our relationships change. We, as people, change.

If you listen to the track, it’s a track that sort of evolves over time. It starts slow, and towards the end, it becomes this crazy sort of crescendo.

I really also wanted to incorporate a lot of tropical-sounding instruments, but synthetic – manipulated in a way that it almost sounds robotic and weird, even. There’s that flute sound. It’s supposed to be a flute, but I f*cked it up so it would sound like a distorted flute.

Check out photos from Mark Redito's homecoming show last May 24: 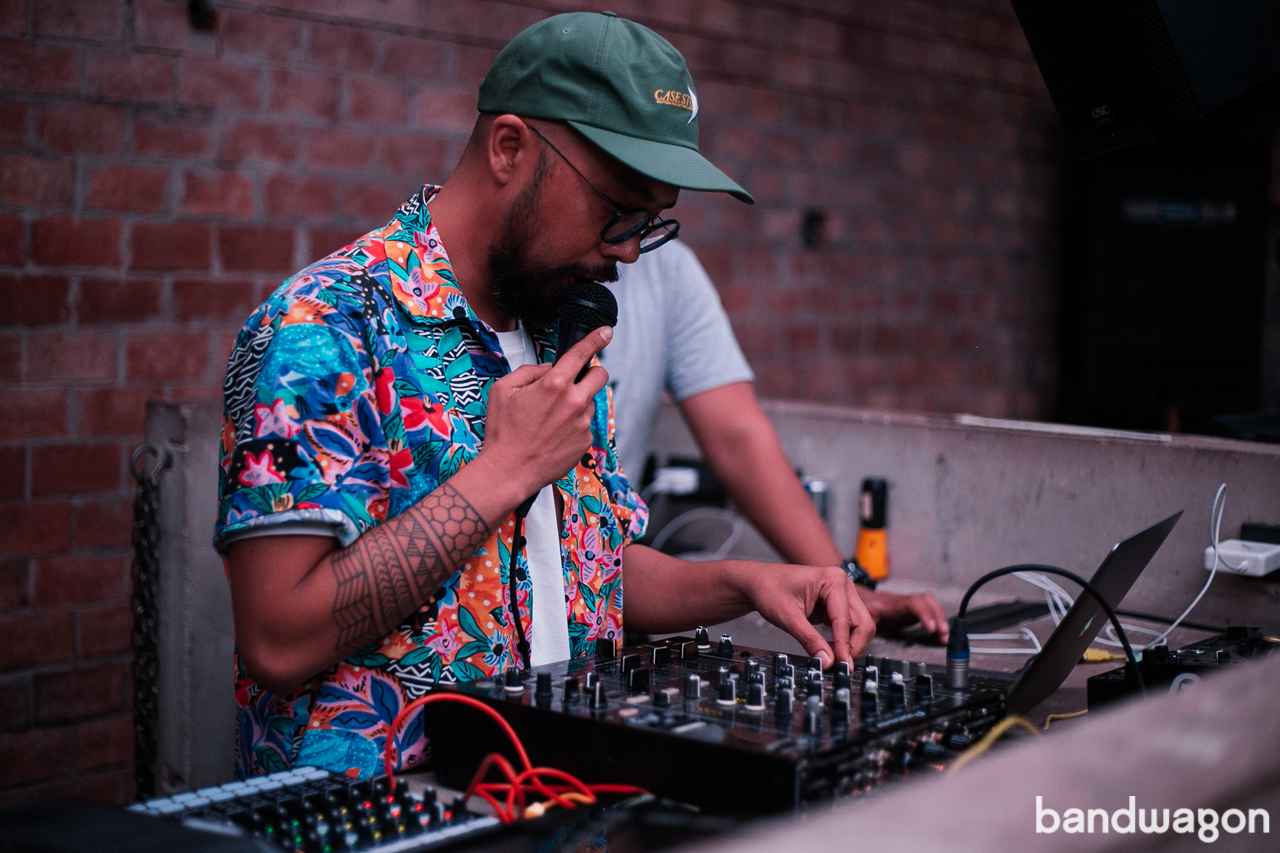 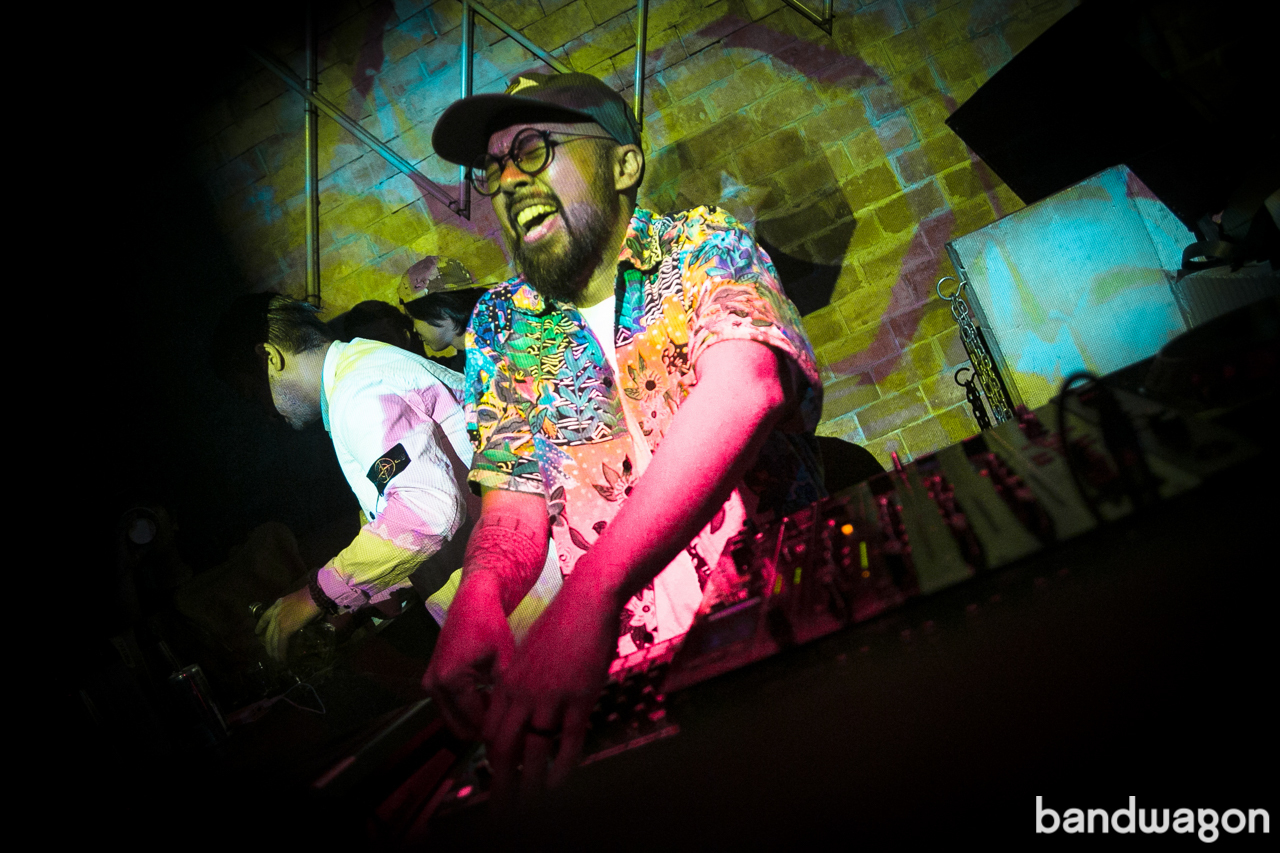 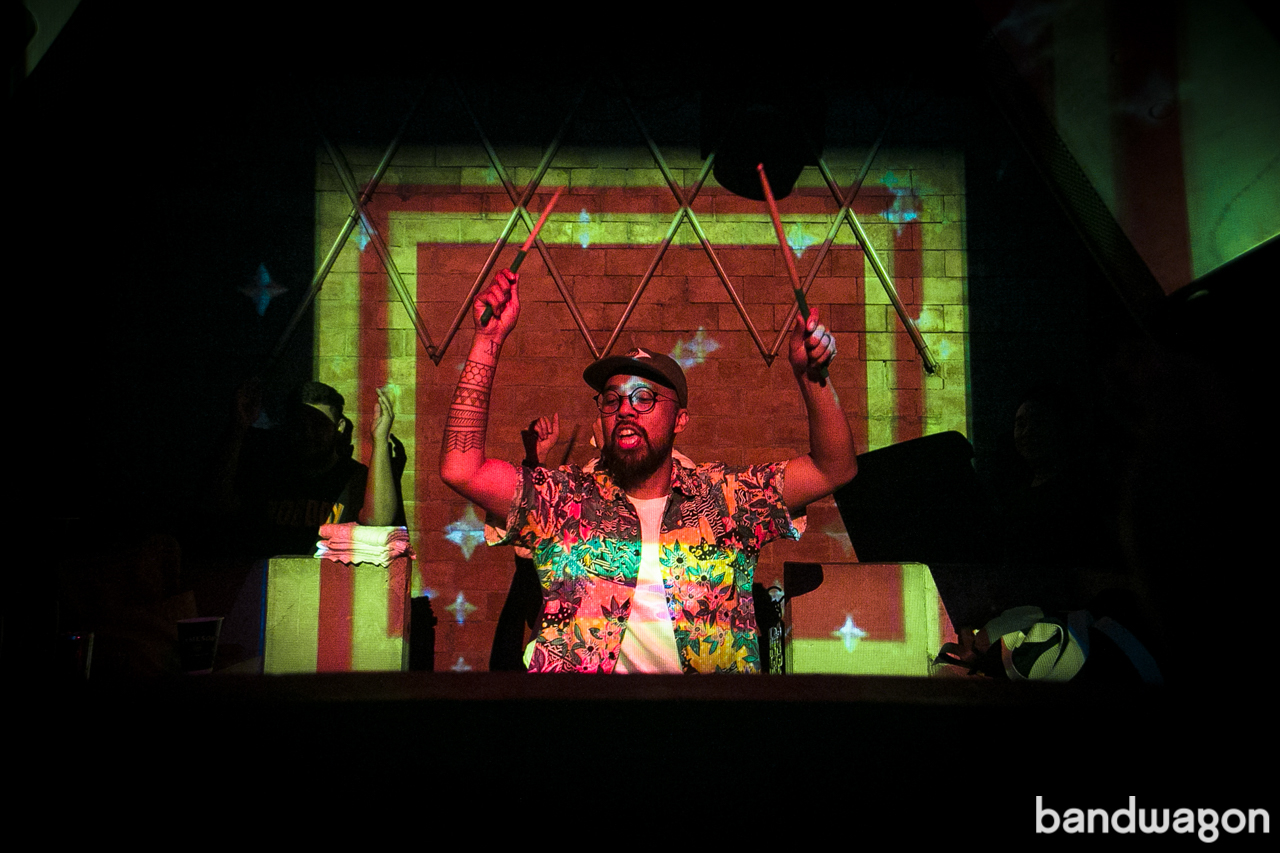 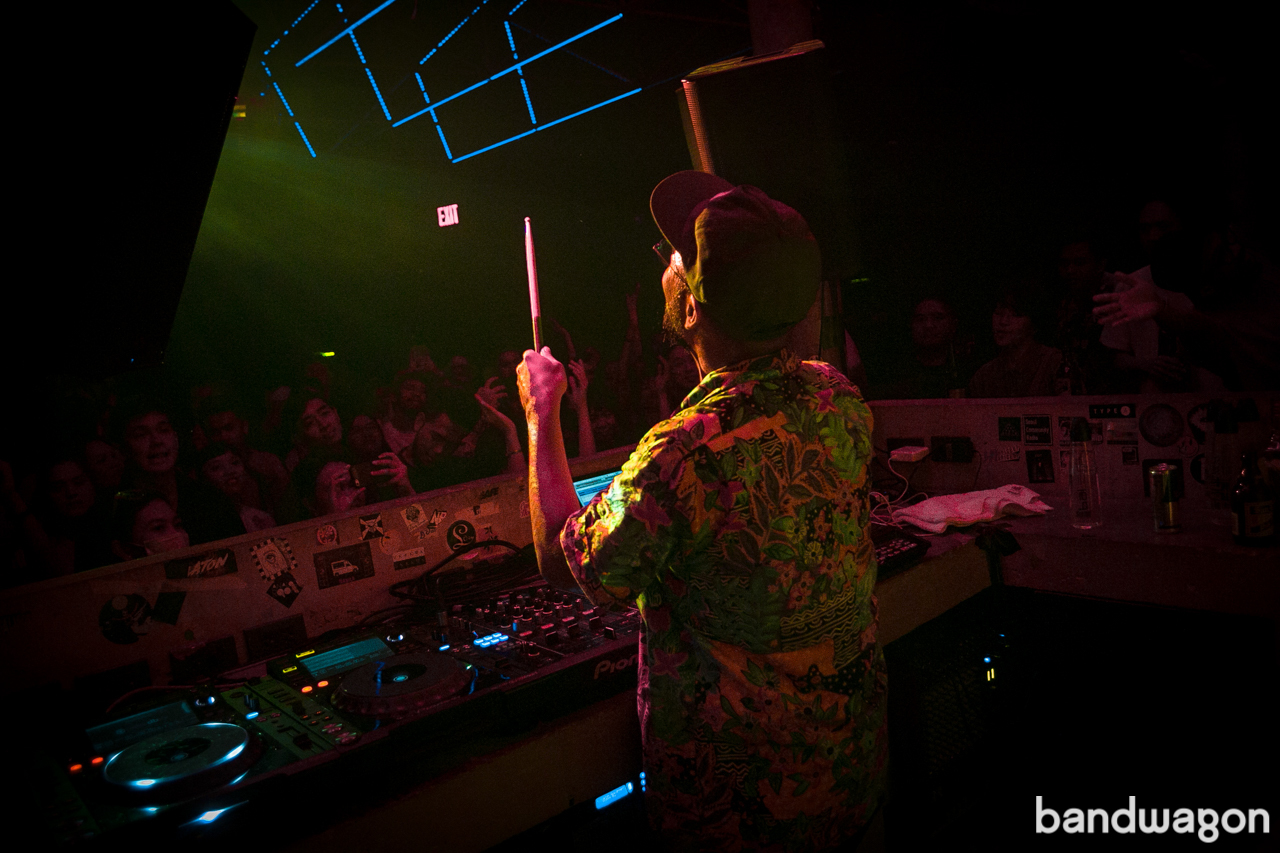 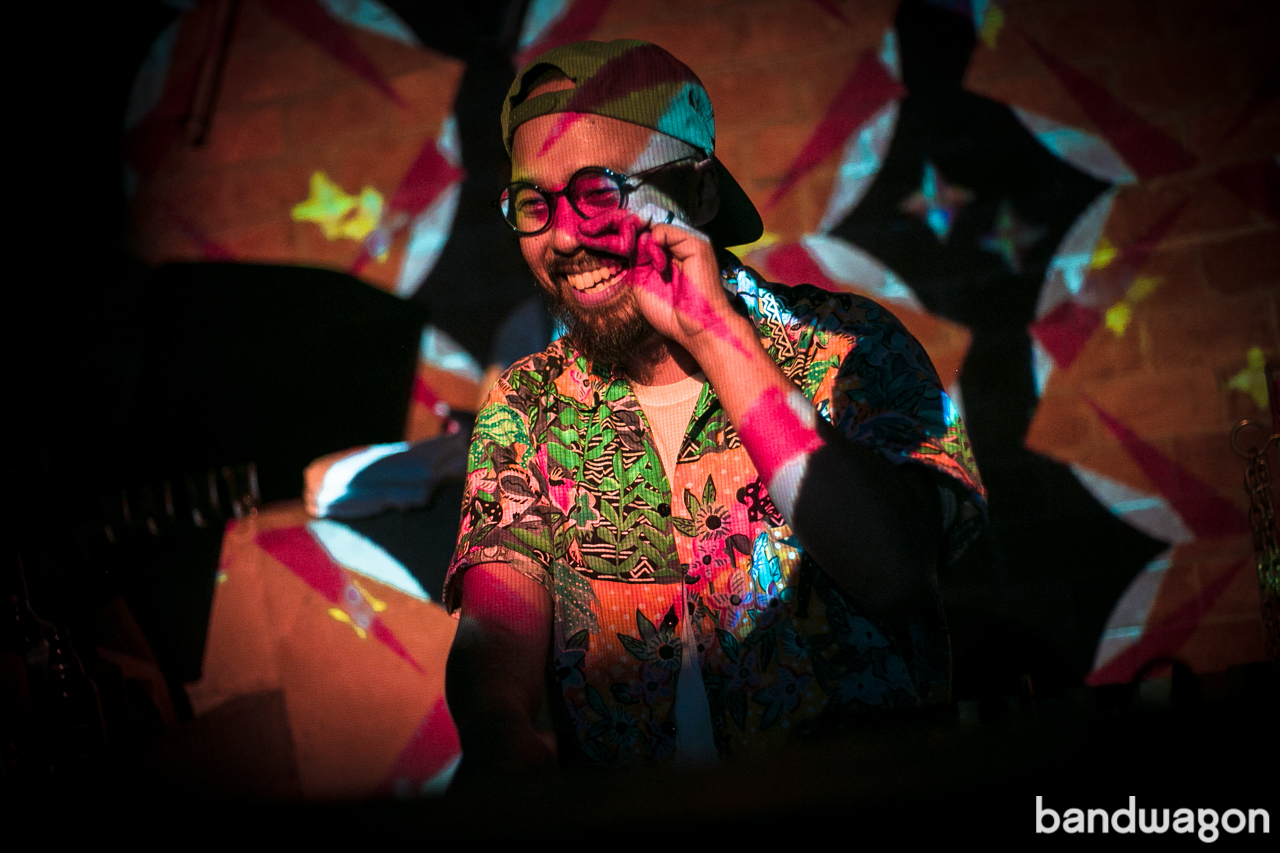 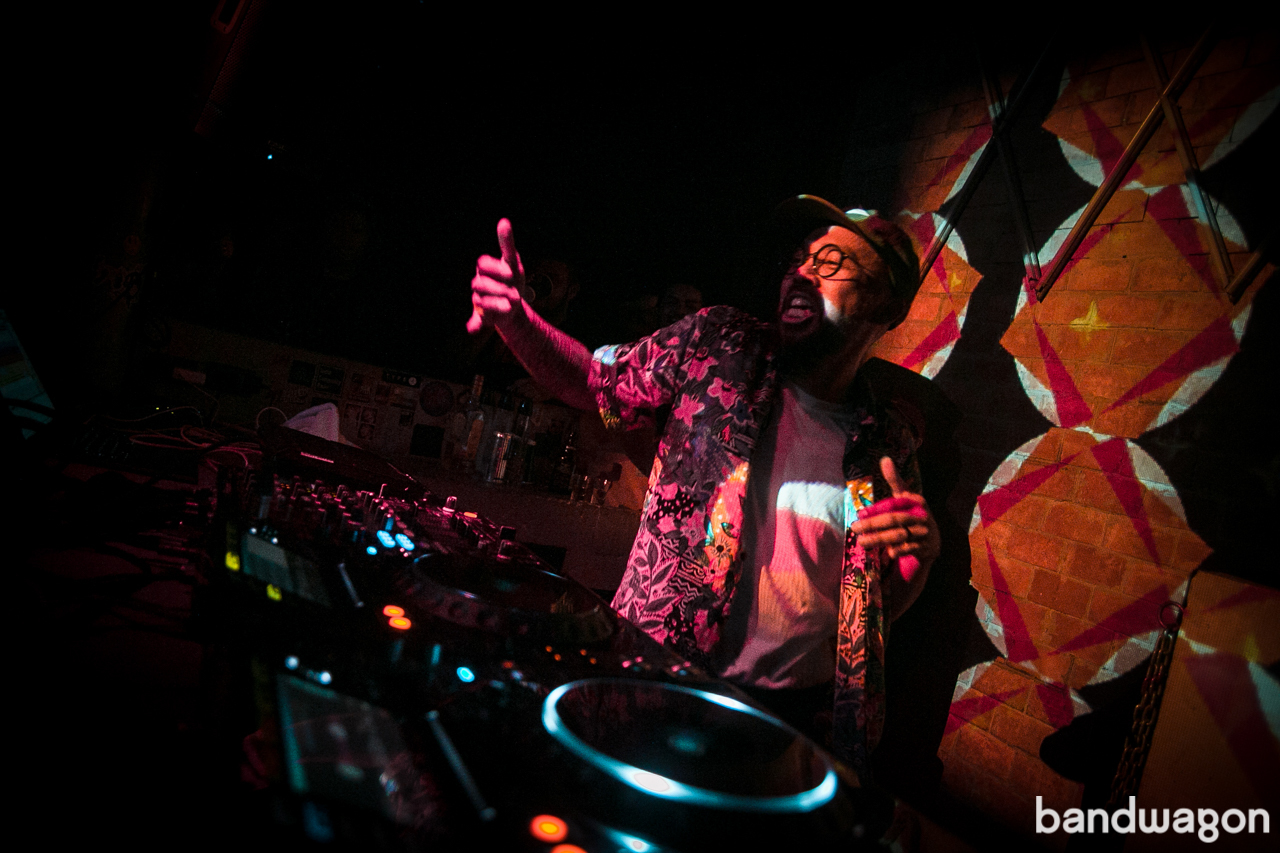 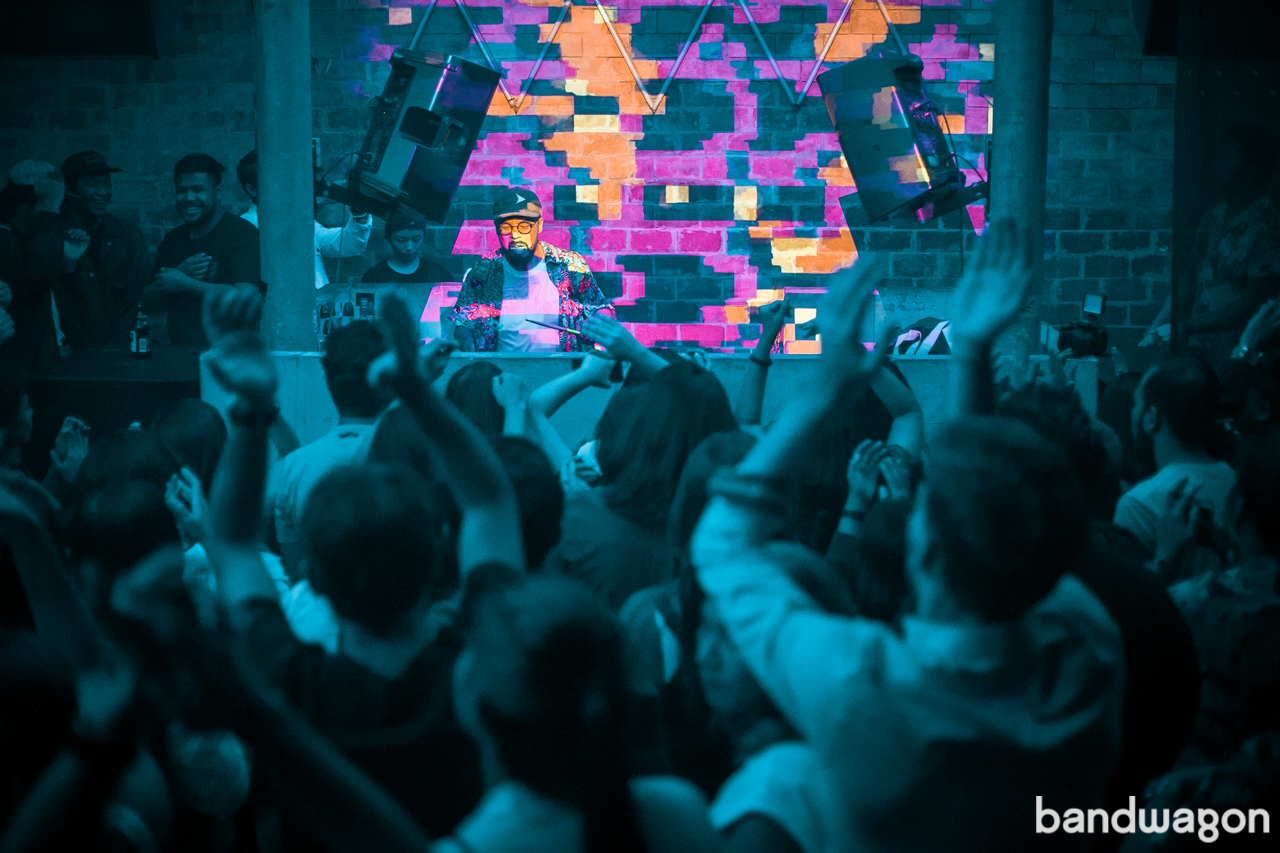 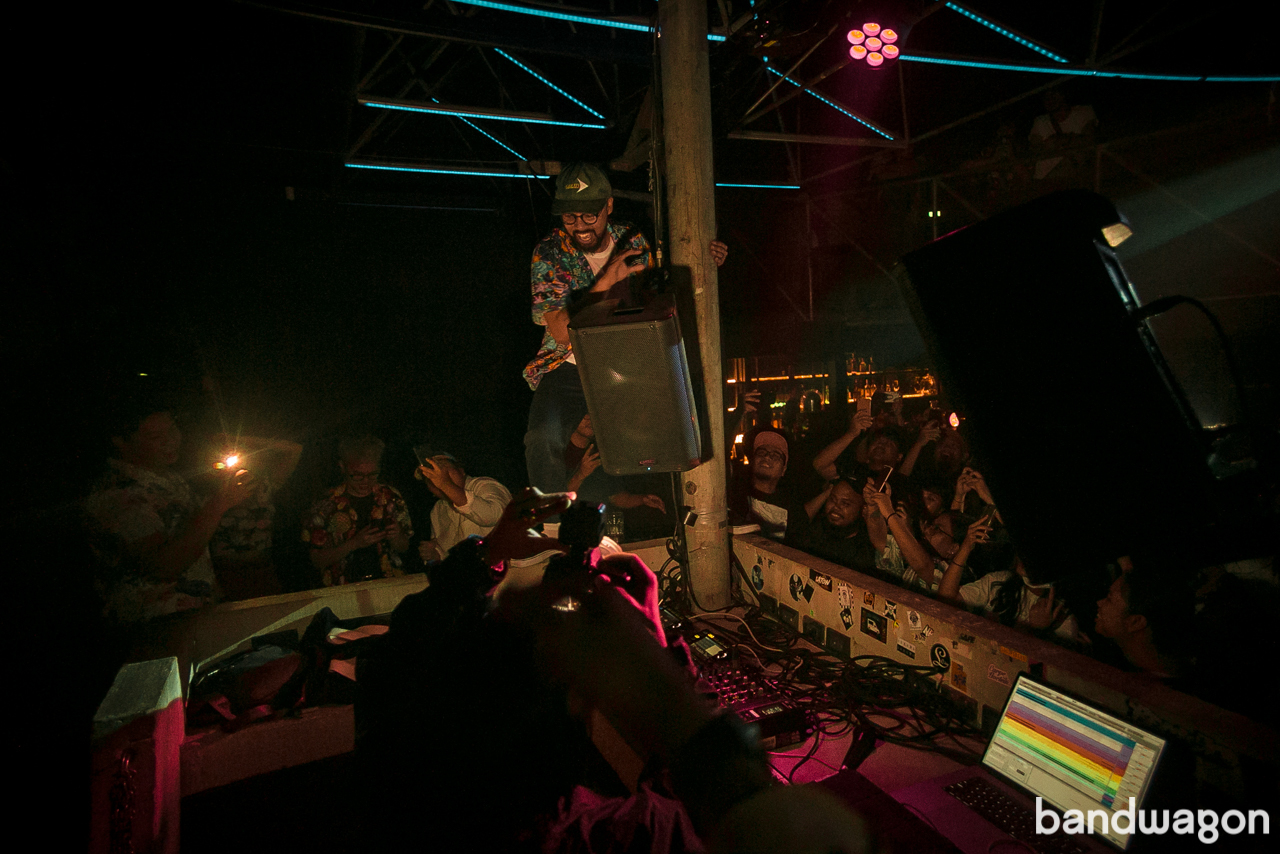