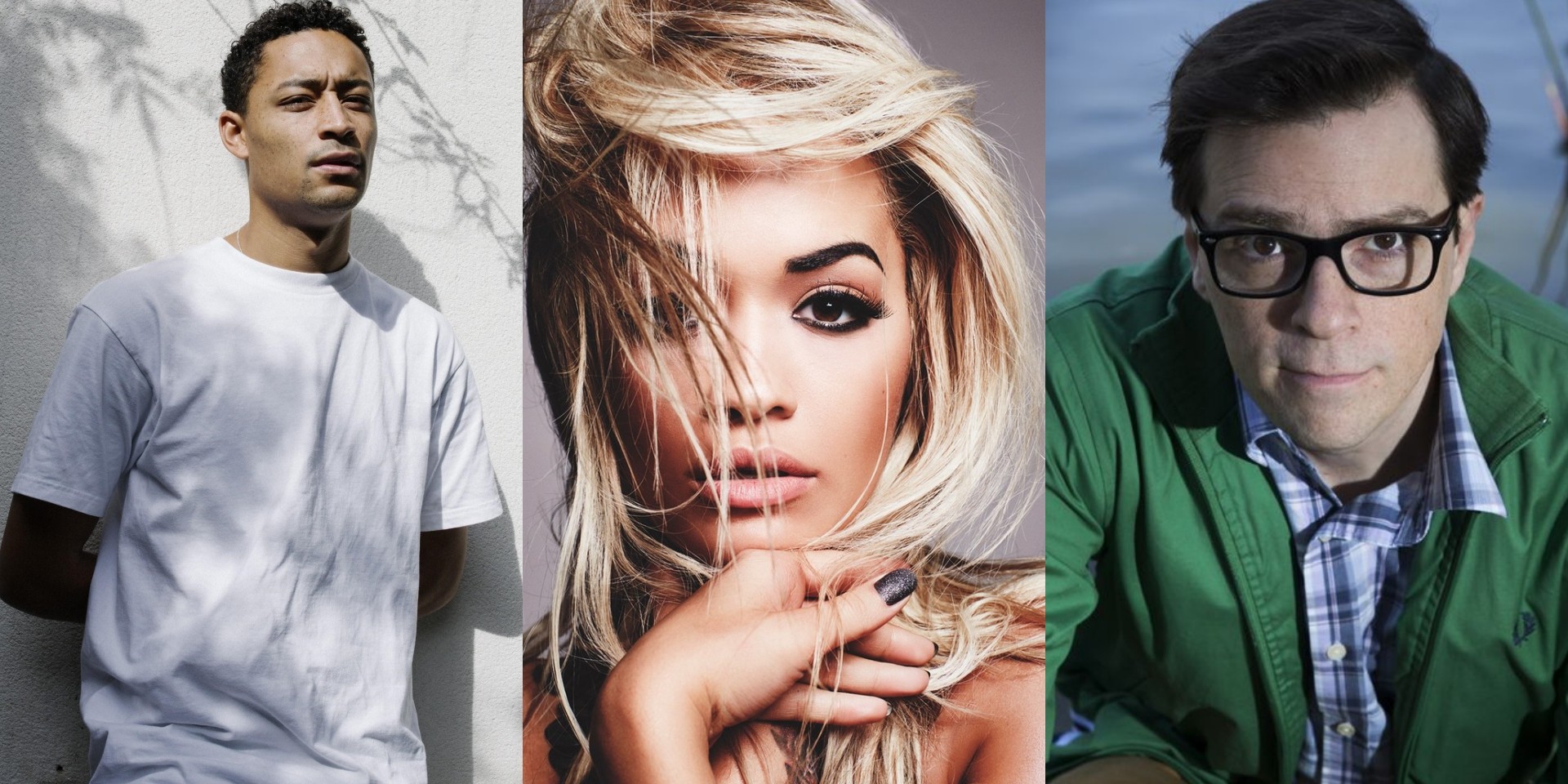 Fridays are a windfall of new music. Below, we pick out the biggest new songs that will take you into the weekend, without discriminating against artist or genre. This week's haul includes Loyle Carner, Rita Ora, Weezer, Ellie Goulding, Yellow Claw, SAINt JHN, Juice WRLD, benny blanco, G-Eazy and T-Pain.

Read how they fared below.

This is a locking of arms by two of the UK’s brightest, most vital new voices. Loyle Carner, the young, silver tongued MC takes the lead on this shimmering confessional, unspooling line after rapid-fire line of openhearted truths that an all-encompassing love inspires from oneself. The soft, gilded curve to his hardened edges, Jorja Smith, provides the supernatural beauty to this immaculately earthy exchange. Like an outstretched hand from up high, her coo reaches out to Carner and casts away his pain. But this relationship is two-way: He grounds her in love’s here-and-now. Together, they’re two halves becoming a lovely, battered whole.

Yellow Claw x Nonsens - ‘Give It To Me’

'Give It To Me', featuring Nonsens is a brisk, bassy, energetic banger that captures the energy of both parties involved, while giving fans a taste of what to expect from the Dutch trap duo's upcoming release. With festival season approaching, expect the pairing to drop the track at some of the biggest festivals around the globe.

Danger Days EP is slated for an 8 March release.

Ellie Goulding’s new single marks the first project from her, since her collaboration with Diplo and Swae Lee on ‘Close To Me’. She sings on a foundation built of gorgeous piano plinks and strings, showcasing her clear and ethereal vocals beautifully. In an official statement, she describes the song as one “that [she] wrote entirely from the heart that seemed to capture how [she] felt about not ever being able to let go of a past love, even though it was over for a reason.” The accompanying music video, directed by Riane White, is a likewise poignant visual translation of the song's charms.

So much of the Juice WRLD endeavour has been typically emo. But this second single off his sophomore record released today, Deathrace for Love, is different. Pivoting on R&B’s deification of one’s beloved – and the sublime yearning that comes with placing one in that singular place – he makes an unvarnished love letter of this song. Over producer Purps on the Beat’s spectral soundscape, made all the more heavenly by trilling string accents, he celebrates his love with uncynical ardour: “Yes, girl you're the best, take away stress, love me to death / Even when I'm a mess”.

'I'm Just Being Honest' is as close as we'll get to the Weezer of old, albeit not as enticing as its previous releases. While the track remains true to Weezer’s wheelhouse of charming earworms, it fails to keep the listener entertained throughout its four-minute runtime. The band has revealed that the record will see it experimenting with an amalgamation of genres and sounds, and one can't help but wonder if it should've stuck with the garage-drenched guitar-pop sound that made it a quintessential proposition in the '90s.

After a snippet of behind-the-scenes footage of G-Eazy and Blueface surfaced in the first week of February, we finally get to hear the fruits of their collaboration. Unspooling over a house-inflected JULiA LEWiS’ beat, which also samples Richie Rich’s ‘Let’s Ride’, both rappers’ unleash paeans of the beauty of the West Coast, with high-spirited bombast. Bold proclamations such as “Welcome to the West Coast / This is the best coast” and “West Coast / Real town business”, form the chest-thumping ballast of the song. Expect to hear this at clubs, parties and wherever the energy is contagiously kinetic.

What is it about Fridays that inspire big, gushing, I Love You and Only YouTM anthems? Of the crop of this week’s artists chiming in on the fray, Rita Ora imbues her episode of self-reckoning with a genuine measure of sincerity. The hook is unequivocal and idiot-proof: “I don't want somebody like you / I only want you, I only want you” and underscored by tear-stained confessions such as, “I don't wanna wear another mini dress / To impress a potential problem / I don't wanna spend the night at someone's place / To fill the space that you used to walk in”.

Like the hushed guitars that explode into big room proportions, she transitions from a wounded, pleading register to pure torch song intensity. Oh, 6LACK’s here, too, but this is Rita’s drama – his presence is non-vital.

The first superstar team-up of March has finally arrived. For 'I Can't Get Enough', producers Tainy and Benny Blanco roped in Selena Gomez and J Balvin to bring their seductive new single to life. The song boasts a stripped-down beat that still provides plenty of movement as a simple vocal loop twists around hard-hitting drums. Both Balvin and Gomez let their vocals drift over the punchy groove, lending the track a seductive delirium during the song’s simple hook. The combination of sheer star power and catchy hooks almost guarantees Tainy and Benny Blanco a spot at the top of the charts.

T-Pain surprised everyone today with the release of the full-length album 1UP, which features artists such as Profit Dinero, Boosie Badazz and Russ, to name a few. Rounding up the LP with the collaboration with Lil Wayne titled, ‘Goat Talk’, both rappers rap about their laurels throughout their career on a Bishop Jones-produced beat. It’s the ultimate flex from both, who are two of the most globally successful rappers. They remind the world of why they are the “greatest of all time” with lines such as “See, I got Grammys on Grammys, I got awards all in my crib/ Feed me Houdinis who wanted me to disappear/ They wanna replace me, how you replace top-tier?/ Bitch, you ain't new Pizzle, you just been here for a year”. And don’t you forget it.

There’s no room for argument here: “Only love a real nigga ever knew was trap”. Something needs to be said about SAINt JHN’s consummately Romantic ways. He has a way of elevating seemingly questionable things to sublime, cosmological importance. He did that with a porn star and now he bows before the trap and its attendant hustle with a palpable veneration. You hear it in the delirious quiver of his voice – Auto-Tune can’t erase that – and the narcotic pound of the beat. Lil Baby, unused as he is to such displays of emotional heft, relies on his street talk. It’s not uninspired but against SAINt JHN’s booming cries, it’s almost forgettable. Still, this track beats hard.