This past Wednesday, Canadian rockers Nickelback performed in Singapore for the first time ever.

With the band's debut concert in the country coming 23 years after its formation and nine records under its belt, concert-goers had no idea what to expect from the setlist. Luckily for all fans in attendance, old and new, the band put on a spectacular show with a varied setlist that covered the band's greatest hits as well as deep cuts off earlier albums. There was something for everyone; from the acoustic sing-along during 'Hero' to the all-out assault that was 'Burn It To The Ground'. 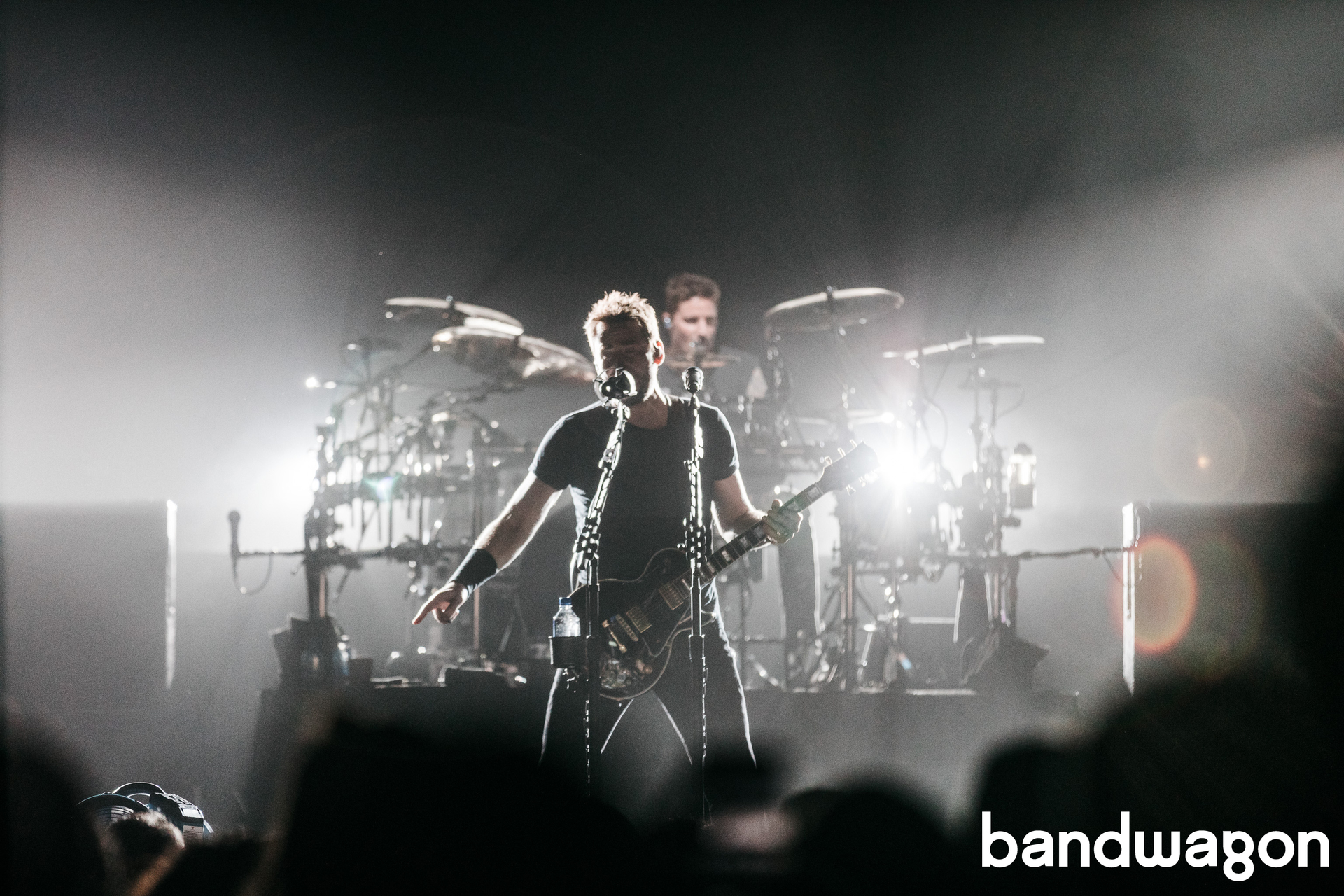 The band kicked things off with a frenzy as it launched into the fast-paced 'Feed The Machine', demanding the undivided attention of those in attendance. Once the song was done, the rock quartet carried the moment into the second of the night, 'Woke Up In The Morning' from 2001's Silver Side Up. After the last note was played, the house lights came on and frontman Chad Kroeger greeted the crowd to deafening roars. After expressing his excitement and gratitude for being able to perform in Singapore, the charismatic vocalist chugged a beer and promised the crowd that they were in for a good time. And that's when the show really got started. 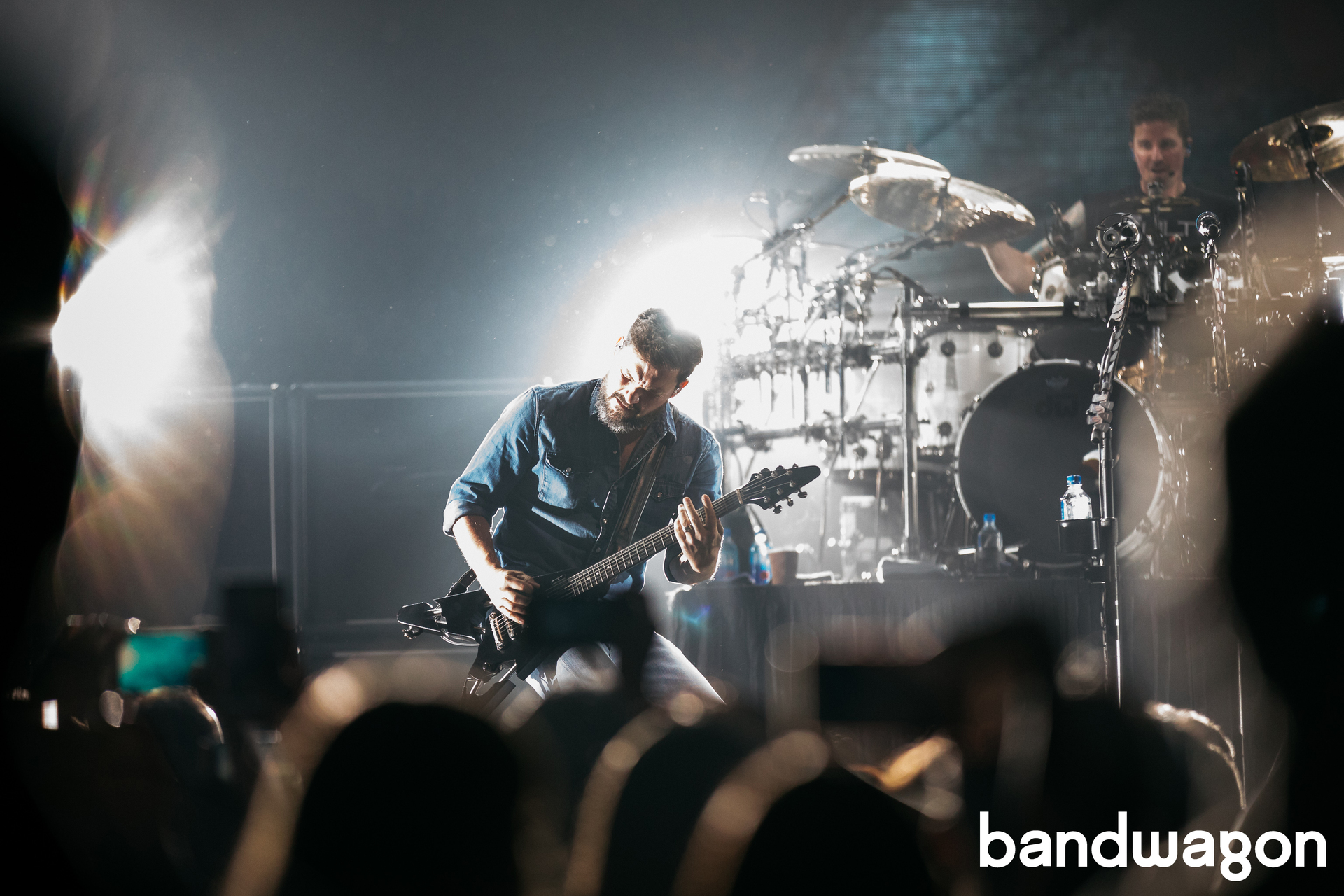 The third song of the night saw the band pull out one of its biggest hits of all time: 'Photograph'. From the opening second, the crowd's sing-along flooded the venue, matching Kroeger word-for-word. With the band's minimalist set up, Chad made his way to the top of the stage, in front of a huge LED screen, where cameras were projecting a live feed of the crowd and members of the band. 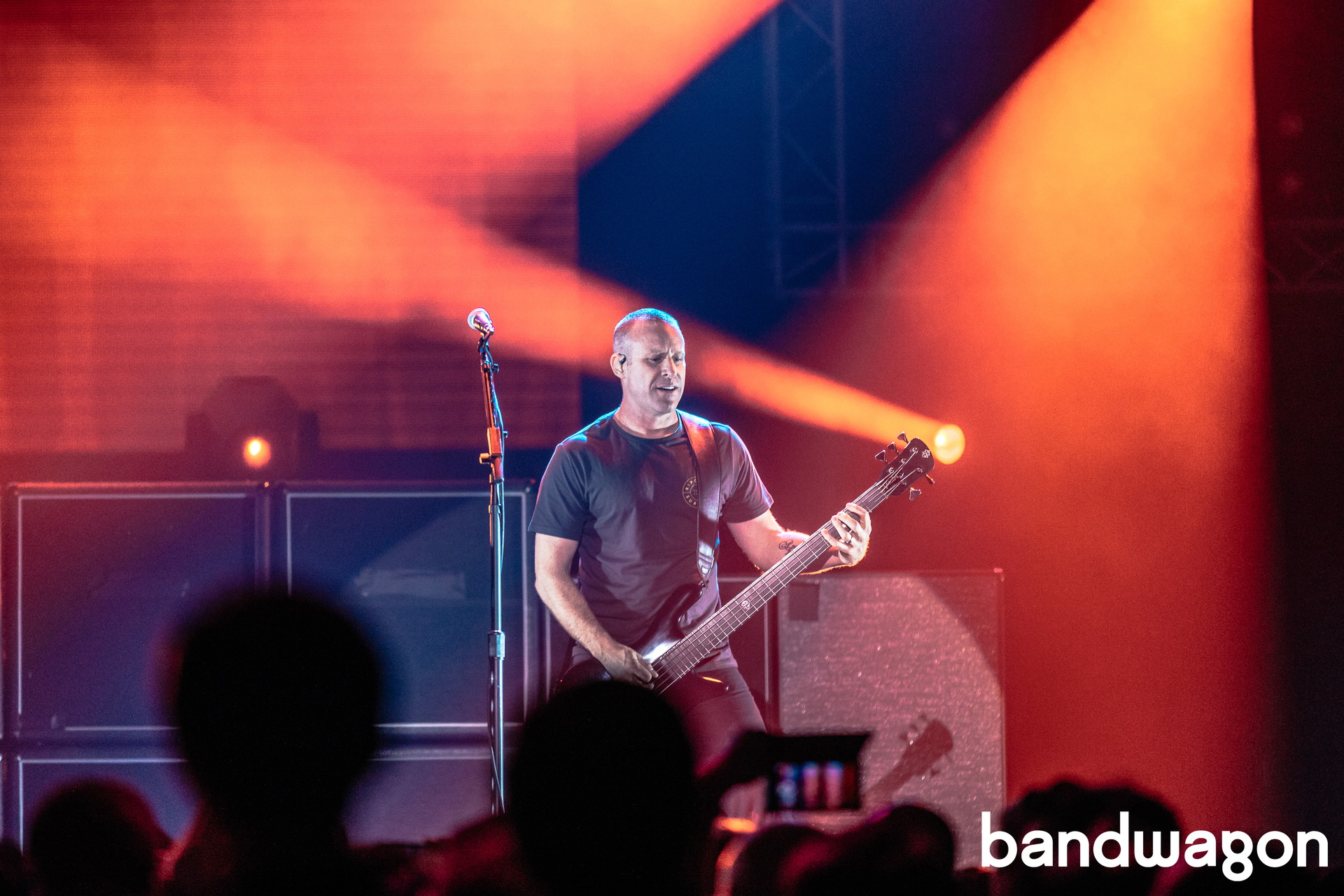 Throughout the night, Chad engaged with the crowd and joked around with his bandmates, stopping to chug a beer every now and then. At one point, as Chad began playing a song, the lights dimmed and he remarked "If you leave me in the dark, I’m not gonna be able to see where the fucking chords I'm playing are," which was met with a roar of laughter from the crowd. The band ran through 'Far Away', 'What Are You Waiting For?', 'Hangnail' and 'Something In Your Mouth' before treating the crowd to yet another sing-along with a cover of Chad's solo track 'Hero'. 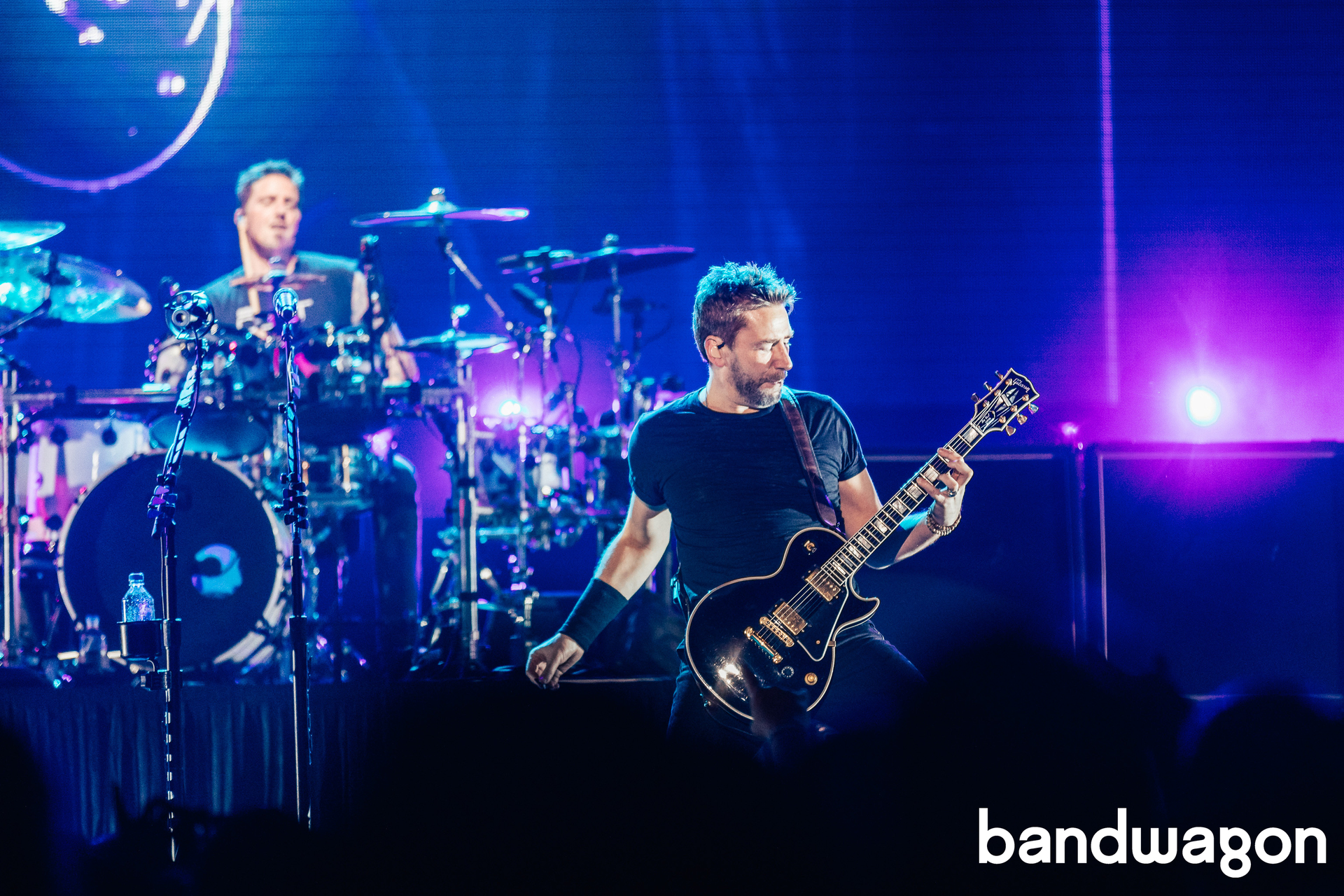 For 'Rockstar', the band picked out two fans from the crowd to live out their rock star dreams, as they sang with the band onstage. While the band was consistently tight throughout all of its performances, the performance of 'How You Remind Me' was something special. With little to no visuals projected on the screen, the band played to a blacked-out venue, save for the spotlights shining on it. In that moment, it was clear that whatever hate the band had garnered over its career was unwarranted. The band, which has since gotten over feeling bad for itself for all the hate, has made the most of the cards that it's been dealt, performing to countless sold-out arenas across the globe. 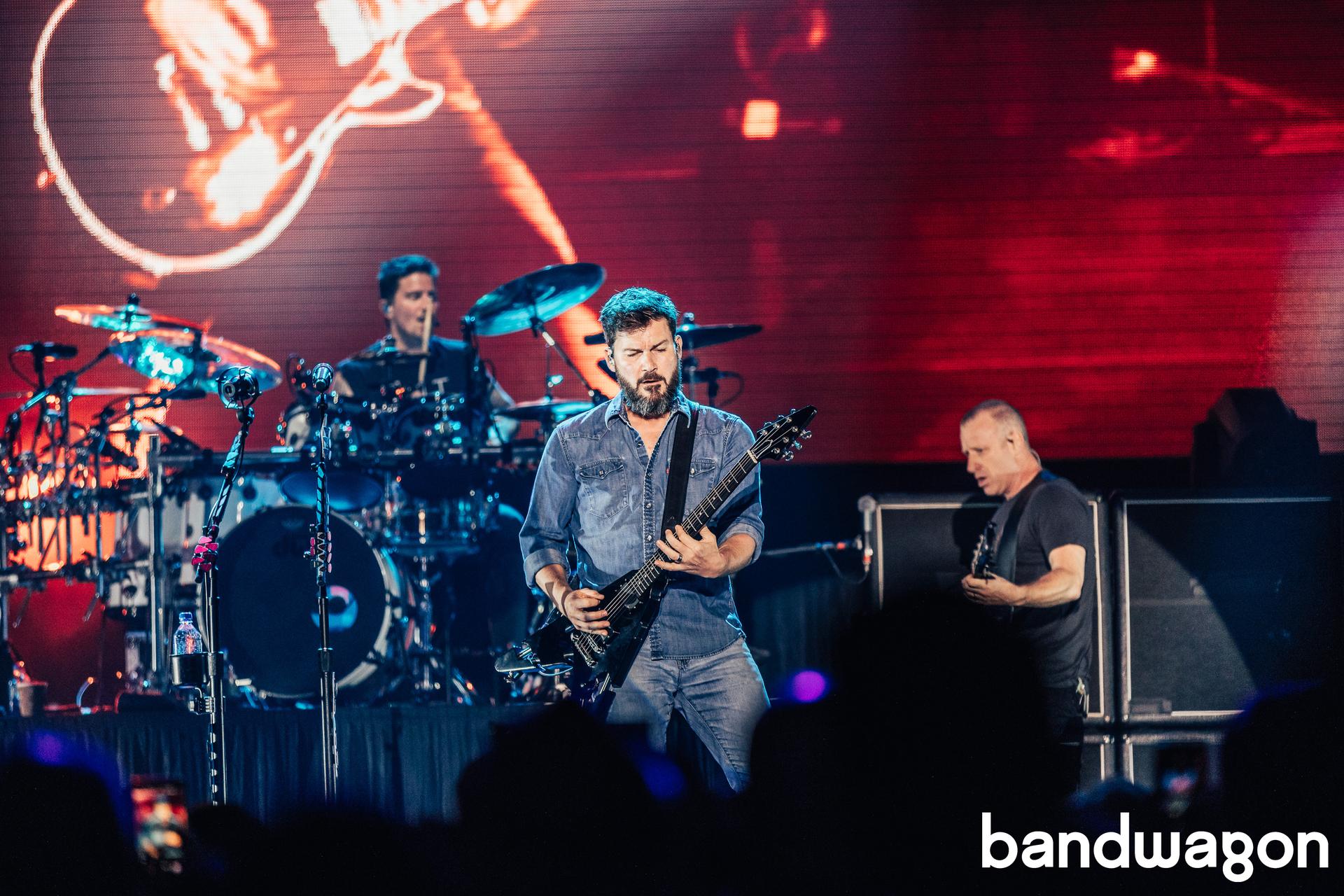 Chad showcased his bedazzled les Paul while drummer Daniel Adair, bassist Mike Kroeger and guitarist Ryan Peake showed off their musicianship as they provided backing vocals throughout the night. For a band that is so widely despised, it's hard to deny that they're great musicians and even better performers with a ton of charisma. After all, they are one of the biggest rock bands still working. 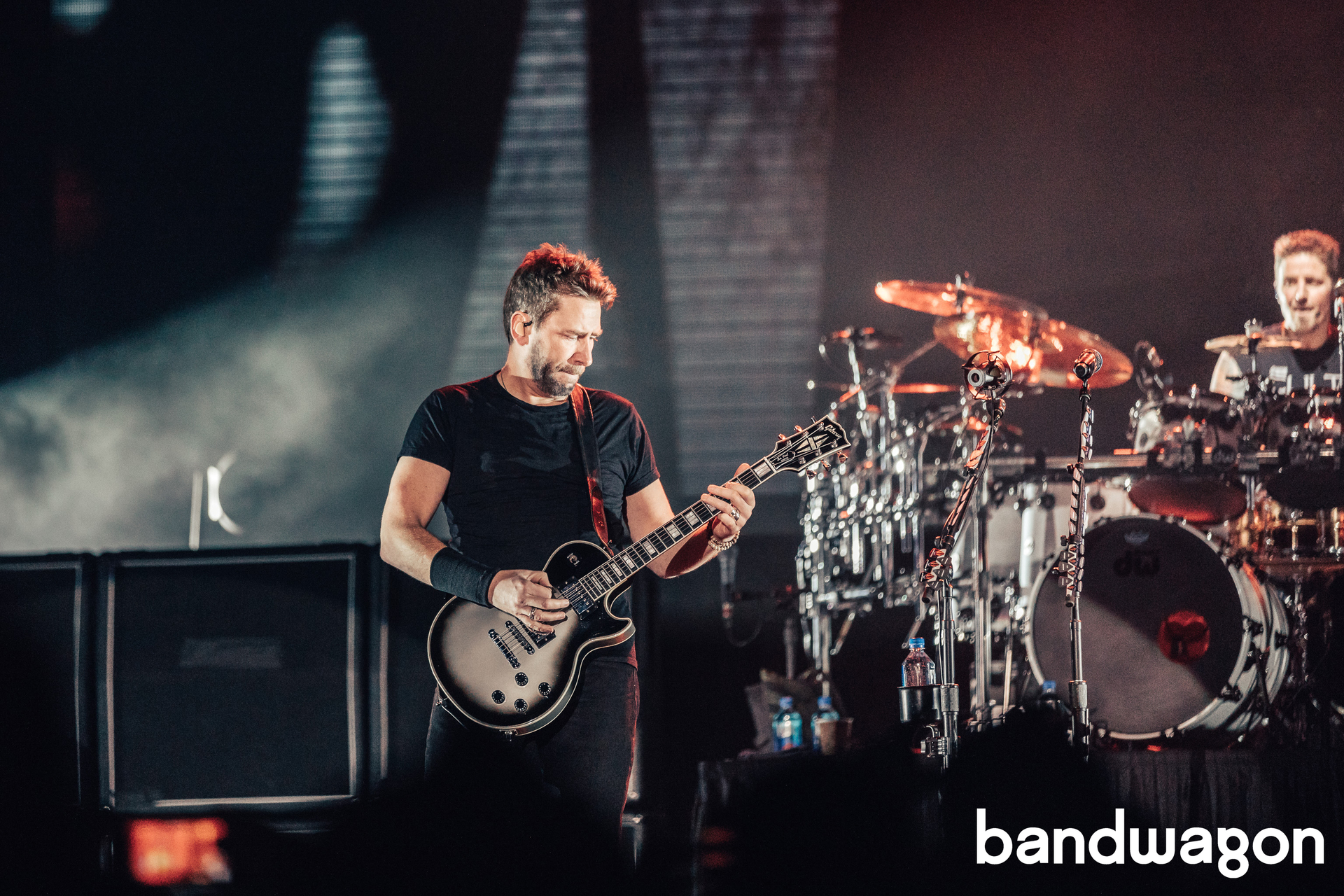 Amidst all the dad jokes and Internet meme-ry, Nickelback has proven time and again that despite all the hate, they’re bona fide rockstars and they deserve every ounce of fame they’ve gotten thus far.

Nickelback's Feed The Machine World Tour Setlist:
'Feed The Machine'
'Woke Up This Morning'
'Photograph'
'Far Away'
'What Are You Waiting For?'
'Hangnail'
'Something In Your Mouth'
'Hero' (Chad Kroeger cover)
'Figured You Out'
'Someday'
'Lullaby'
'Animals'
'When We Stand Together'
'Rockstar'
'Gotta Be Somebody'
'How You Remind Me'

Encore:
'Million Miles An Hour'
'Burn It To The Ground'