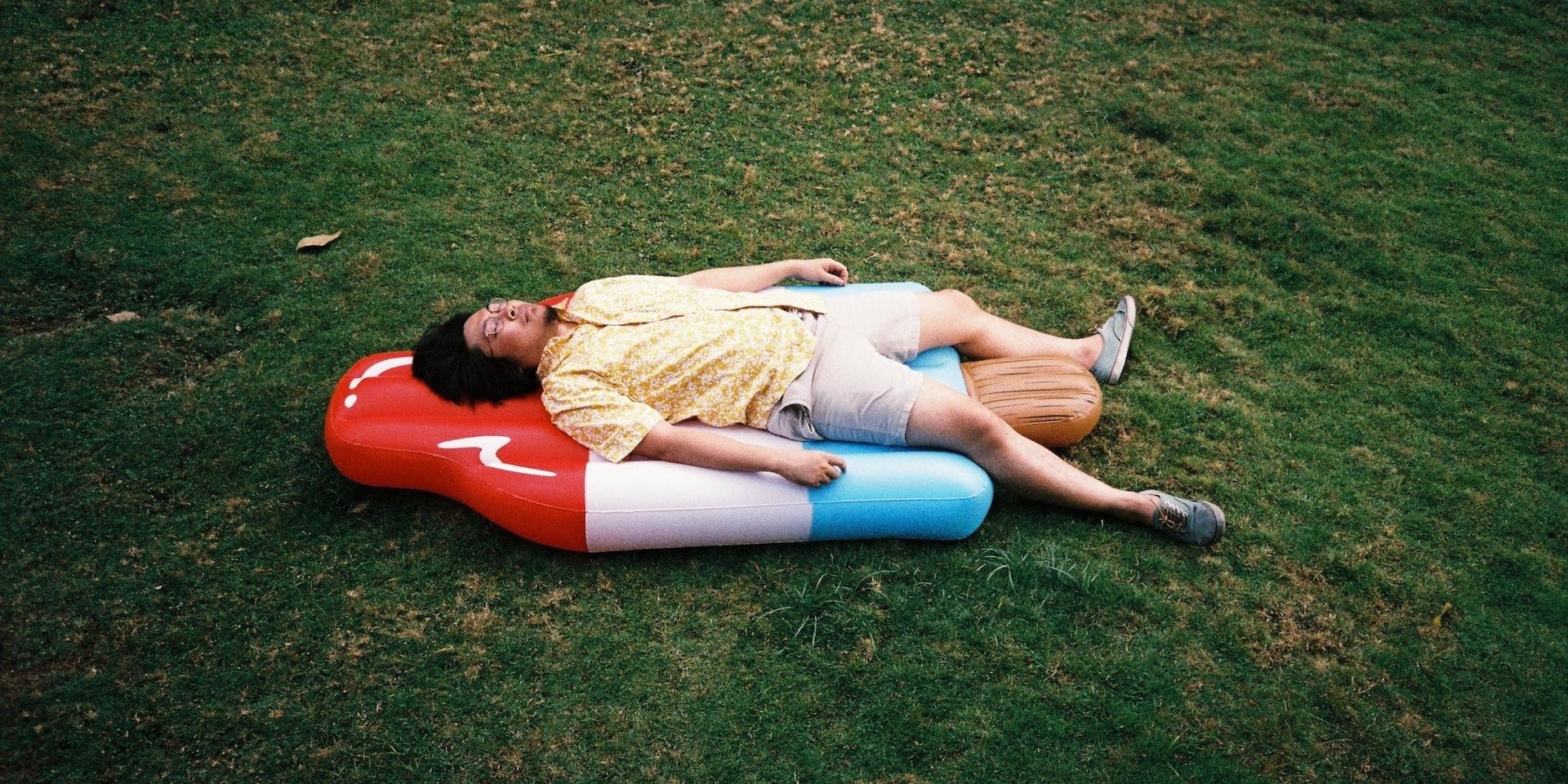 It might have all started with an accident from a failed somersault, but Nights of Rizal's debut album summer/salt  helped the Filipino electronic singer-songwriter realize some important things about life.

"If you stop doing anything for long enough, even something as simple as walking, it's possible to forget," Nights of Rizal (né Migi de Belen) explains. De Belen, who self-wrote, composed, programmed, and produced the album, brought in co-producer A.A. Enriquez and collaborators Clarence Garcia of tide/edit, Aina, and Ean Aguila of Ang Bandang Shirley and Stomachine to the studio with him. Together they delivered the 10 tracks that embrace the ocean and its sounds with words inspired by some of De Belen's favorites in classic literature.

Following his May 9 launch at Route 196 with Ang Bandang Shirley, Oh, Flamingo!, Lions & Acrobats, Run Dorothy, and Nouvul, De Belen caught up with Bandwagon to tell the stories behind each track of his debut record.

I wrote this as a throwaway live soundcheck, but with the addition of a single phrase it evolved into something much more.

I challenged Clarence Garcia (of tide/edit) to improvise multiple riffs played over the same tempo—no other rules—then I remixed his riffs to come up with this song about “first time feelings”.

I reimagined scenes from Homer’s Odyssey (a college Lit major staple) into this catchy love triangle.

Features another scene from Homer’s Odyssey, and features my real-life girlfriend/manager—but not real-life mermaid—Aina Sevilla.

Written to transition from the slow-midtempo “summer” half of the album to the more upbeat “salt” half and it’s basically me writing about writer’s block.

I used a lot of sub-bass to try and capture the physical sensation of being tossed by waves and dragged underwater.

This song is about escaping city life, expressed through the song’s midsection: where my electronic beats suddenly give way to the soulful lead guitar of Emmanuel "Ean" Aguila (of Ang Bandang Shirley).

"Keep Moving" is what sounds the most "electronic" or even EDM off summer/salt. It's about coming back home to the city from a vacation, yet hardly feeling "at home".