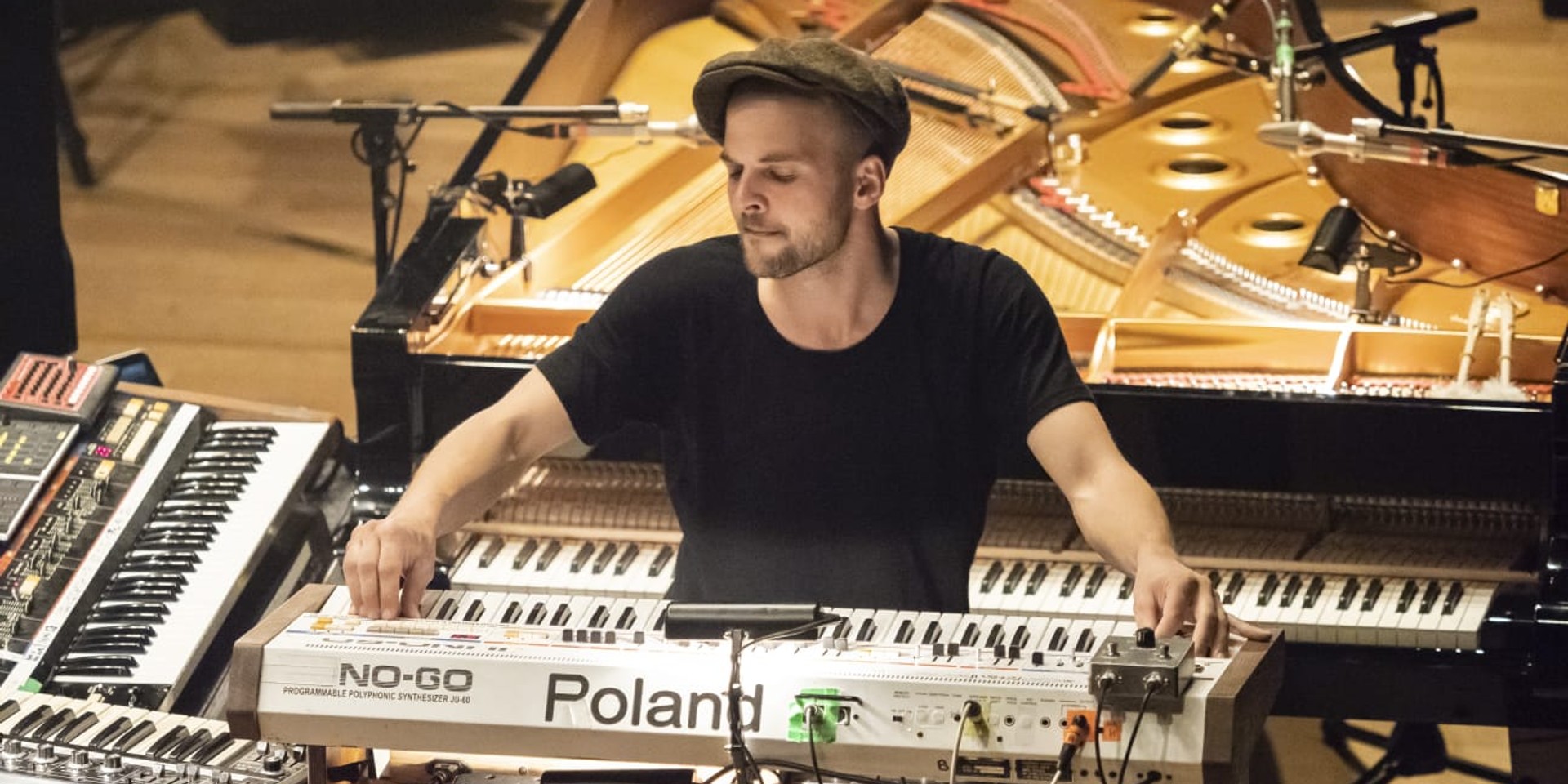 Words by Karen Gwee
Photography by Esplanade—Theatres on the Bay

Eleven keyboards: that’s how many I counted when I squeezed down to the front of the stage to gawk at the gear that remained onstage after Nils Frahm took his leave after a unanimous standing ovation at the Esplanade Concert Hall.

That number included a Rhodes piano, a grand piano that Frahm got really intimate with on ‘Toilet Brushes – More’ during the encore, and a “little Danish piano I travel with,” as the keyboard connoisseur described it, patting it absent-mindedly and a little affectionately, during one of his lighthearted interactions with the audience. 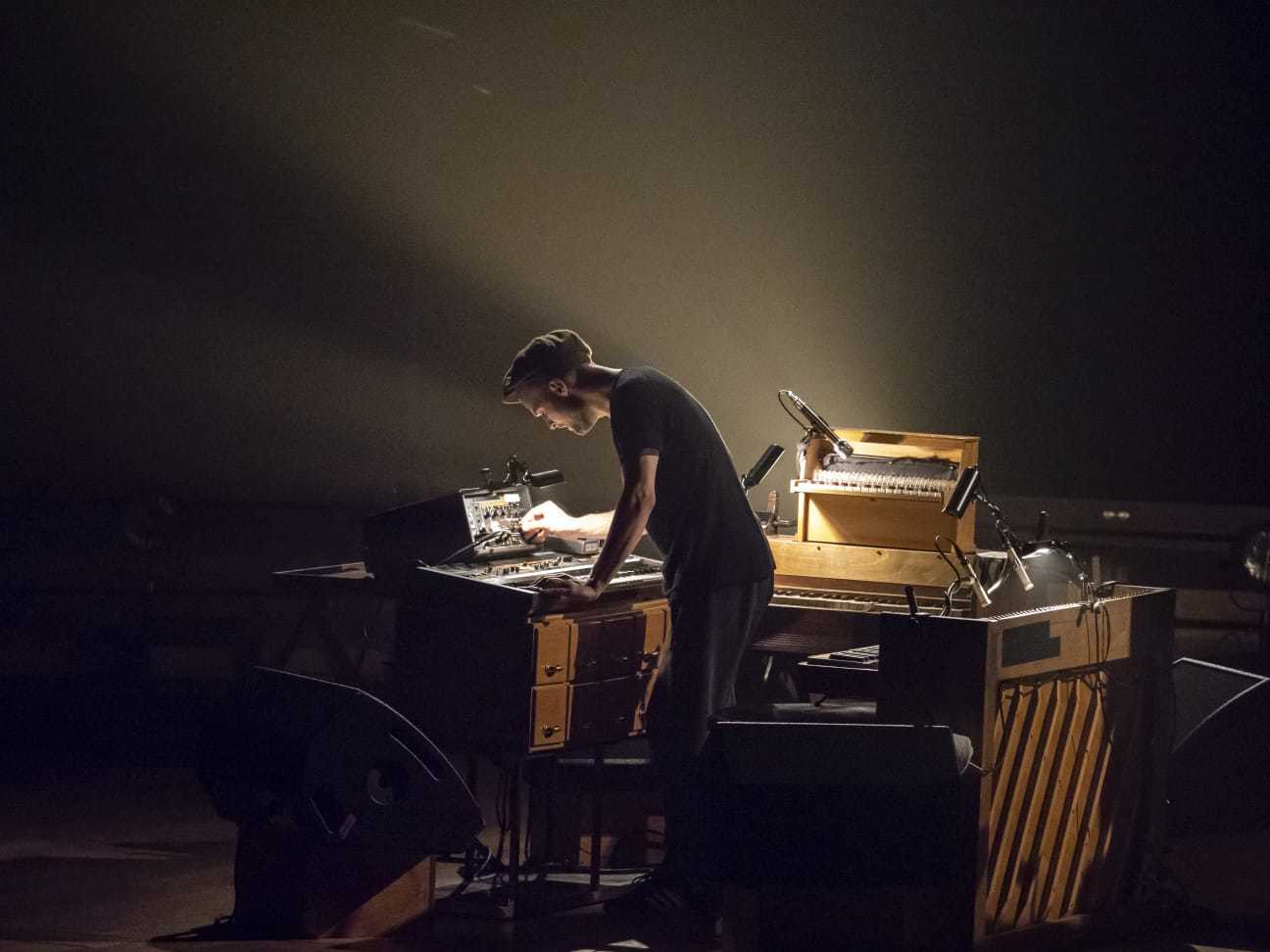 Frahm might be a lifelong pianist and in fact the man behind international holiday Piano Day, but fans will know his bona fides belie the fact that he is no traditionalist. Across Frahm’s career, he’s explored the polarities of classic piano compositions and more electronic sounds, and with recent album All Melody in particular, also the space between both.

The Esplanade’s audience got a taste of both during his breathtaking concert as part of the Mosaic Music Series two weeks ago. Frahm flitted between teasing out delicate piano melodies on his beloved Danish piano and twiddling knobs on his synthesisers, grooving to his own rhythms as he went. Frahm’s set, understandably, was dominated by material off All Melody, and though I did notice the absence of the more human sounds that Frahm weaved into songs like ‘The Whole Universe Wants to Be Touched’, it was hardly anything to complain about. 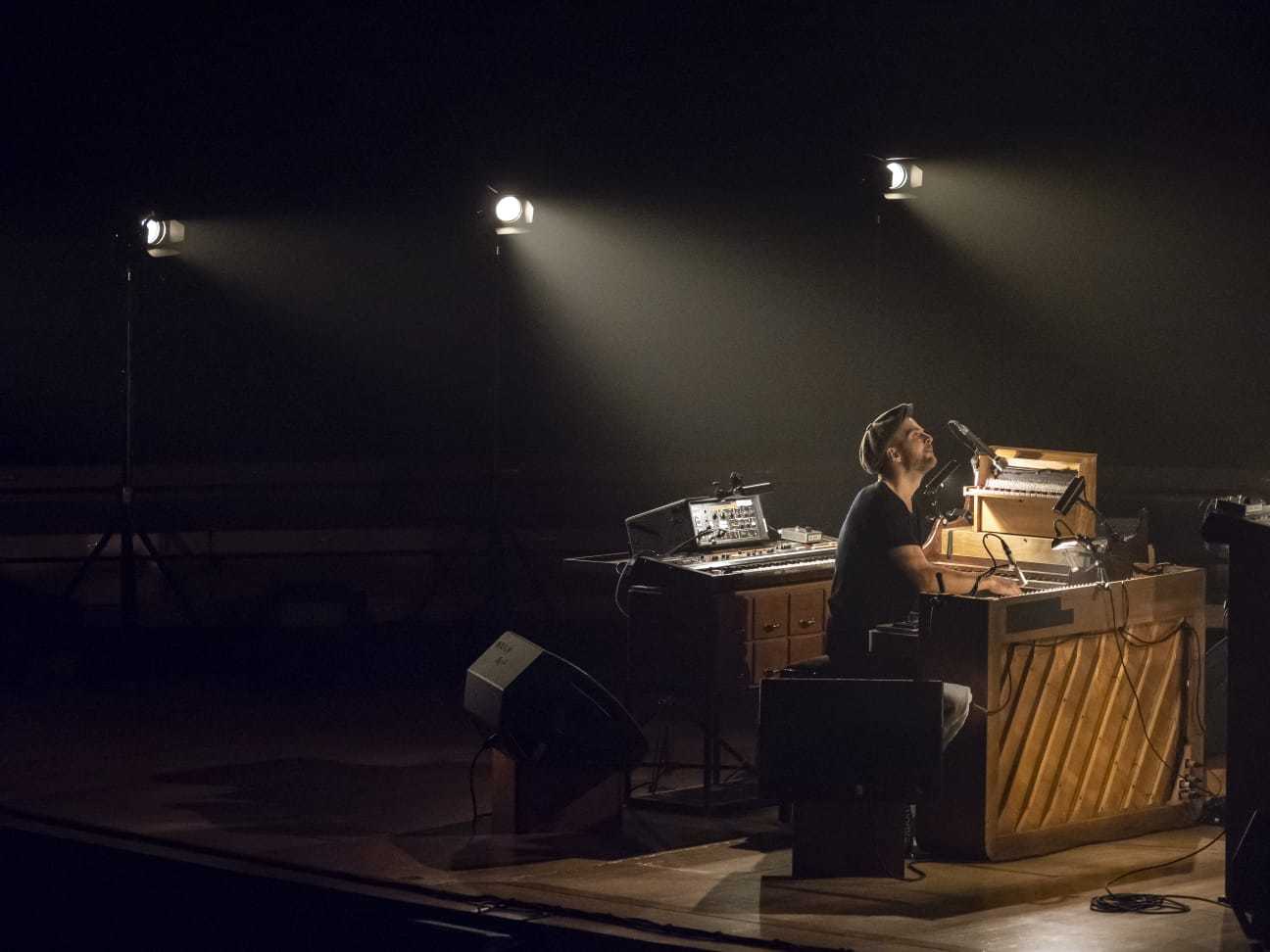 Frahm’s gear was bisected into two adjacent setups – one on the left that gave the vibe of a cozy study, and one on the left that looked like the cockpit of a spaceship. When he wasn’t hunched over one setup, he was walking briskly between both, never missing a beat. Looking at the menagerie of technology onstage and thinking about how Frahm (and his engineers) know each device in and out, and how to summon sound that pulsed in time to create enveloping soundscapes, was mind-blowing.

Not that Frahm lorded his sheer talent and artistry over the audience. Candid, generous and possessive of a dry, self-deprecating wit, Frahm struck me not just as endearingly friendly, but accessible, especially when he methodically broke down his hit song ‘Says’ (if a musician like Frahm can be said to have a ‘hit’!) and why audiences love it so much. On ‘Toilet Brushes’, he took said brushes and started applying them to the microphone – and just as awestruck audience members might have thought this was some high-brow artistic move beyond their understanding, he turned to the audience, assuring them he was obviously taking the piss. Who knew genius could be so grounded? 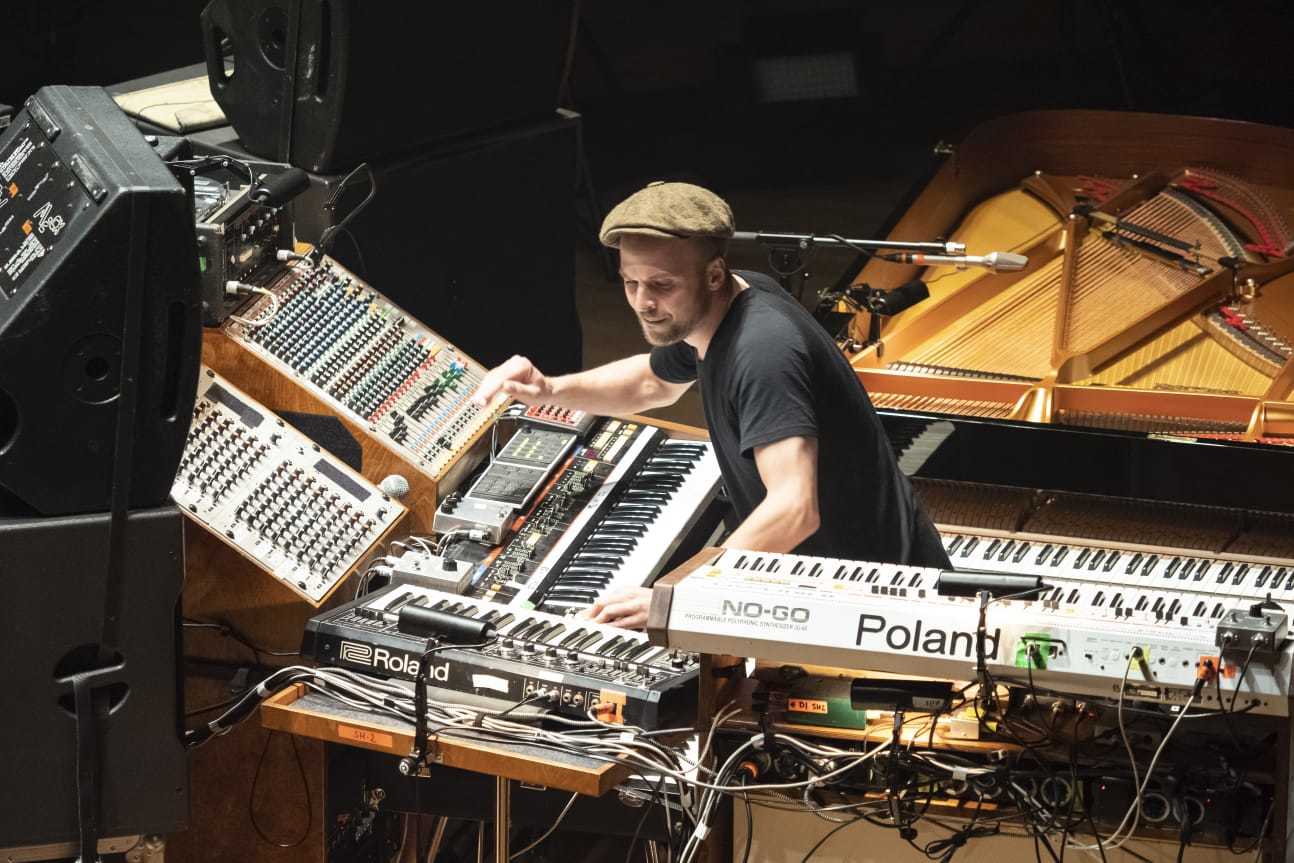 Special thanks to the Esplanade for the invite.