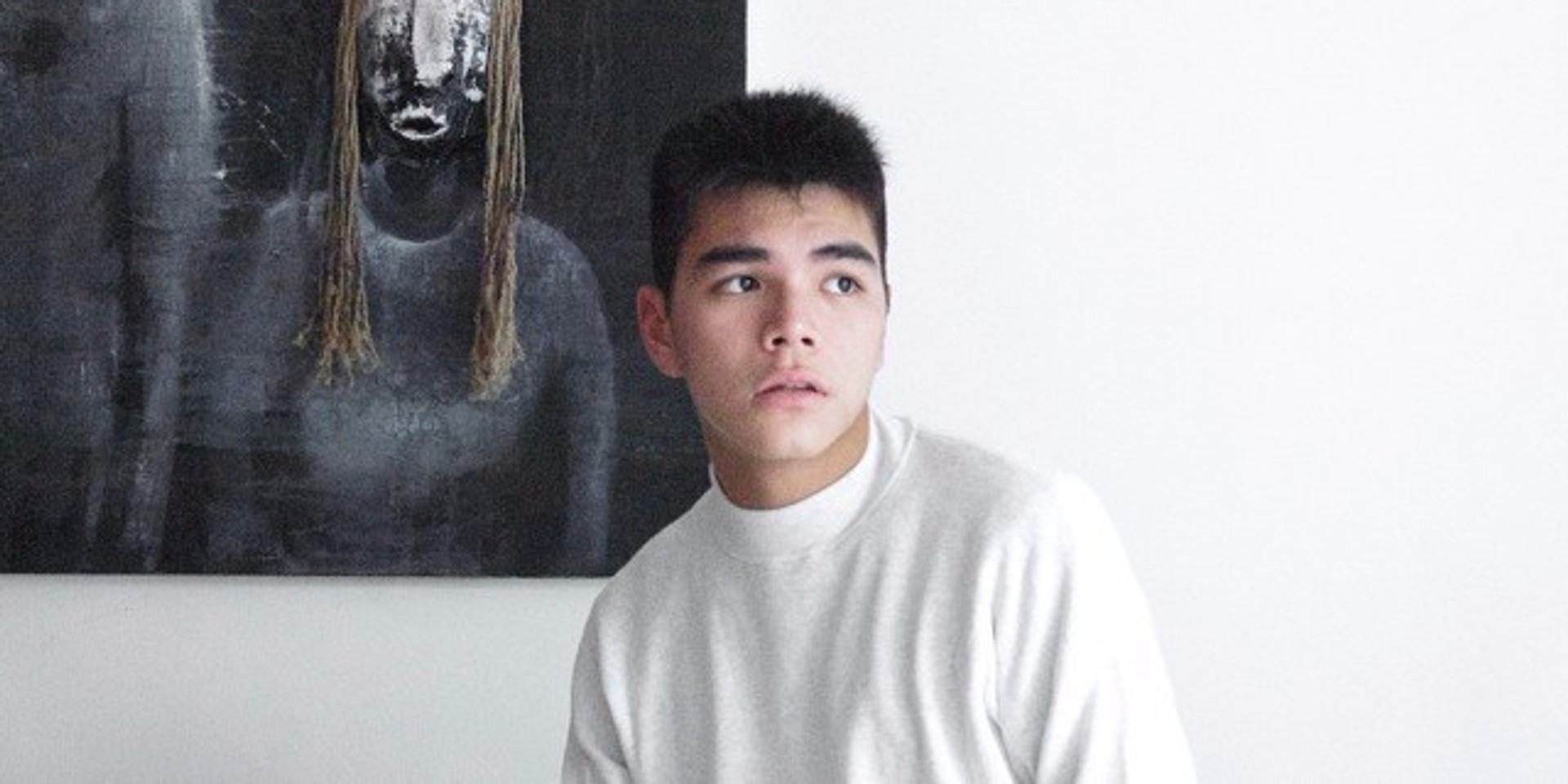 Earlier this year, we introduced you the spiritual and socially-conscious ballads of Of Methodist, one of Singapore's most promising and intriguing singer-producers at the moment. Coming off a mesmerizing EP called Pvlgrim, (watch the music video for lead single 'Resonance' here) the late-teen musician already seemed talented and thoughtful beyond his years.

But as with most young artists, the growth is always exponential, and with Of Methodist's newest works, we really get to see the musician come into his own. In recent months, new singles such as 'Ghost Lager', 'Bloodless' and 'Witch In The Veins' have presented us a fuller-bodied take on his art - balancing darkness, elegance and intellectual themes.

As he himself explains, "I cannot explain just how much this record means to me in terms of context, sound and development. The premise of the record was initially based on depravity and marginalization. Boosted by Hari Nef's inspirational speech on TED and an essay about marginalization within the marginalized, this EP speaks of unity and compromise as a weapon against crisis, hence the name of the record."

"Of course, this series of tracks are powered by emotional heartbreak as well, as It looks into levels of human relationship and really works from its corrosive and erratic behavior. Coven is a direct sequel to Pvlgrim and expands upon many ideas about religion and nostalgia, however this time, in a more shameless and evocative manner."

We recently talked to Of Methodist himself to discuss the thought process and personal narratives underpinning his sophomore EP.

"Conduit is probably the most elusive track I have written, but it directly references the EP that came before it, Pvlgrim, especially in that first lyric: “I took a wrong turn”. This track speaks of changing yourself for the sake of relationships, only to be met with failure. In many ways this preface is a conduit for bringing the sound from the first EP to the second because of how it morphs and transforms from something that might have fit well in Pvlgrim into this confused and enraged monster that is Coven."

'Witch In The Veins'

"The first thing you hear is this adrenaline and heartbeat like 808 kick. 'Witch in the Veins' is about this overpowering self acceptance, not worrying about scrutiny or falling into people’s expectation of you: “too far from my original form”. It is timeless, but it is specifically written in the context of sexuality and retaining this innate persona after being under the tight grasp of religious and societal austerity. I compared it to witchcraft for obvious reasons. An immediate response to 'Conduit' and very much a response to this attack of transgenders where transgender women have been attacked by some feminists (not all of them, only a certain movement) for being this embodiment of everything those activists are against but on the other hand these women have to face this risk if they are unable to conceal the bodies they were born with. I don’t want to go into much detail but it affects me, I’m on their side and I stand with them till I die and everyone really should too."

"I low-key love this track so much! Maybe my favorite actually. It is this one extended religious metaphor for heartbreak. It talks about immaturity as a factor in the destruction of a relationship alongside disregarded sacrifice and useless compromise. There are so many textures here, I love it. This is honestly the track i envisioned myself writing since…  forever. It is angry, passive aggressive and patronizing, everything against Of Methodist in general. But you get what I mean, when you are pushed to the limits and that caring and loving side of you just disintegrates, what are you left with?"

"One of the final stages of grief, is depression: volatile, substance abusive, self hating and detrimental to the creative process. This track is all that, represented by this maelstrom of soaring bells and whining synths. 'Ghost Lager' was inspired by by Bones - 'HDMI' and also fashion shows, believe it or not, specifically Givenchy and Alexander McQueen. I went through this visual fashion phase that altered my entire vision for Of Methodist aesthetically, so there are bits of that infused in this as well. Ultimately, this number really needed to be climactic."

"After the relentless pounding from the four songs before it, comes 'Bloodless' which tones it down a bit. Some see it as acceptance and others see it as defeat, but I see it as a mix of both. I started writing this probably two years ago. It questions morality in a world consumed by depravity and venom that I just question my faith and worth. Of course, met with no answers but even more questions. Winking at 'Conduit' though, its similar styled distorted beat break suggests yet another re-morphing; and potentially a follow up record.

'Bloodless' also addresses how draining the process of writing the record was. So why name this record Coven? As much as it is a toy on the lyric “witches in my head”, a stance on the ritualistic sounds of 'Saint XCVII' or 'Ghost Lager'  or maybe the notion of “a coven of emotions", I named it Coven because the experiences exerted on this record are not isolated to me and what gets me through are really like minded people. Something that I am grateful for because you need to rely on an external, physical and tangible coven when the one within you is broken."