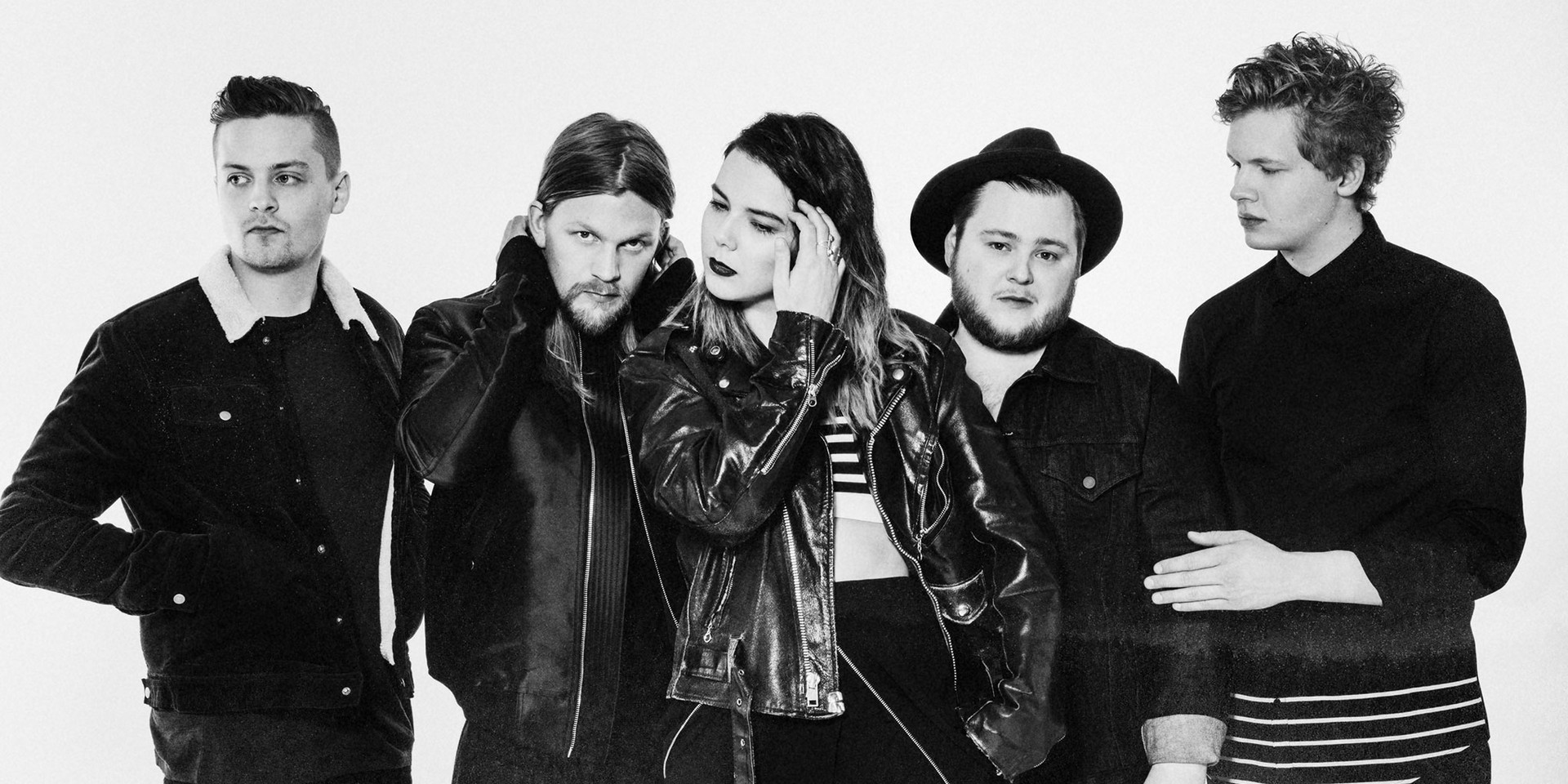 Often, musicians lose themselves in the delirium of success and demanding expectations of the music industry.

The band was formed in 2009 as an extension of lead vocalist Nanna Hilmarsdottir's solo project, Songbird, and after winning the music competition Músíktilraunir, they became a full-fledged unit. A year later they released their EP Into the Woods, and have since released two studio albums — the runaway success My Head Is an Animal and, most recently, Beneath the Skin.

Their unique brand of euphoric folk-pop has evolved and elevated them into a realm of maturity, mainly through inspiration and experimentation, and constantly seeking out their natural musical inclinations. Their music changes with them — their stories, highlighting the subtle undertones of their experiences, births each record that have since made them a dominant force in indie pop.

They’re indubitably devoted to their music, its energy and the emotions it evokes. When speaking with the illuminating co-founder and vocalist Ragnar Þórhallsson, their organic music-making process and inspired perspectives have never been so clear.

That name seemed to fit with what we where doing lyrically in the beginning. We had some other ideas but there was something about that name that felt right to us. I think choosing a name is all about a gut feeling. You go with something that feels right.

Many of your songs encompass an inspiring blend of spirited and impassioned driving tempos that enlivens your music. ’Hunger' specifically starts off with an elusive slow sound, before it escalates to a strong, potent beat that drives the vocals forward. Would you say that this technique is intentional and signature of your musical style?

It's something that comes very naturally for us. We love to create contrasts, so our songs often tend to start off slow and slowly build into something big, or we start out with a bang and then drop back down. It's fun to play around with when writing music.

Your most recent album, Beneath The Skin is a lot more intimate and personal, contrasting your adventurous first album, My Head Is An Animal. What was the process like putting together "Beneath The Skin"? Was there any intention to make a stylistic shift? And if so, how did you fit the emotions into your music so that it would resonate with your audience most effectively?

We didn't necessarily aim for a style change, I think it's just something that happens with time. You're not going to be writing about the same thing over and over again. You go through new things, new things excite you and inspire and the things you create change along with that.

Your writing style is very much poetic, yearning and imaginative. It doesn't feel forced and it seems like that’s one of the reasons you manage to reach such depth: it comes from the heart. How did this writing style evolve? Are your lyrics a culmination of all your voices or does one band member's voice represent you all?

The lyrics are a collaboration between Nanna and myself. Our process is very simple, I'd say. We just kind of sit down for coffee with our guitars and start talking about the song we're working on. We try not to force anything and if something isn't working we move on. It's all about finding the right feeling for each song.

As a band with two lead vocalists, you have the power to truly speak to your audience through two perspectives. In 'Wolves Without Teeth', both vocals alternate in lyrics as if conversing with each other, but they also simultaneously exude the same emotional depth and meaning when they come together in the chorus. How do you manage to effectively utilize this without making two voices seem excessive?

I think two voices don’t have to be excessive if you use them correctly. We kind of like to go by the melody and the feeling of the song when choosing who sings what. Some melodies feel like conversations others don't.

The art of storytelling in music is one that is often understated. It is said that stories can allow one to delve into lives that aren't necessarily theirs, but still teach them about themselves. How do you perceive storytelling as a musical outfit? How do you blend all your ideas and stories together to create one fluid, relatable record?

I think the most important thing is to write about something that is important to you. If you're doing that, chances are other people will relate. If you're writing all the songs at a similar time in your life they're going to have a similar underlining tone.

As much as you feel like you’re writing about different things, you're always stuck in the same box of who you are at that moment and what you're going through, and that's going to control the outcome. That's why I try not to think too much about it. It's going to flow no matter what, that is if you're writing about what's important to you.

After two albums with contrasting vibes but very similar sounds, do you think you have found your sound or are you still exploring where your music may take you? What are your musical plans for the near future?

I think we like who we are and what we have done, but it wouldn't be much fun if you weren't always exploring and trying to broaden your capabilities as a musician and songwriter. I have no idea what our musical plans are, or where we'll take our sound, but I'm excited to start working on the third album. 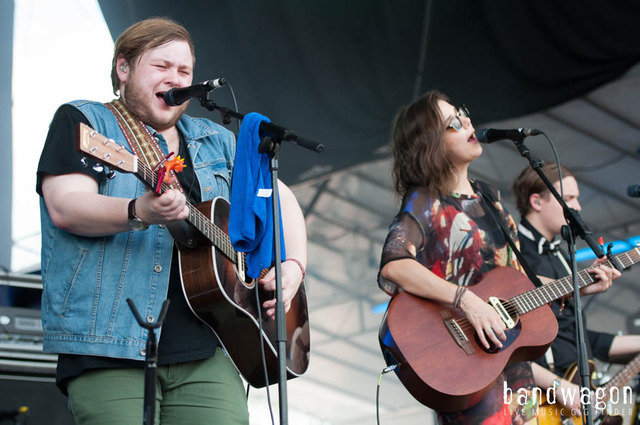 Of Monsters and Men making their live debut in Singapore at Laneway Festival 2013.

If you had to, what advice would you give to aspiring artists, in terms of both songwriting and performing?

I'd say make music if it makes you happy, don't try to do it because you want to get famous or because of the money. If you get recognized then that's a whole other ballgame but in the meantime just work on your craft and do it because you get something out of it yourself. That's the main thing.

What is the one thing you look forward to when you’re onstage?

I like a lot of things about being on stage but if I had to choose just one thing it's probably just feeling the energy in the room. It's exciting, anything can happen and everyone is watching you.

How important is audience participation to you?

It's very important. We feed of the energy of the crowd. If you're feeling kind of shit going into a concert a good crowd can totally turn that around. A good crowd makes our job so much more fun.

Of Monsters and Men will perform at The Coliseum, Hard Rock Hotel Singapore on May 10th, as WOAH Fest's second sideshow of 2016. Tickets are still available here.

The Icelandic folk group will then head to Manila on 12 May to perform at the World Trade Center. Get your tickets here.