Lo-fi pop was the genre of the night with local quintet Obedient Wives Club opening the night after doors at Home Club were delayed by an hour. (But after all, good music is worth the wait right?) 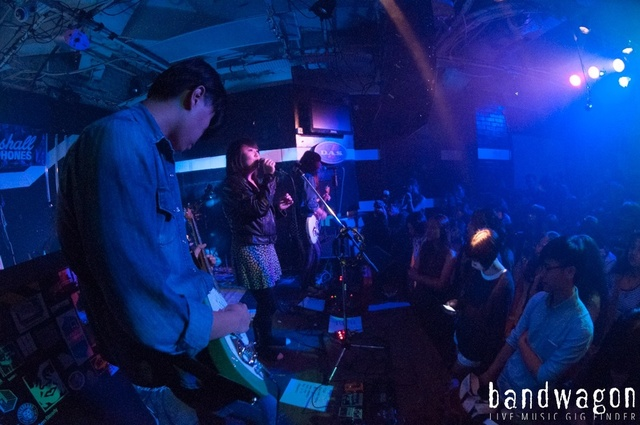 Props to Obedient Wives Club for jumping right in as their class of music could be what you call perfect background music after a couple of beers, or five while waiting for the night to get started. And if swaying echo-heavy hits are what you dig, Obedient Wives Club doesn’t come up short at all, the band appeared well adjusted and maybe even comfortable on the modest stage of Home Club which did almost nothing to contain the sound this band had on offer. I especially loved the vocals on Yinqi and coupled with Cherie Ko’s soft wavering whisper of a voice, the combined effort is captivating, even sounding a little like a carbon copy off surf pop’s darling (and Window 8’s endorser) Best Coast. However, after skimming through the first few songs, ‘Fragments’ and ‘This Is It’, the guitars start to pierce up almost unwittingly and the vocals start to be held back by heavy effects that sound like they came off the back of Thom Yorke’s array of dysfunctional synthesizers. Call it a bad experiment but the slow transcend to melancholia was hard to shake off but I’m in no means trying to discredit them, they are a great opening band.

After a filler of M83 songs to keep the mood going, Beach Fossils trotted through the crowd with their easily distinguishable sense of fashion.  In a city like this so far from home, it is always a good idea to start with old releases; and that was what they did, ‘Youth’ was first off the playlist give the crowd a good rousing. It didn't take much of an introduction before the little area before Dustin Payseur and co. turned into one mega dance party, with the horde bopping their heads and shoulders to the beat and others seeming like they've been overtaken by the music gods themselves. It’s a shame that the crowd was small but the energy was there and I could see this was what Beach Fossils came to play for and what we as show-goers love to see at every show we go to. "We are playing too hard, we’re tuning after every song, Jesus!" and that was exactly what I most relished to hear from these lads from all the way from the N-Y of New York itself.

Beach Fossils were leading the rat pack with the very own version of echoic pop and dreamy vocals that enraptured the broken hearts of the hippiest of the hipsters. It puzzles me how they manage to put out their brand of moody indie pop to the masses, which I find so pervasively off-putting but yet so alluring. The result is a foreboding sense of an insect unwarily approaching an inconspicuous pitcher plant. 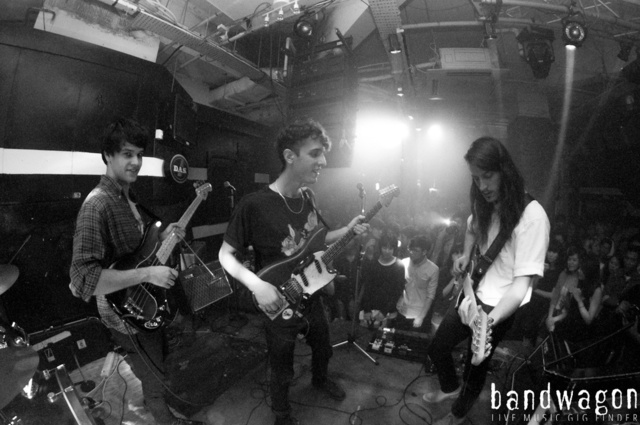 And if you’ve followed closely to the little updates Beach Fossils/Craft Spells’s bassist Zachary Cole Smith was putting out you would have known a new Beach Fossils album is in the works. About six songs from their new album were divulged and met with the go-ahead from the crowd in the form of wild dances and little skips in the middle of the dance floor. The twenty-song set came to an end in under an hour much credited to their usual two minutes odd duration per song, and the reluctant response from the crowd to end the night this way was influential in the decision to play one last song.

“If you chant loud enough we might just play one more song." It was then, that you could see the quartet just reveling in the madness of their popularity.

After ending the night with ‘Daydream’, the most compelling thing about this band is their amiable stance to their fans, the band were deep into exchanging stories far late into the night; from Dustin’s neighborhood in New York to talking about how far into our little city would he have to go to get mugged and even a rundown of his growing tattoo collection. A fan even drew up the courage to request for a tattoo drawn out from Dustin himself, after drawing a blank for most parts he settled with drawing three rows of dots which I describe as hipster art, which he suggested she have it tattooed over her face like organized freckles. 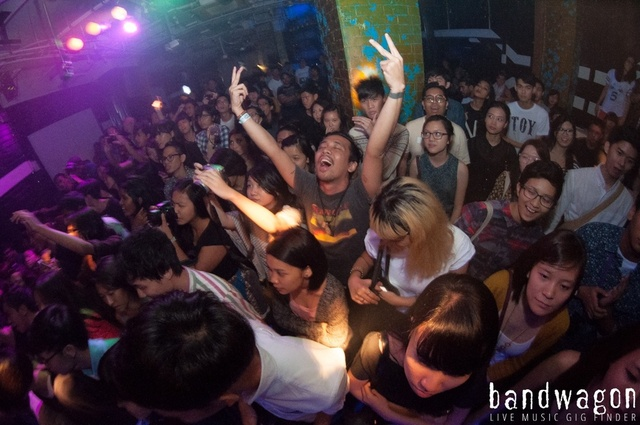 Atypical tattoos aside, there is no sense here on what the effects this new genre of music is bringing, with the ever revolving door of what’s in and out in music swinging in full swing almost every week, I could only wonder which band Symmetry Entertainment would bring in next. (★☆★☆★☆★☆★☆★☆★☆★☆★☆★☆★☆★☆ maybe? Hint Hint*)

I shall remain forever hopeful.