From turning the dials on an old radio in the 60s, a lot has differed in terms of how music is consumed now, in the 80s, you either rock the boombox over your head John-Cusack style or trade cassettes like they were Pokemon cards. In more recent years, we pick up our touch screens and our apple pods, while glancing through playlists on Spotify.

In a similar parallel line, pop music has progressed in almost the same speed. The speeding bus of pop brought us through Frank Sinatra, the Village People and Take That, with the new century stopping at Beyonce and Mariah Carey. In recent times, there’s a new face of pop music; artists who make homes in truth and provoking critics and non-believers with a blatant finger to their faces. 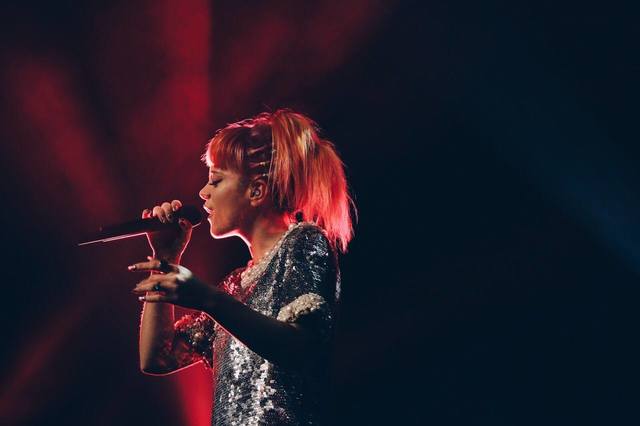 Lady Gaga who stands up for queerness and gender-being, was banned from performing in Indonesia. While Lily Allen famous for leading fans in a unison of “fuck you-s” aimed at ex-president of the USA, George W. Bush, was involved in an eating disorder, an online feud with rapper Azealia Banks and accused of being racist. Pop is no longer a holy word, it is a dirty word now.

When Songstress Lily Allen came to The Star, the Singapore crowd had a taste of the grease and grime. Even though the British mother of two is not as successful as her third-cousin and four-time Grammy Winner Sam Smith, she hasn’t toned down from her notorious antics since her last album in 2009, and she still isn’t afraid of singing about monthly blood flow issues or working at home from her parent’s basement.

Speaking about her six-year hiatus in-between albums, Allen points the finger at her two new-borns before jumping into the studio to produce Sheezus, after declaring that music is what she’s good at and where she should be at. Tracks off her third album glittered with a glow, ‘URL Badman’ sports a new look with sleek lines and dubstep wobbles, while opener and title-track ‘Sheezus’ is a lovely weave of poppy hooks and bouncy beats while namedropping names from Katy Perry to Lorde. 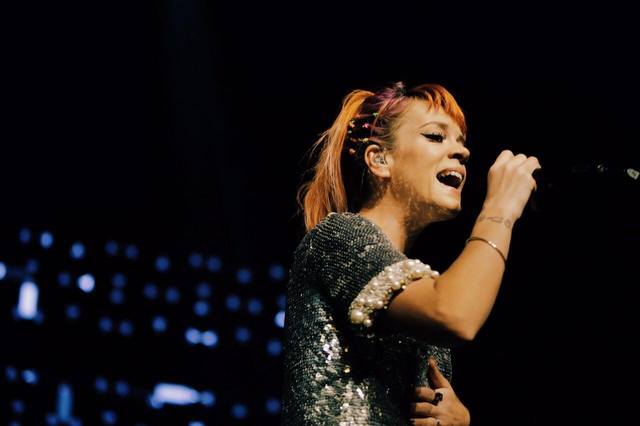 Everyone knows the effects of cyber-bullying, so let’s not undermine the effect of the b-word, this is still relevant stuff even in Singapore. Writing about the ugly online exchange with rapper Azealia Banks in ‘Hard Out Here’, Allen preaches about critics getting on her back regardless of the material she puts out; sugar-coating an age-old lesson in honesty and staying strong while backing it up with a strong back-hand slap behind it.

In the encore, Allen does one for a fan seated in the upper gallery of the Star and another burly man in the front row, inviting the pair onstage to perform closing track ‘Fuck You’ with her. While the pair were appreciative and profuse in their thanks, fans behind the barricade were equally tenacious in their response, screaming ‘fuck you’ loud into the first day of week.