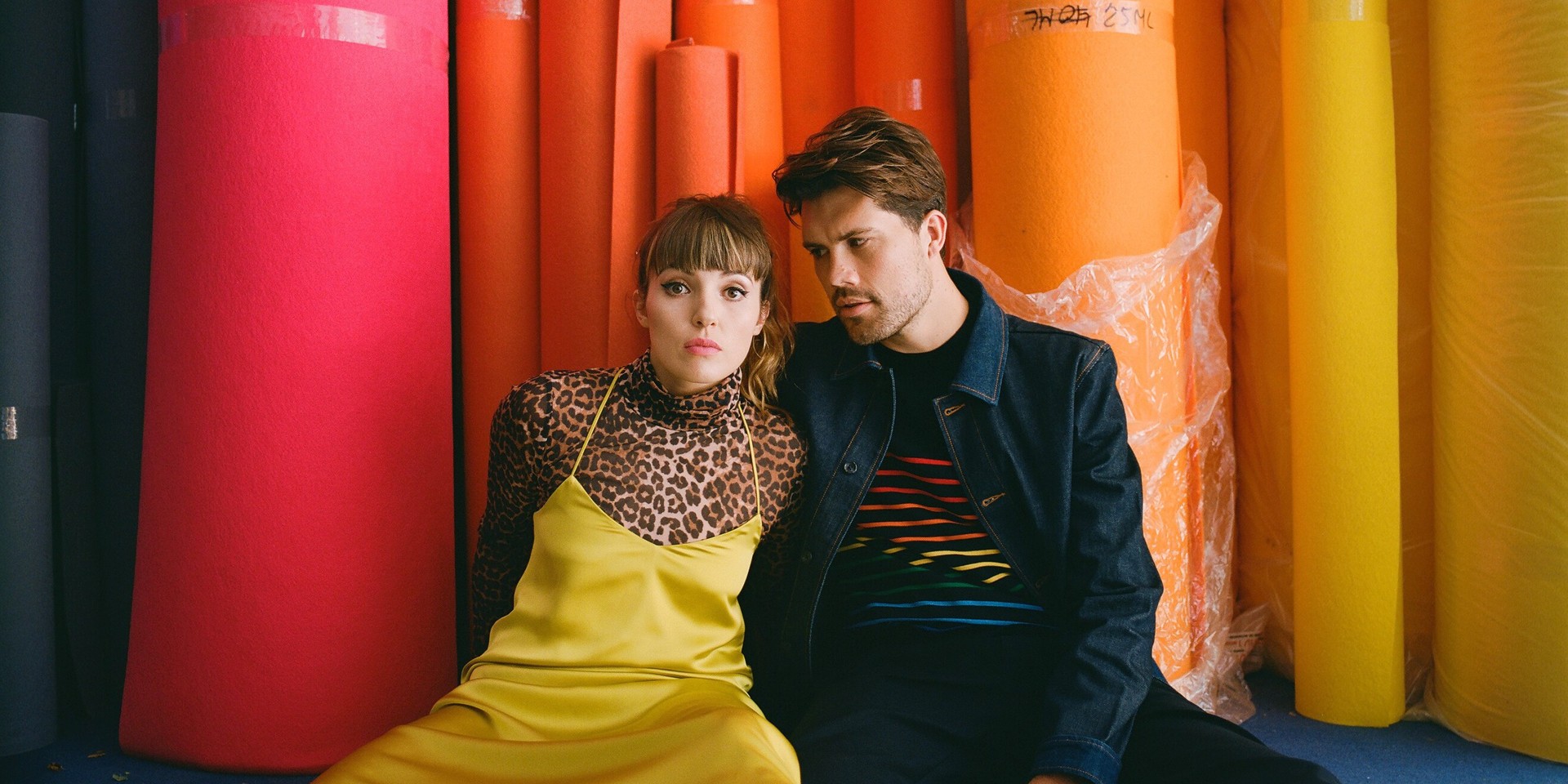 It would not be an exaggeration to say that Oh Wonder’s success arrived as a surprise even to the duo. However, in spite of its international acclaim, they still view everything as a dream.

The London-based alternative-pop duo, consisting of Anthony West and Josephine Vander Gucht, was initially conceived as a songwriting project. It started putting its music out to the world on SoundCloud in 2014, branding itself as “Writing duo, one song a month”.

Oh Wonder released its first eponymous album in 2015, followed by its second, Ultralife, in 2017. Its latest single, ‘Hallelujah’, was unveiled earlier this month. Every work it has put out is testament to how, five years on, it remains ever-faithful to its distinctive, resplendent harmonies and lyrical sophistication.

After they played the Music is Universal showcase, West and Vander Gucht share with us how 'Hallelujah' is a track dedicated to those who doubted each of them and their fidelity to their music-making process.

How was the show last night?

Anthony: It was amazing. We haven't been on stage for years, so to be on stage in Singapore, in front of loads of people, was crazy. We've been off tour for so long, we forget that people know our songs.

Josephine: Yeah it's so cool. We played our new song 'Hallelujah' for one of the first few times. Everyone knew the words – it was a really amazing evening.

‘Hallelujah’, an anthem of self-acceptance, has been out for about two weeks. Could you bring us through, on a personal level, what this song means to the each of you, and also as a collective?

Josephine: To me, the song means to ignore the people who have told me in the past that I would never make it as a musician. I remember being 17 and this guy coming up to me after I played a show, going like "You're not very good, you should just give up on music, you should go get a real job, and just don't try." I obviously ignored him and now I'm here! So it's a big "F you" song to anybody that tells you you can't do something.

Anthony: Mine's a similar story. When I was in school, my teachers wouldn't allow me to study music because I wasn't good enough, because I couldn't read music. The whole system in the UK is geared towards university. I was the only person in my school that didn't apply to university and that was frowned upon. It's nice to basically say “fuck you” to my teachers.

Josephine: It feels like a dream, to be honest. It feels really unbelievable. There're no words better than that. I don't believe it. It's crazy.

Anthony: Yeah it's fun. There's no way of explaining what we did last night to our friends and families.

Josephine: It's incredible. We feel super, super grateful. It's like the biggest blessing, the biggest bonus.

You have been here since Monday. Have you managed to try anything fun?

Anthony: We tried a lot of food today. We had curry puffs.

Yes, I love it. Which one was your favourite?

Josephine: We're not fans of ondeh-ondeh.

Josephine: Oh that was good.

Josephine: Yeah exactly. That was unbelievable. We're going to buy that at the airport and take it home. Five kilos, let's go.

Earlier, you mentioned ‘Hallelujah’, which will be included in your upcoming album. At this point, what can you tell us about the record?

Josephine: The record is -

Josephine: It's coming out in a few months and we're really excited about it.

Anthony: We've had taken our time writing it. We've had a lot of headspace, being home, getting used to normal life.

Previously, you released your albums single-by-single every month. Firstly, why did you choose to do it that way? Secondly, did it get exhausting?

Josephine: We chose to do it that way to impose a deadline on ourselves. We were actually writing, recording, and then releasing a song every month. We work really well under pressure.

Anthony: There was a lot of pressure, but there also wasn't. Because no one was expecting anything from us. We were just two people making music. We weren't really a band.

Josephine: And also, releasing music is the best bit of your job. You make these songs at home, you live with them, and then, I don't know, I imagine it's like sending your kid off to school for the first time. It's like, "Go on, run, you can do it!". So yeah, it's the best bit. We're going to hopefully release some singles for this album – once a month is the plan.

Have you ever thought of releasing a record on its own? Twelve songs at once.

Josephine: We have. Making music is the easiest bit in our jobs, definitely. Touring is really hard, just because it's so physically demanding.

Anthony: We might do that in the future. Yeah, you can be quite lazy with songwriting and being at home.

Your previous albums didn't feature many artists. Will this record have features?

Josephine: Nope, no features on that.

And have you ever thought of collaborating with any artists?

Josephine: We definitely would love to work with a bunch of people, which I think we might do next year. We just had a great time last night with Jeremy Zucker. He's in town, so we had a chat with him. Maybe we'll get him on a song, we'll see.

We have a couple of months left till the end of 2019. What are you looking forward to for the rest of the year? Will there be more singles?

Anthony: Yeah, there's loads more music coming out. We start rehearsing for a big world tour which starts in March. At the moment we're trying to think of ideas for what the stage is going to look like and what songs we're going to play.

You are also very involved in your stage-planning and visuals.  Can you give us an idea of what the visuals for this upcoming record is going to be like? Is it going to be any different from your previous works?

Josephine: Definitely. The album, generally, in terms of the artwork and our photos, is a lot more colourful. We're going to try to inject a bit of that into our live show. The live show as well is going to be even more of a spectacle, we hope. We're going to try and make it into a really big show. That's the plan.

Any plans for a headlining show in Singapore?

Anthony: We'll come back in May, hopefully.

Josephine: The number one plan.

Is there anything you would like to say to your fans in Singapore?

Anthony: Thanks for letting us come to your insane country.

Josephine: One of my favourite places. You have the best toilets in the world, that's official. The toilets at the airport in Singapore are unbelievable. You can lounge in them, there's so much space.

Anthony: Lounge? Who's going to lounge in the toilet?

Josephine: I got in with my suitcase, and my bag, and my coat, and I still had space to lounge. I mean I didn't, but I could have lounged if I wanted to.

Anthony: Is that a sign of a good toilet?

This is so interesting for me to hear. To us, it's just a washroom.

Josephine: No way. You've got the best washrooms in the world.